Aftershocks Expected for Days After Quake 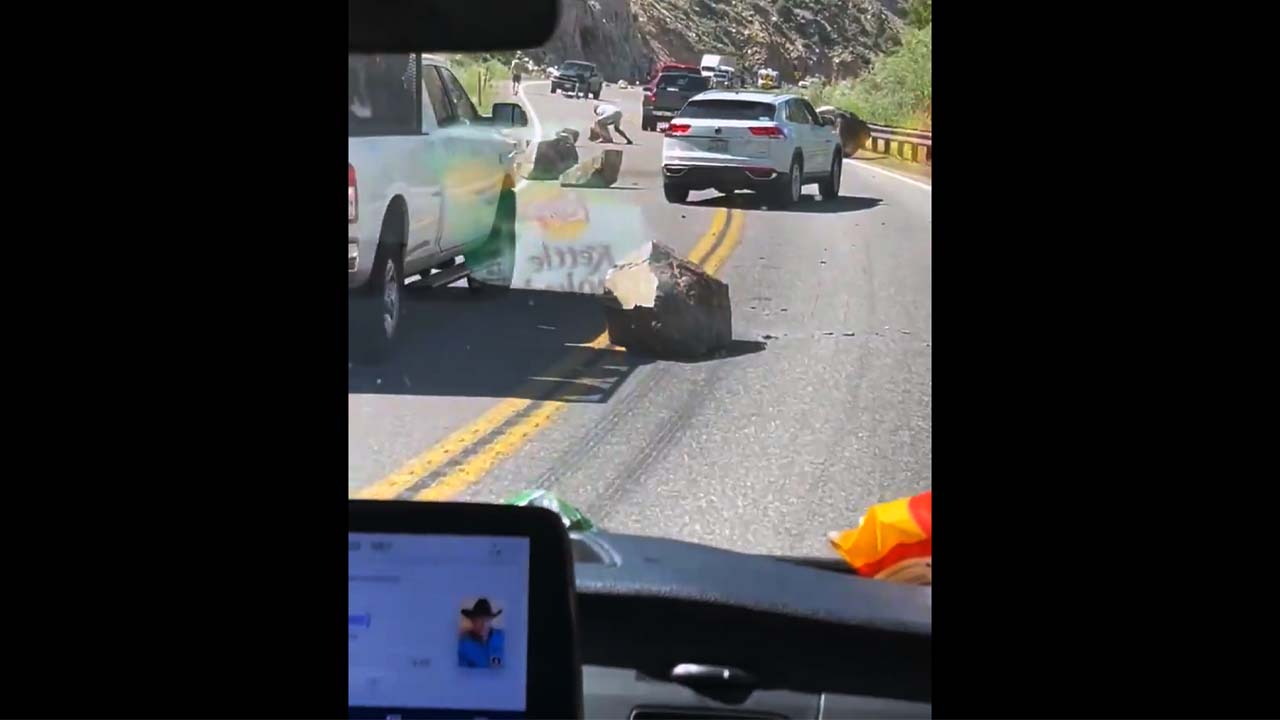 Boulders blocking U.S. Route 395 near the California state line with Nevada, after an earthquake Thursday, July 8, 2021. (Brett Durrant via AP)
Share with friends

A magnitude 6 earthquake jolted both sides of the California-Nevada state line, tossed boulders onto a major roadway and was felt as far off as Las Vegas and the Central Valley, with days of aftershocks predicted, authorities said.

The quake shortly before 4 p.m. Thursday was centered south of Lake Tahoe near Walker, a rural community of a few hundred households in the eastern Sierra Nevada. No major damage or injuries were reported, authorities said.

It was followed by dozens of aftershocks, including at least a half-dozen of magnitude 4 or above, according to the U.S. Geological Survey.

“The ground was shaking pretty bad, and then everything started falling,” said Carolina Estrada, manager at Walker Coffee Company. Syrup bottles broke, dishes fell to the ground and the roof of the shop caved in a bit.

The shaking lasted 30 seconds or more, she said.

“We ran out of the building,” Estrada said. But the shaking continued, and “boulders the size of cars” fell onto nearby U.S. 395, she said.

The California Highway Patrol said some cars were struck by rocks but there weren’t any injuries. Video from drivers showed cars slowly navigating around big blocks of stone that littered the roadway.

At one point, rockslides closed about 40 miles (64 kilometers) of the interstate, a major route through the northern Sierra Nevada, but the road reopened some hours later.

Boxes flew off the shelves at Smith’s Food and Drug in Gardnerville, Nevada.

“Our whole entire store was shaking,” said Brittany Oswald, who works at the store’s deli. “I just stood there and held onto a table, and waited for it to end.”

Aftershocks Felt Throughout the State

The seismic waves rolled out across the eastern Sierra — where thousands of people camp and hike in national forests — westward through California and were felt about 250 miles away in San Francisco.

Reports of damage or injury might not be available for days because a lot of the shaking was felt in remote areas, Ballman cautioned.

The quake occurred along the Antelope Valley fault, which extends across the state line near Topaz Lake. Quakes aren’t uncommon there, seismologists said. Last month, a magnitude 5.8 earthquake rattled the eastern Sierra town of Lone Pine and sent boulders crashing down Mt. Whitney.

However, Thursday’s temblor was the largest recorded since a magnitude 6.1 earthquake struck the area in 1994.