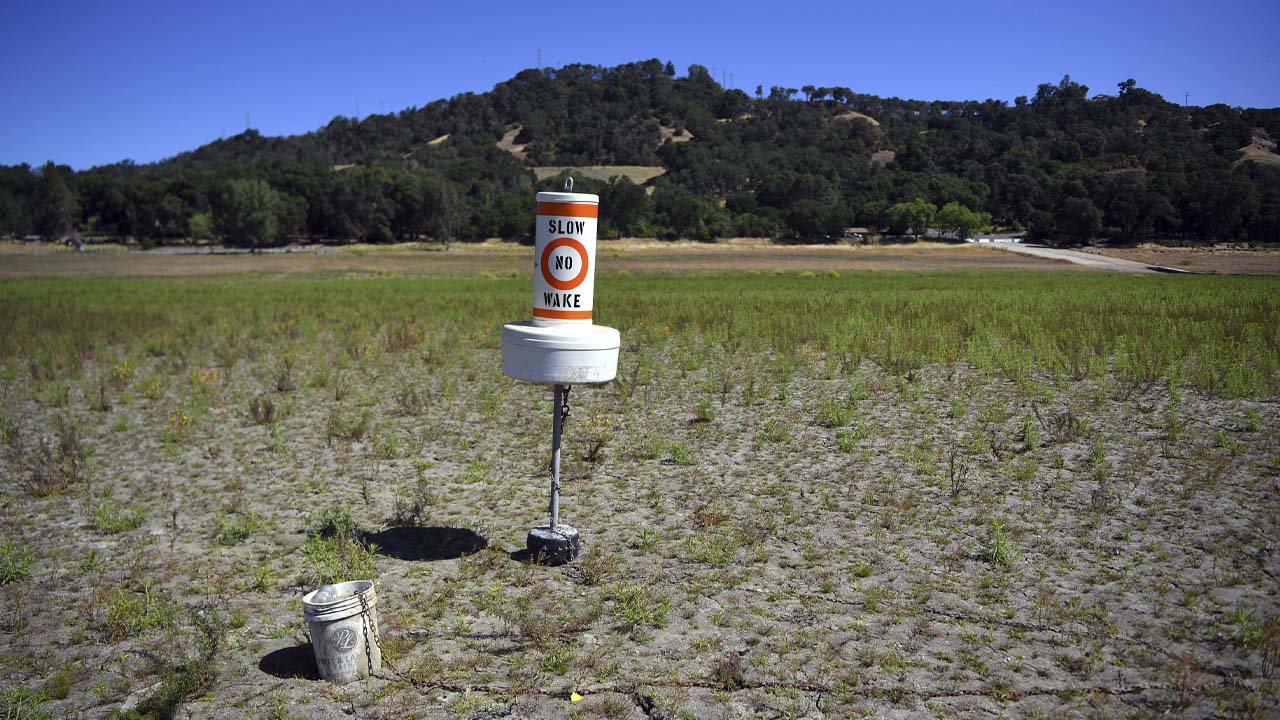 California Gov. Gavin Newsom on Thursday asked people and businesses in the nation’s most populous state to voluntarily cut how much water they use by 15% as the Western United States weathers a drought that is rapidly emptying reservoirs relied on for agriculture, drinking water and fish habitat.

Newsom’s request is not an order, but it demonstrates the growing challenges of a drought that will only worsen throughout the summer and fall and is tied to recent heat waves. Temperatures in parts of the region are spiking this week but are less intense than the record heat wave that may have caused hundreds of deaths in the Pacific Northwest and British Columbia a week ago.

California’s Democratic governor is asking for voluntary water conservation, which would include things like taking shorter showers, running dishwashers only when they are full and reducing the frequency of watering lawns.

“Given how low the reservoirs are going to be at the start of next year, the governor wanted to issue the voluntary call in the event that next year is also dry,” said Karla Nemeth, director of the California Department of Water Resources. “The voluntary conservation is as much about planning for a dry next year as anything.”

Large cities, including Los Angeles, San Diego and San Francisco, are not included under the emergency proclamation. But Newsom is still asking people who live in heavily populated areas to reduce their water consumption because they rely on rivers and reservoirs in drought-stricken areas for much of their supply.

A historic drought tied to climate change is gripping the U.S. West and comes just a few years after California declared its last dry spell over in 2016. The earlier drought in California depleted groundwater supplies and changed how people use water, with many people and businesses ripping out landscaping and replacing it with more drought-tolerant plants.

Some of the state’s most important reservoirs are at dangerously low levels. Lake Oroville in Northern California is at 30% capacity, and state officials worry water levels could get so low they might have to shut down a hydroelectric plant later this year. Along the Russian River, officials fear Lake Mendocino could empty later this year.

Counties included in the proclamation are eligible for various state actions, including suspending some environmental regulations.