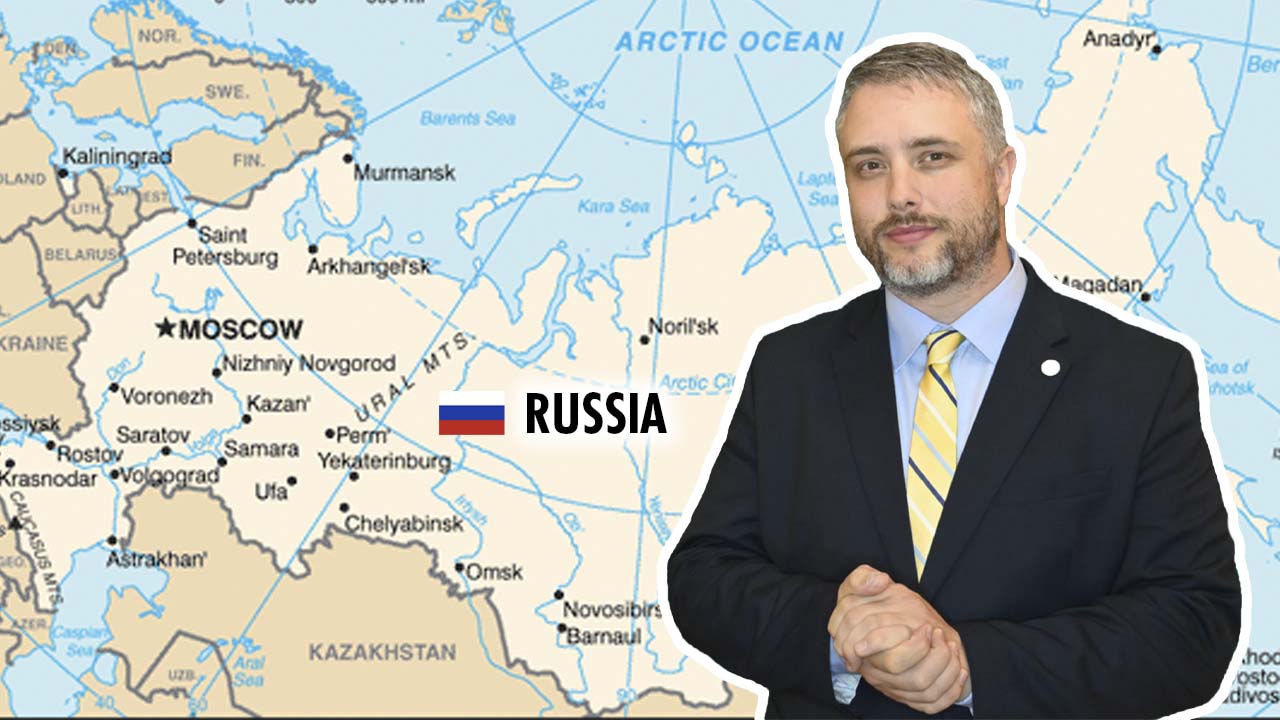 Louis Marinelli believes that California should separate from the rest of the United States so much, he is living in Russia. He also plans to run for governor in the upcoming recall election using a Fresno address.

The election to determine the fate of Gov. Gavin Newsom is scheduled for Sept. 14. Marinelli is one of an 100-plus candidates expected to run to replace Newsom, if he is recalled.

“I personally have labeled him as a rising despot, an authoritarian. I do not believe that the elections will be held fairly and freely in California,” Marinelli said this week at a news conference in Russia.

Has Lived in Russia for Last 5 Years

Marinelli has called Russia his home for the last five years, “because he no longer wanted to live under the imperialist American flag, says he’s ready to return to California if it means getting California out of the United States and the United States out of California,” a news release said.

He calls himself the leader of the California Embassy and Cultural Center in Russia, acknowledging it is not an official government function. He called it a “people’s embassy.”

One other Fresno candidate announced his intention to run, entrepreneur and perennial candidate Nickolas Wildstar.

And we have our petition forms to start collecting signatures to qualify for the ballot to #RecallGavinNewsom on September 14. pic.twitter.com/eYLwti6GbS

Is Registered to Vote in Fresno

Marinelli, the man behind the CalExit movement, filed paperwork in Fresno last week to collect signatures to avoid paying the $4,194.94 filing fee. By the Tuesday deadline to return the signatures, his campaign turned in five. Each valid signature can reduce the filing fee by 60 cents; 7,000 would be needed to waive the fee altogether.

Though he was previously registered to vote in San Diego, Marinelli has now re-registered in Fresno, a fact confirmed by Fresno County Election Clerk James Kus.

Marinelli’s address is for a central Fresno home in a quiet neighborhood near Fruit and Shield avenues.

Real estate records indicate it is a rental. GV Wire asked the Marinelli campaign what his connection is to the home, but did not receive an answer by time of publication. A current resident at the home said he knows Marinelli and has worked with him in the past. 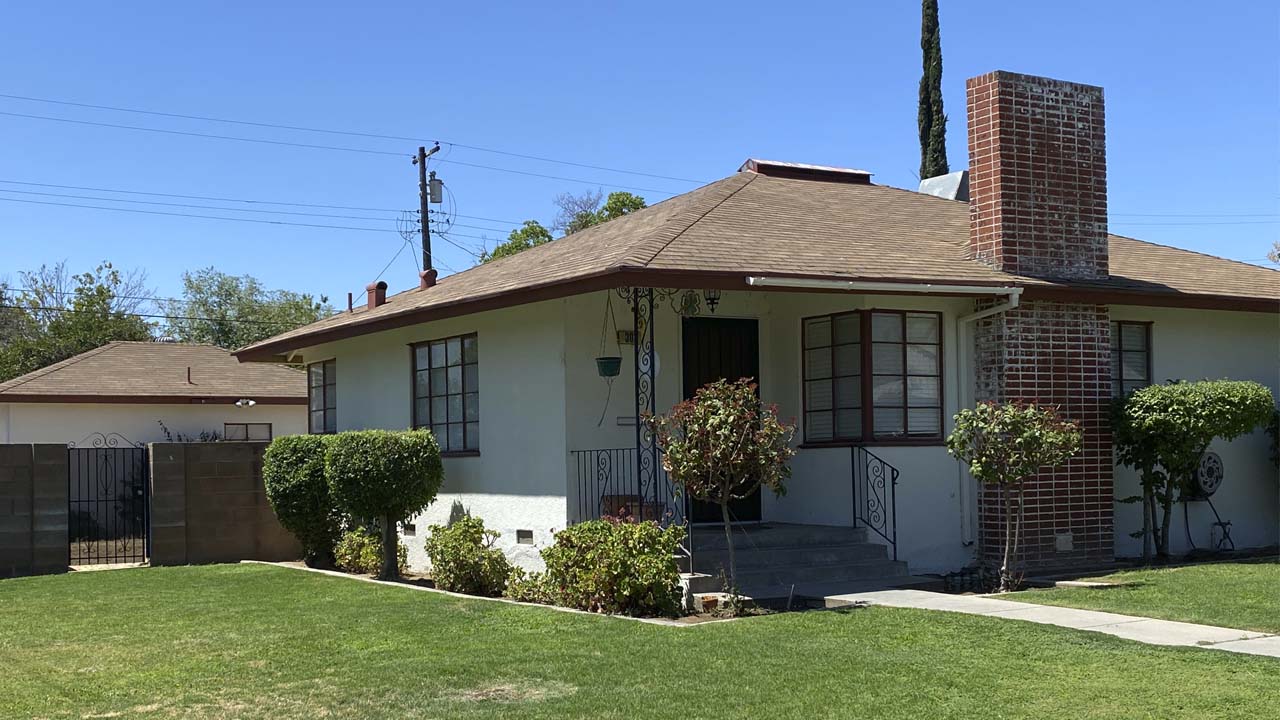 Marinelli did not file the signatures-in-lieu paperwork personally. That is allowed, Kus said.

“A candidate can have an assigned individual pick up the materials. Now, they have to provide a letter from the candidate saying that someone has been authorized to do so,” Kus said.

But, if he does run, he needs to return to California to take an oath as a nominee for public office, Kus said. It can be done in any elections office in the state, or by a California notary public.

Could any candidate, such as Marinelli in Russia, take his oath away from California?

“Sounds like they couldn’t,” Kus said, noting he is not an attorney, just the election clerk.

Marinelli says he is working on getting his wife a visa “which is difficult to do because of the sanctions war Biden started with Russia.” Marinelli said his daughter has acquired U.S. citizenship.

Marinelli held a news conference in Moscow on Wednesday, 11 a.m. Moscow Standard Time (1 a.m. Pacific Daylight Time). He spent most of his 25 minutes blasting Newsom and the scheduling of the recall election.

Louis Marinelli, California governor candidate and independence for California campaigner is holding a press conference in Moscow to make several announcements about his campaign for governor. pic.twitter.com/4OG7O6ZLlb

If elected, Marinelli wants to explore California seceding from the United States, break up the “one-party rule” in the state legislature, and expand maternity leave to be more in line with the three years Russia offers.

Kus says mail ballots will be sent to every active registered voter by Aug. 16.

Several rules from the 2020 election will carry over — early voting starts Aug. 16 at the election office at 2221 Kern Street in downtown Fresno, with other voting centers open the weekend prior the election; voters can register on the day of election,

Like the 2020 election, Fresno County will have voting centers instead of neighborhood precincts. Kus is unsure how many centers will be in operation for Sept. 14.

“Our goal is to be as close to the same amount as we had in March and November of 2020, which is 53 vote centers. But we probably won’t have that many because we have had some partners say that they just aren’t available on this short notice,” Kus said.

Mail-in ballots have up to seven days after the election to arrive, as long as they were postmarked by Sept. 14. The last day for the Sec. of State Shirley Weber to certify the election is Oct. 22.

Voters can drop off ballots at a planned 66 drop boxes placed throughout the county.

Kus estimates it will cost his office $4 million to run the recall election. He anticipates it will be reimbursed by the state.

With last week’s declaration by Lt. Governor Eleni Kounalakis that the recall will take place Tuesday, Sept. 14, the timeline for candidates to file forms has started.

Candidates will also have to file five years worth of tax statements, a new requirement.

The official nomination period opens July 9 and closes July 16. Already, dozens of filed candidate intention forms. With the Sept. 14 date established, campaign financial report deadlines have now been established. The first report is due Aug. 5 (covering the period through July 31). Any contribution of $1,000 or more must be reported within 24 hours.

Recall candidates are subject to limits of $32,400 from any individual contributor. A quirk in the law allows the subject of the recall — Gov. Gavin Newsom — to raise money without any limits.

A complete Secretary of State checklist, with more than 100 items, can be found here.

Kevin Paffrath, a real estate professional with a sizable following on YouTube, campaigned in Fresno last Friday. Pictures provided by the campaign show about 30-40 people in a room listening at the Wyndham Garden hotel near the airport. 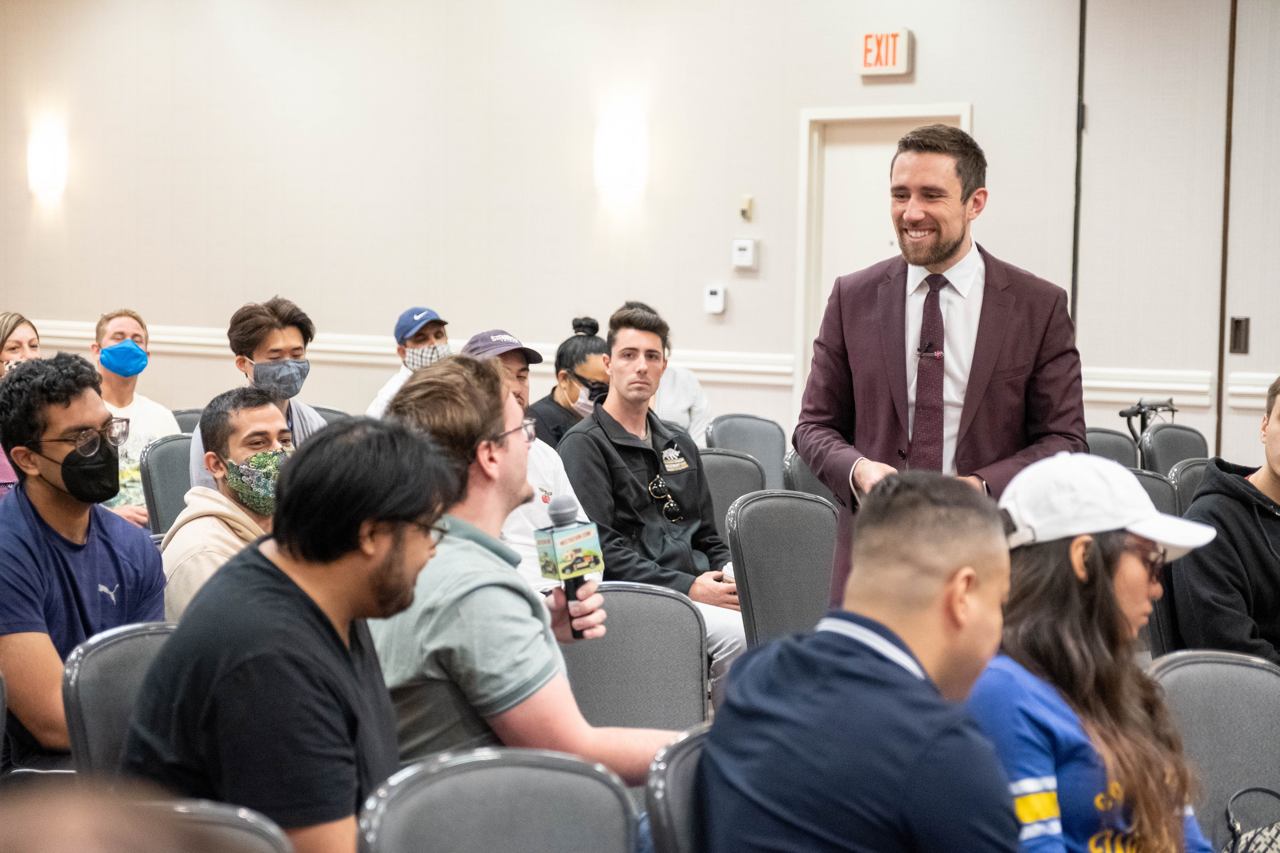 Related Topics:California recall electionFeatured
Up Next

Aftershocks Expected for Days After Quake