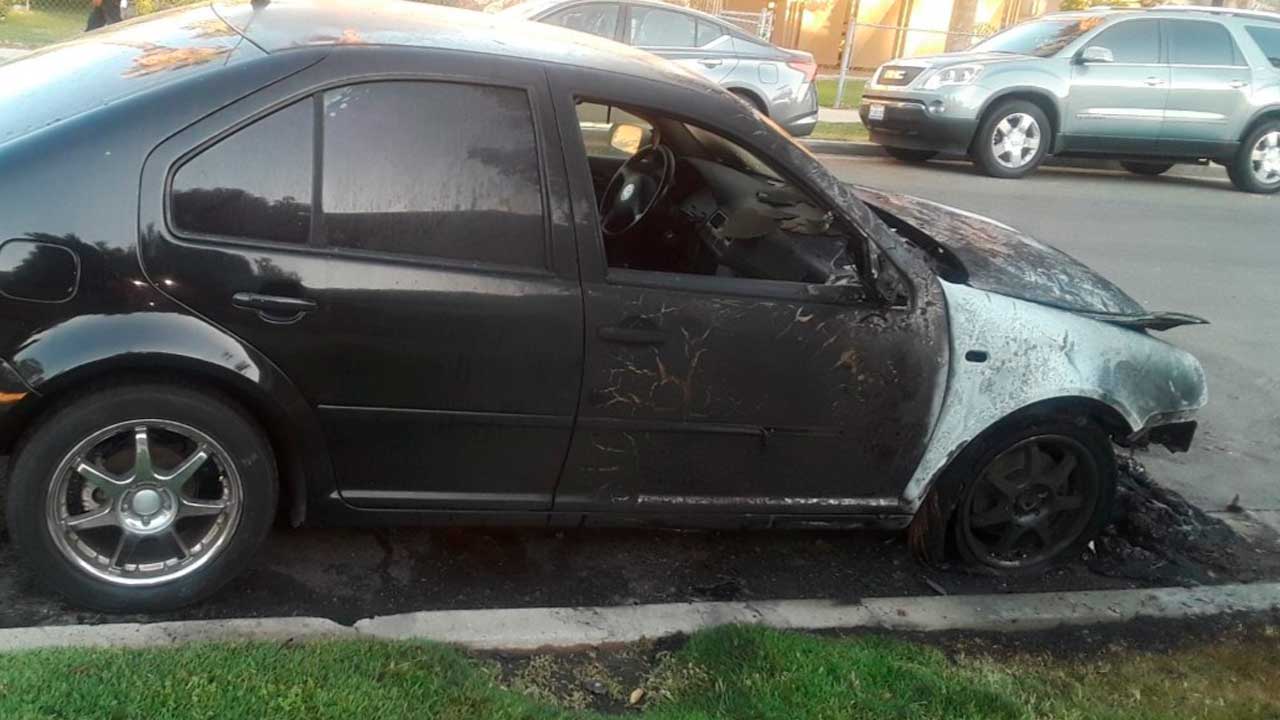 Fresno attorney Brian Whelan says lawsuits lodged against Valley restaurateur Bobby Salazar are tied to recent arson incidents, including an alleged “fire-bomb” attack last week on three vehicles belonging to the family of a woman who brought one of the suits.

Hilda Lopez, a former employee of Bobby Salazar’s Taqueria on Olive Avenue, alleges in a lawsuit filed this month that she was wrongly fired from her job and wrongfully discriminated against because of her pregnancy.

Salazar is president of Bobby Salazar’s Mexican Foods based in Fowler, which operates restaurants that bear his name and produces salsa and bulk food. Several calls by GV Wire to Salazar’s company for comment were not returned by the time of publication Monday.

Nine hours after Salazar was served with the lawsuit on June 22, three cars outside Lopez’s family home were destroyed by arson fires, Whelan said Monday.

Whelan has started a GoFundMe account to help the family replace the cars. The family relied on the cars for employment and also for doctors’ appointments and other family errands, he said.

“I hope the community will join me in supporting a hardworking neighbor who is trying to do the right thing and provide for her family,” Whelan said in a news release.

The former employee and her husband, the parents of four children including a baby, do not have enough insurance to cover the costs of replacing the vehicles, Whelan said.

“The Lopez car-bombings are not the first incidents of fire-related crimes tied to legal actions against Mr. Salazar,” Whelan’s release added.

According to Whelan, a witness in another wrongful termination lawsuit last year also was the victim of a firebombing of her car. Whelan said in a court document the attack occurred after he had turned over the witness’s statement to Salazar’s attorney.

In her statement, the witness claims Salazar offered her a $500 bribe to provide false testimony in the wrongful termination lawsuit. She is not being named by GV Wire because she is an alleged victim.

Just under two months later, “assailants attempted to fire-bomb the offices of the Whelan Law Group with incendiary devices akin to a Molotov cocktail,” according to Whelan’s news release.

In a court document, the attorney claims that his office was specifically targeted out of all the offices in his law firm and the rest of the northeast Fresno building.

“A particular brand of intimidation has emerged when it comes to seeking justice with Bobby Salazar,” he said. “Today, it’s inflicting massive property destruction and pain on hardworking Fresnans who are living paycheck to paycheck.”

Whelan said he has been in contact with Fresno Police, the Fresno Fire Department, the Federal Bureau of Investigation, and the U.S. Bureau of Alcohol, Tobacco, Firearms and Explosives in connection with the incidents.

The Fresno Fire Department did not immediately reply to requests for comment on Monday, but later Monday afternoon deputy fire marshal Jay Tracy confirmed that the incidents last year and last week are under investigation.

“That being said I can’t comment any further due to the potential it will jeopardize the investigation,” he said.