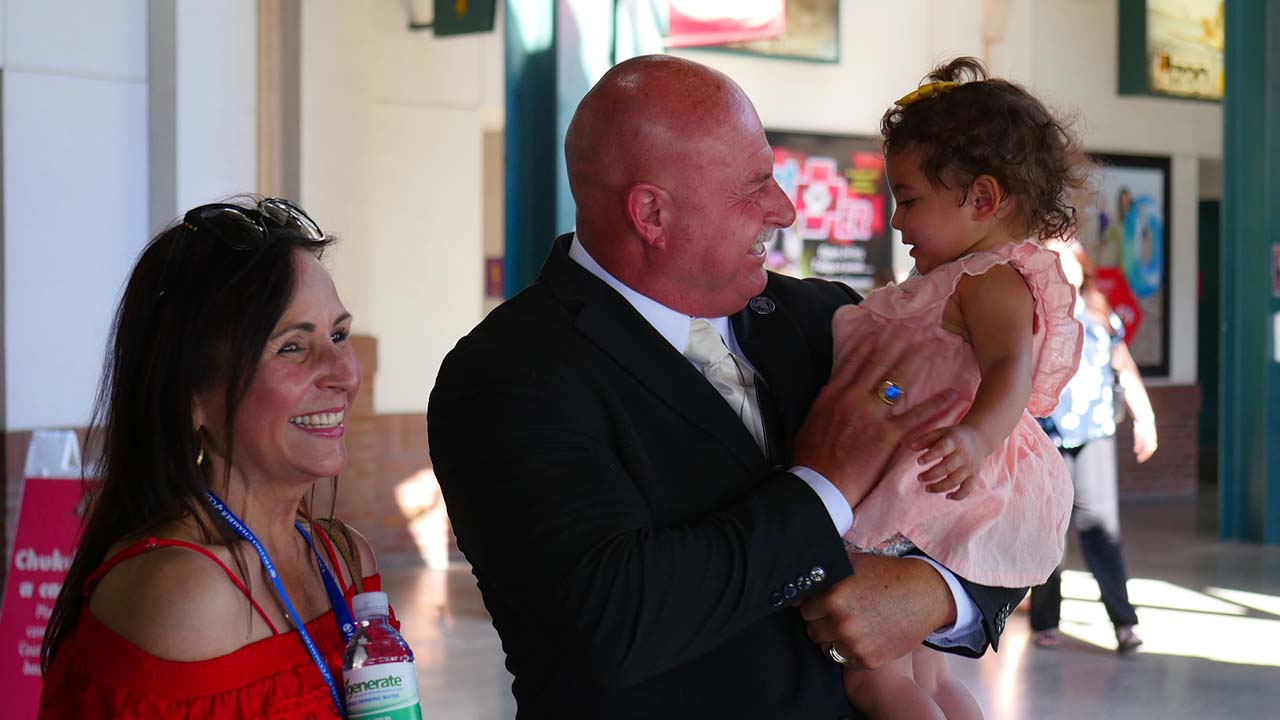 In normal years, the State of the City is a formal affair, with fancy tablecloths, rolls and the obligatory rubber chicken lunch.

After a year when the annual mayoral address presented by the Fresno Chamber of Commerce went virtual, the event returned in-person, in the morning and in a relaxed setting.

Mayor Jerry Dyer — with the city budget and Pride flag controversy behind him — delivered his inaugural State of the City address. Of the 1,500 in attendance at Chukchansi Park, only a few hundred paid attention.

Except for a the brave few sitting in the stands in the sun, most of the business and civic leader crowd opted for the shade of the concourse, kibitzing while Dyer spoke. It was hard to see Dyer — the stage was set up in the dirt portion of the infield — much less hear him through the on-field speaker setup.

Dyer spoke about topics he has touted for the nearly six months he has been in office — cleaning up the city through Beautify Fresno, moving the homeless from the streets to renovated motels, improving the city’s business climate, and increasing public safety.

During the pre-speech warmup, Dyer donned a baseball-like jersey. He was in suit and tie when he delivered his address. “I didn’t have a phone booth, but they gave me a dugout,” Dyer quipped.

“Communities across our country have become divided as a result of widespread social unrest. If we are to become a great city, we must set aside our differences and focus on those things that unite us. Regardless of our political affiliation, color of our skin, our neighborhood in which we live, we are One Fresno,” Dyer said.

For those keeping track, Dyer mentioned his slogan “One Fresno” five times during the body of his speech.

GV Wire was a corporate sponsor of the State of the City.

Some notes from Dyer’s speech:

— He vowed that Fresno would be “homeless free” by 2024, coincidentally the year Dyer is up for re-election. Outside Chukchansi Park, about a dozen protesters held signs criticizing Dyer’s homeless plan.

— Dyer’s plan in building homes in downtown Fresno will lead to 5,000 new units.

— Despite a Fresno City Council vote to the contrary, Dyer is moving forward with his Express Development Team — which would provide expedited service to approve building permits. Dyer’s team tells Politics 101 that while the City Council controls the city’s fee structure, they can’t dictate how planning department staff is used. The council rejected creating an express team that charged for its services, but did approve adding more hires to the planning department. 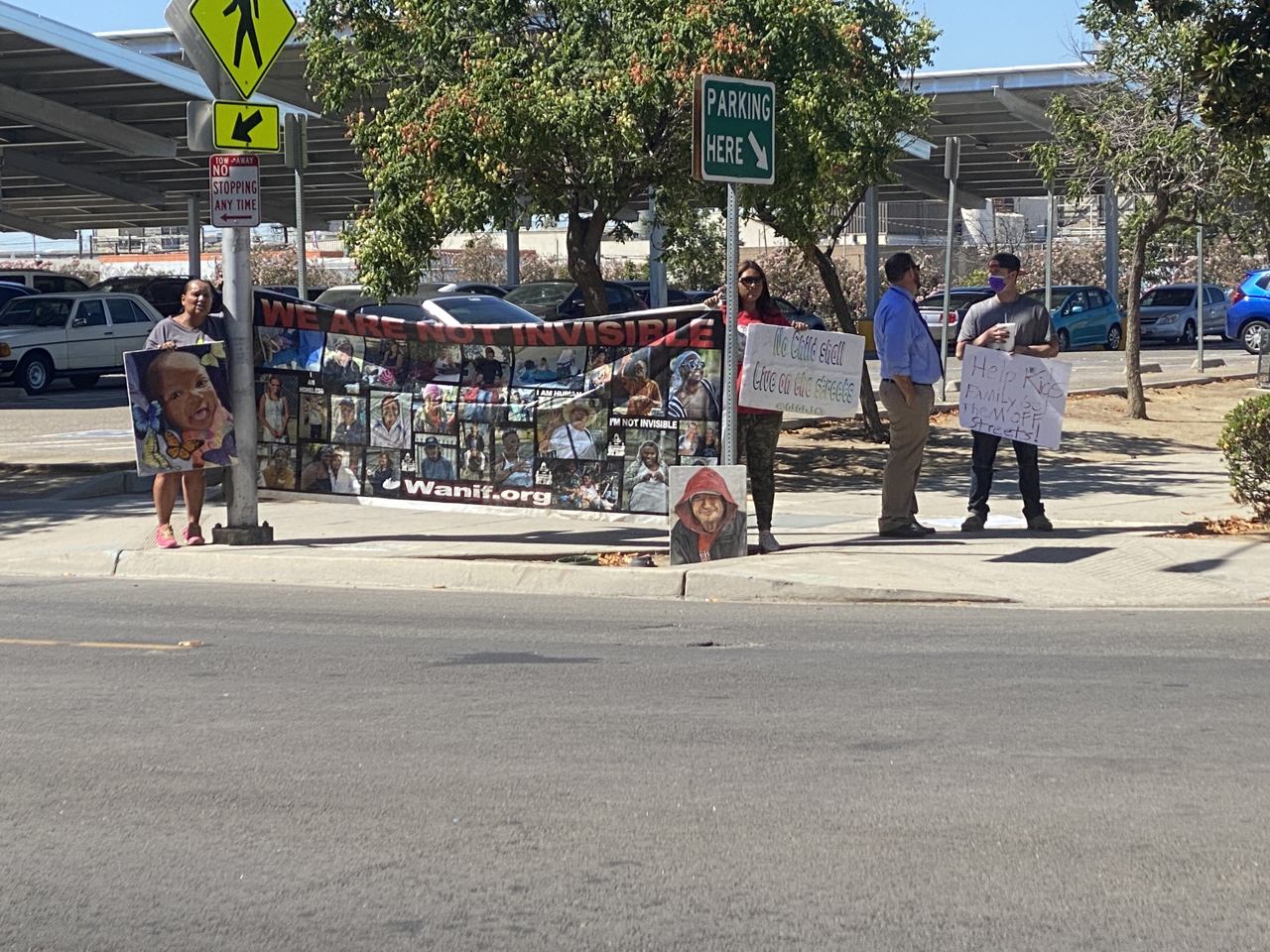 A group of protesters outside of Chukchansi Park, where Mayor Jerry Dyer delivered his State of the City speech. (GV Wire/David Taub)

While they sat at a table on the field, District Attorney Lisa Smittcamp sat in the stands. On Wednesday, Smittcamp announced she was investigating the City Council — without naming names — about possible violations of the state open meeting law regarding decisions made about Granite Park.

At their Thursday meeting, the council was set to vote on a settlement of a lawsuit brought by developer Terance Frazier and the nonprofit that operates Granite Park on behalf of the city. At Smittcamp’s suggestion, the council pulled the item from the agenda.

Neither Frazier, nor his fiancé, Fresno City Councilwoman Esmeralda Soria, were spotted.

Regarding the allegations of improper meetings, Esparza and Maxwell offered no comment when asked by Politics 101. 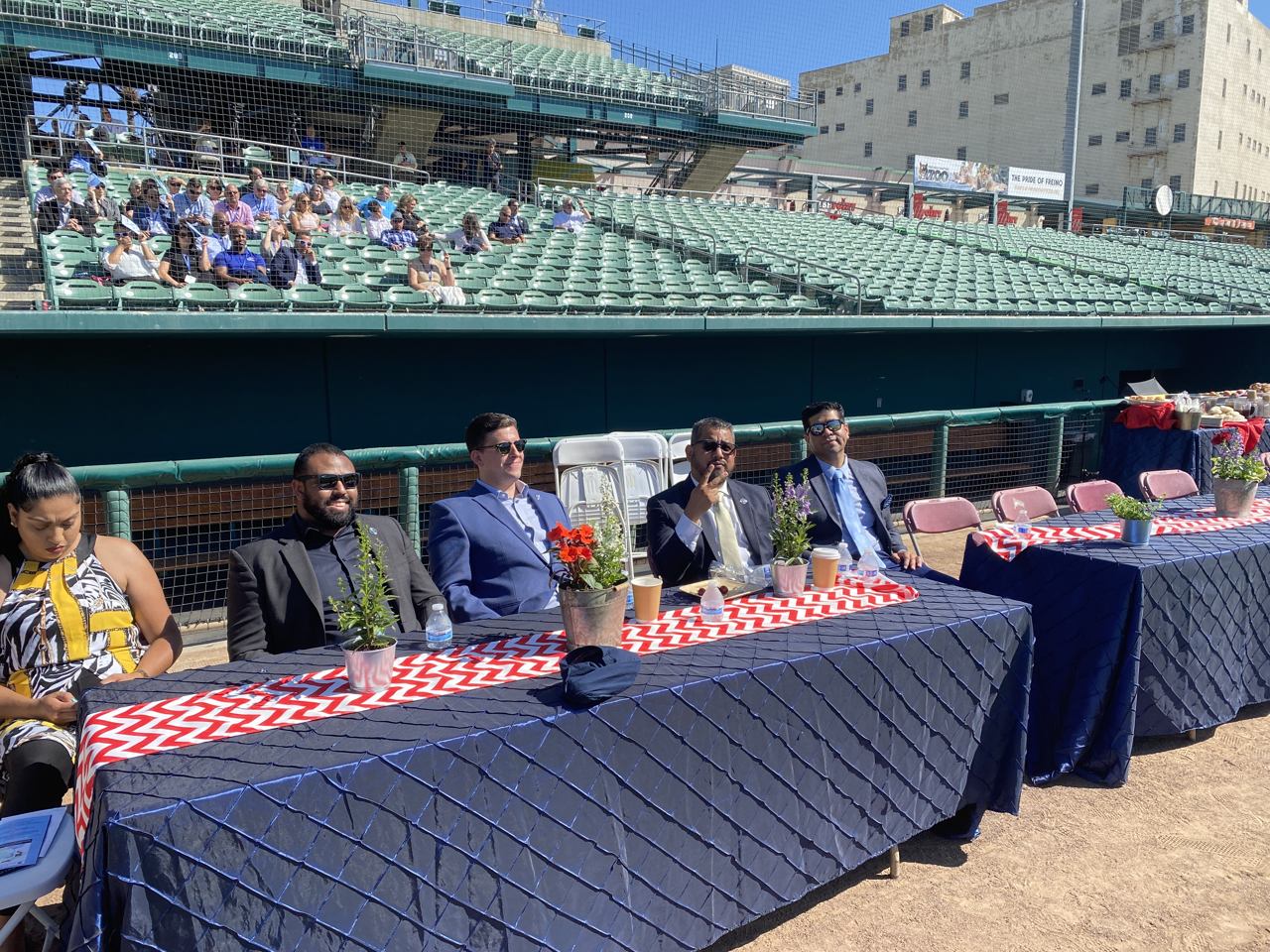 City councilmembers (from left to right) Nelson Esparza, Tyler Maxwell, Miguel Arias and Luis Chavez. District Attorney Lisa Smittcamp can be seen in the stands behind them. (GV Wire/David Taub)

Photos From the Event 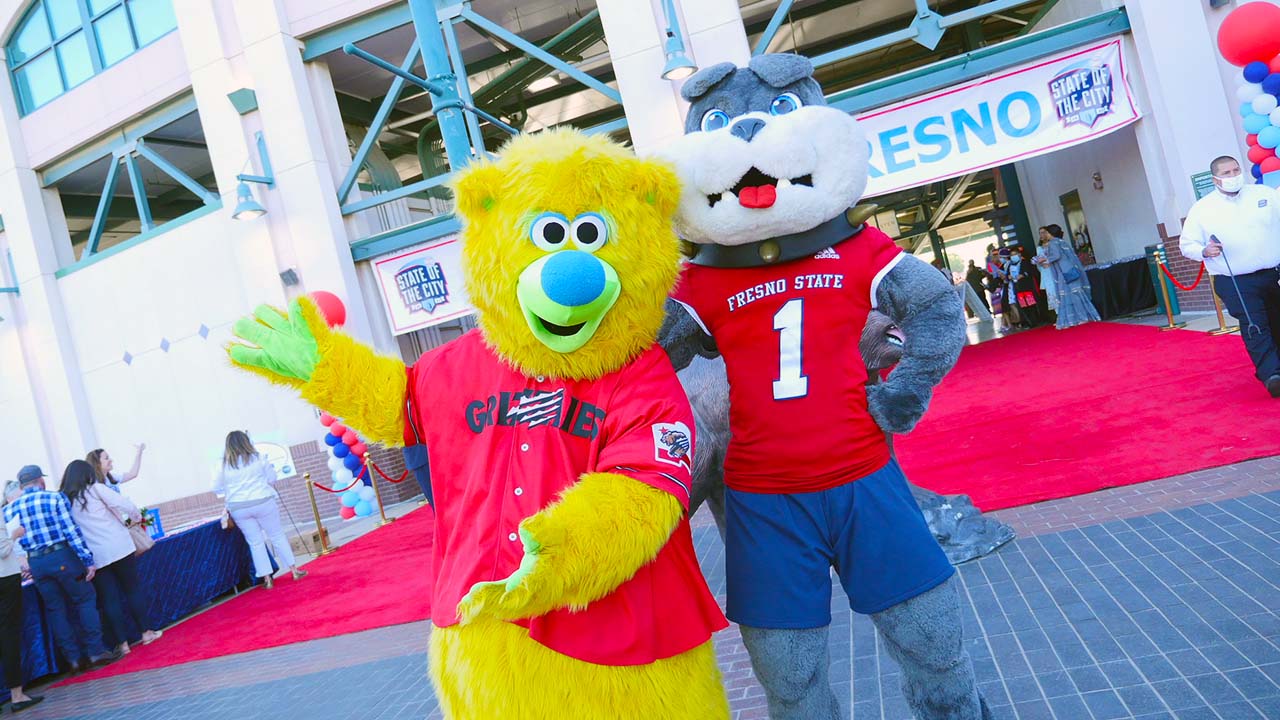 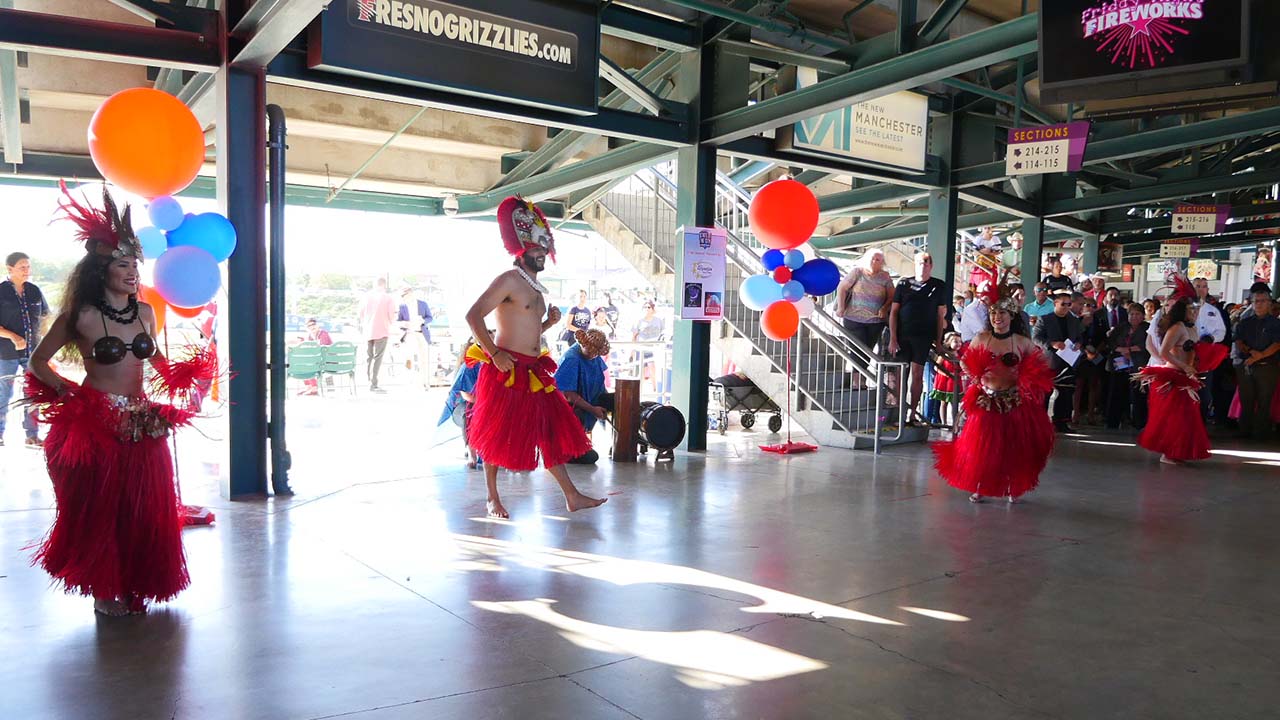 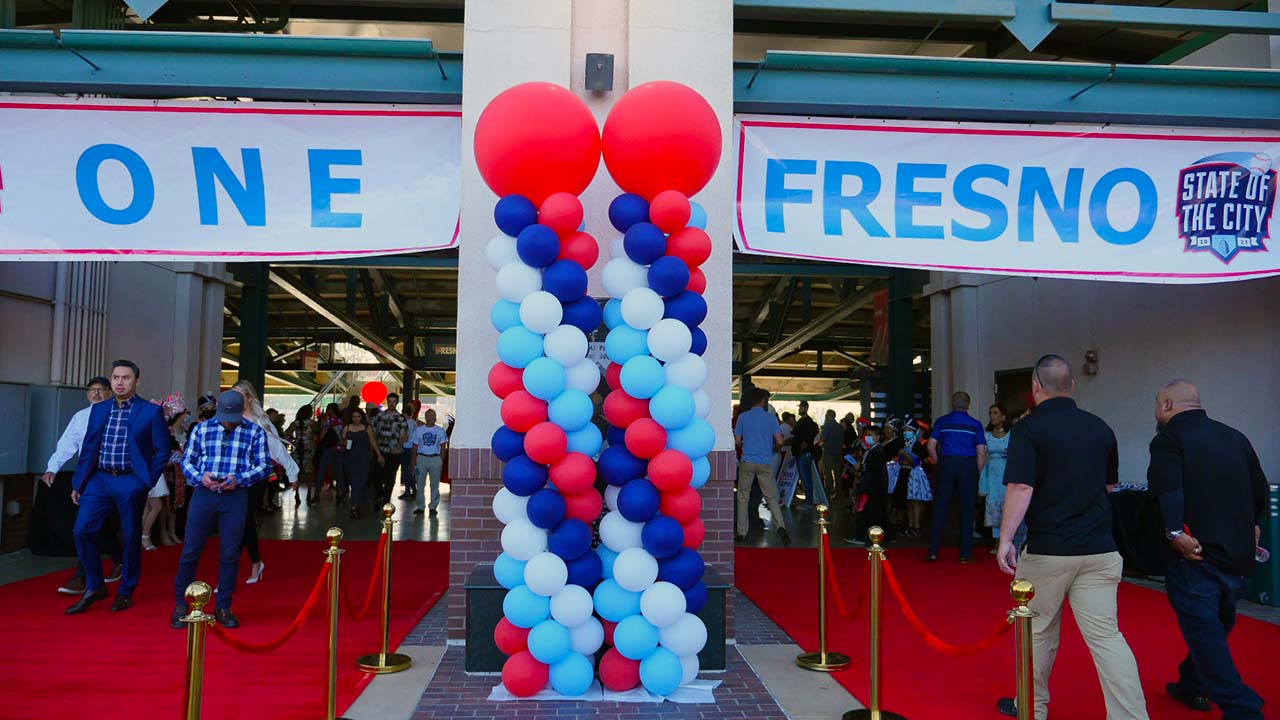 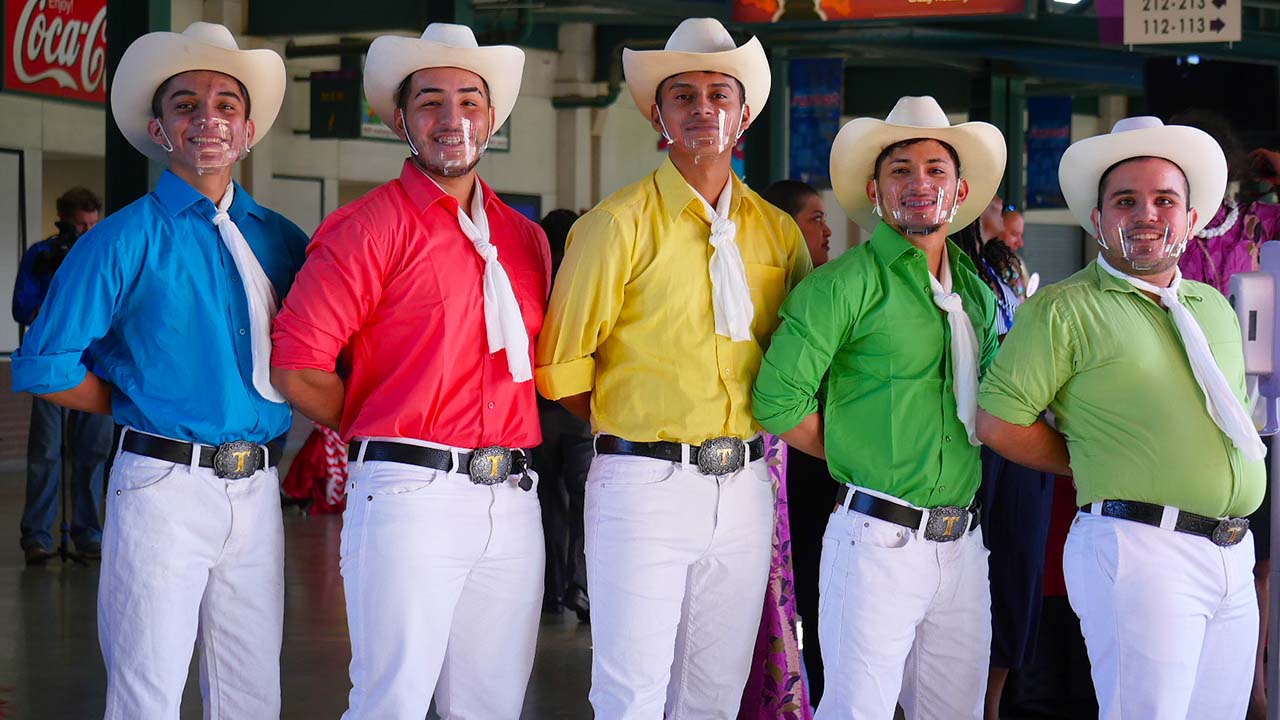 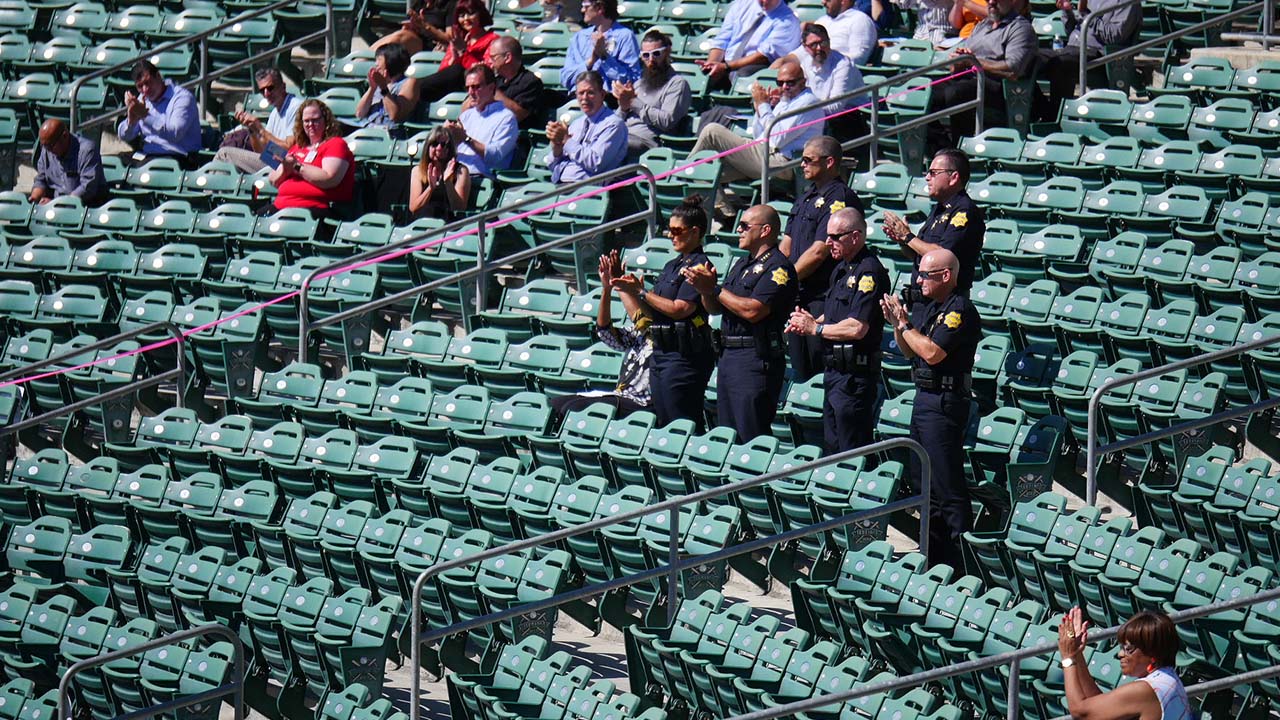 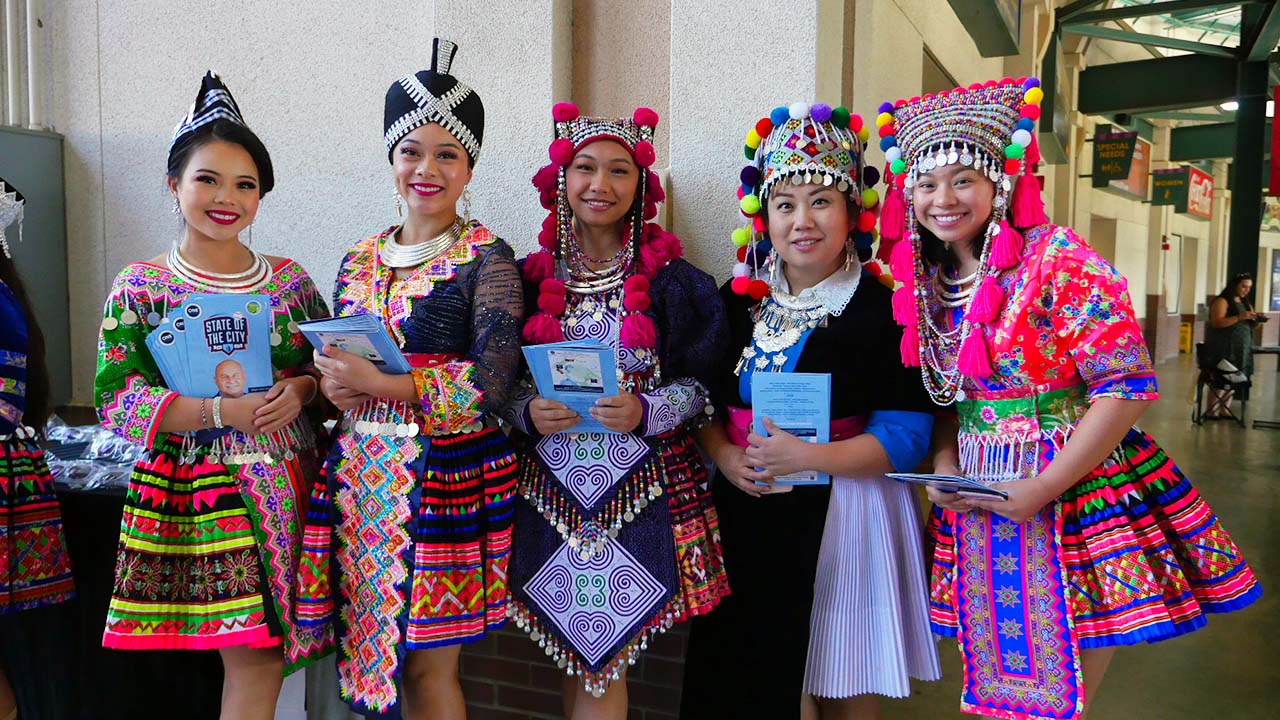 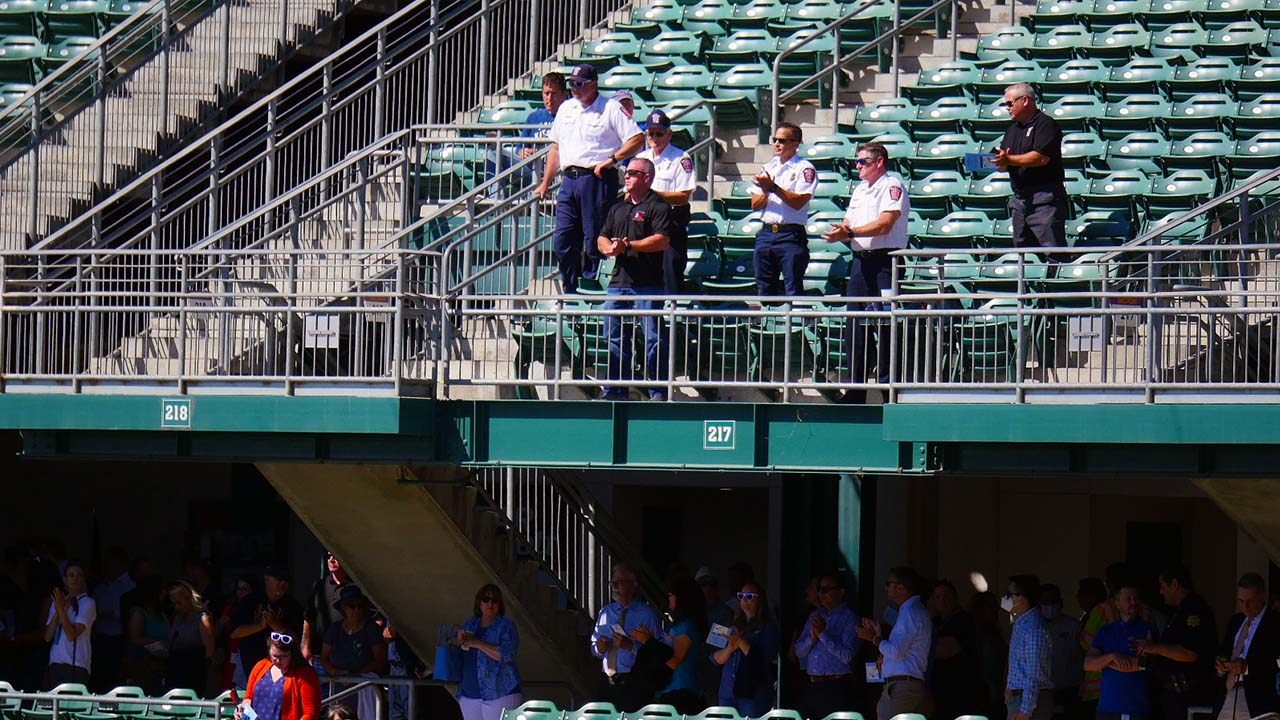 US to Keep About 650 Troops in Afghanistan After Withdrawal

Virgin Galactic Gets FAA’s OK to Launch Customers to Space