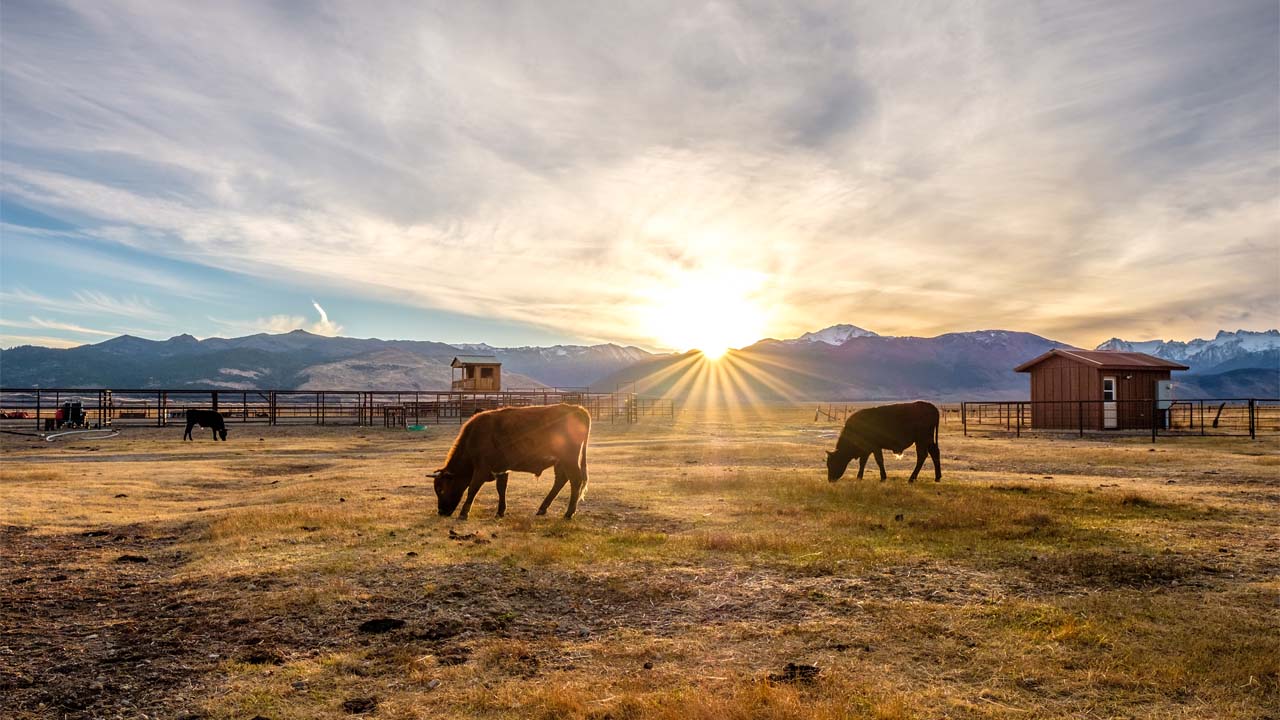 Central Valley cattle ranchers are gearing up for a fight against what they see as groundwater rustling.

Their fear is that newly formed groundwater agencies in some areas could devalue their land by not giving them a fair share of their own groundwater.

Ranchers believe those fears were realized on June 8 when the Madera County Board of Supervisors approved a groundwater allocation that will partially exclude rangeland. Ranchers who own rangeland that has never been irrigated won’t receive a share of the county’s “transitional water” allotment.

This is all part of the county’s attempt to comply with the state’s new Sustainable Groundwater Management Act, which requires aquifers in overdrafted areas come into balance by 2040. That means more water can’t be pumped out than goes back in.

In Madera, the county took on responsibility for areas outside of existing agricultural water districts. That’s about 215,000 acres that stretch across the Madera, Chowchilla and Delta-Mendota water subbasins, all of which are considered critically overdrafted.

Being outside of existing water agencies means most of these lands don’t have access to canals or pipelines to bring in more surface water to replenish what they pump. With options toward achieving sustainability limited, Madera’s plan is to drastically cut pumping by 2040 – 50% from what’s allowed today, according to its plan filed with the state last year.

To get there, pumpers will be allowed some “transitional” groundwater, which will ramp down each year until they get to the 50% mark. Under the action approved by Madera supervisors June 8, that transitional amount is different for each subbasin and ranges from 11.2 inches per acre to 19.6 inches per acre this year.

Lands that have not previously been irrigated with groundwater — such as rangelands — will not receive a share of transitional water. But those landowners can get a share of the “sustainable yield,” the amount of water determined to be safe for pumping without overdrafting the aquifer, by simply asking — and paying a fee.

There is no cost for allocations this year, but there will be next year, after the county has worked out the rates.

“I’m really disturbed,” said Igal Treibatch, a Madera County farmer, about the county’s June 8 decision. “There are things being talked about that make no sense.”

“The farmers have been taking what should be my water. We should not be their asset.” — Madera County rancher Clay Daulton

In California, groundwater rights are property rights attached to land. Landowners have always had the right to sink a well and pump enough water for the “beneficial use,” on that land, typically farming. And while SGMA expressly states it doesn’t interfere with water rights, ranchers wonder how that can be true. As they see it, the June 8 Madera County action strips their land of some of its groundwater rights.

They believe that rather than being shorted on groundwater allocations, rangelands should get groundwater credits because they haven’t been pumping, worsening the overdraft. In fact, rangelands contribute more water than they consume, ranchers say.

“The farmers have been taking what should be my water,” said Clay Daulton, a Madera County rancher. “We should not be their asset.”

“I know there is a concern about water rights being diminished,” said Stephanie Anagnoson, director of Water and Natural Resources for Madera County. “But I’m not sure that that’s valid and based in California water law.” 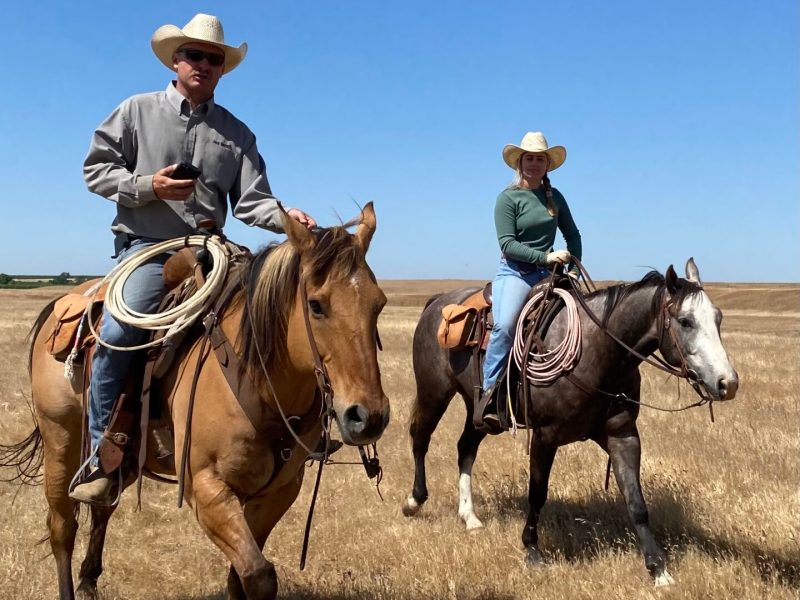 ‘Misinformation Is Out There’

The coalition, a collection of ranchers and farmers in Merced County, has been advocating for rangeland owners in the Merced subbasin over the past year. Internally, members have heard their local groundwater agency is considering issuing water allocations based on irrigated farmland acreage, according to Wes Myers, Merced County rancher and member of the coalition.

“What that would do is decimate rangeland values,” said Myers. “You would no longer have the same water rights for rangeland as you do for farmland.”

Myers said he’s afraid of the domino effect. If one groundwater agency decides to take that approach, he thinks others will start doing the same.

“It’s not our job to create value or take away value from land,” said Pareira. “When something’s plausible, people talk about it as if this is what’s going to happen. Misinformation is out there.”

Groundwater agencies, “are not modifying ownership of water,” said James Nachbaur, director of the Office of Research, Planning and Performance at the State Water Resources Control Board. “But they do relate to how people can use the water that they presumably own.”

While it’s true that groundwater agencies are not allowed to change water rights, the agencies have broad authority under the law when it comes to allocating water. No groundwater agency has decided to allocate entirely based on irrigated acreage yet, but it is an option.

“What’s the difference between a pumping allocation and a water right? That can get murky really quickly,” said Eric Garner, water lawyer and managing partner at Best Best and Krieger law firm.

Because of the authority of groundwater agencies, Garner said rangeland owners do have cause for concern.

“We wish to have the ability to opt into the fees of maintaining the basin with also the ability to participate in trading our water rights.” —Michele Lasgoity, president of the Madera County Cattlemen’s Association

In the Antelope Valley Groundwater Cases, a 22-year-long adjudication affecting desert land in northern Los Angeles and southeast Kern counties, a ruling in March left 18,000 landowners with zero groundwater allocations. Similar to ranchers in the San Joaquin Valley, those landowners didn’t pump water and their groundwater rights were classified as “dormant.”

Even though they aren’t pumping, ranchers want to protect their groundwater rights in hopes of selling water in a future market.

“We wish to have the ability to opt into the fees of maintaining the basin with also the ability to participate in trading our water rights,” said Michele Lasgoity, president of the Madera County Cattlemen’s Association.

If ranchers received an allocation through SGMA but weren’t using that water, they could lease the rights to growers who don’t have enough, said Lasgoity.

It’s a popular idea among ranchers who want to generate extra income with water they’re not using.

But there are multiple roadblocks. For one, selling water would require a water market, something that doesn’t exist on a local level for most of the valley.

Madera County created a groundwater market simulation game to see how trading and selling water could help with sustainability but a true market isn’t happening any time soon, Madera County’s Anagnoson said. Even then, selling dormant water rights could bring up other issues.

“Allowing them to sell water that they weren’t using is going pretty far out there in my opinion,” said Anagnoson. “There’s really not a basis for this in water law.”

The path between water rights and managing groundwater toward sustainability will not be an easy one for groundwater agencies.

“That’s the tension,” said Garner. “SGMA didn’t throw California water rights law out at all. So it put the GSA in this very difficult position of having to use allocations without the authority, or really frankly, expertise to determine water rights.”

For Fresno State, the Jimmy Kimmel Bowl Is No Joke