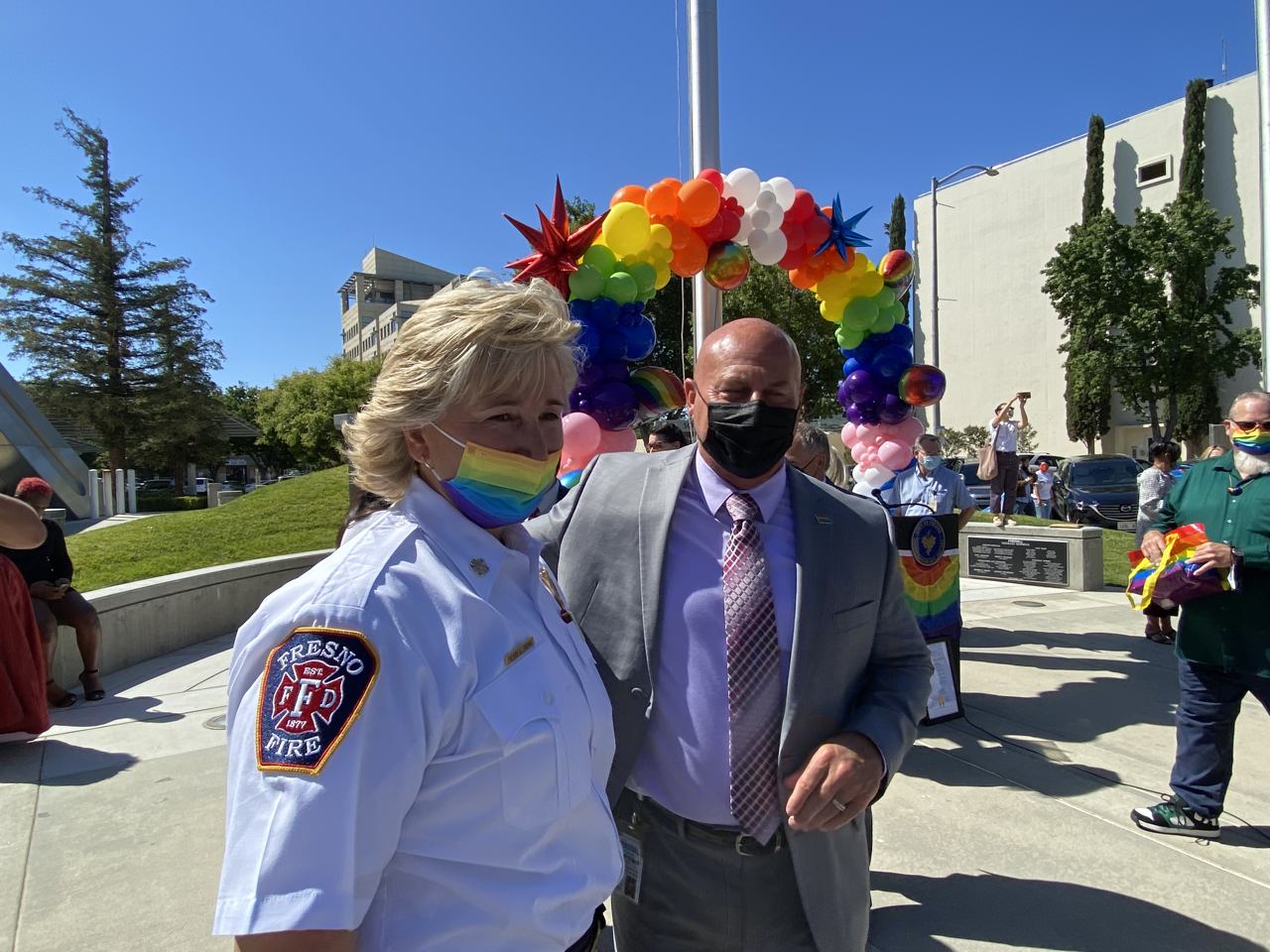 “Courageous leadership does the right thing, not because they have to, but because it’s the right thing to do. (The mayor and Fresno City Council) did the right thing. They led with love in their heart. And I’m very proud of all of you,” Donis told an estimated 500 people gathered Friday morning at City Hall.

After a weeks-long controversy over whether to raise the gay pride flag at City Hall, the “Progress Pride” flag flew at the seat of city government. The flag, with stripes of rainbow colors plus chevrons representing people of color and transgender people, will fly for seven days.

Donis said the event gave her “hope in humanity.”

The #Pride flag goes up in #Fresno. pic.twitter.com/ajxA1KJcBQ

Donis, the highest-ranking gay administrator in the city of Fresno government, has often posted pictures of her wife and children on social media. Participating at the flag-raising event may have been the most public she has been about her personal life.

“I was never one early on in my career that you really said anything out loud about being gay. I really tried to just work hard. And there were so many hard obstacles for this profession to begin with and to see a community and a leadership team support LGBTQ out loud and proud is significant, and they should be recognized for their efforts. And I’m really proud to be here today,” Donis told GV Wire before the event.

“They are blessings, and we just really enjoy watching them grow up and having them see us as two moms, strong women loving in our community and you can do anything,” Donis said. 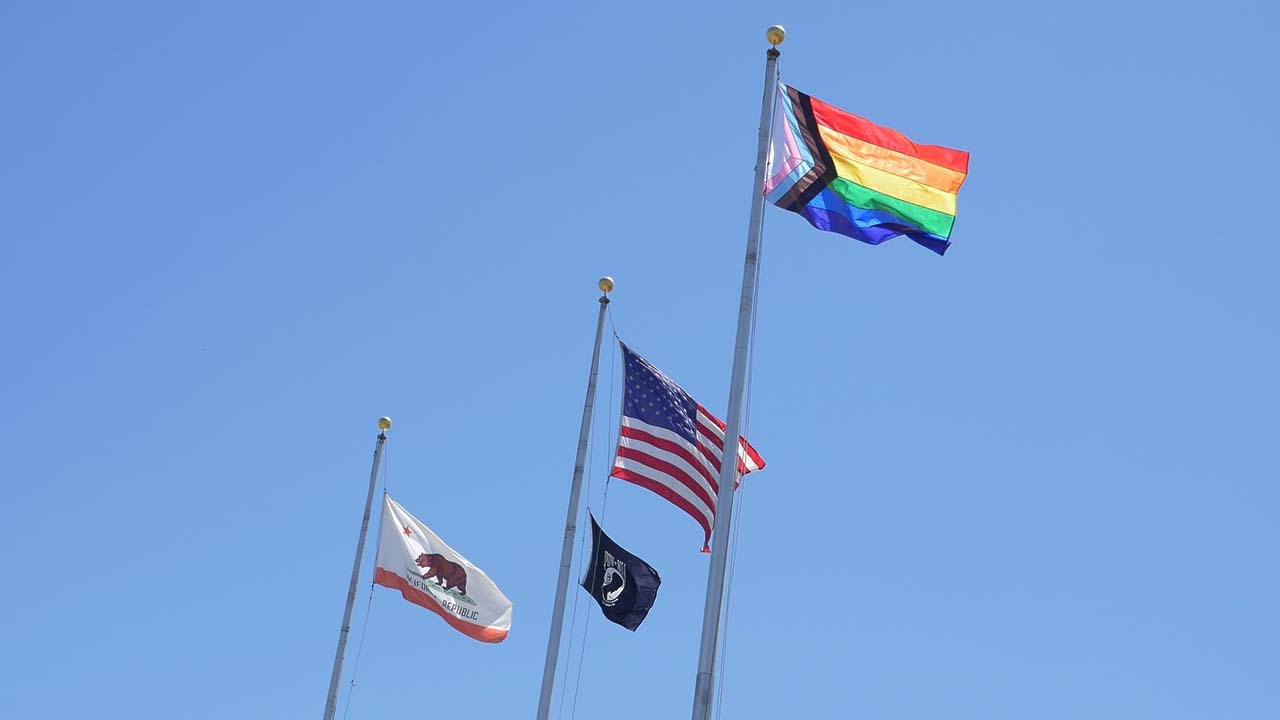 Ellis Vance said he and his husband lived quietly most of their life, staying in the closet.

“(The ceremony) means a tremendous amount … the recognition, finally, that we have our equal rights here in the city of Fresno and that we’re recognized as a normal part of the community,” Vance said.

“We haven’t been the recipients of a lot of discrimination because I think we’ve been so quiet about our lives. But we decided about 30 years ago, halfway through our relationship, that we weren’t going to be in the closet anymore. And so we lived pretty much who we are from then on,” Vance said.

What would a celebration be without an ice cream cart from Scoops at #Fresno City Hall #Pride flag raising. pic.twitter.com/By6aaNzJhQ

Several community members flocked to Mayor Jerry Dyer after the ceremony, thanking him for his support. Dyer balked at having a ceremony in front of City Hall, but changed his mind. He was glad that he did.

“I know there’s a lot of people out there that don’t really understand the significance. And I get that. I was there too, but I do today. I completely understand how important these types of ceremonies are for the people in our LGBTQ+ community. They just want to be loved. They want to be included. They want to be just hugged. And you can see it today. People here are excited. They feel part of Fresno and they feel part of One Fresno,” Dyer said.

On May 27, the Fresno City Council voted 5-2 to change city policy on flag raising. The council now has the power to decide what flags fly and what flags don’t. Previously, that power was vested under the mayor’s city manager.

Dyer, after Friday’s ceremony, said he is still uncomfortable with that policy. He would not commit to a veto, which would have to be exercised by 11:59 p.m. Friday (the clock started on June 1).

“The ordinance, I believe, has some areas that concern me. And I think we can do better as a city on that.  I think we need to just make sure that we’re inclusive in a lot of areas. But it won’t impact the Pride flag. I guarantee it,” Dyer said.

If Dyer vetoes the flag policy, the city council could override with five votes. It has 30 days to do so.

“If it is ‘One Fresno’ being sought, then the focus should be on the flags that represent all the people. This decision is one of the most divisive things that could be done and begins a slippery slope of picking winners and losers of groups who get to fly their flags at Fresno City Hall,” the group said.

Photos from the Event 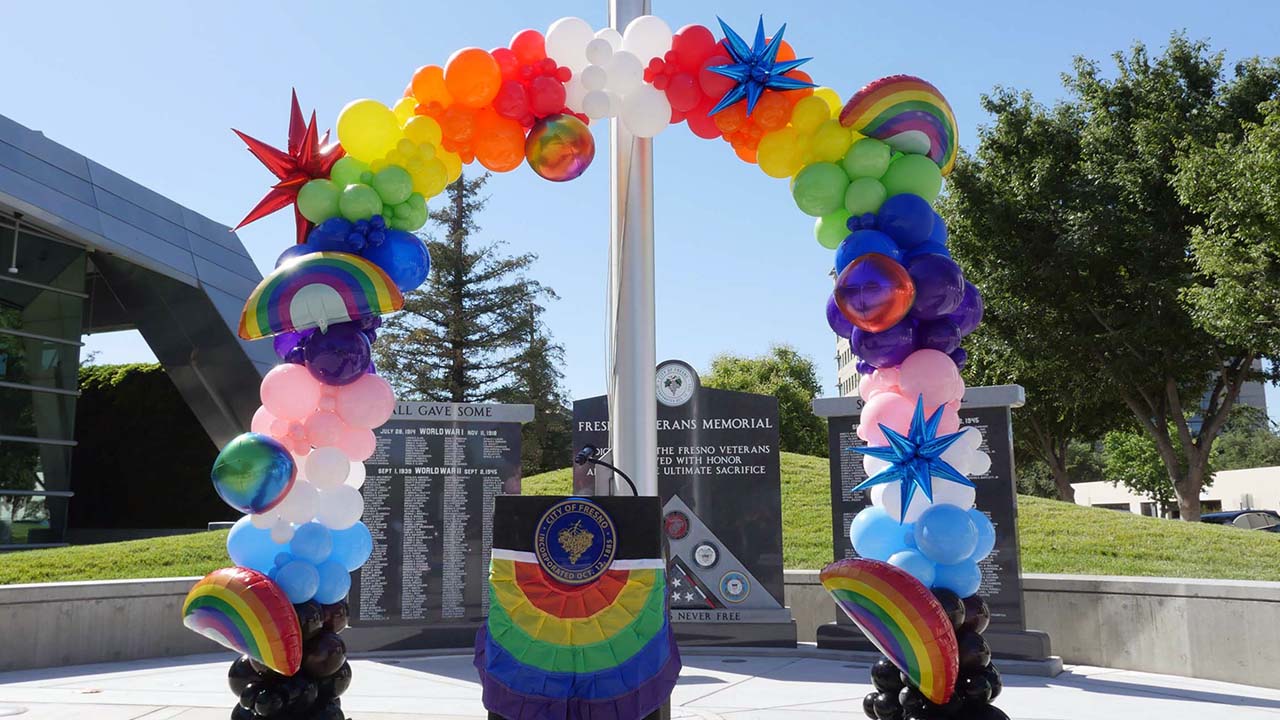 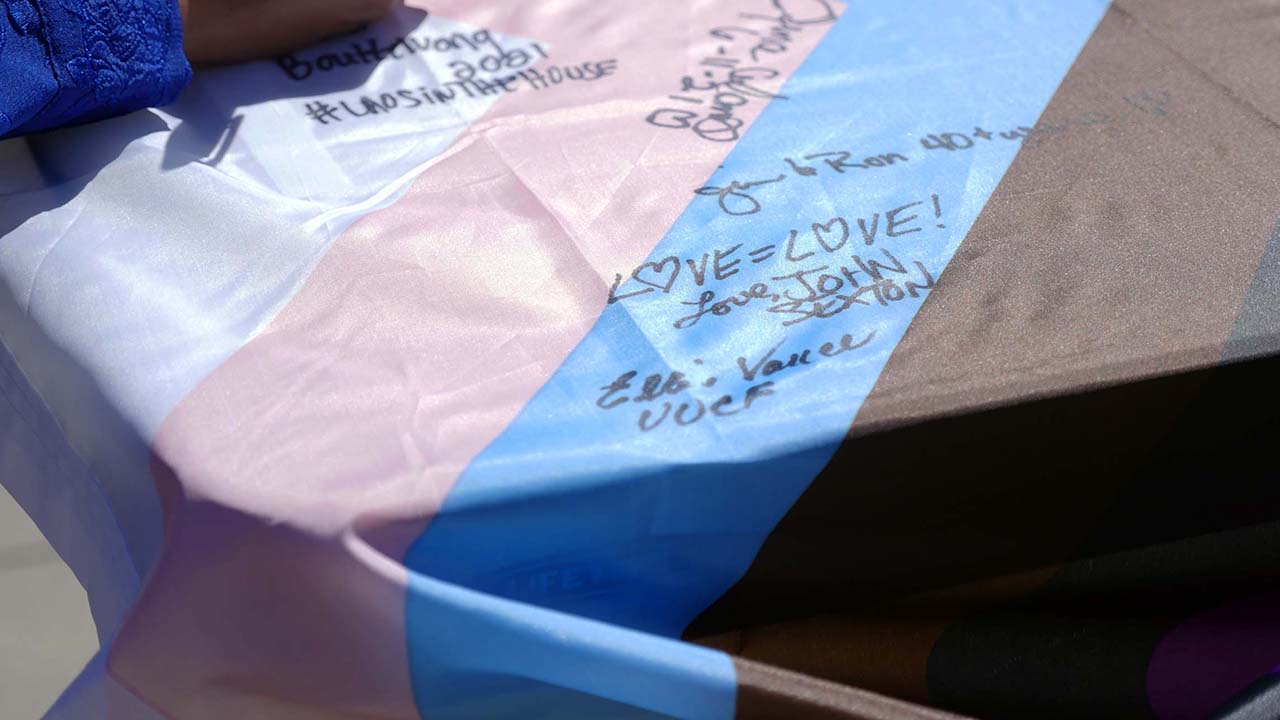 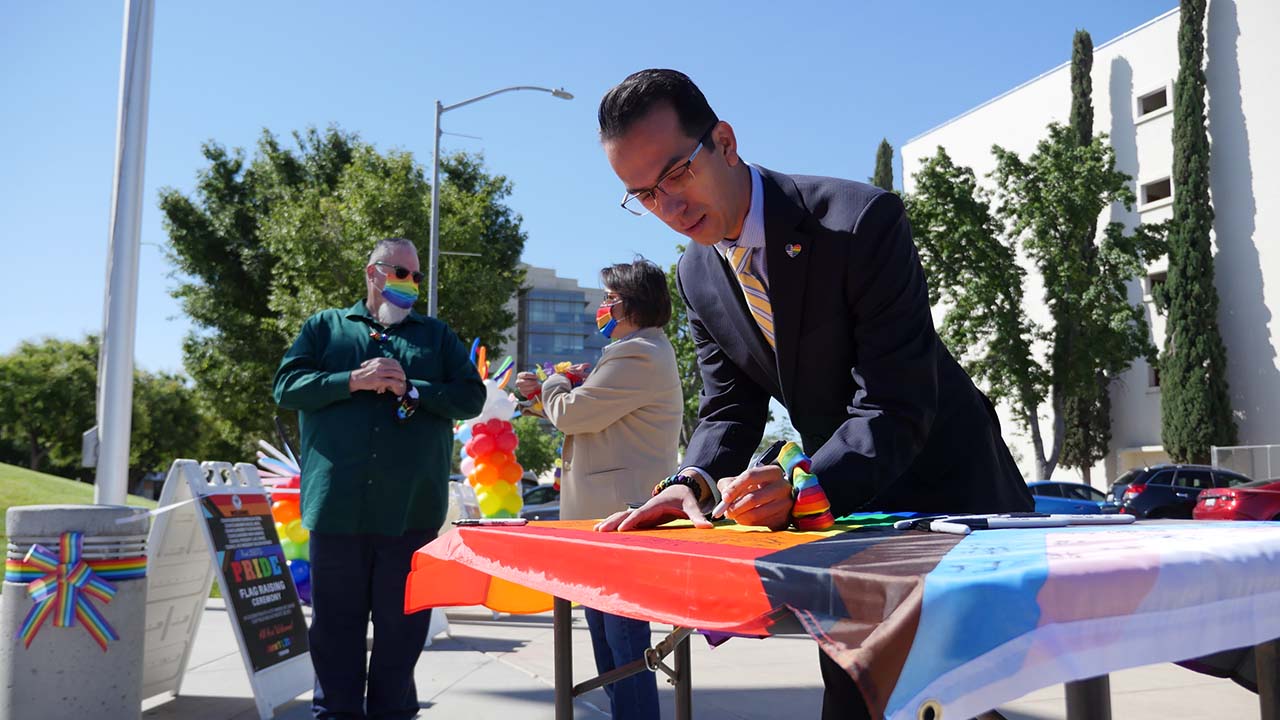 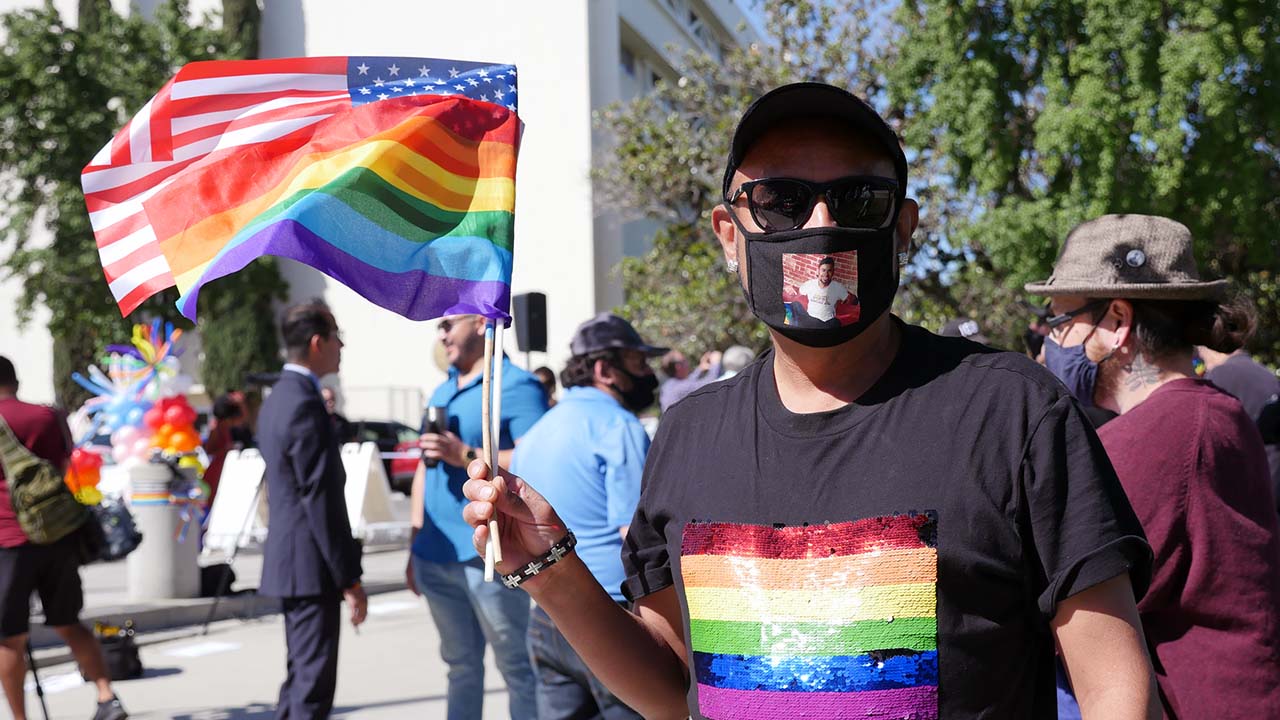 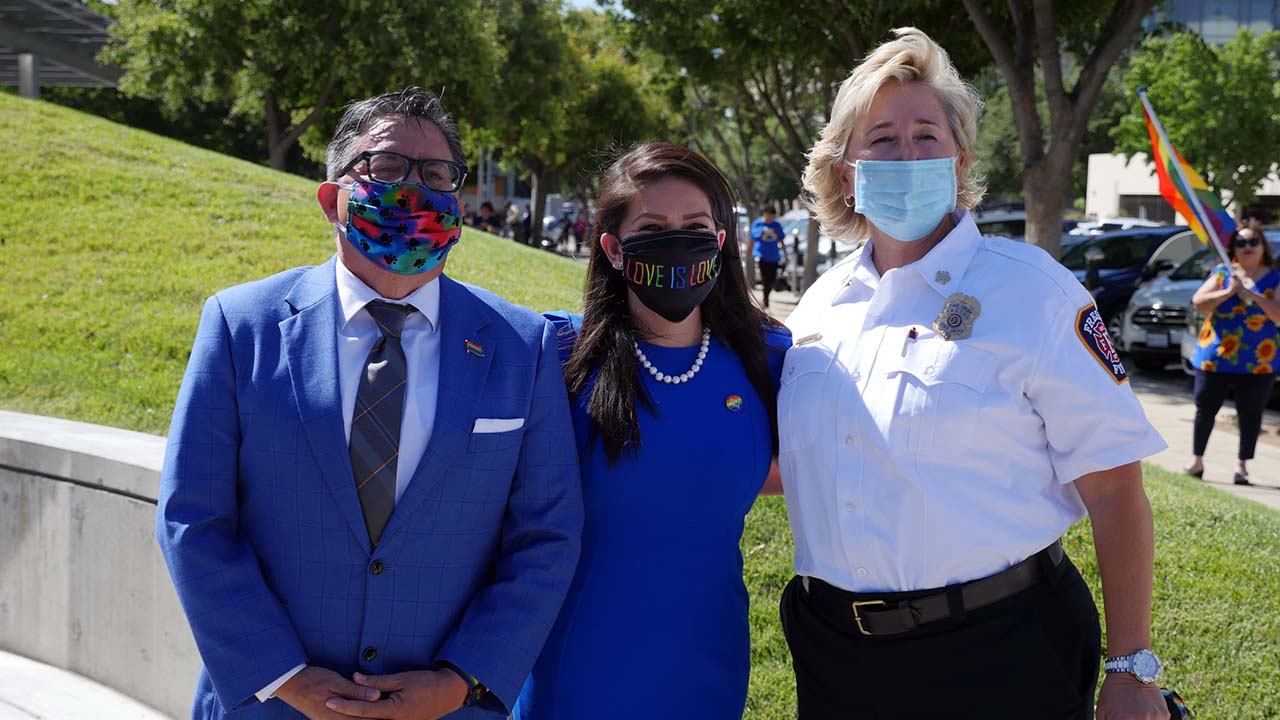 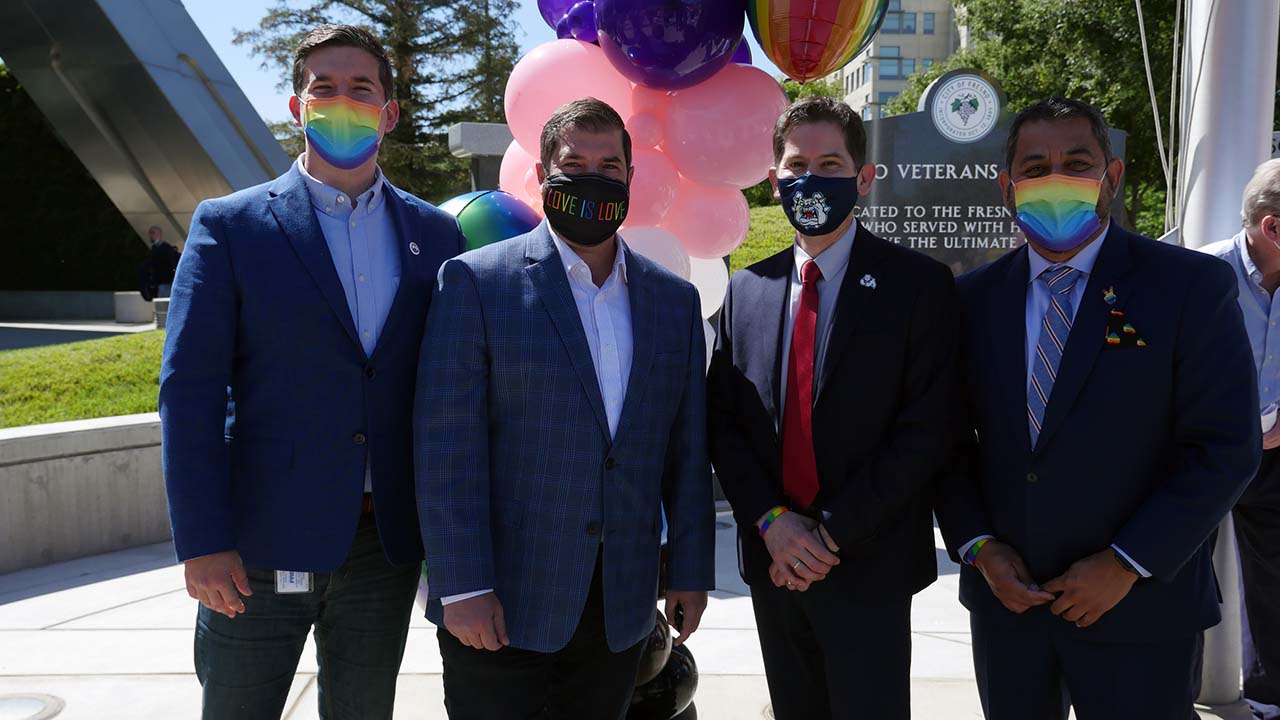 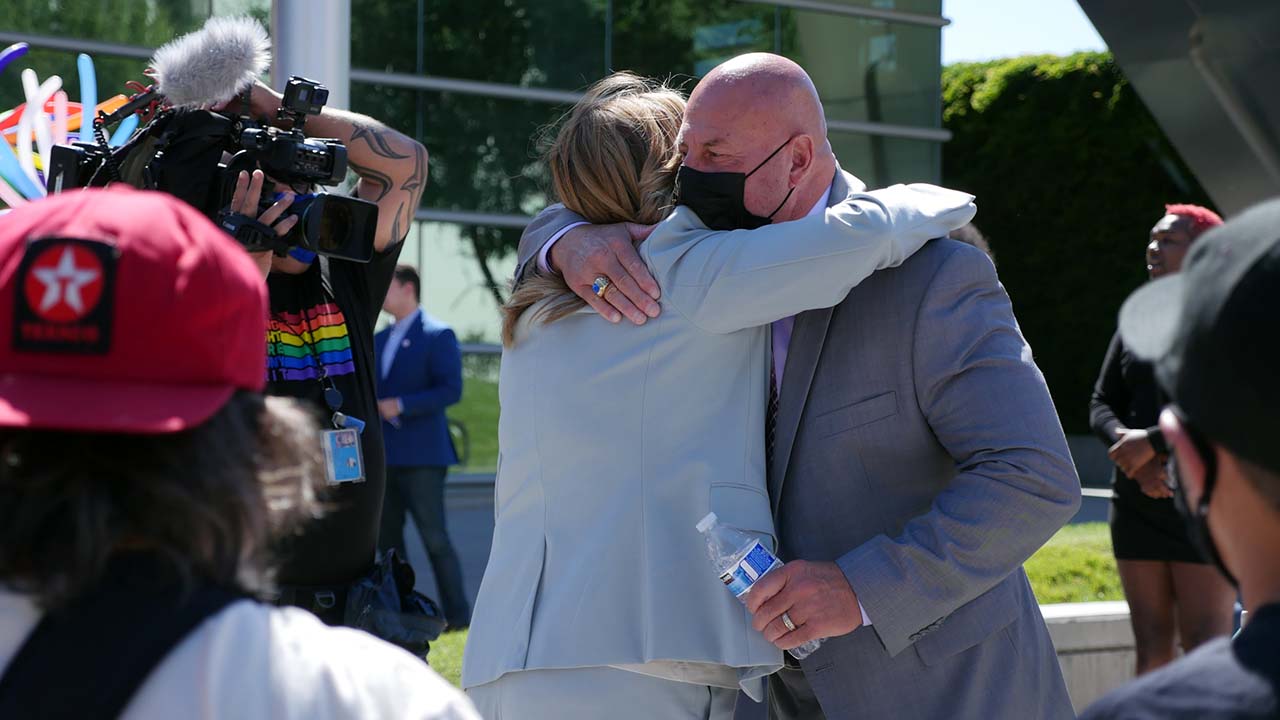 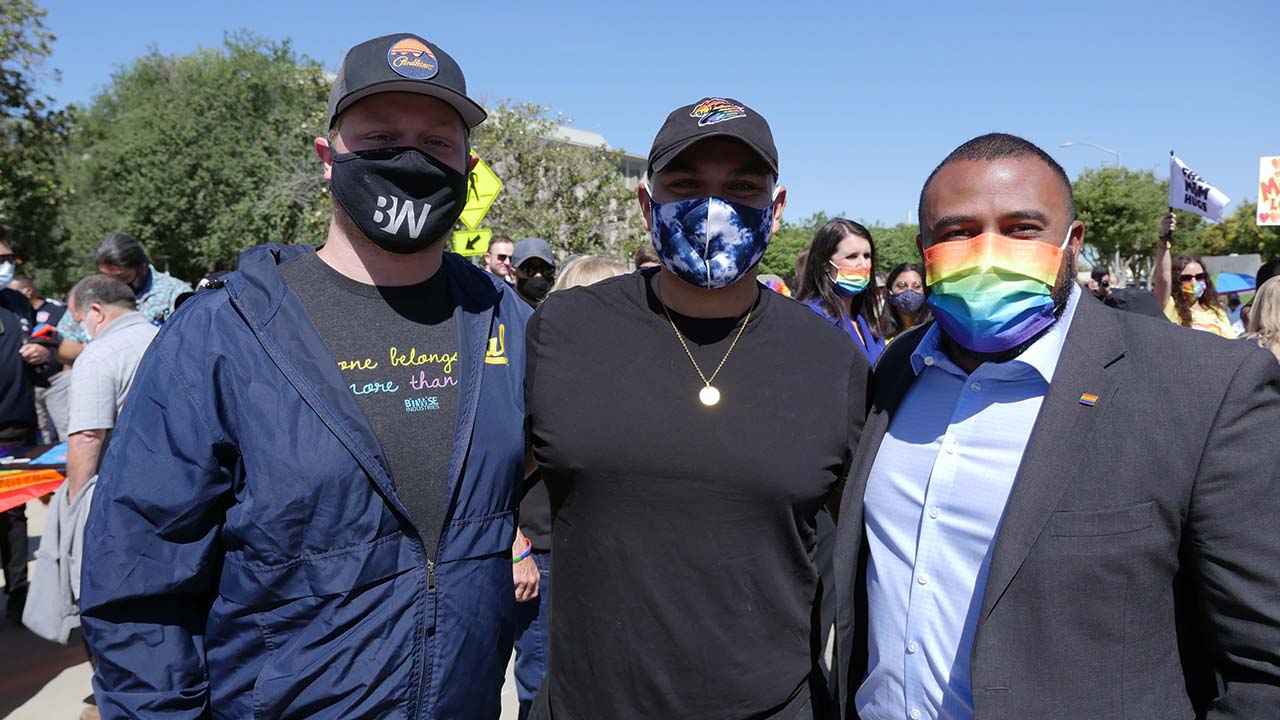 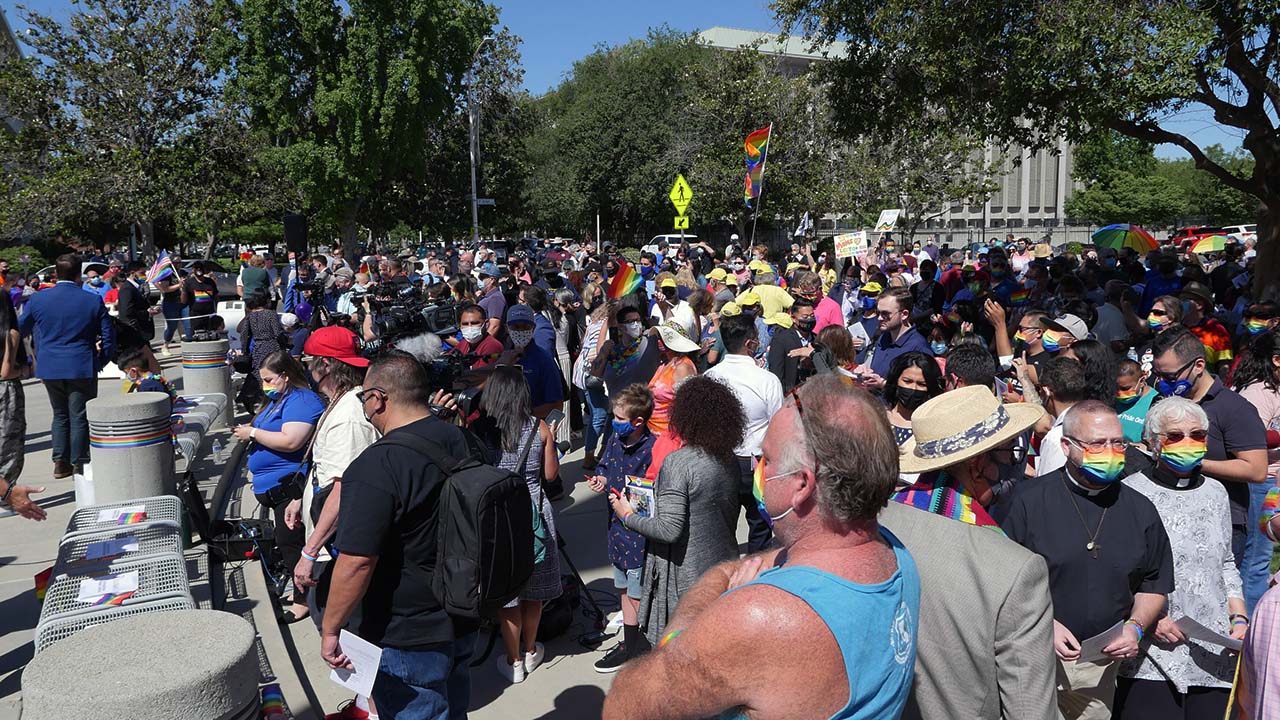 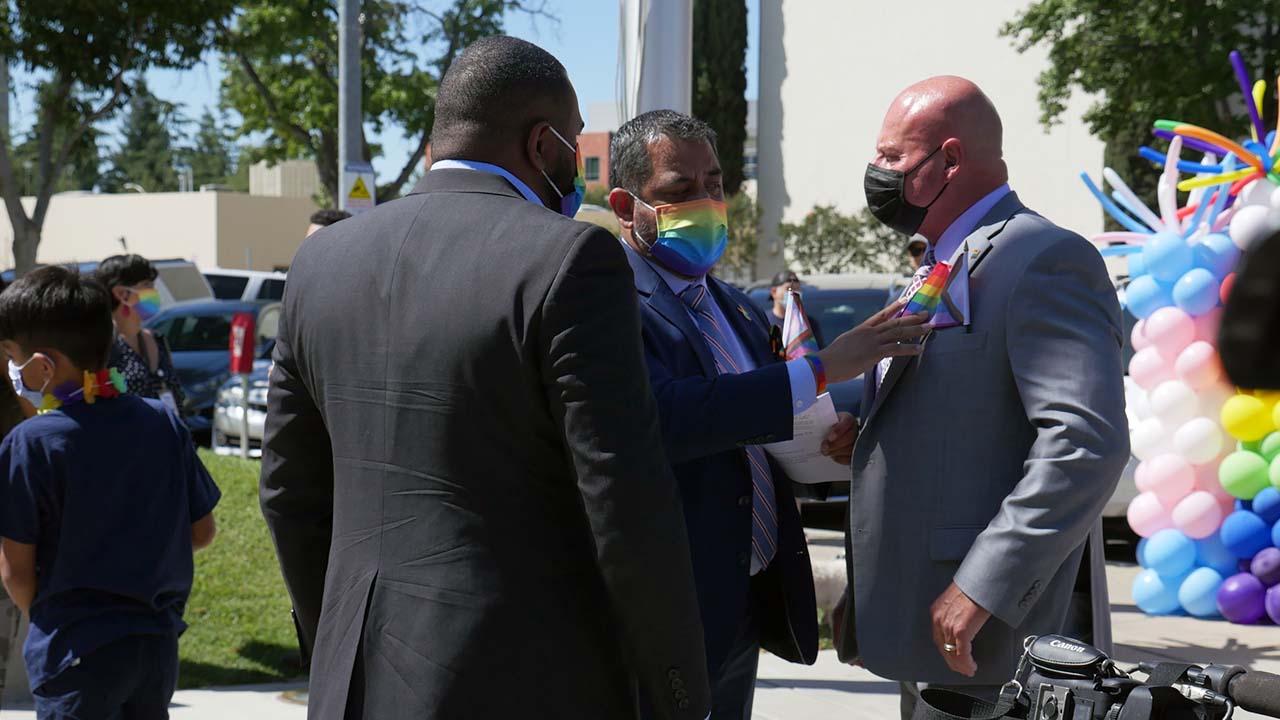 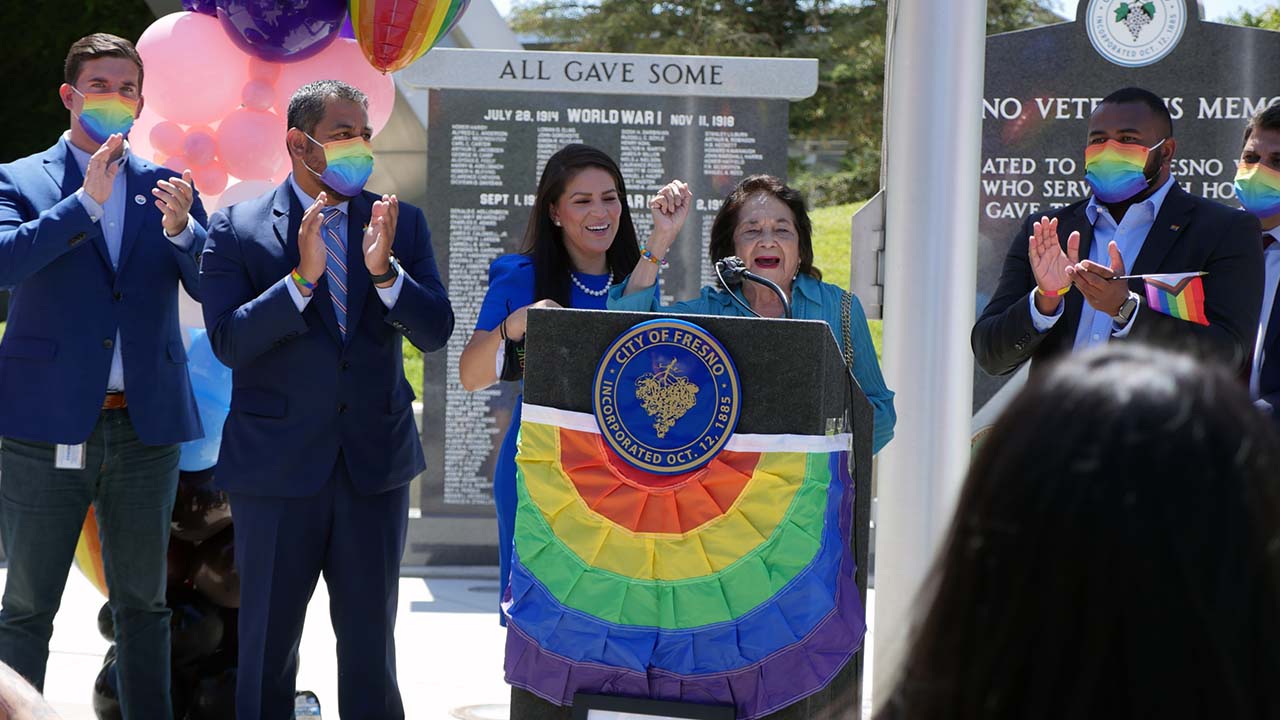 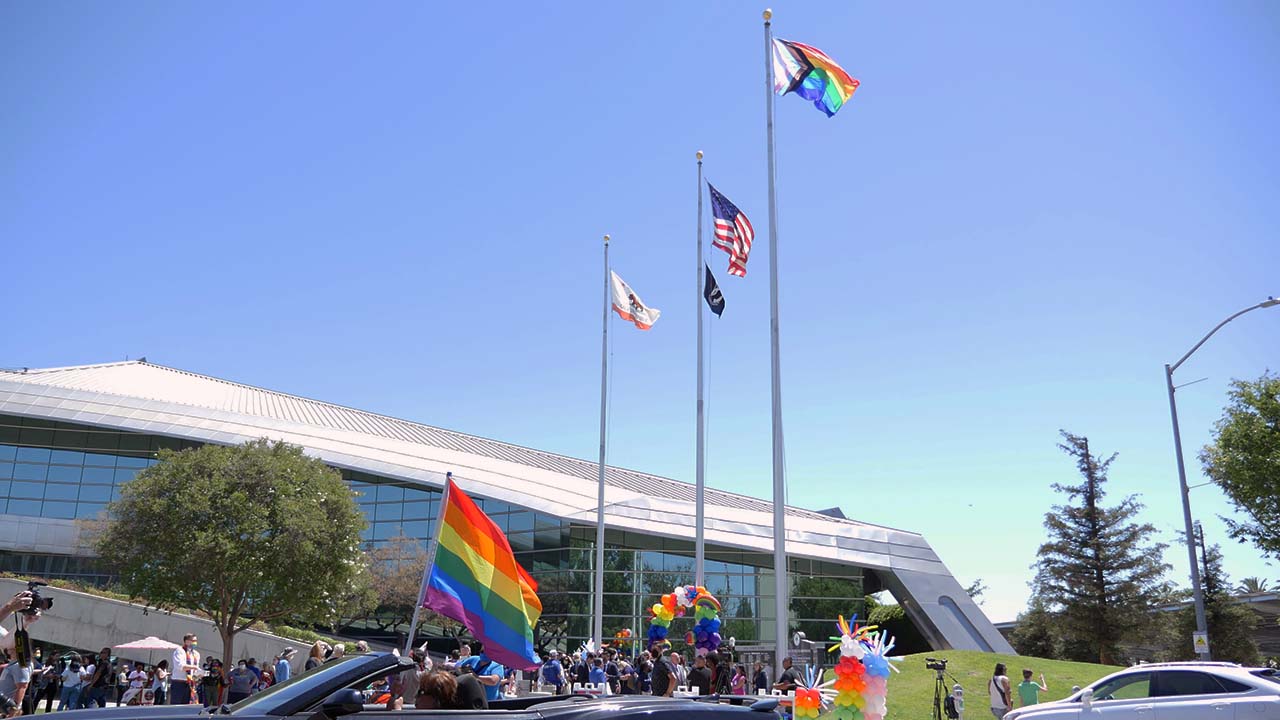 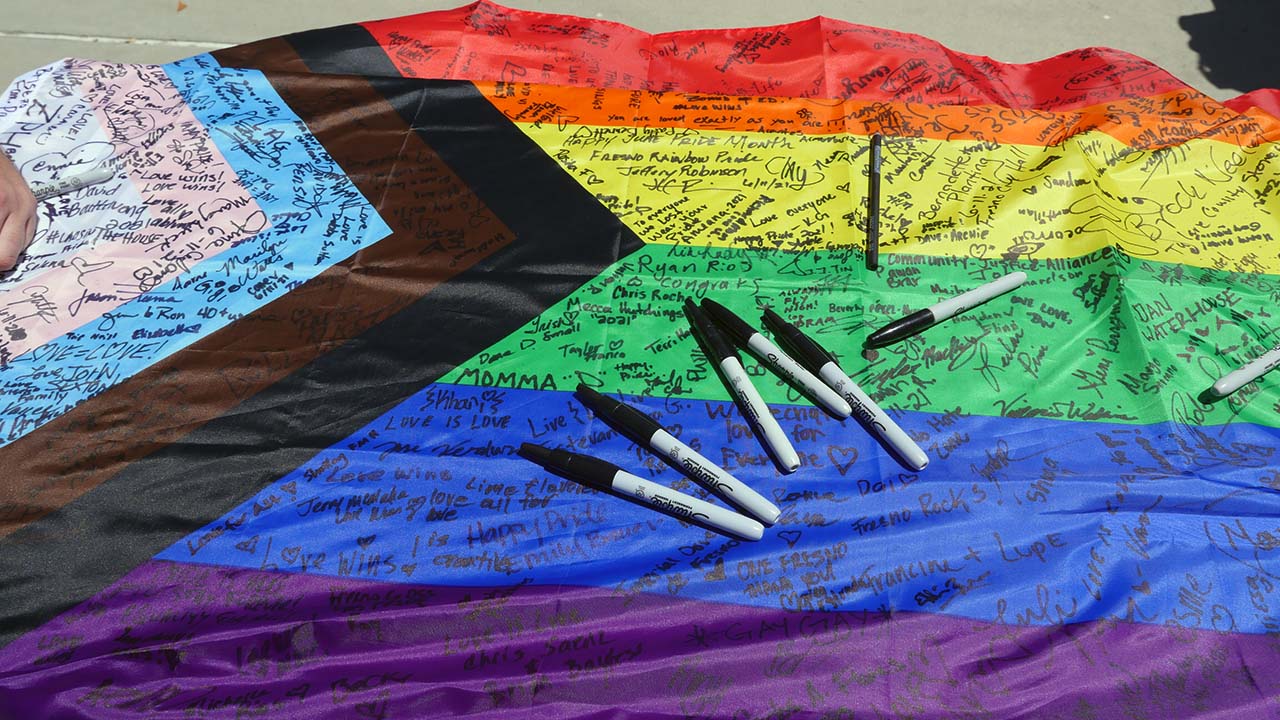