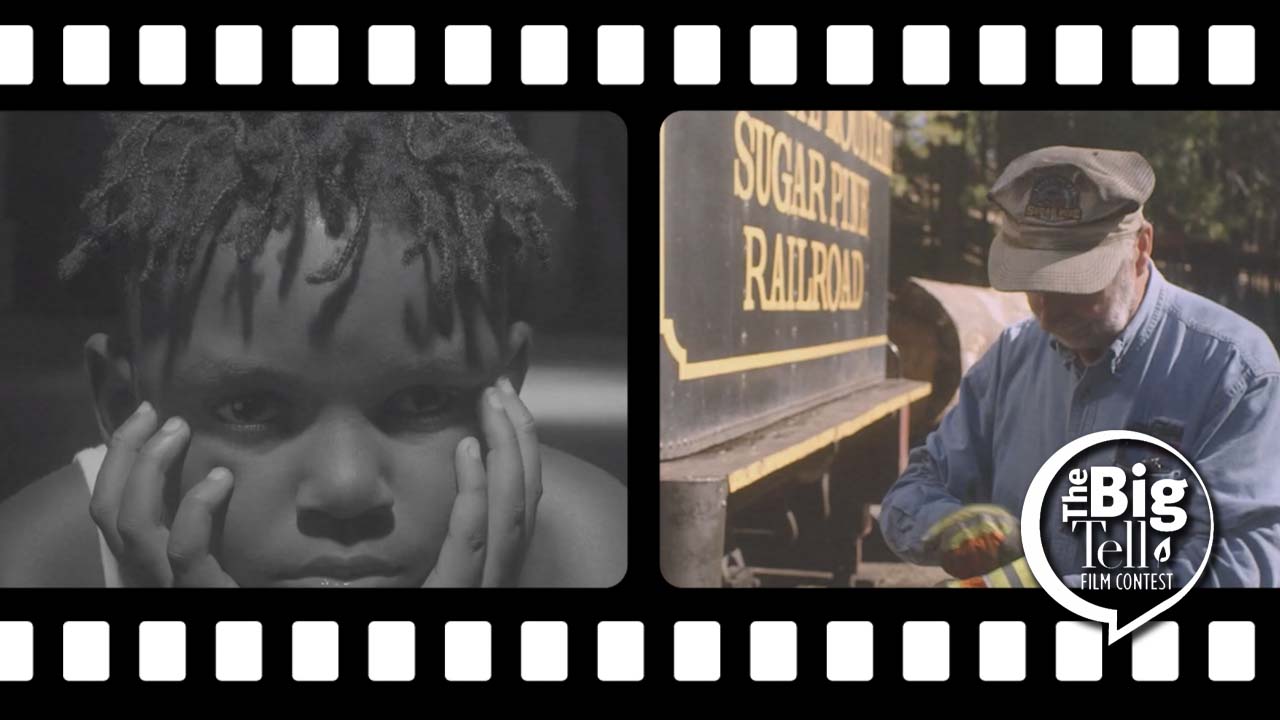 Two of the short films produced last year for the Central Valley Community Foundation‘s annual The Big Tell project were recognized with 2021 Hometown Media Awards by the Foundation of the Alliance for Community Media.

Mealer’s story on the Yosemite Mountain Sugar Pine Railroad, “The Steam,” was recognized by the foundation as the best documentary in the independent producer division. “Love in Anxiety,” produced by Duong and his former Fresno State classmate Julease Graham, was sparked by the death of George Floyd and rise of the Black Lives Matter movement. It was recognized in the independent producer division of the racial justice and civil rights programming category.

CMAC, the Community Media Access Collaborative, was the fiscal sponsor for the two films and nominated them for the foundation’s competition. They were among more than 1,000 entries for the Hometown Media Awards and were evaluated for several factors, including budget, experience, and subject. The Alliance for Community Media is a nonprofit devoted to encouraging civic engagement through community media.

CMAC Executive Director Bryan Harley said the goal of The Big Tell project is to shine light on stories of the six-county region — Merced, Mariposa, Madera, Fresno, Tulare, and Kings counties — that might otherwise go untold.

Only 10 projects are selected each year, and the films must be no longer than five minutes.

Mealer, a professional photographer and cinemaphotographer based in Fresno, heard last year that there were comparatively few grant applications for stories outside the Fresno metro area. He remembered with fondness the ride he took as a 5-year-old on the Yosemite Mountain Sugar Pine Railroad near Fish Camp in Madera County.

But Mealer’s documentary doesn’t focus only on the iron horse. He also tells the stories of longtime engineer Joe Bispo and his co-worker, fireman Diego Morales, their attraction to steam engines, and their desire to keep them running.

The multi-generational views of Bispo and Morales woven into the steam train’s story “is absolutely what I was hoping to capture,” Mealer said.

For Duong and Graham, “Love in Anxiety” was their creative response to the turmoil and emotional distress many people experienced as a result of Floyd’s murder. Duong, who teaches video production to high schoolers, said that as an Asian American he “didn’t feel it was my place” to do a video on racism’s impact on the Black community, so he sought out Graham.

She, too, had been mulling over how to tap into the angst and anger in the Black community. The resulting video is a mix of interviews with family and friends, including her father James. Her 7-year-old son, James, gives life to a motif shot in black and white that Duong said represents the deaths of Black boys and men.

Duong said they were so inspired that the project was nearly completed when they learned they had been awarded a Big Tell grant. “Me and Julease were going to make it whether they chose it or not,” he said.

Duong said he’s preparing to apply for a grant this year, but this time he plans to stick closer to home and tell the story of his parents and their immigration from Southeast Asia.

The deadline to apply for a Big Tell grant is midnight June 18. The 10 finalists will have three months to create their films and will receive one-on-one mentorship from Emmy-nominated documentarian Sascha Rice and a one-year membership to CMAC.

Applicants should review prior year grant winners at The Big Tell website, because the screeners are looking for novel ideas to award grants to. The projects should be new, nonfiction, not previously screened, and focus on art, music, tradition, history, culture, technology, education, hope, determination, innovation, industry, or community in the six-county area.

At least one film will be chosen from each county among the 10 winners.

Law Enforcement Struggles to Recruit Since Killing of Floyd