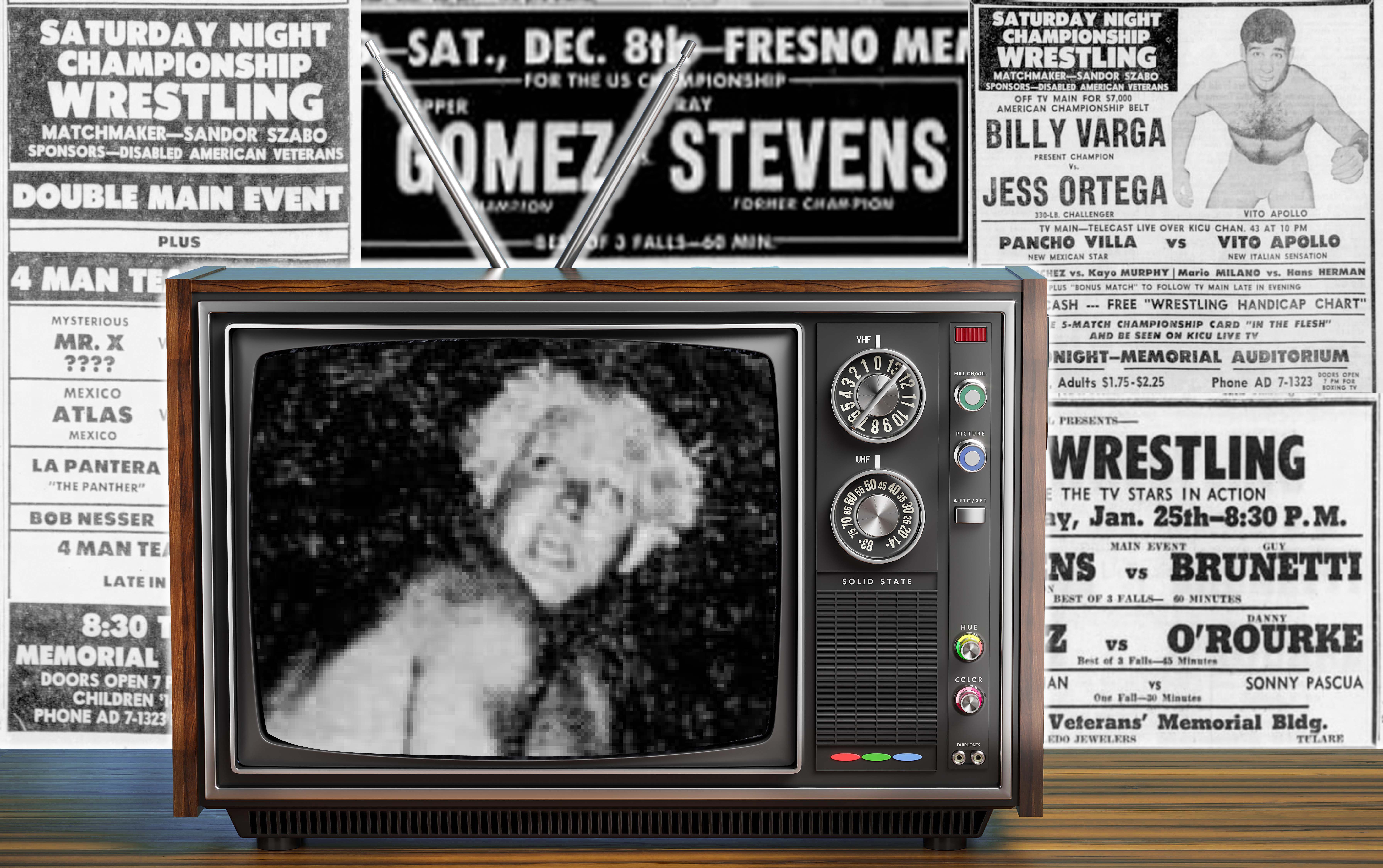 When it comes to professional wrestling promotional rivalries, the “Monday Night Wars” between the WWF vs. WCW from 1995-2001 might come to mind.

But Fresno had its battle of wrestling promotions that started 60 years ago, in June 1961. An upstart promotion, affiliated with a new group based in San Francisco, started airing a show taped at a local Fresno TV studio.

The established group wasn’t on TV. A year later, only one group survived — the newcomer with the TV show.

Related Story: When Andre and Another Future Wrestling Giant Slugged It Out in Fresno

“Big Time Wrestling” debuted on KJEO-47 — then an ABC affiliate, now KGPE-47 a CBS station  — Tuesday nights at 10:30 p.m. They taped live at the studio in central Fresno near Shaw and Cedar avenues.

The Fresno show ran for about 10 years on varying days and times. The TV ran essentially as a one-hour advertisement for the cards to be held at the Memorial Auditorium about every three weeks.

Jim Boren, long-time Fresno Bee editor and current director of the Fresno State Institute for Media and Public Trust, recalls going to the studio events as a child with his brother.

“We would walk over there because it was not too far of a walk from our neighborhood. And we’d get there early and we get the front row. We’d make silly faces to the camera, knowing that we can see it on TV. We saw some of the great wrestlers for that era,” Boren said.

‘Seeing Yourself on TV’

Boren recalls seeing the likes of Ray Stevens, Pat Patterson, Kinji Shibuya, and Mitsu Arakawa. The show was taped in front of an audience of 100 in a metal warehouse studio.

“Part of the thrill of seeing yourselves on TV because that was still a relatively new medium then. The second was just that we love the Big Time Wrestling,” Boren said.

During one taping, Boren found it odd that cameras were already set up in the parking lot outside the TV studio.

“They had a tag team match where it spilled into the parking lot. And it was a brawl. It was all part of the but the setup,” Boren said.

“We got our picture taken with him and, reminisced about all the all the good old times,” Boren said. 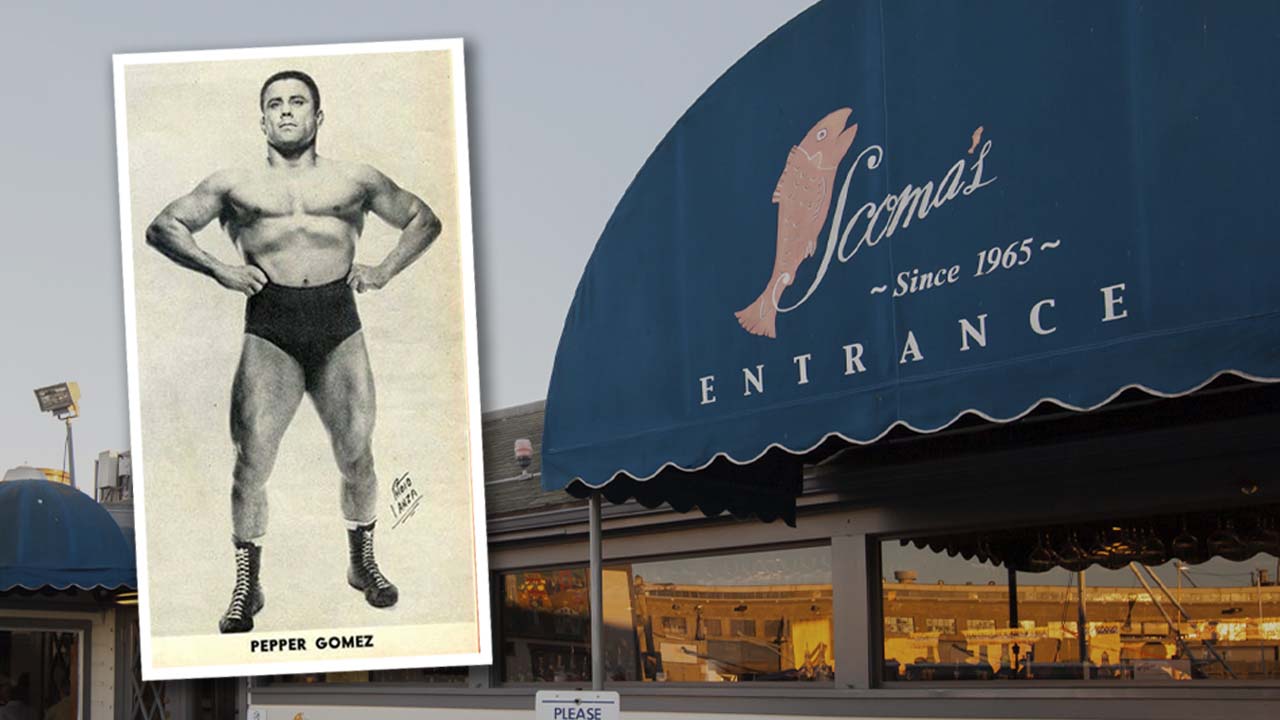 Dinner Time with the Stars

Marlyne Dutson inherited her love of wrestling from her father and grandfather. She recalls going to the studio matches with her brothers.

“Everybody pretty much enjoyed the whole environment. It was a fun thing to see as a kid,” Dutson said.

Marlyne Dutson says her father invited the wrestlers over to their Sunnyside-area home because he was proud of living in an area where Armenians were once not allowed to live.

Her father befriended the wrestlers at the studio and invited them home for dinner.

“He would tell my mother in advance to prepare a nice big Armenian dinner at the house ready for them after the matches,” Dutson said. “I’m sure in those days, I’ll be honest, they’re not going to turn away free food.”

“My mother would have a full-on Armenian traditional dinner from shish kebab, the pilaf, and the whole nine yards of our culture. And we would sit there as kids and jibjab with these wrestlers,” Dutson said.

Stevens, Patterson, and Gomez were among the guests. But, 600-pound Haystacks Calhoun never arrived.

“He was too big because these guys would pull up in a Volkswagen,” Dutson said.

She says her father invited the wrestlers over to their Sunnyside-area home because he was proud of living in an area where Armenians were once not allowed to live.

“He was proud of himself. But yet knowing these wrestlers could come and have this, you know, phenomenal meal… (and say) hey, I have these wrestlers at our house for dinner,” Dutson said.

Dutson also recalls her family befriending a retired former world heavyweight champion, Ali Baba. By the 1960s, he worked as a massage therapist in Dinuba and would also be a guest at the wrestling dinners.

The irony was that Baba, known as the “Terrible Turk,” was really Harry Ekizian, an Armenian.

Unfortunately for Dutson, pictures with those wrestlers were destroyed in a house fire. But, her love for wrestling reached a fourth generation. Her son Josh Dutson operates local wrestling promotion Best of the West. 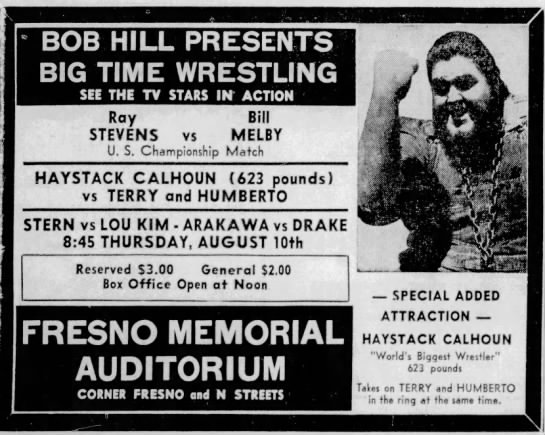 What happened in Fresno mirrored what was happening in the San Francisco wrestling scene, and almost in the same fashion. Roy Shire, a wrestler originally from Indiana who had a great mind for the business, migrated to San Francisco, seeing it ripe for a wrestling war.

“The real key was KTVU out of San Francisco being so strong,” Wrestling Observer Newsletter publisher Dave Meltzer said. “The Cow Palace (arena in Daly City, adjacent to San Francisco) carried the territory and was No. 2 to Madison Square Garden (in New York City) in wrestling in the early 60s.”

A year later, only Shire remained and promoted wrestling at the Cow Palace and throughout northern California for the better part of the next 20 years.

Shire wanted to expand the cities where he operated. He worked with a man by the name of Bob Hill, a Northridge wrestling promoter. Under the corporate name of “Fresno Athletic Club,” Shire supplied the wrestlers, using Hill’s wrestling license.

Ray Stevens “was the difference between a good successful company and being arguably the best promotion in the U.S in the early  60s.” — Dave Meltzer, Wrestling Observer Newsletter publisher

The new promotion was known as “Big Time Wrestling.”

The existing Fresno wrestling group was promoted under the auspices of the local Disabled American Veterans club. Al Dermer — also known for promoting live boxing and other sports — served as the matchmaker. The group had promoted weekly wrestling — first at Ryan’s Arena and later at the Fresno Memorial Auditorium — since 1929.

Dermer and the DAV vociferously objected to the state athletic commission’s licensing of the new group. George Zenovich, who later became a longtime state legislator and judge, was the attorney who represented the existing group at the commission hearing.

“The commission said it could not disapprove the license applications simply because the wrestling clubs would compete with DAV-sponsored events. The DAV contended the club’s activities would seriously hurt its wrestling revenue,” The Fresno Bee reported on June 11, 1961.

The new Hill/Shire group would hold weekly live TV shows. Dermer told the commission that the “free studio telecasts would be injurious to the DAV Saturday night shows,” The Bee reported.

The Blonde Bomber Destroys the Competition 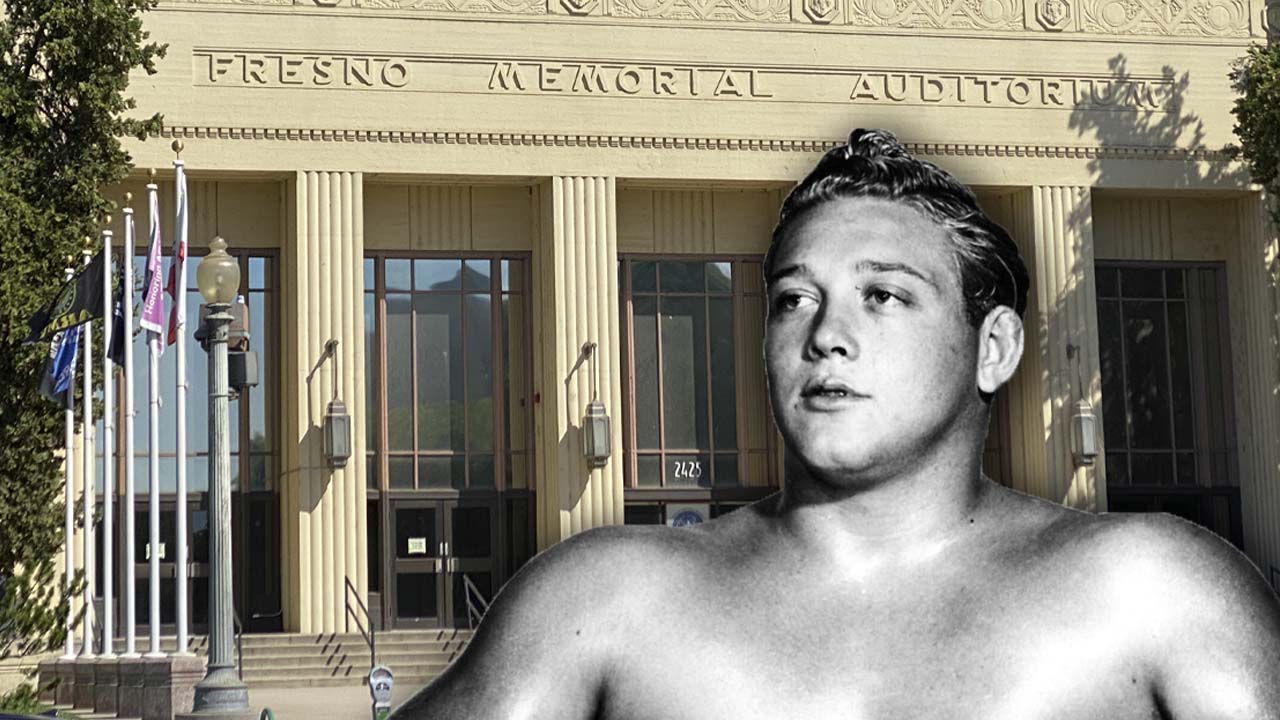 Stevens, the biggest star in San Francisco, easily became the biggest star in Fresno. Wrestling historians consider Stevens one of the top wrestlers of the era. He has been described as the “Stone Cold” Steve Austin of his day — a kick-butt, tough-talking brawler who could work any style.

“Ray Stevens was the guy. It’s really evident as when he got hurt, crowds fell greatly and when he’d return, business was on fire. Many would say he was the best worker in the business a the time, but he was more than just that.  He could talk and had charisma and was huge box office,” Meltzer said.

“He was the difference between a good successful company and being arguably the best promotion in the U.S in the early  60s,” Meltzer said.

In San Francisco, fans voted Stevens the most popular and the most hated in the same year. He could bounce around the ring with ease. His “corner flip” bump — a wrestling move where he went head over heels into the corner and sometimes landing on the ring apron — was emulated by the likes of Shawn Michaels and Ric Flair.

“The Blonde Bomber” main-evented the next five Fresno cards and was a mainstay through the 1970s.

“The keys to the success were that Roy Shire was a genius as far as logical booking from show-to-show went. He was the storyteller. He produced the interviews and made the angles and matches,” Meltzer said.

Meanwhile, the DAV/Dermer promotion tried to keep up. Their shows ran weekly at the Memorial Auditorium on Saturdays; Hill/Shire shows were about every three weeks also at the auditorium, usually on Thursdays.

With Malcewicz throwing in the towel on his San Francisco promotion, the Fresno group needed a new supplier of talent. They turned south to the Southern California Boking Office of Hollywood, run by Jules Strongbow.

Being on TV first provided a huge advantage for Big Time Wrestling. Dermer’s group finally made the plunge on March 10, 1962, airing a live hour Saturday night at 10 p.m. on a station that no longer exists — KICU-43 in Visalia (Bay Area natives may recognize those call letters later used for Channel 36 in San Jose).

But it was too little too late. The DAV group suspended operations in May 1962 — never to return.

Related Story: Pro Wrestling's Most Iconic Moment Happened in Fresno 20 Years Ago. And It ...