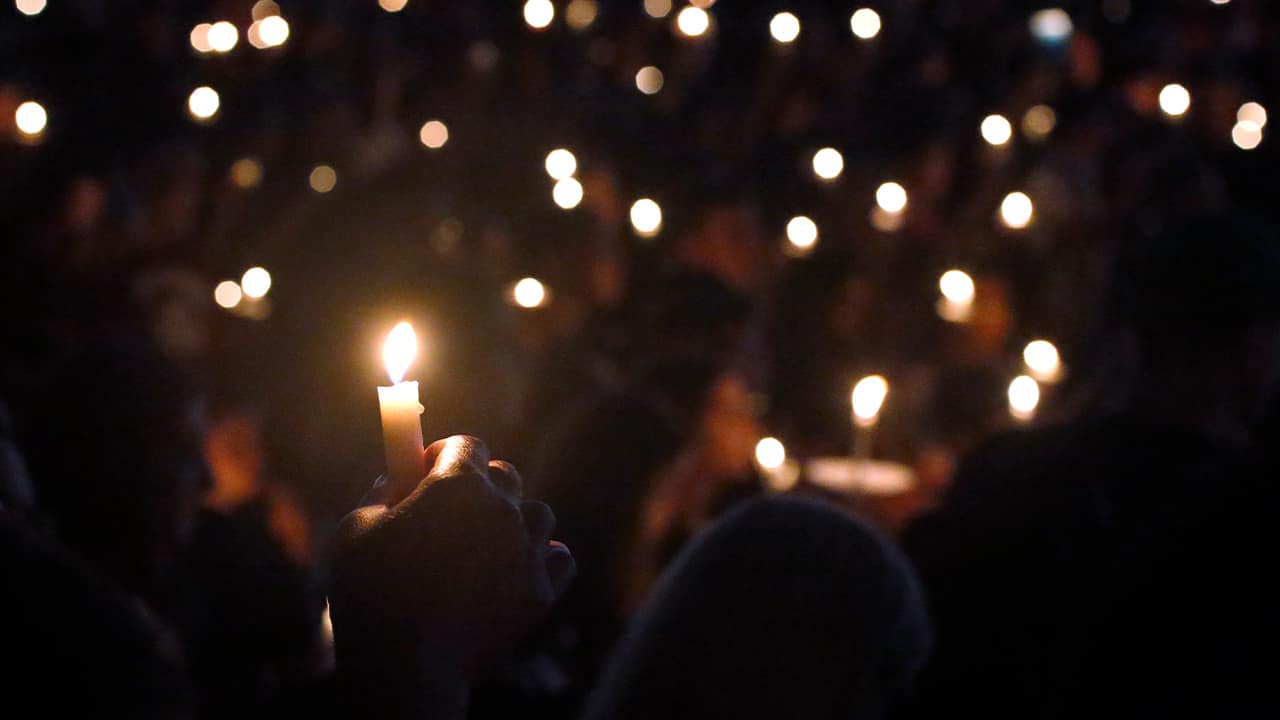 The Chronicle of Philanthropy

EDITOR’S NOTE: This article is the result of a partnership between The Associated Press and The Chronicle of Philanthropy examining the billions of dollars committed to philanthropic racial justice initiatives after George Floyd’s murder by police a year ago.

Roger Brown, 33, a Black Fresno rapper and mentor, was driving home from a candlelight vigil in March when he noticed a police car was following his BMW. He was dropping off four kids, some as young as 10, who had attended the vigil held for a murdered child.

As Brown stopped to let one of the boys out in front of his aunt’s house, the police car stopped behind them. The boy got out of the car and immediately jumped back in. He said one of the officers was behind the car with his gun drawn. Then both officers approached the passenger side of his car, without their guns drawn, Brown recalls.

Fearing for the children’s safety, Brown asked the police not to open the doors. He suggested they peer inside through the open sunroof to confirm that he was with a carload of kids. One officer ignored his request. He reached into the car through the window and opened the door. He demanded that another child open the rear door. Two of the boys started to cry.

“We were all just confused and traumatized,” Brown says.

Faith in the Valley Steps In

While the officers eventually left without charging Brown with anything, the incident was upsetting. Brown knew where to turn for help. He called Marcel Woodruff, an organizer with Faith in the Valley. The group promotes racial justice throughout California’s Central Valley and has spent years working to hold the police accountable.

Woodruff set up a meeting with the boys, Brown, and the officers. The kids got a chance to explain how the experience made them feel. The police heard firsthand how their actions affected the youngsters.

The fact that the meeting happened at all is a testament to Woodruff’s stature in the community and his relationship with the police due to his work with Faith in the Valley. Woodruff and the group have pushed for changes that put more power in the hands of community members. He and the group are known and respected.

That reputation was key in 2020 as the group’s work received a big financial boost following the murder of George Floyd and the national reckoning with police violence and racial inequity.

Over the past year, Faith in the Valley, which brought in $2.9 million in 2019, received about $720,000 from new or expanded racial justice funds. Some of that will be paid out over two or three years. Donations from individuals increased by about 50%. 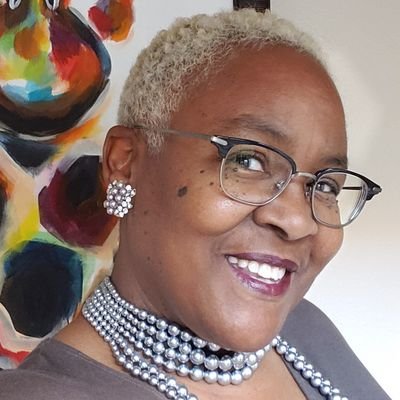 “George Floyd’s murder happened, and then things escalated. It fit right into the work that we were already doing and brought even more attention to it.” — Pastor Trena Turner, executive director, Faith in the Valley

For the past year, the group has used the extra money and momentum to continue its work in the Central Valley. In Stockton, it helped persuade city officials to start using Advance Peace, a community-based program to curb gun violence. And it participated in a march demanding justice for a young man who had been beaten by the police.

In Bakersfield, it is part of a coalition advocating for diverting funds from the police to alternative ways of making Bakersfield residents safe and healthy.

The Push for Advance Peace

After the success in Stockton, the group also got Fresno to start using the Advance Peace program, which employs Brown. It helped push the Fresno City Council to create a committee to overhaul law enforcement and was able to get its representatives on the committee. Faith in Valley is working with the committee to implement the committee’s 73 recommendations.

Faith in the Valley also hired a young organizer to connect the group with a new generation of activists.

“George Floyd’s murder happened, and then things escalated,” says Trena Turner, a Stockton pastor and the group’s executive director. “It fit right into the work that we were already doing and brought even more attention to it.”

The group’s long experience with racial justice helped attract major grants to the organization in 2020. It has been working on these issues and developing grassroots leaders for more than two decades, first as five groups scattered across the valley. Those groups merged to become Faith in the Valley in 2016. It had experience with local government and police and an explicit focus on racial justice long before many others were talking about that issue.

“By the time this moment happened, I felt like they merited this investment,” says Sabina Gonzalez-Eraña, a program manager at the California Endowment. “This was an organization that has proven that they’ve got the resilience and the maturity to really build the movement.” 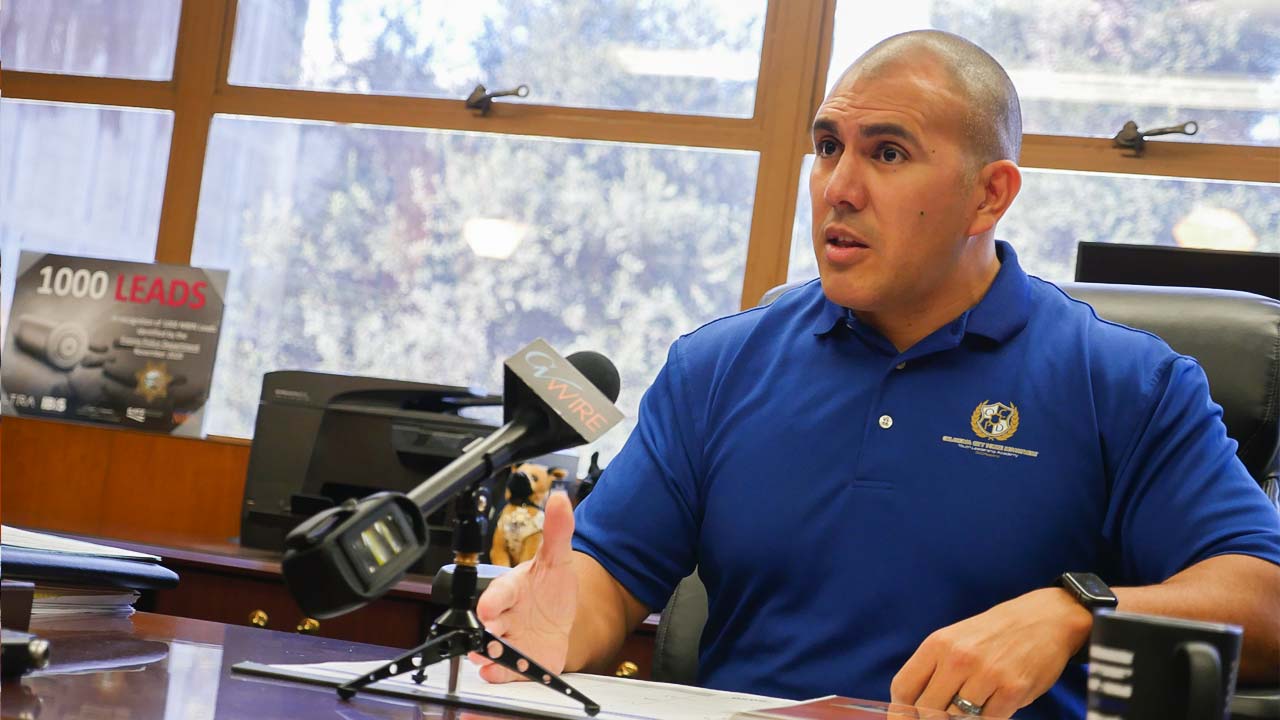 Fresno Police Chief Paco Balderrama supports Advance Peace because it can deter young people from criminal activity. He says Faith in the Valley is a credible group and has helped him understand community concerns. (GV Wire/Jahz Tello)

Some of those giving grants to Faith in the Valley were able to be more effective last summer and fall because they were already working on racial equity before Floyd’s murder. The Kresge Foundation, for example, has for several years been working on improving its internal diversity, equity, and inclusion practices and incorporating racial equity into the way it makes grants.

It funded groups in cities often overlooked by major foundations and also wanted to give money to groups it had not worked with before, says Sidra Fatima, associate program officer with the American Cities Program at the Kresge Foundation. The Foundation awarded Faith in the Valley a three-year $450,000 grant that began in November 2020.

Borealis Philanthropy, which raises money and distributes it to social-justice groups, had made grants to Faith in the Valley for years. It continued its support in 2020. Because of its experience, the grantmaker knew that one key to changing the way police departments work was to change their budgets. Money could be moved away from police departments to mental-health interventions, for example. Months before “defund the police” became a nationwide rallying cry, Borealis already had an expert in city budgeting on staff to help grantees. 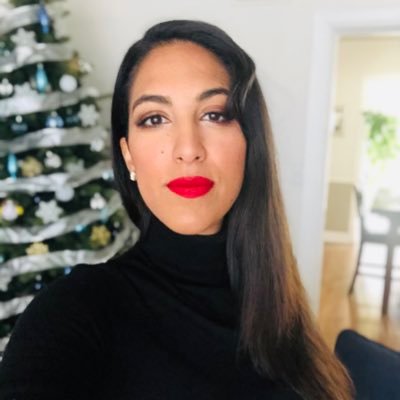 “By the time this moment happened, I felt like they merited this investment. This was an organization that has proven that they’ve got the resilience and the maturity to really build the movement.” — Sabina Gonzalez-Eraña, program manager, California Endowment

Foundation Grants Critical to Groups like Faith in the Valley

Foundation support is crucial for nonprofits led by people of color. They tend to rely more heavily on foundations for their survival than other groups do. A 2019 report by the Building Movement Project found that 41 percent of leaders of color it surveyed said foundation grants were their largest source of revenue, compared with just 28 percent of white leaders.

However, they also receive less funding than those led by white people, according to a 2020 report by the consultancy Bridgespan and Echoing Green, which supports emerging social enterprises. White-led groups in the study had budgets that were 24% larger than those led by people of color.

Some of those disparities did not change last year. Faith in the Valley received more than three times as much money for COVID relief than for anti-racism work. Turner, who has led the group since the merger in 2016, is grateful for all financial support, but she says some donors were more comfortable giving to COVID relief.

She found herself on the phone trying to explain the importance of fighting anti-Black racism. “You just keep exposing yourself over and over to the hurt, to the disappointment, to the anger, to all of the emotion in hopes that it’s going to go somewhere,” she says.

Many foundations that created racial-justice funds gave money without restrictions. For instance, 70% of the grants made by Borealis last year were unrestricted. Faith in the Valley has had more no-strings grants in 2020 than in previous years. That has helped the group meet new and shifting challenges, says Pam Nelson-Hollis, Faith in the Valley’s development director.

Some foundations, such as Kresge, realize that it is more effective to leave decisions about how to spend money to those who are working directly on the problems.

“We have to be flexible,” says Kresge’s Fatima. “We’re trying to recognize that it’s not us that defines success. We need to listen to the people closest to the solution and be partners.”

Woodruff, the Fresno organizer for Faith in the Valley, is optimistic about the changes that can be achieved in the coming years as a result of 2020’s financial and organizational jump-start. Programs like Advance Peace and recommendations to change police practices shift reliance away from the police and back to community, a trend that Woodruff thinks can continue.

“We as a community are taking responsibility and taking ownership and engaging one another in order to reduce harm from these incidents, as opposed to relying on the cops for every social issue. I see a lot more of that happening.” — Marcel Woodruff, organizer, Faith in the Valley

“We as a community are taking responsibility and taking ownership and engaging one another in order to reduce harm from these incidents, as opposed to relying on the cops for every social issue,” he says. “I see a lot more of that happening.”

Fresno’s police chief Paco Balderrama supports the Advance Peace program because it can deter young people from criminal activity. He says Faith in the Valley has a lot of credibility and helped him understand community concerns. Though he was unaware of the incident with Brown and his officers, he is glad the conversation took place.

“Listening is the first big step towards understanding someone else’s situation,” he says

But they don’t agree on everything. He will not remove school resource officers, one of the 73 committee recommendations, because he says parents and students oppose it. And he says he only has authority to implement fewer than half of the recommendations.

This year showed Turner that individuals are willing to support the group in bigger numbers than she had thought, and the organization may even put on a gala to help it balance its base of support. But she is wary that last year’s momentum may fade.

“People will have to make a choice. Do I choose to forget what I’ve heard?” she asks. “Or will I come out of this new and different and become an advocate and someone that is actually fighting anti-Black racism?”