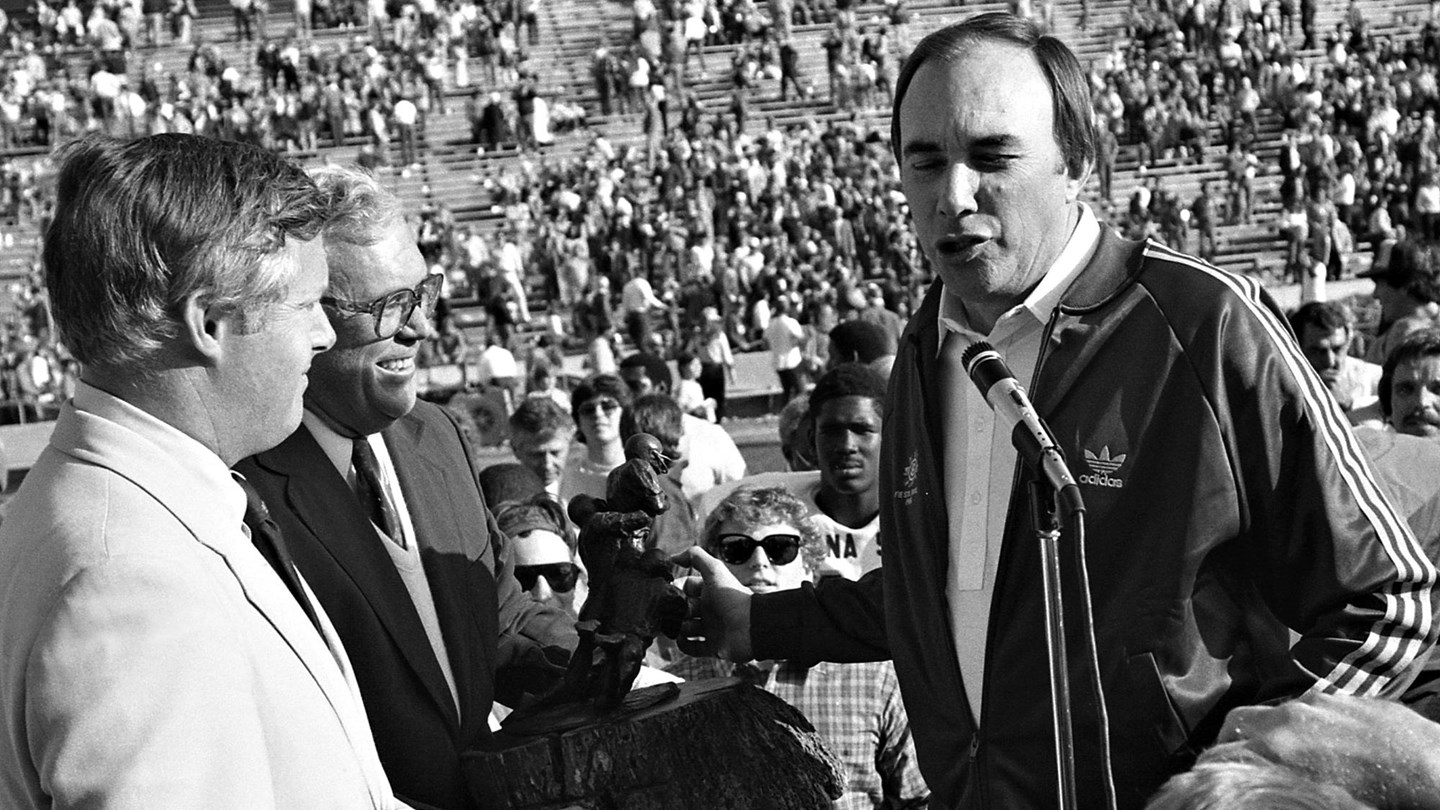 The late Darryl Rogers, who ruffled feathers locally when he bolted from Fresno State in the early 1970s, is on the 2022 College Football Hall of Fame ballot.

Rogers, a former Bulldogs wide receiver, became Fresno State’s head coach in 1966. He led the Bulldogs to a 43-32-1 record, with six winning seasons and two bowl appearances. He then left Fresno State to take the top job at arch-rival San Jose State.

His decision stunned many Bulldogs fans but at the time San Jose State offered a better recruiting base and invested more in its program than Fresno State — even though both competed in the Pacific Coast Athletic Association.

‘What Does a Coach Have to Do to Get Fired?’

Rogers later coached at Arizona State (1980-84) before returning to Michigan to take the Detroit Lions head coaching job. The Lions went 7-9 in Rogers’ first season but struggled after that. He finished his Lions stint with an 18-40 record.

With the Lions, Rogers famously wisecracked, “What does a coach have to do around here to get fired?”

Rogers enjoyed his greatest success at Arizona State, leading the Sun Devils to a 37-18-1 record highlighted by a Fiesta Bowl victory. His overall college coaching record was 129-84-7 over 20 seasons.

Post-NFL, Rogers coached Winnipeg in the Canadian Football League for the 1991 season. The Blue Bombers went 9-9, losing in the Eastern Conference finals.

A standout wide receiver at Fresno State, Rogers was selected by the Los Angeles Rams late in the 1957 draft. However, he enlisted in the U.S. Marines and continued playing football as a Leatherneck.

When his coaching days ended, Rogers and his wife, Marsha, returned to the Fresno area. By then, bitterness by Bulldogs fans had faded and Rogers often regaled local sports groups with his football stories and sense of humor.

The announcement of the 2022 College Football Hall of Fame Class will be made in early 2022.

The complete ballot of players and coaches is at this link.

Rogers was also on the 2019 College Football Hall of Fame ballot.