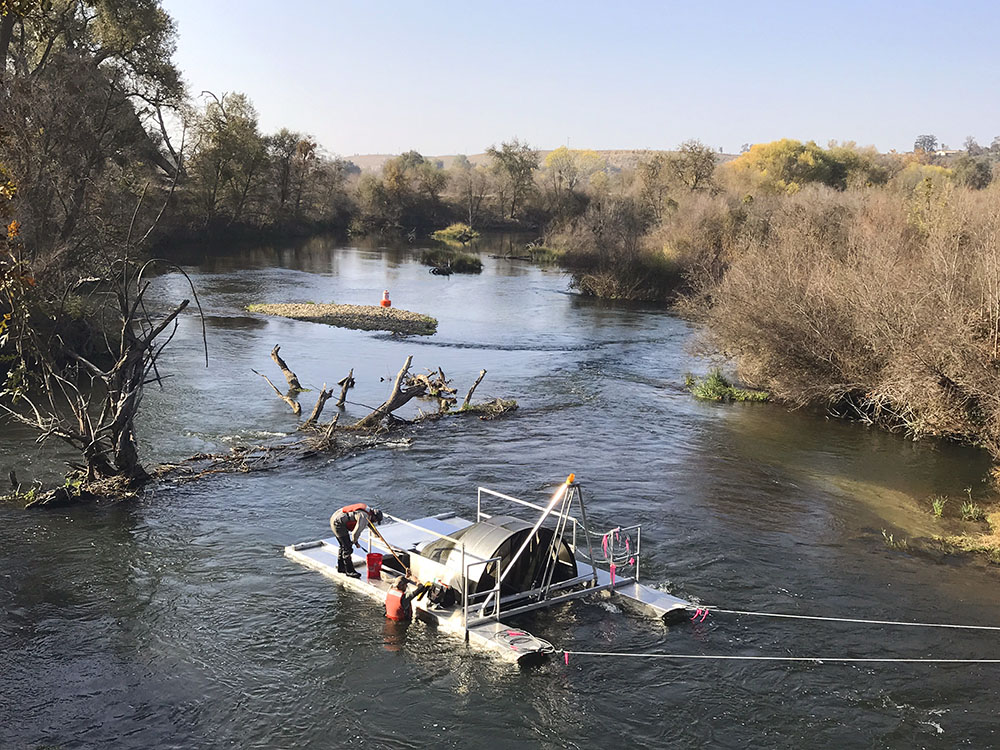 Flows into the San Joaquin River under a program to bring back native salmon will be stopped now through early September to try and protect upstream fish.

The flow reduction being instituted by the San Joaquin Restoration Program is in reaction to the rapidly dwindling run-off coming out of the Sierra.

The Restoration Program was created under a 2009 settlement agreement between environmental groups, the Bureau of Reclamation and Friant Water Contractors to restore the river and bring back threatened spring-run Chinook salmon.

The new restoration flow plan was approved earlier this week and releases into the river were already being “stepped down” starting early Thursday morning, according to Restoration Administrator Tom Johnson.

Under the new plan, the river will be “disconnected” downstream of Gravelly Ford, northeast of Fresno, and Sack Dam, southwest of Dos Palos, and allowed to go dry. Restoration water that would normally flow down those sections will be kept in Millerton Lake in hopes it will remain cool enough to sustain the spring-run salmon through their spawning and early incubation season in early fall.

The plan is to then “reconnect” the river in mid-November through the end of 2021 to aid salmon migration. Saving water now is expected to allow for greater flows later, Johnson said.

This “experimental” flow plan is also expected to use less total water than keeping a fully connected river wet through the summer at just a trickle.

This is the third time since river restoration flows started that they had to be cut back because of dry conditions.

Restoration flows started Jan. 1, 2014, and had to be cut later that year. They were halted again in 2015 due to drought. The river was reconnected from Friant Dam to the confluence with the Merced River in 2016 for the first time in 60 years after its water was diverted to farms and towns in 1956.