Why Is Fresno State Corn so Darned Good? The Experts Explain. 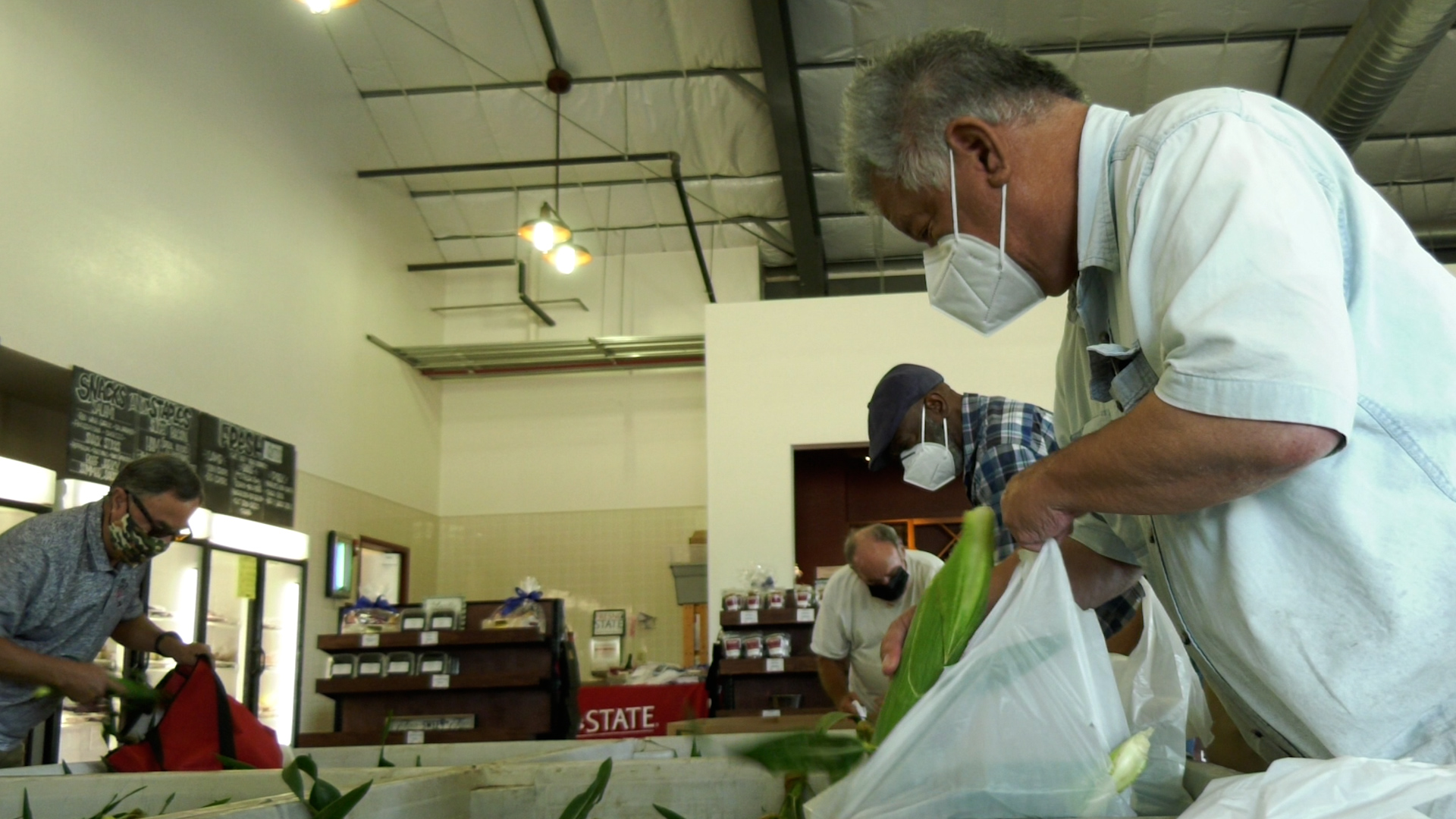 If Glenn Wong hadn’t decided to have breakfast Tuesday morning at a Clovis cafe, he might still be in the dark about one of the region’s most legendary veggies: Fresno State corn.

It might seem to many Valley residents that the return each year of the kernel-icious crop is a ubiquitous tradition that’s as familiar in these parts as the swallows returning to Capistrano or Canada geese returning to retention ponds.

Wong, who moved to Clovis in 2016, said he was in the restaurant when he overheard a fair amount of chatter about corn, not a topic he typically hears bandied about before breakfast.

“I got up early to have breakfast at the Rodeo Cafe, and then this lady comes in and she’s talking about the corn and I go, well, what’s up with this? And they say they’ve got it over here. And she said they were limiting people to two sacks, but it’s really good. So my breakfast came, I packed it up and I came here and there’s already a line.”

As his breakfast of pork chops with a side of bacon and wheat toast cooled in his car, Wong joined a line Tuesday morning that was miniscule compared to the hordes who arrived before the crack of dawn Monday morning — the first day the corn went on sale — to make sure they’d have some for their Memorial Day barbecues.

Have Corn, Will Travel

Taylor Nunes, the farm market student manager, said Friday that she’s surprised at the lengths that some customers will go to.

“So last year, the first lady I talked to in line, she started (on the line) at 4:30 in the morning and she is from New Mexico,” Nune said. “So she came a long ways from home just for our corn.

“I couldn’t really wrap my brain around it. Then she waited at 4:30 in the morning for this corn. She had a cooler out and chairs and a wagon. She had the whole deal ready for corn.”

Tuesday’s line held a couple of veterans who know that if they only wait a day, they can sleep in a bit longer. But not too much longer.

Phillip Buck Castro arrived about 6:45 a.m. to take the No. 2 place in line. He said he skipped Monday’s corn craziness because the store was selling only white corn, and he prefers the yellow. In fact, he even called to verify that the store would have yellow on Tuesday.

Castro said he started buying Fresno State corn about four years ago after hearing his brother recommend it highly.

“My brother told me about it. The corn, it’s real good. So I started coming, and it is real good. He used to come a lot, but he doesn’t anymore. He doesn’t want to get up that early,” Castro said with a laugh.

So, Why Is Fresno State Corn so Darned Good?

Common sense would tell you that Fresno State corn has a couple of things going for it: the fields are planted and harvested in waves, so the corn can be picked at the height of consistent sweetness all summer long.

Campus farm manager Mark Salwasser is in charge of making sure that corn supplies, both yellow and white, remain on hand throughout the summer. Salwasser, who started working for the university 30 years ago — a year before the corn sales started — said Friday that he’s mystified as to why corn has acquired “rock star status.”

“I kind of wish I would know that answer because then I would try to put that on some of our other products as well. And we have a lot of fabulous products at the Gibson Farm Market,” he said Friday. ” …I don’t know if it’s just the timing, about Memorial Day, And people are starting to think about getting in the backyard and having a barbecue and having some corn on the barbecue. So maybe that’s part of it.”

Nunes wants to credit the tender care that students lavish on the produce. “There’s just a lot of love and care that goes into growing corn and all the other products that we either grow or produce here at Fresno State,” she said.

Fresno resident Reuben Cooley credits the corn’s just-picked freshness. Cooley, who runs a catering business, said he eats some corn in the summer but also preserves a fair amount in his freezers — he’s got two — so he can wow the family at reunions.

“I really enjoy coming down,” he said. “Fresno State has got a good thing going and I hope they never quit.”

Their Favorite Ways to Cook (or Not) Fresno State Corn

Reuben Cooley: “I boil it and add butter to it and sometime I use honey on it, and that’s about all I’m a put on it.”

Taylor Nunes: “I just love barbecuing my corn. I love putting a little butter on it with salt and pepper and it’s the best.”

Phillip Buck Castro: “I just like corn on the cob. Regular corn. That’s it. Steam it or barbecue it. … I just throw it on the grill.” 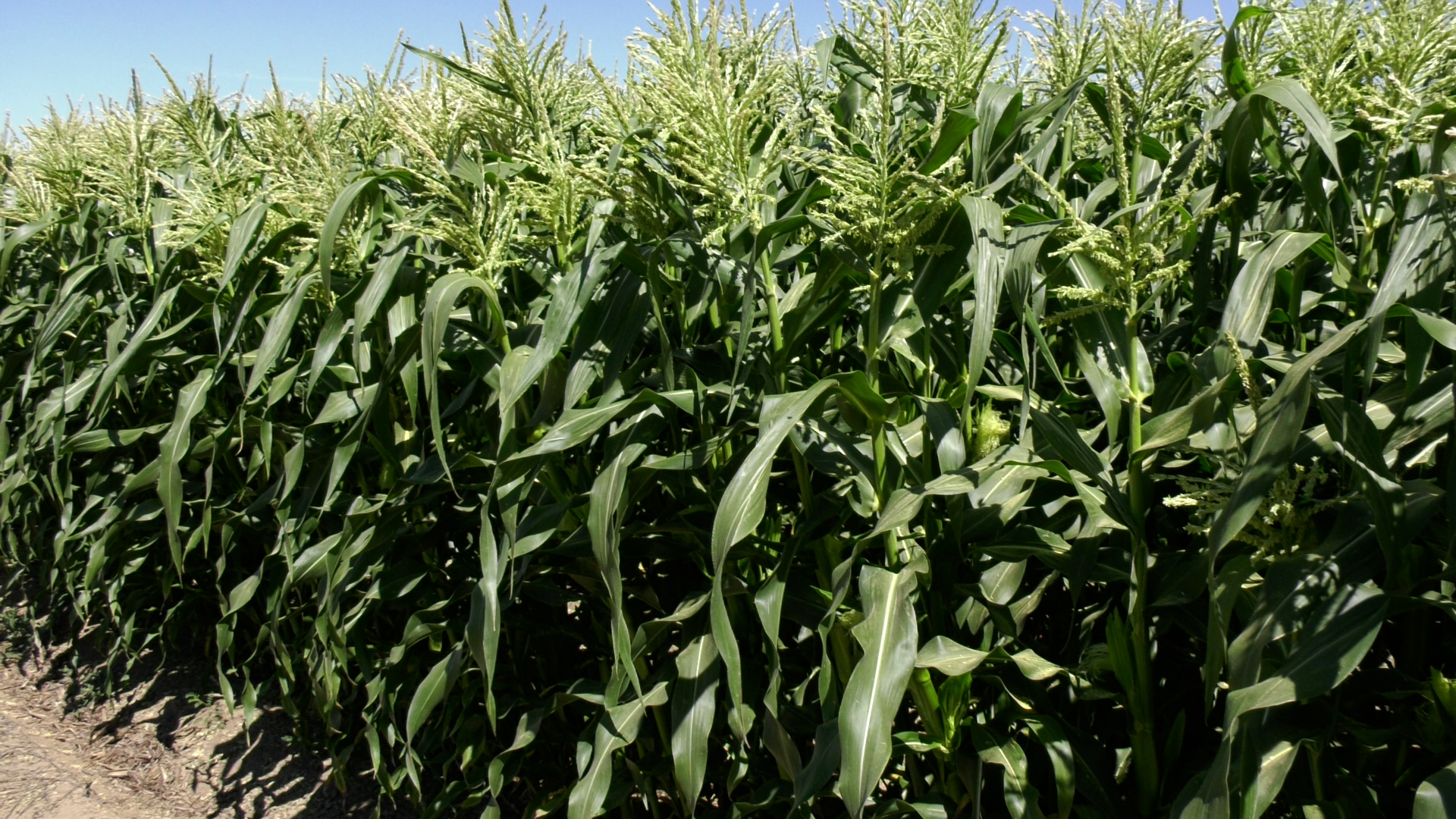