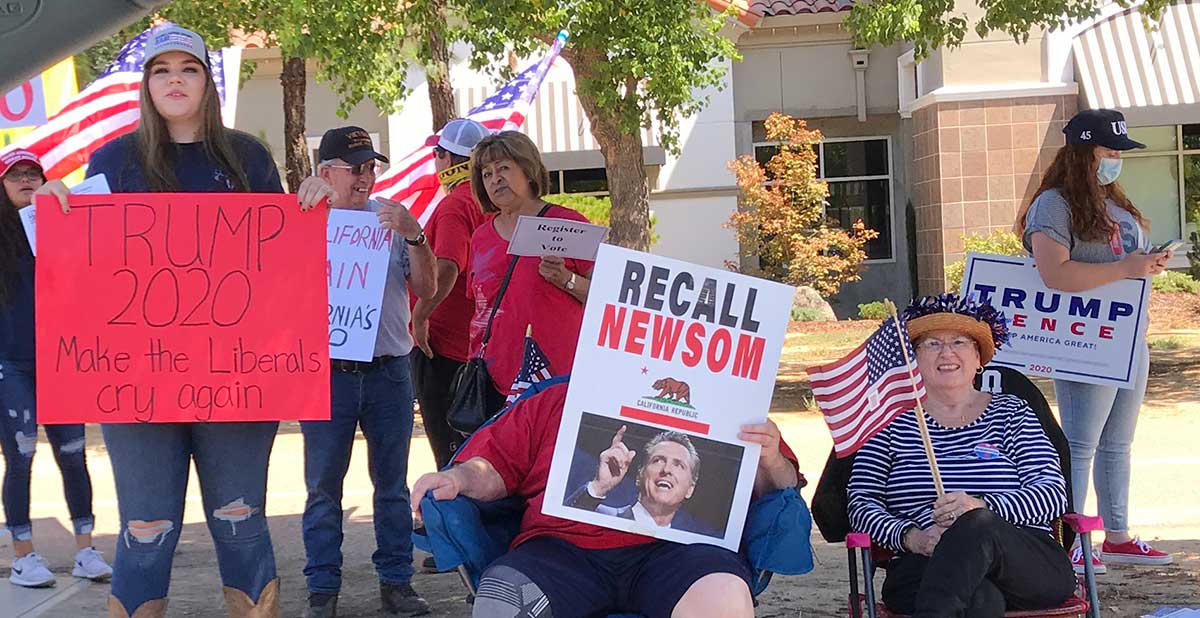 The attempt to recall Gov. Gavin Newsom is in the stage when petition signers can withdraw their signatures.

But in four central San Joaquin Valley counties, the second thoughts are few and far between.

Fresno County reports only 10 requests to pull back signatures. There’s been just one in Tulare County and none in Madera or Kings counties.

That means in Fresno County, only 0.017% of signers asked for removal.

“The next two weeks look to be quiet with a lot of preparation going on behind the scenes,” Kus said.

Based on a 2017 change in recall law, voters have 30 business days to withdraw the signing of a recall petition.

That period ends June 8. California’s 58 counties then have until June 22 to report their results to the Secretary of State. 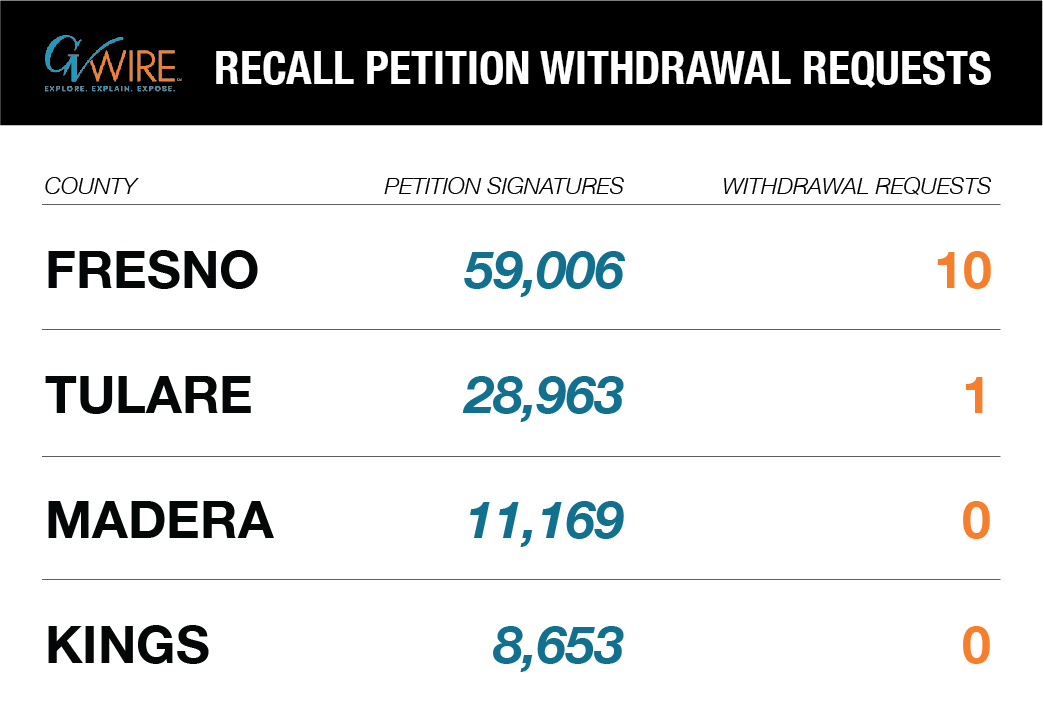 What’s Next for Recall

After the Secretary of State is notified if enough signatures remain, the state Department of Finance has until Aug. 4 to evaluate the recall election’s cost.

The process then moves to the Legislature. The Joint Legislative Budget Committee has 30 calendar days to review and comment on the DOF estimates, through Sept. 3.

Then Lt. Gov. Eleni Kounalakis would have to call a recall election date, 60 to 80 days later. By law, the election must take place on a Tuesday.

That means a recall election most likely on Nov. 2, 9, or 16. Nov. 2 is an already scheduled election for many areas, including Los Angeles County.

Can Recall Be Moved Up?

Democratic state Sen. Steve Glazer is using Twitter to promote the idea of moving up what he calls “this reckless recall.”

Best opportunity to beat this reckless recall of @GavinNewsom is to have an early election. He has rebounded well with vaccines and budget. His biggest threats are the unknowns: virus variant, fires, school reopening. No reason to delay and give opposition any more running room.

Glazer, who is from the East Bay city of Orinda,  says that state lawmakers have the power to decide when the election is held.

“That’s going to be determined by a series of actions the Legislature takes, the Department of Finance takes, the Secretary of State takes,” the governor said. “They’ll make that determination. Period. Full stop.”

Legal experts say that Democrats could speed up the process, but any efforts to do so would be met by a barrage of lawsuits from recall backers.