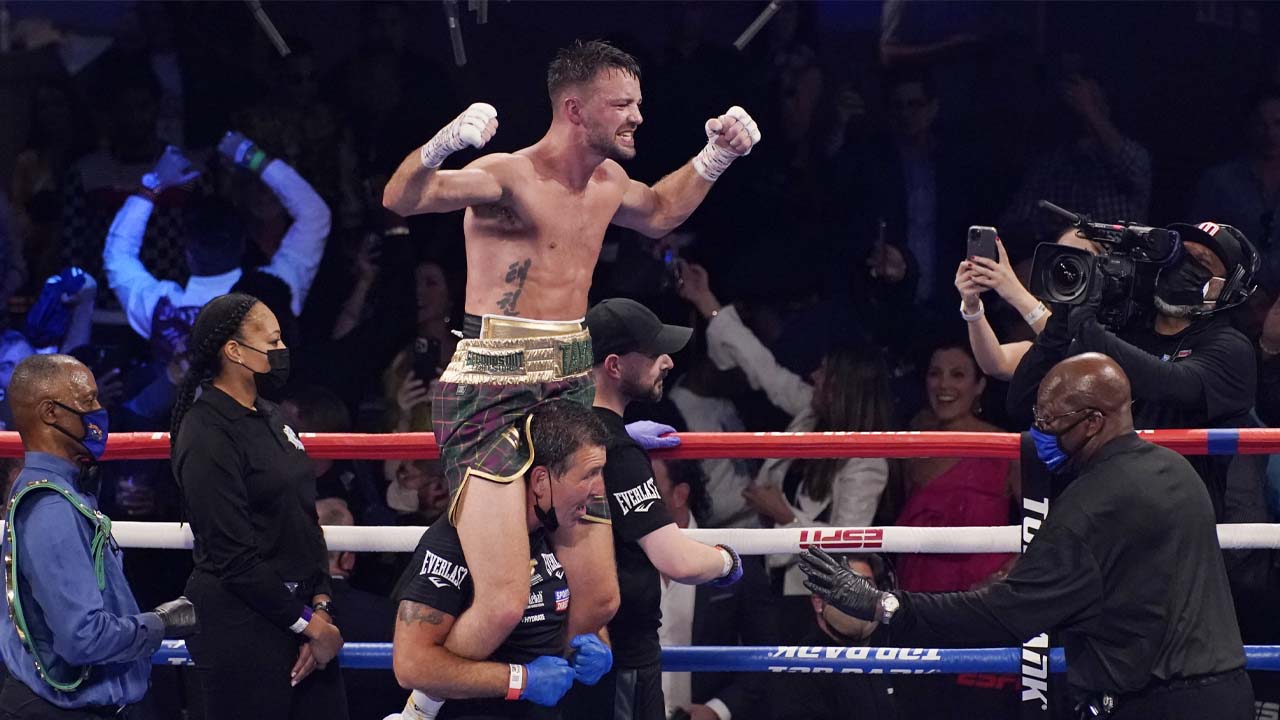 “The plan was to get inside of Ramirez’s head and use his aggression against him. It worked perfectly all week,” Taylor said.

Indeed it did, as Taylor knocked down Ramirez in the sixth and seventh rounds and unanimously outpointed him Saturday night to become the undisputed junior welterweight champion.

Eighty-eight percent of the punches landed by both fighters were power shots, according to CompuBox.

• Taylor had the edge in power shots landing the cleaner, harder punches

• 88% of the punches landed in the fight were power shots pic.twitter.com/YmMiEzAHqy

Taylor Put Ramirez Down in Rounds 6, 7

“I walked him into some good shots,” said Taylor (18-0, 13 KOs). “I knew he would try for a left hook to the body or the right hook up to the head, the big right hook he’s very good at that. He left himself open, puts his head down, and I took a step back and hit him with the uppercut.”

Taylor’s big left counter cross to the jaw dropped Ramirez early in the sixth round and he used a destructive left uppercut in the seventh round. The second knockdown clearly dazed Ramirez, as referee Kenny Bayless had to ask him twice to step forward without stumbling.

“I actually think the referee gave him too much time,” Taylor said. “That should have been fight over.”

This @JoshTaylorBoxer pull counter for the first knockdown scored pic.twitter.com/i0HmvGSZTu

Taylor, who already held the WBA and IBF titles, is the first Scottish fighter to attain undisputed status after taking Ramirez’s WBC and WBO belts.

Despite Taylor exhibiting tremendous speed, Ramirez (26-1, 17 KOs) was in control early in the fight and won three of the first four rounds. While ducking in and out of Taylor’s left hand, Ramirez was able to close the gap and keep his body close enough to land short power shots to the body, and occasional slips to the head.

An early third-round spree by Ramirez left Taylor staggered, as he continued to wear down the 30-year-old and ended his best round with a 25-11 advantage with landed shots — 21 of them power shots. Ramirez registered 30 more attempts in the third round, leading Taylor to come out cautious in the fourth. It also made it easier for Ramirez to close the gap and stay in tight, where he is used to fighting in a comfort zone and stand to shoulder to shoulder while answering everything thrown his way. Meanwhile, a frustrated Taylor, whose left eye was cut in the third, was warned for a third time for pulling Ramirez’s head down.

“I thought, after the fifth round, ya know I’m doing really well,” said Ramirez, 28, who had only been knocked down twice previously. “I felt like I was winning the sixth round, too, until the knockdown came.” 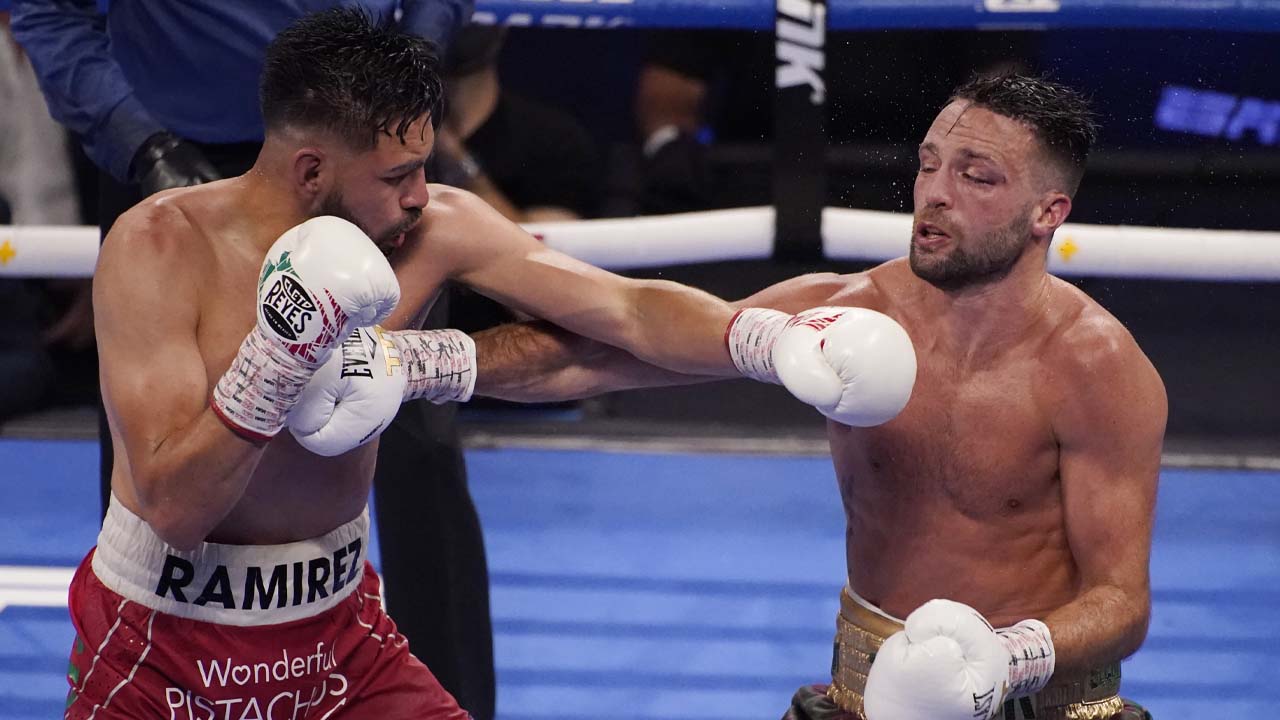 Taylor Did ‘Everything Right’

Taylor’s patience through the first five helped him transition from being disciplined and to a strategic tactician who set Ramirez up perfectly as he continued to charge into attack. Taylor’s counter punches proved to be too much.

“It was quite easy to keep the distance and keep boxing him,” Taylor said of his game plan. “I actually could have made that fight a bit easier if I kept a little bit more disciplined. When he got success was when I put my hands up and closed my guard and let him through. He was strong doing that.

“My will to win is second to none, I’m so determined. I’ve done everything right this week.”

It marked the second time the 140-pound title was unified. Terrence Crawford beat Julius Indongo with a third-round knockout the first time on Aug. 19, 2017.

Both are 2012 Olympians, as Ramirez represented the United States and Taylor represented Britain. 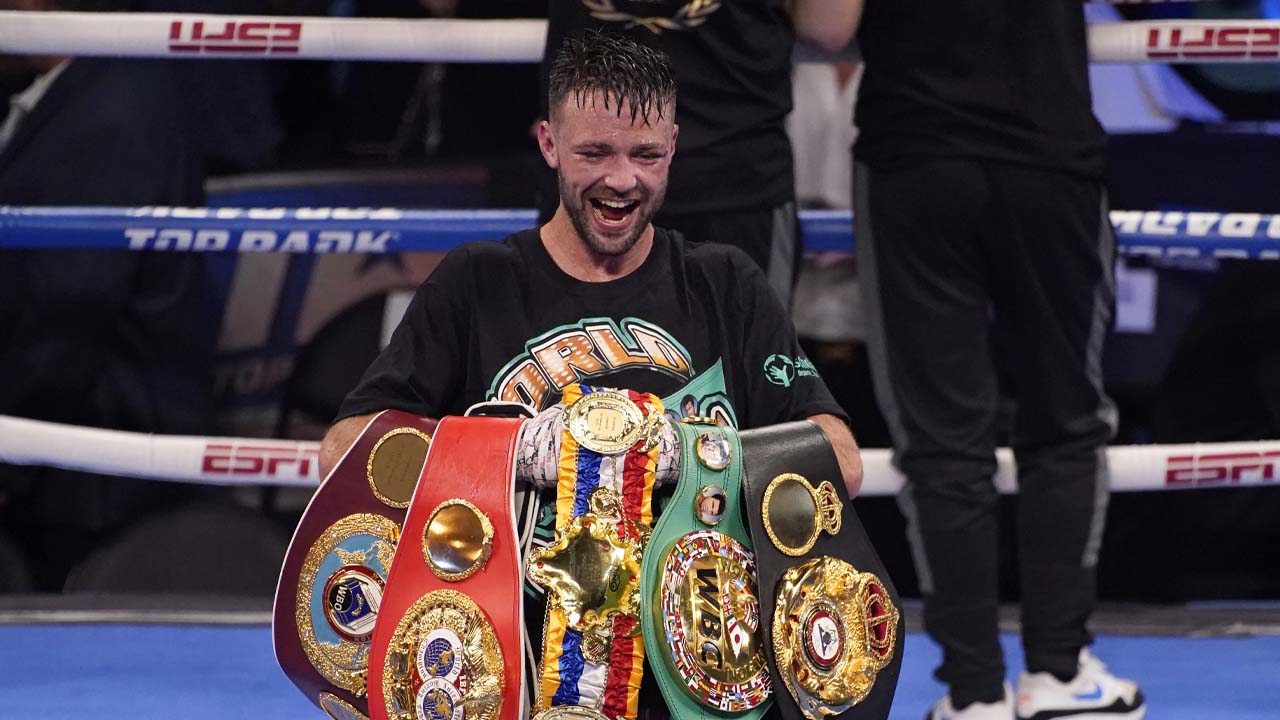 Josh Taylor shows off his belts after becoming the first undisputed world champion from Scotland during the four-belt era. (AP/John Locher)

How to See Wednesday’s Rarest of Rare Moon Event