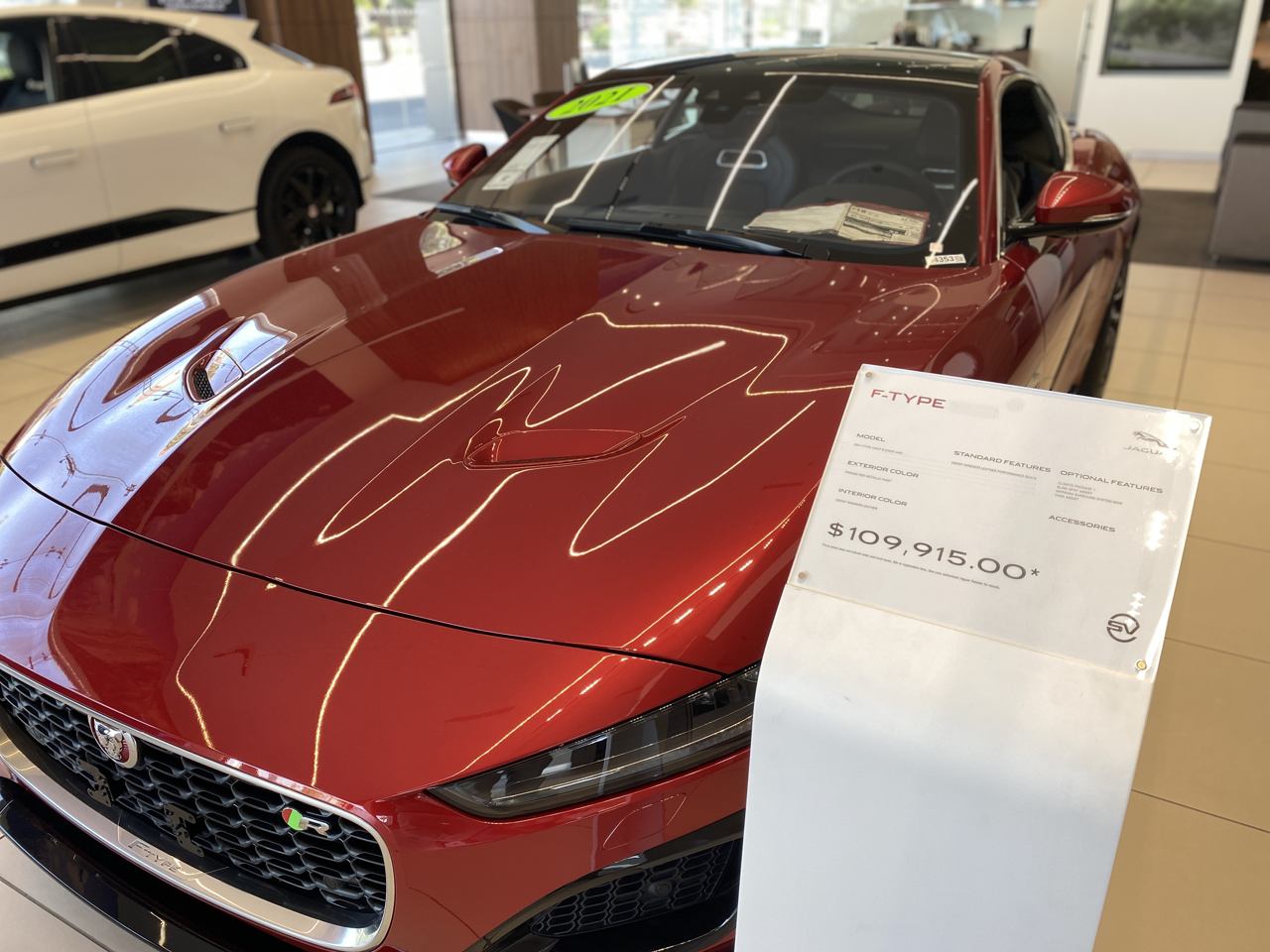 Fresno’s sales tax will go up three-eighths of a percent on July 1. It is the result of Measure P, the 2018 measure that was declared approved earlier this year.

Measure P has a specific formula on how the money will be spent, mostly on parks and trails. It received 52% of the vote in 2018, deemed to have failed at the time because it not receive two-thirds of the vote. Subsequent court decisions ruled it only needed a majority.

The increase will be minimal for most items. For example, purchases of big ticket items like cars could see a $37.50 tax increase for every $10,000.

City estimates have the increased sales tax bringing in $34 to 38 million annually, depending on the tax base. While the tax goes into effect in approximately six weeks, the city won’t see the new revenue roll in until the fall.

Retail experts GV Wire spoke with say the new tax may change some spending habits, but not by much. 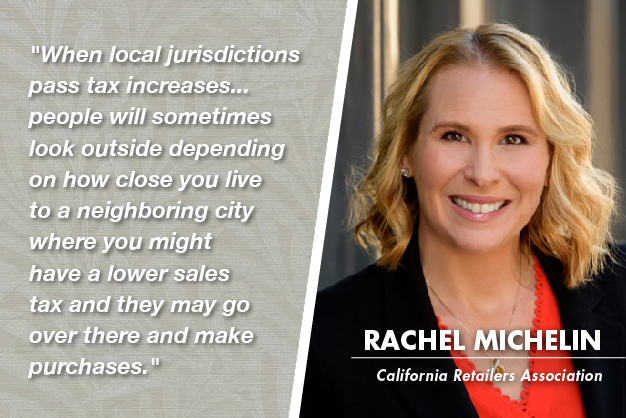 Scott Miller, the CEO of the Fresno Chamber of Commerce and Measure P committee member, says he’s received positive comments from his membership.

“(They are) looking forward to some improved infrastructure in the city,” Miller said.

No member has told him they were concerned about customers going outside of Fresno to make purchases.

Rachel Michelin, president/CEO of the California Retailers Association, is unsure how customers will react.

“Maybe people don’t care as much. But what we have found is that when local jurisdictions pass tax increases … people will sometimes look outside depending on how close you live to a neighboring city where you might have a lower sales tax and they may go over there and make purchases. So it’s going to be hard to tell. We’re still coming out of the pandemic, so it’s still up in the air on how people are going to react to things,” Michelin said.

Some big-ticket items that shoppers may head elsewhere for are home improvement items and entertainment systems.

“Is it going to have a huge impact? Probably not on some of the bigger retailers. I always worry about the smaller retailers and the impact it could have. From a business perspective, I think our number one focus should be on doing everything we can to help our small businesses,” Michelin said.

Michelin says while some Fresno consumers may be upset, pent-up demand because of the pandemic may overcome any objections. 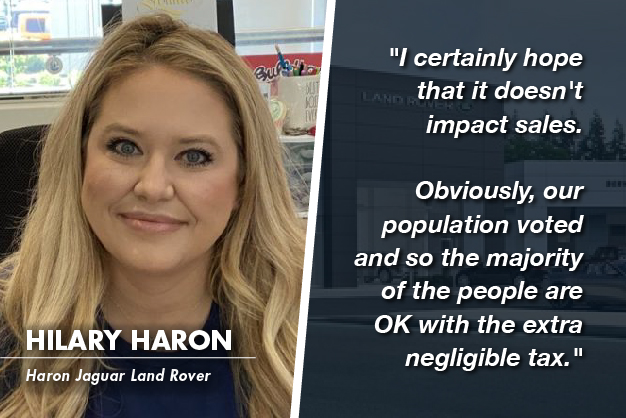 The tax increase will be most notable on big-ticket items like autos, recreational vehicles, and boats. And, it doesn’t come much more big-ticket than Haron Jaguar Land Rover.

“I certainly hope that it doesn’t impact sales. Obviously, our population voted and so the majority of the people are OK with the extra negligible tax,” Haron said.

She said the local car dealer advocacy group did not take a position on Measure P.

“I wouldn’t say that we are completely unconcerned. It’s certainly something in the back of our mind. But I think that we have a lot of other things that are going on that maybe take precedent in the discussion,” Haron said.

Car sales tax is calculated by where the purchaser lives, not where the car is bought. Thus, anyone who lives in Fresno will see the tax increase no matter where they buy a car.

In a GV Wire poll of voters conducted in January — before the state Supreme Court declined to hear the case, marking Measure P’s approval — 53% of respondents said they would still vote for the initiative, surpassing the 52% it received in 2018.

Asked if a subsequent tax proposal should go to parks only, public safety only, a combination of the two, or no tax at all, a plurality (36%) chose a balanced mixed.

The results for the six-question survey showed a higher percentage of identified Democrats supporting Measure P than identified Republicans.

The Measure P committee is scheduled to hold its first meeting on May 25. The agenda includes mostly introductory items such as swearing in the board, electing leadership, and establishing bylaws.

“It’s going to be huge for the city, no question about that. And I look forward to being in the conversation for sure,” Miller said. 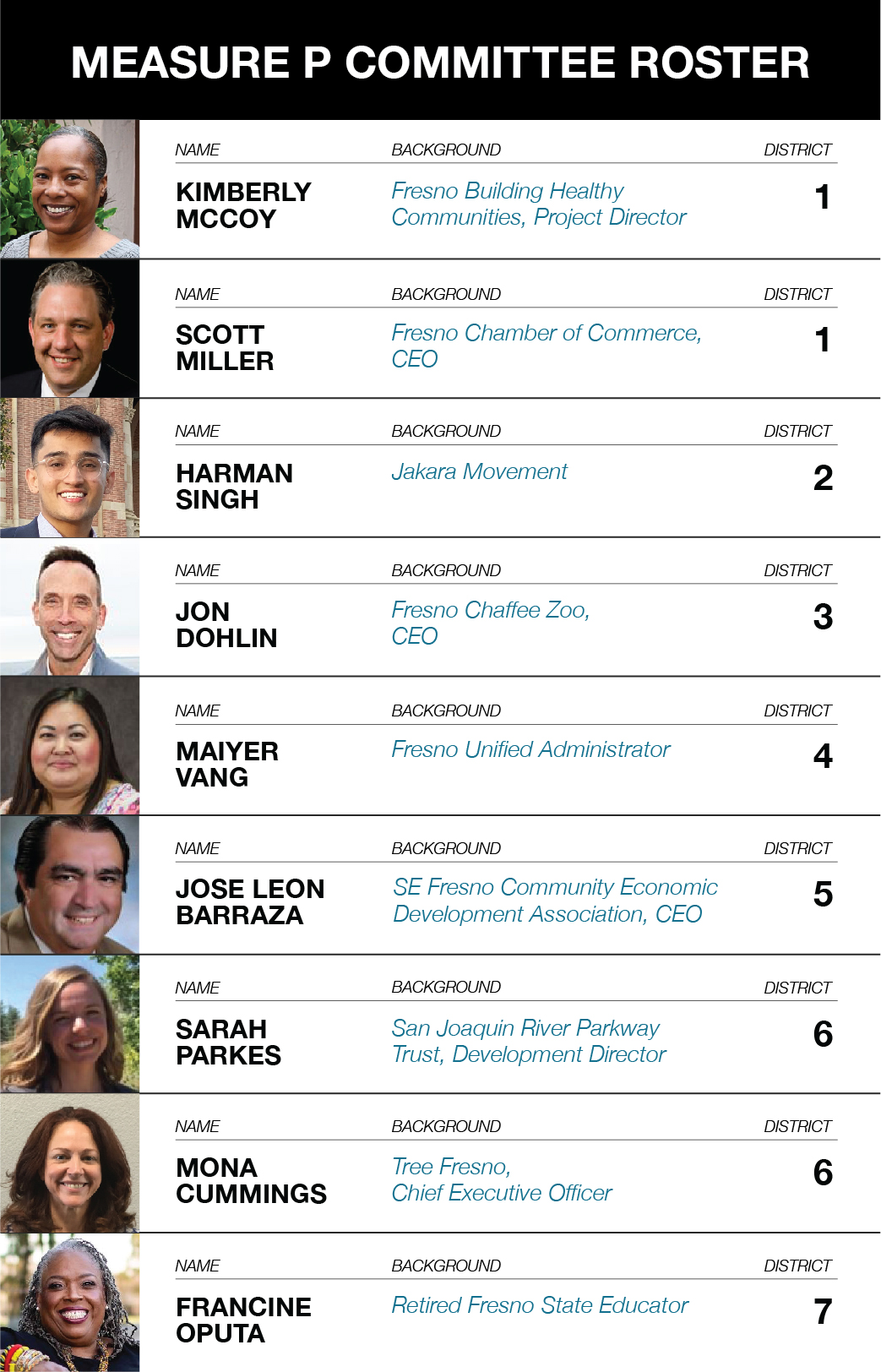 Note: Mona Cummings, executive director of Tree Fresno is also a commissioner. She was originally omitted from this list during the original story. While the committee has at least one member from each district, the bylaws do not dictate each district has to be represented. In another update to this story, an incorrect photo was used of Harman Singh. It has now been updated.

Blinken off to Mideast to Push Peace Talks After Gaza Truce