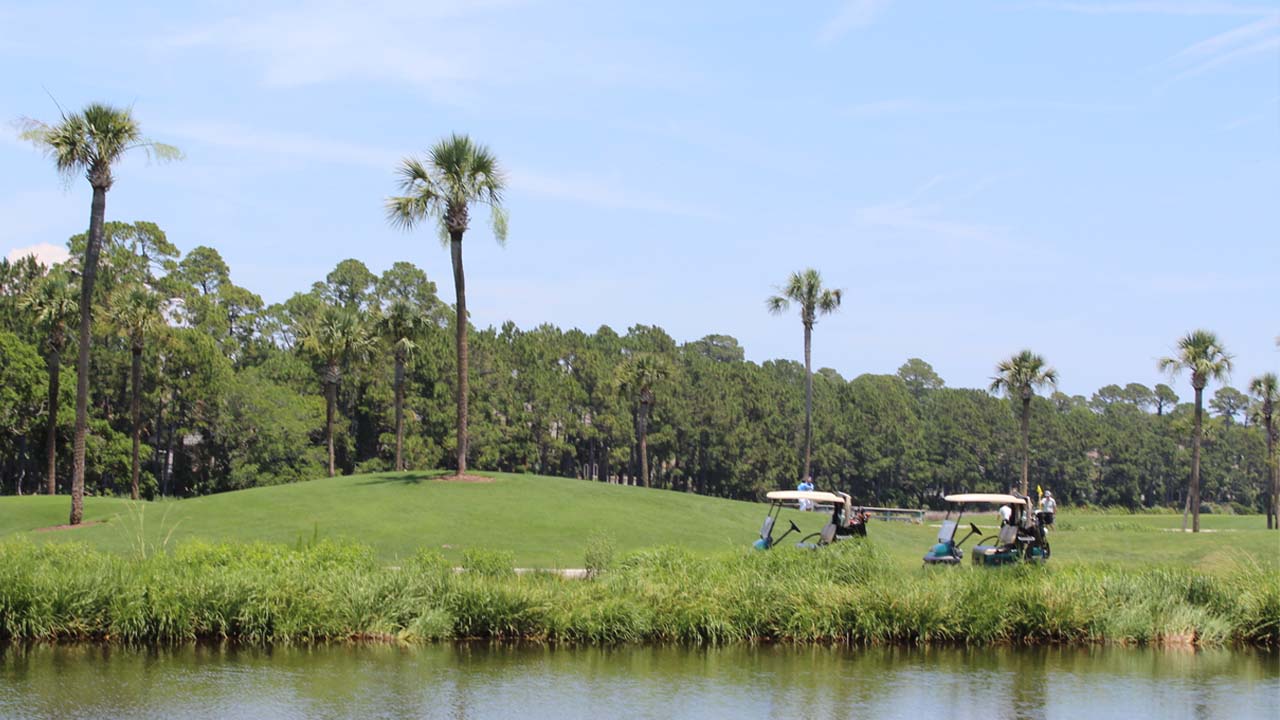 As Bryson DeChambeau prepares for the PGA Championship on the wind-swept Ocean Course at Kiawah Island, a test that he calls the most difficult he’s seen since he transformed his body during golf’s pandemic pause, he’s trying to get comfortable with leaving a few things up to fate.

“I hit a perfect shot with a 53-degree wedge … and on the device it says it went the right distance and then we looked up and it landed 5 yards past the flag and went over the green just because of wind,” DeChambeau said Wednesday. “It just gusted right at that moment. A lot of it is going to be dependent on luck this week.”

Another way to put it might be that playing in the wind is more art than science. Not that DeChambeau isn’t trying to understand the science part.

“If there was a way to figure out the wind — man, you guys are going to eat this one up, but the laminar flow of the wind and how it works,” DeChambeau said. “I mean, look, there are certain times where over certain dune hills and stuff on greens and before the greens where the wind will flow down and up and over certain mounds, so that’s going to make it feel weird, play different.”

And that may be why the longest course in major championship history doesn’t necessarily favor the PGA Tour’s leader in driving distance.

The beefy DeChambeau comes into the year’s second major like many of his compatriots ranked in the top 10 in the world — amid a successful but hardly dominant year. He won at Bay Hill, where firm greens and thick rough played to his literal strengths much the way they did when he won last year’s U.S. Open at Winged Foot. He contended the next week at The Players Championship but sagged to a tie for 46th at the Masters.

He’s certainly the only top-10 player to talk about a UFO sighting, as he did this week on a SiriusXM radio show, and theorize about time travel, wormholes and parallel universes.

“I’ve got a lot of opinions and viewpoints on things outside of the game, and eventually that will become more public, but for the most part talking about aliens is kind of cool,” DeChambeau said.

If interdimensional travel could help him figure out how to putt in the wind, he’d probably be open to it.

“Knowing how the wind is going to affect your putt, man, you’re way ahead of the game,” DeChambeau said. “Nobody has figured it out other than intuitively.”

DeChambeau has also hit a little roadblock in his never-ending quest to swing the club faster. He’s using a driver this week that’s “not fully maxed out with everything” in search of more control. He’s also pushing up against the limits of his own body, at least for now.

“I’ve reached a physical limitation that I don’t know how to get past yet. I’m getting stronger. I’m the strongest I’ve ever been, but it doesn’t produce swing speed, which is really interesting,” he said. “How to increase swing speed like you’re working out is something that nobody has ever really figured out.”

So much to figure out, and so little time, but at least DeChambeau is never bored — or boring.

“I find the grind and the passion and the perseverance going down a different road, unique road, pretty intriguing to me,” he said. “It just keeps me firing on all cylinders.”

Related Topics:Bryson DeChambeau
Up Next