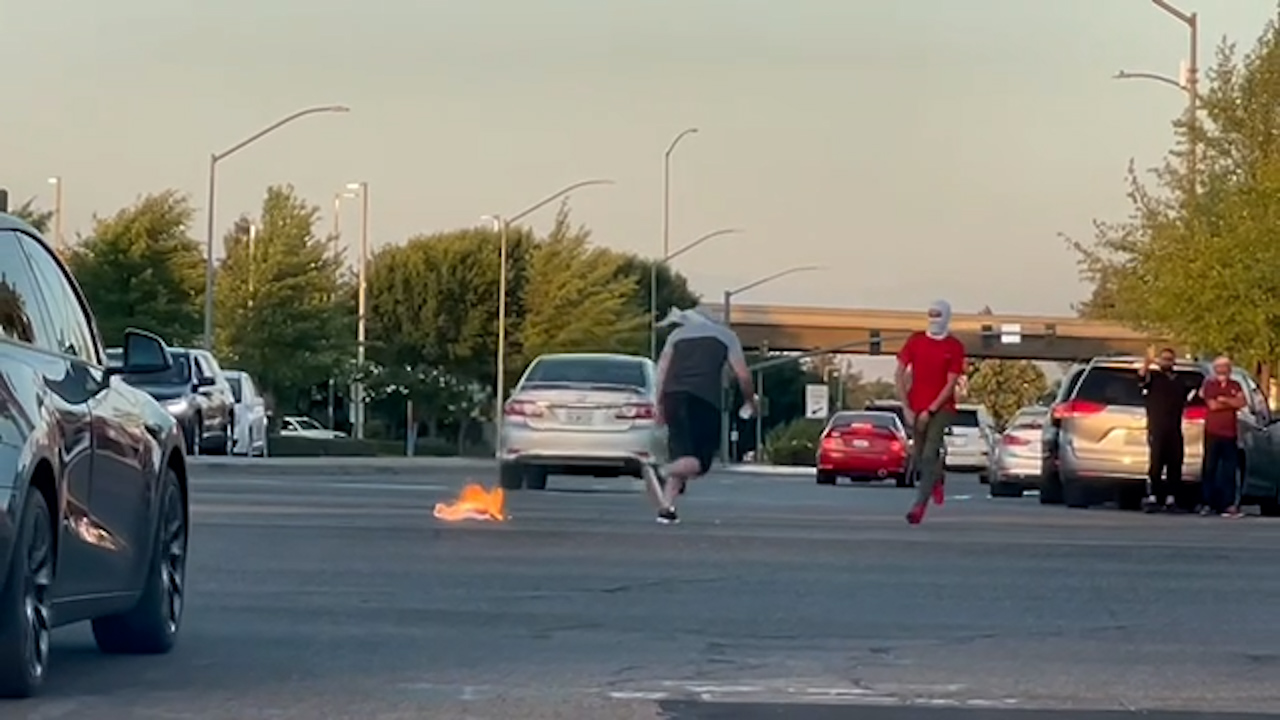 Hundreds of protesters supporting Palestine gathered Tuesday night in north Fresno. Carrying flags and chanting slogans, the demonstrators called for an end to latest Israel-Palestine fighting in the Gaza strip.

The event was organized by Reza Nekumanesh, executive director of the Islamic Culture Center of Fresno, along with the Fresno State Muslim Student Association.

Their goal was to raise awareness of the plight of Palestinians, as well as to lobby Congress to end U.S. foreign aid to Israel.

“Other than last summer’s Black Lives Matter march, it was probably the biggest group of protesters I’ve ever seen in Fresno,” Nekumanesh said. “And I’ve been on the streets for about 25 years in Fresno, protesting. It was just an amazing show of power and solidarity.”

Nekumanesh said the event, with an estimated 600 people attending, was peaceful. However, there was one incident of a flag burning, and report of a man being pepper-sprayed.

A video, captured by the right-wing documentarian group Oreo Express, shows what appears to be an Israeli flag being lit on fire in the Nees Avenue crosswalk at Blackstone Avenue. 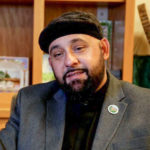 “Our goal was also that we wanted to present ourselves in a powerful way and not in a way that was going to be destructive or or in a way that would shed a bad light on the very important message that we had for the evening.” — protest organizer Reza Nekumanesh

One man — his head and face covered — lit a white flag, with blue stripes on the ends — consistent with the Israeli flag. Another man in red picked it up, shook it until the flames died down, and took it toward the sidewalk. There, it appeared to be lit again.

“There was a report of something, possibly a flag, being burned in the street.  My understanding is this was a small fire that extinguished on its own.  We had approximately 15-20 officers monitoring the protest,” Fresno Police Lt. Rob Beckwith said.

Nekumanesh was upset over the flag burning. He said his pants and shoes caught on fire momentarily but nothing burned and he was not hurt. He called it a “miracle.”

“Our goal was also that we wanted to present ourselves in a powerful way and not in a way that was going to be destructive or or in a way that would shed a bad light on the very important message that we had for the evening,” Nekumanesh said.

There were also reports of a man being pepper-sprayed after a physical confrontation with protesters.

Video captured by The Fresno Bee shows a man having a civil discussion about the Israel-Palestine conflict. Later, the man is complaining of a burning sensation as others provide water to douse his eyes.

“There was an incident reported to us that we are investigating.  A man from out of state reported to us that he was in the RiverPark area and went to the location of the protest to see what was going on.  At one point he told us he was intentionally struck with a cardboard sign.  He grabbed the sign and ripped it up.  This caused some pushing and shoving and at some point, someone in the crowd pepper-sprayed him.  He did not know who pepper-sprayed him.  Aside from the irritation effect of the spray he was not injured.  We have taken a report and will conduct a follow-up investigation.  No arrests were made as the victim did not know who sprayed him and there were no witnesses who came forward.”

Nekumanesh said the man was causing a problem, and he asked him to leave. The man refused.

“There was somebody who decided to come there and agitate and even harass some of the women that were there,” Nekumanesh said.

Witnesses the Bee spoke with said the unidentified man “was acting violent and saying racial slurs.”

As written by the Bee: “The crowd saw he was violent,” said Khalid Ziadeh, who added that he was not sure if the man had been pepper-sprayed. “So they stayed clear away from him.”

Brian Turner Out of Jail

Brian Lee Turner, the man Fresno police arrested for a separate incident of alleged pepper-spraying, bonded out of jail on Tuesday evening.

Turner, 62, was arrested nearly seven hours after video posted on social media showing him spray a liquid toward a car that pulled up beside him on Nees Avenue at Blackstone Avenue. It happened during another pro-Palestinian rally last Saturday.

Beckwith told GV Wire that occupants of the car argued with Turner about support of Palestine. One of the occupants exited the car, approaching Turner in an “aggressive manner.”

Turner faces three counts of illegally using teargas. His bond was set at $150,000.

He is scheduled for a July 22 arraignment in front of Judge Heather Mardel Jones.