City Can't Get Into Tower Theatre. This Is What It Looks Like. 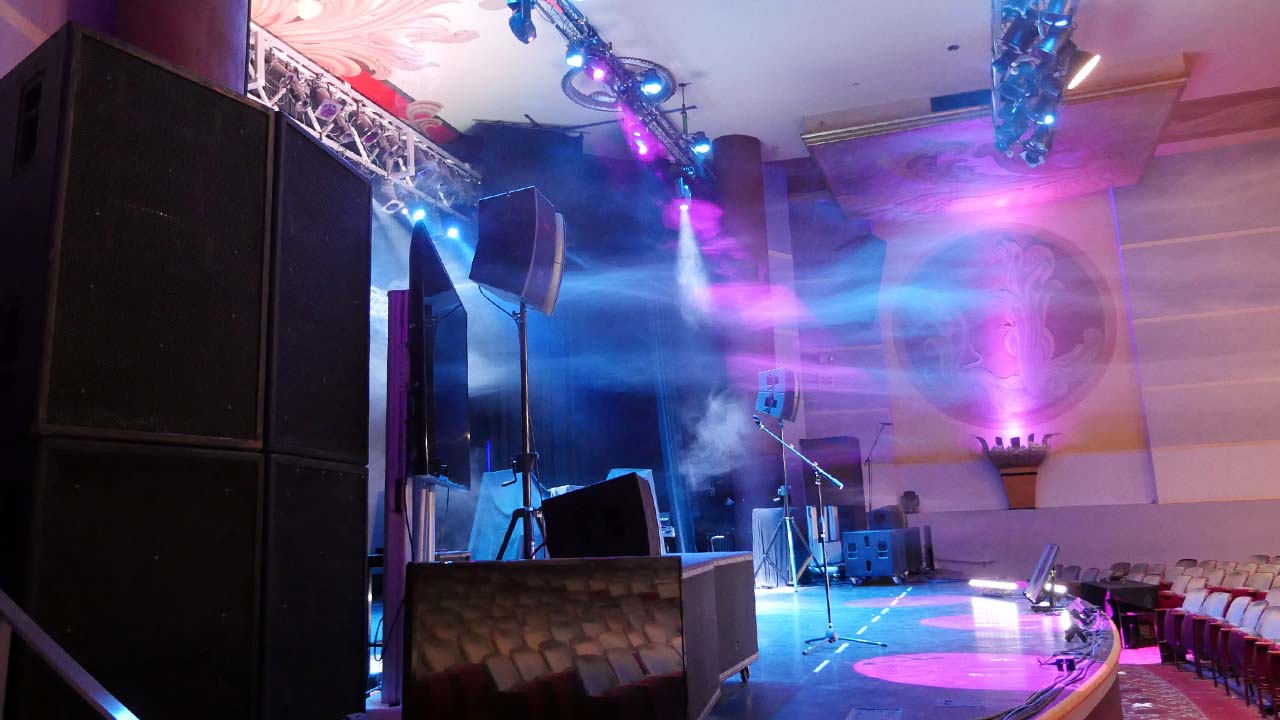 The city of Fresno can’t get access to the historic Tower Theatre and it is asking a judge to allow an inspection. The city says it needs access to perform an appraisal. And, a councilwoman says the city needs to make sure the theater is preserved.

In the meantime, owner Laurence Abbate granted GV Wire access for video and pictures. There is no apparent deterioration inside or outside.

“The ultimate goal of the city council is to ensure the historic preservation of this iconic theater. That’s the end goal beyond the appraisal. We’ll see what are our options to ensure that happens,” District 1 Councilwoman Esmeralda Soria said.

Abbate said the theater has always been preserved.

“It doesn’t make any logical sense that she’s saying we (the city) want to buy it to preserve it. It is preserved and it is owned by somebody right now. And if someone else buys it, it will still be preserved,” Abbate said.

Judge D. Tyler Tharpe will hear the city’s petition, although a date has not been set. Soria said it could take up to 60 days, despite the city’s request for an expedited hearing.

Preservation of the Theatre 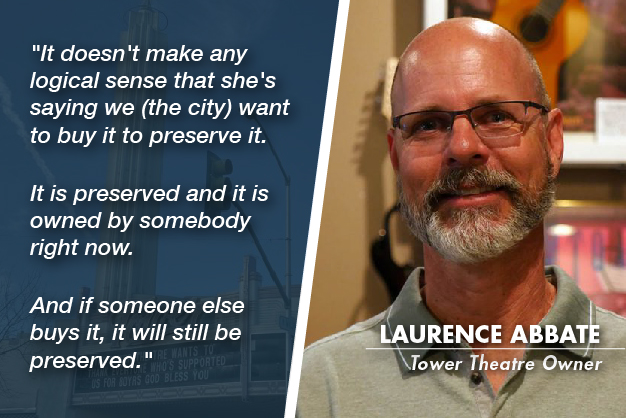 The city of Fresno’s formal involvement in the Tower Theatre sale is the latest drama, which has seen court cases and weekly protests.

The filing made last week is on top of a lawsuit Tower Theatre already faces in its attempt to sell its property to Adventure Church. The church rents the theater for religious services and is attempting to buy the theatre and adjacent properties. The deal is being held up by Sequoia Brewing Company, one of the property tenants, on contractual grounds.

Although escrow has elapsed, Abbate said he still plans to sell to Adventure Church. He said he receives offers weekly to buy the theater, but has turned them down so he can sell to the church.

Adventure Church has also publicly said it plans to continue operating the theater for live events and movies.

The theater has been on the federal Registry of Historic Places since 1992.

“We don’t know because we haven’t entered the facility. So this will allow us to evaluate and ensure that it is being preserved,” Soria said.

Asked if she has been in the theater recently, she replied “Not in a while, because it’s been closed for so long.”

“It’s obviously just a stall technique. I feel they see the end of the road with our tenant and not sure what to do. I heard protesters were kind of challenging her on issues. And so I think she’s got to do something… and this is an option that she has,” Abbate said.

Abbate offered to share an existing appraisal of the theater with the city, but he would not allow them in to inspect it.

“Why would I give them permission to do that? I don’t see that they are any friends of mine,” Abbate said. He said he would abide by the court’s decision. 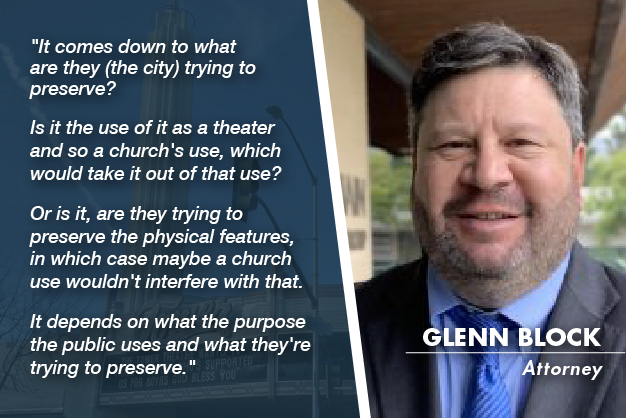 While the city’s filing does not mention eminent domain, it does cite a state law that allows the government to take a private building for preservation purposes.

Glenn Block, an attorney with the California Eminent Domain Law Group, has specialized in defending properties from government takings for more than two decades. He says the city of Fresno probably has a right to inspect the Tower Theatre against the owner’s wishes, but buying the theater using eminent domain may be a tough sell.

State law allows the government to acquire property for historic preservation purposes, and thus it likely has a right to conduct an appraisal, Block said.

When eminent domain is used to preserve buildings, it is usually to save a crumbling historic place, Block said.

“If (the city was) concerned that the property under private ownership would have its use changed or its physical features would be changed, or that it would be demolished and developed — those are things presumably that that could justify the necessity of acquiring the property to preserve it,” Block said.

Block, who is not involved in the case, said it ultimately depends on the city’s intent.

“It comes down to what are they (the city) trying to preserve? Is it the use of it as a theater and so a church’s use, which would take it out of that use? Or is it, are they trying to preserve the physical features, in which case maybe a church use wouldn’t interfere with with that. It depends on on what the purpose the public uses and what they’re trying to preserve,” Block said. 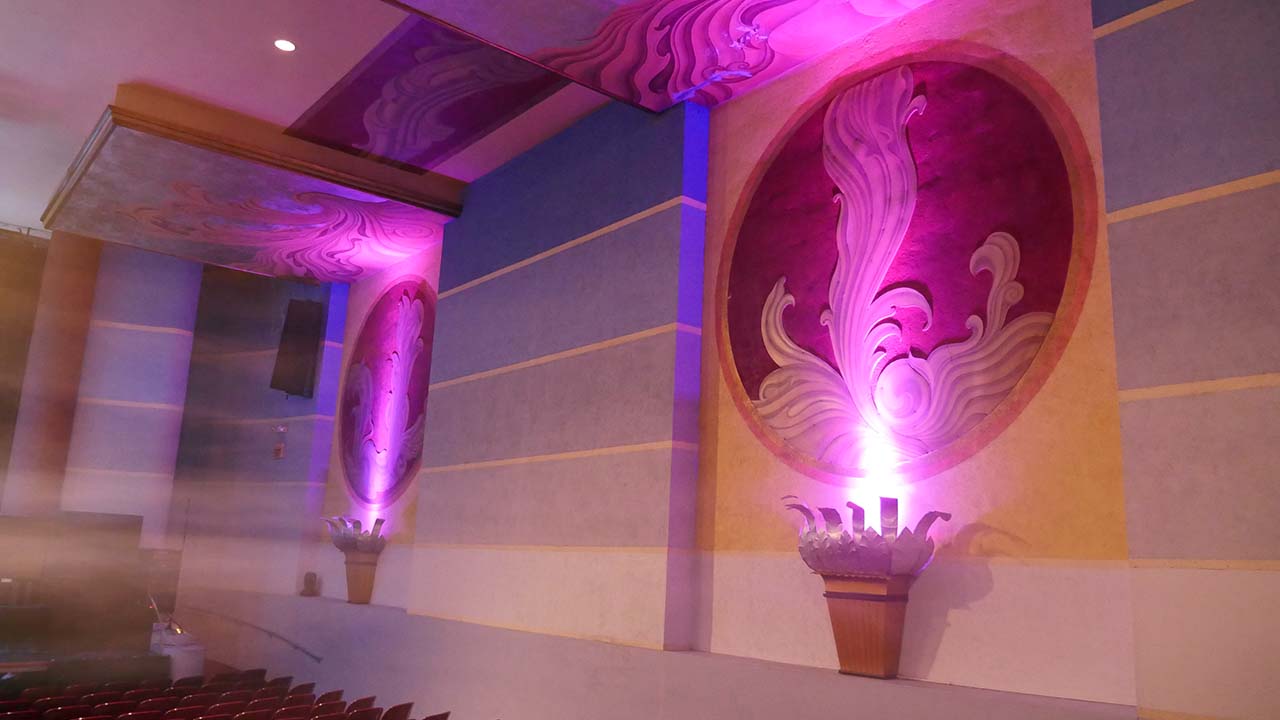 Soria said the city attorney filed the petition at the direction of both the city council and administration. No formal vote was taken publicly during a council meeting or privately during closed session (any closed session vote is required to be reported publicly).

Councilman Garry Bredefeld says the city shouldn’t be involved at all.

“It’s a private transaction. I don’t believe the city had any business getting involved and interjecting itself in the transaction,” Bredefeld said.

“There are people who get elected to government and think they’re little kings and queens and can engage in all kinds of mandates and edicts and that the people that elected them all of a sudden become peasants. And we see it on every level of government,” Bredefeld said.

“I don’t understand why they would say that it’s a government overreach. It is part of the process that we take when we want to preserve something that is historic. And this is just part of the process. There’s no action beyond asking the court to allow it to take place,” Soria responded. 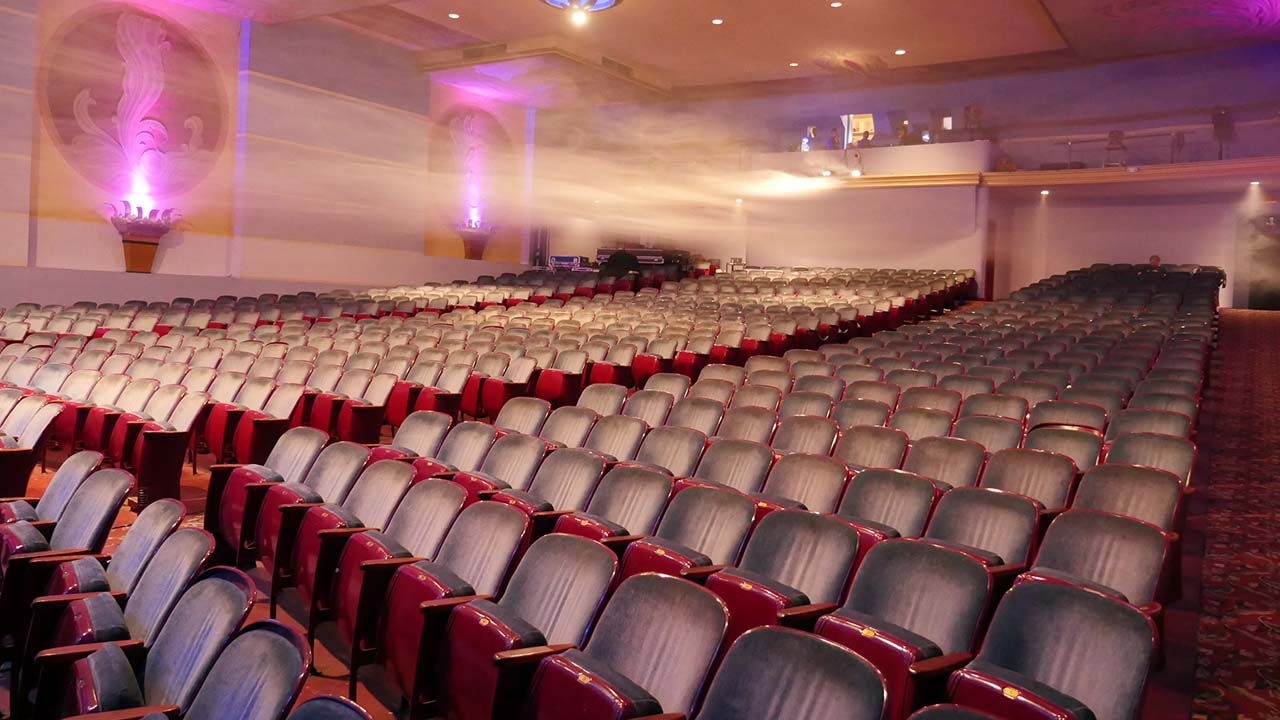 A look Tuesday inside the Tower Theatre (GV Wire/Jahz Tello)

EXPLAINER: Why Has the Price of Bitcoin Been Falling?