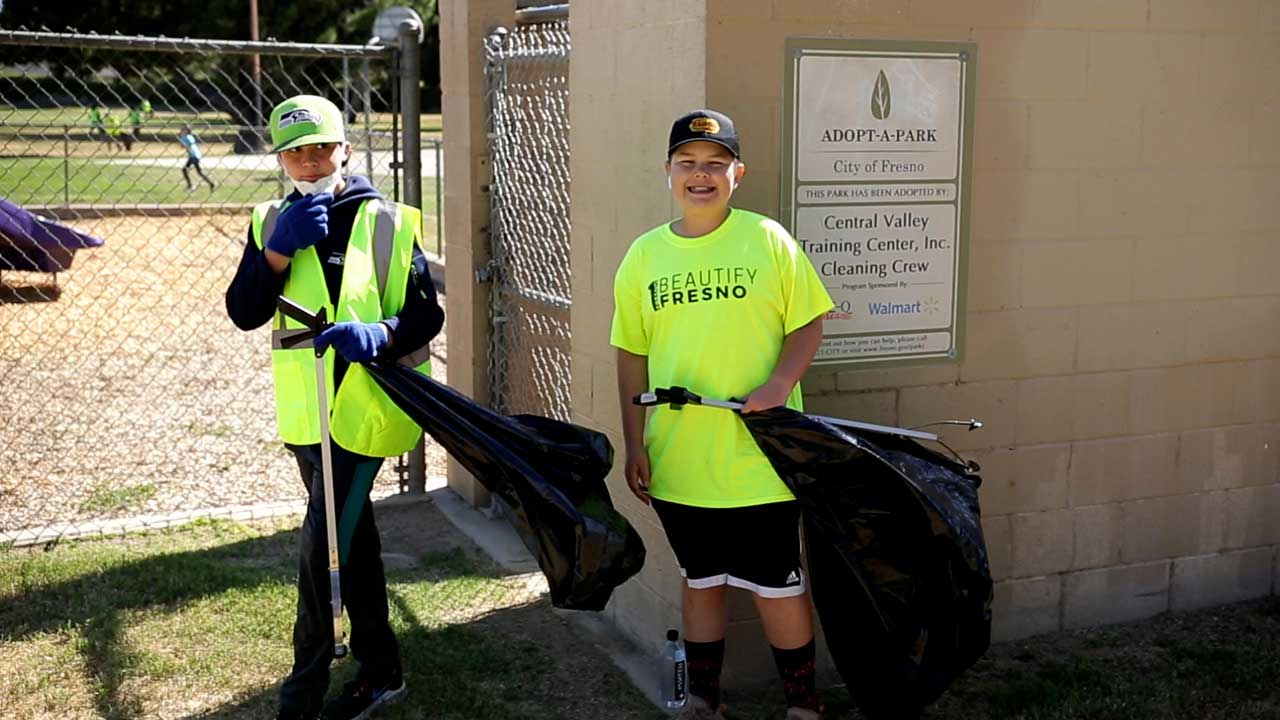 Going past Logan Park while heading to school 18 months ago, Ryan Trevino saw trash strewn all over the place and thought, “Why doesn’t someone do something about it?”

That “someone” turned out to be Trevino, a 12-year-old who attends Manchester GATE.

On Saturday, Ryan and 100 other volunteers picked up 83 bags of trash, three shopping carts filled with garbage, a mattress, and a dresser. And then cheered when it was all hauled away.

The clean-up originally was scheduled for October of last year, but COVID-19 scratched it from the calendar.

Still, Ryan remained determined to see his popular northwest neighborhood park sparkle — from the ballfields to the playground to the barbecue grills.

Ryan’s mom, Kelly, helped him write a letter to city councilman Mike Karbassi spelling out what he wanted to do.

It helped, of course, that Kelly works for the city’s Office of Economic Development.

But it’s hard to imagine any councilmember turning down a request from a student to help organize a neighborhood clean-up.

This coming Saturday, Beautify Fresno will scour Granite Park from 9 a.m. to 11 a.m. One hundred people have already signed up, but you can add your name to the waiting list.

And, the International Association Of Fire Fighters Local 202 cooked hotdogs and provided chips and soft drinks.

After Dyer and Karbassi presented Ryan with a Beautify Fresno certificate of appreciation, he told GV Wire, “I have a voice now. … We’re just starting.”

Related Topics:Beautify Fresno
Up Next

Newsom’s Income Went Up in 1st Year as Governor