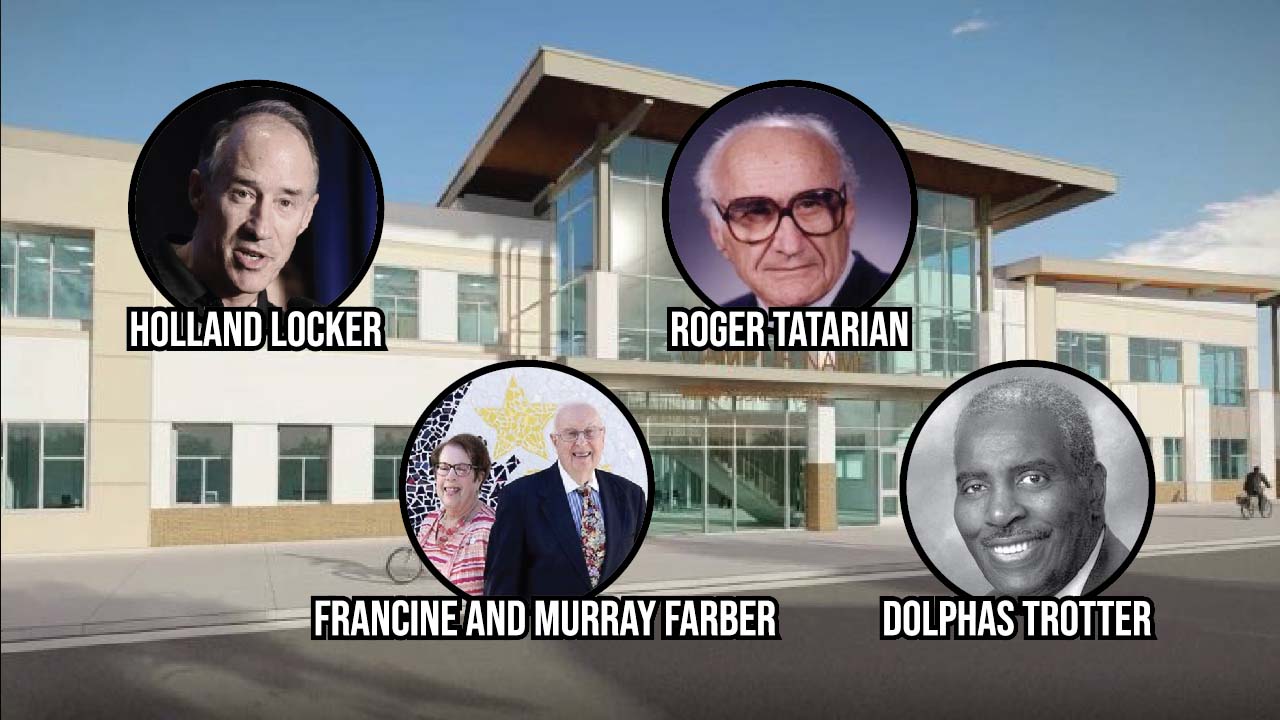 Veteran newsman and Fresno native Roger Tatarian is the overwhelming community favorite to be the namesake of Fresno Unified’s new alternative education campus at Ventura Avenue and 10th street.

The question now is whether the seven trustees will follow the community’s will when voting Wednesday to name the southeast Fresno campus.

Out of the 1,667 nominations for individuals or geographical places that the district received in a community survey, 925 were for Tatarian, according to an audit of the district’s count conducted by GV Wire.

Tatarian rose through the ranks of United Press International and eventually headed the organization as editor-in-chief, and who also helped train many journalism students as an instructor at Fresno State after his retirement from UPI. His name’s spelling was mangled by nominators who wrote his name in a variety of ways that included Tararian, Tartian, Tataraom, and even Tatarisn.

One nominator split the difference and said the campus should be named for Francine Farber-Roger Tatarian.

Fresno Unified School Board bylaws, which state that schools may be named for individuals, living or dead, who have made outstanding contributions to the county or community or who are of significance on a state, national, or worldwide basis, or the geographic area in which the school is located.

The agenda support material for Wednesday’s School Board meeting had listed all 149 of the nominated names but had provided no specific tallies. The district said then that the frontrunners were the Farbers, Locker, Tatarian, and Trotter, who had all received 65 or more nominations.

Trustee Terry Slatic told GV Wire on Monday that trustees were previously provided the nomination numbers, and he expected that the district would release them. But Slatic said that district officials decided not to release the actual numbers because they had not been released on prior school namings.

That decision, he said sarcastically, “speaks volumes to the massive professionalism of the communications office of Fresno Unified School District.”

Slatic said he would support the will of the community in naming the new school.

District spokeswoman Amy Idsvoog and chief of staff David Chavez said later Monday that only Slatic got the numbers, and only because he requested them.

Chavez said he gave Slatic an estimate of the totals after the survey closed on May 7. And Idsvoog said the School Board has not been provided specific numbers from community nominations in recent school namings, including Gaston Middle and Juan Felipe Herrera Elementary.

Supporters of naming the 12.8-acre site for Tatarian say he had significant impact locally and globally, and they note that Fresno Unified has no schools named after Armenian Americans, who represent a sizable portion of the city’s population.

Supporters of the Farbers point to their work on behalf of children, the arts, and education as well as the generosity of their philanthropic efforts. Steve’s Scholars, named after their late son Steve Farber, provides college scholarships to Tehipite students who maintain their grades, attendance and do community service, and who graduate from a Fresno Unified high school.

The Farbers’ nomination was supported by the Fresno City Council in a resolution proposed by council president Luis Chavez, a former Fresno Unified trustee and husband of current trustee Elizabeth Jonasson Rosas, who represents the Roosevelt area.

The Roosevelt area includes the site of the Ventura and 10th campus that will be the new home for students now attending alternative education programs at Cambridge Continuation High School, J.E. Young Academic Center, and the eLearn Center. If the project stays on track, trustees could vote on the construction bid by next fall, and the campus could open for classes by August 2023.

Slatic questioned why the City Council, which is a separate legislative body from the School Board, was even weighing in on the naming of the campus other than in an attempt to influence the outcome.

Staying Above the Fray

Francine Farber told GV Wire on Monday that the couple is aware of and trying to ignore the controversy over the campus naming process. But she acknowledged that they are uncomfortable to find themselves in the middle of it.

“We’ll have to wait and see what happens,” she said.

No matter the outcome of the School Board’s vote on the campus name, Farber said, she and her husband plan to continue their advocacy for children and their philanthropy.

“We are deeply committed to Fresno,” she said. “This has been our adopted home for 20 years now.”

California Won’t Lift Its Mask Requirement for Another Month