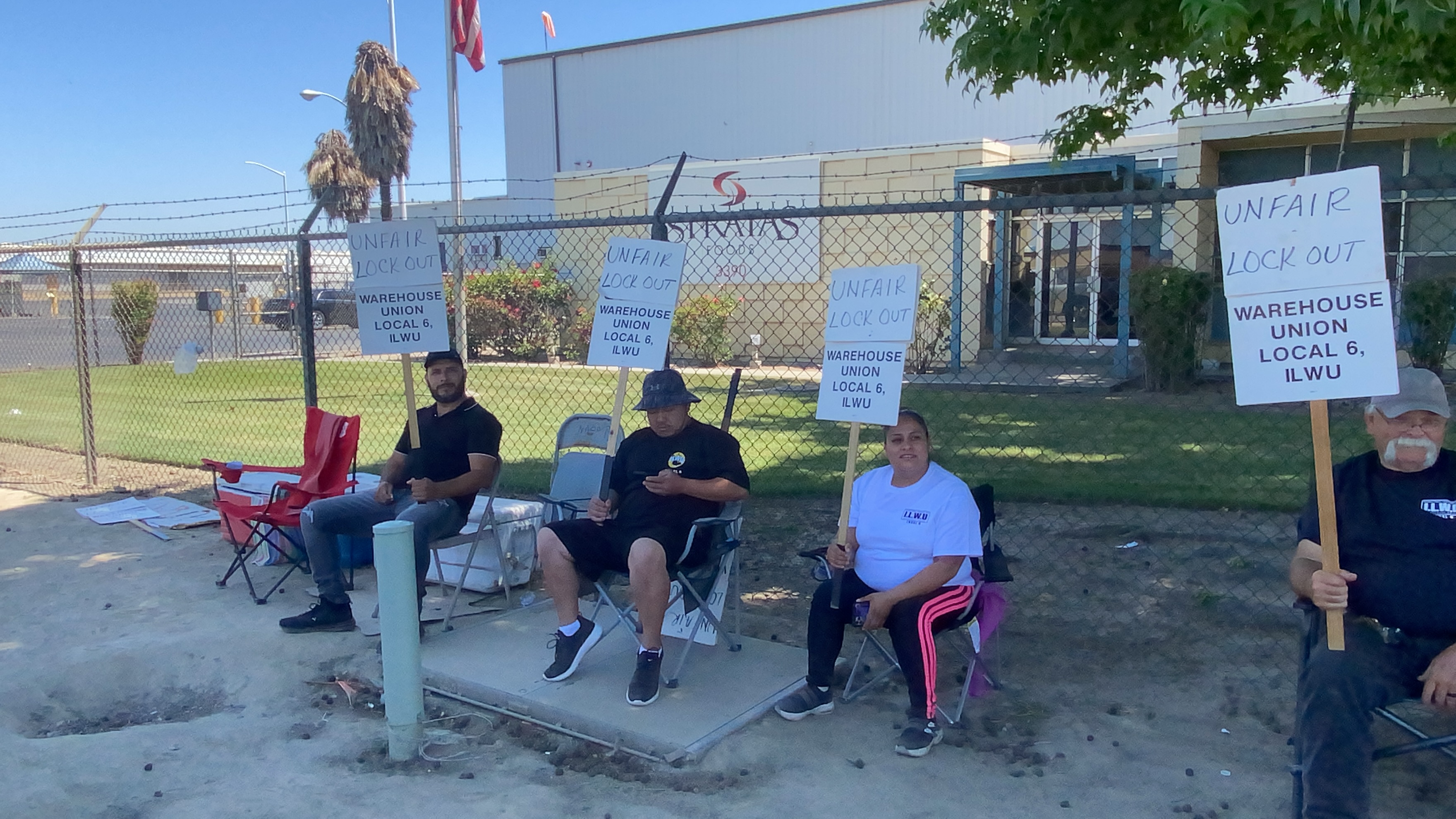 Labor strife has hit a processing plant south of Fresno, leaving 45 workers off the job at Stratas Foods.

But, management and the union have a different view of the nature of the stoppage at the plant makes cooking oil products.

A Stratas Foods representative says it is a strike. The union says workers are locked out.

The two sides agree that the sticking point is wages and Stratas made its last, best, and final offer that the union did not accept.

After negotiations for a new contract broke down, the plant escorted workers offsite on May 4, according to a union representative. Ever since, they have picketed the location on Chestnut Avenue between Golden State Boulevard and North Avenue.

“We decided not to accept the offer and the company told us to leave the facility,” Corey Tacconi, the business agent for ILWU Local 6, said.

Dave Haag, an HR manager with the Nashville, Tennessee-based company said there was no lockout. He called the employees’ action a strike.

“The company respects the employee’s right to strike, but the parties are now at an impasse. The company is committed to continuing operations during the strike. Work continues to be available for employees to return,” Haag said.

The workers’ contract was extended one year in 2020, expiring in March 2021. The two have been in a stalemate over wages. One worker says the difference is only 1%.

“We’ve had some pretty lowball offer contracts over here in the past, and the membership decided we’re not taking it no more. And, so here we are today, making a stand,” Tacconi said.

Haag would not confirm the sides are 1% apart.

Tacconi said the company is using management to work the production line. Haag confirmed the statement.

“We have customers we have to keep happy, so we plan to run production,” Haag said.

While the Fresno plant remains in operation, Haag said they also can use another Stratas facility if needed.

The company’s other production facilities are in Illinois, Georgia, Texas, Tennessee, and New Jersey. 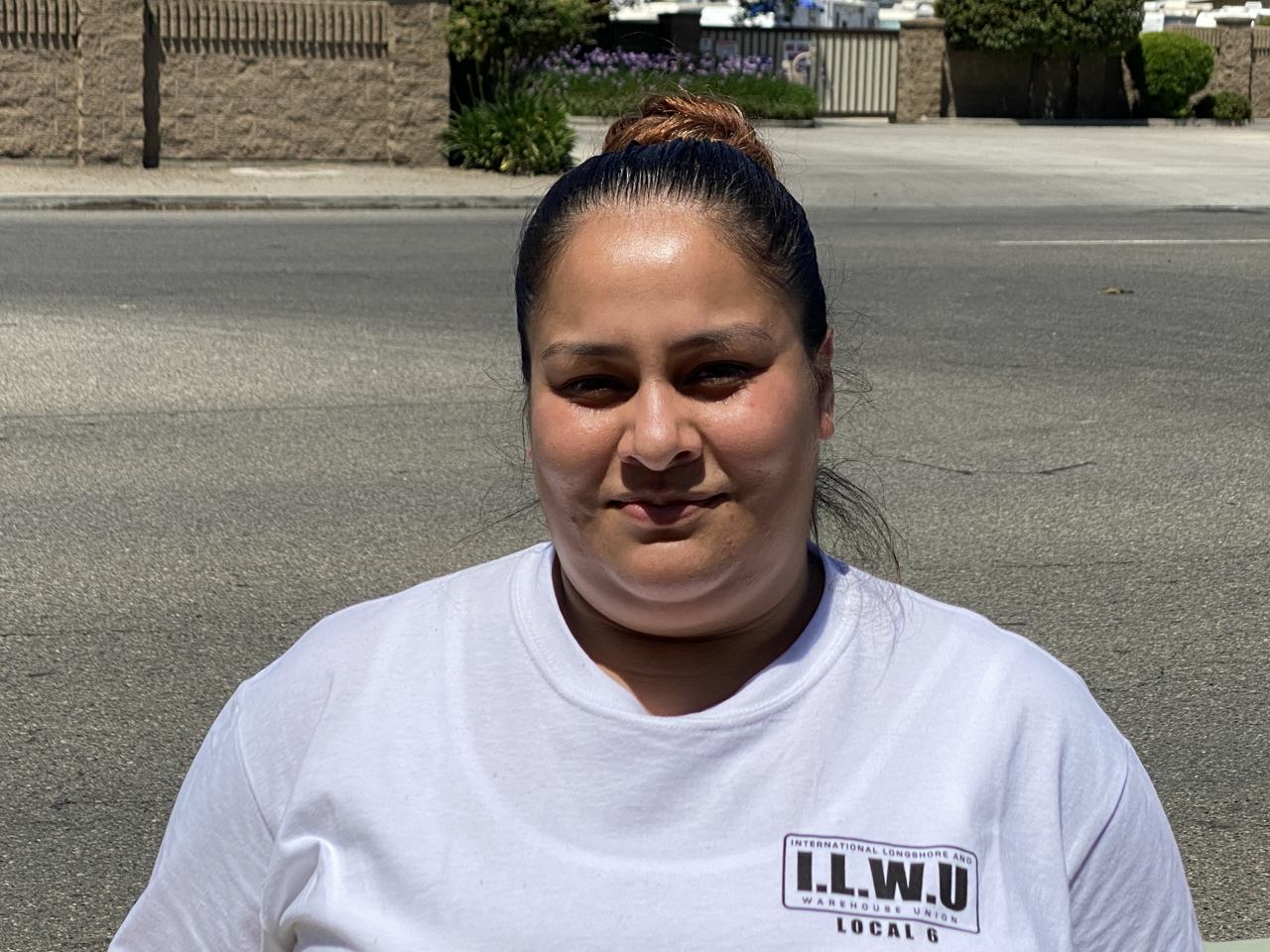 “How are we going to get this income? Are we going to be able to make it through this whole lockout? It is the risk that we all are willing to take.” — worker Rosalinda Campos

Seated in the shade of the Stratas plant, seven locked out workers held signs decrying unfair labor practices.  The group is protesting in shifts, nearly 20 hours a day.

“This is a very strong membership down here, a very together house down here right now,” Tacconi said.

Rosalinda Campos, the locally based shop steward, works as a mix operator on the line. She says the first week off the job has been OK. But she expects to feel the difference next week.

“We’re taking a risk overall. … So now we have to think, are we going to have insurance soon in case any medical emergency comes up?” Campos said. “How are we going to get this income? Are we going to be able to make it through this whole lockout? It is the risk that we all are willing to take.”

Campos said her family has supported her while she can’t work.

“Everything, in general, is going up. This company has always been the type that just says take it or leave it, that’s going to be your final best offer. And I think this time they really didn’t think we’re going to go this far,” Campos said.

Tacconi said it is possible for the workers to file for unemployment insurance.