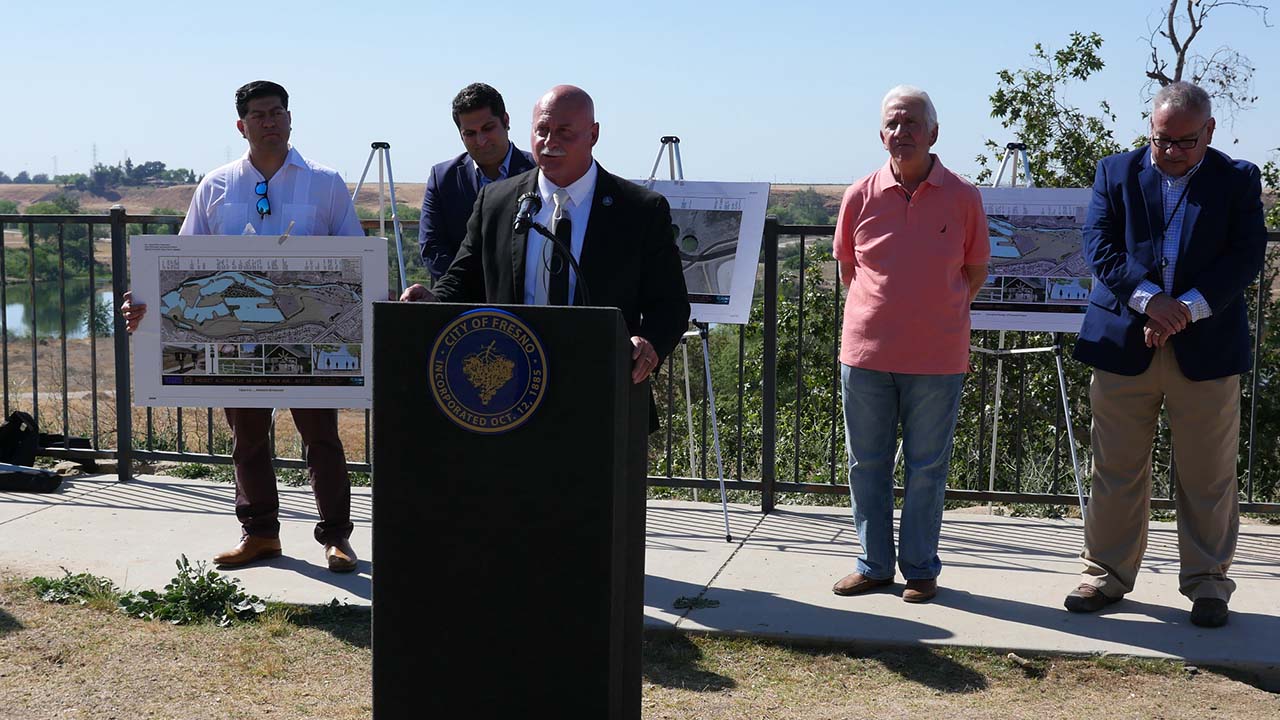 Dirt could finally be turning at a north Fresno park allowing for access to the San Joaquin River. At a Wednesday news conference on the bluffs of Spano Park overlooking the river, city officials committed $1 million for a traffic light and sidewalk projects.

Starting the access projects could finally make real an idea decades in the making. But, it could take another 18 months to start building and full funding has not been secured.

“We’re hoping the state of California and our governor will provide this funding. But in order to do that, the city of Fresno wants to show Sacramento how committed we really are locally to this project,” Fresno councilmember and river board chair Mike Karbassi said. 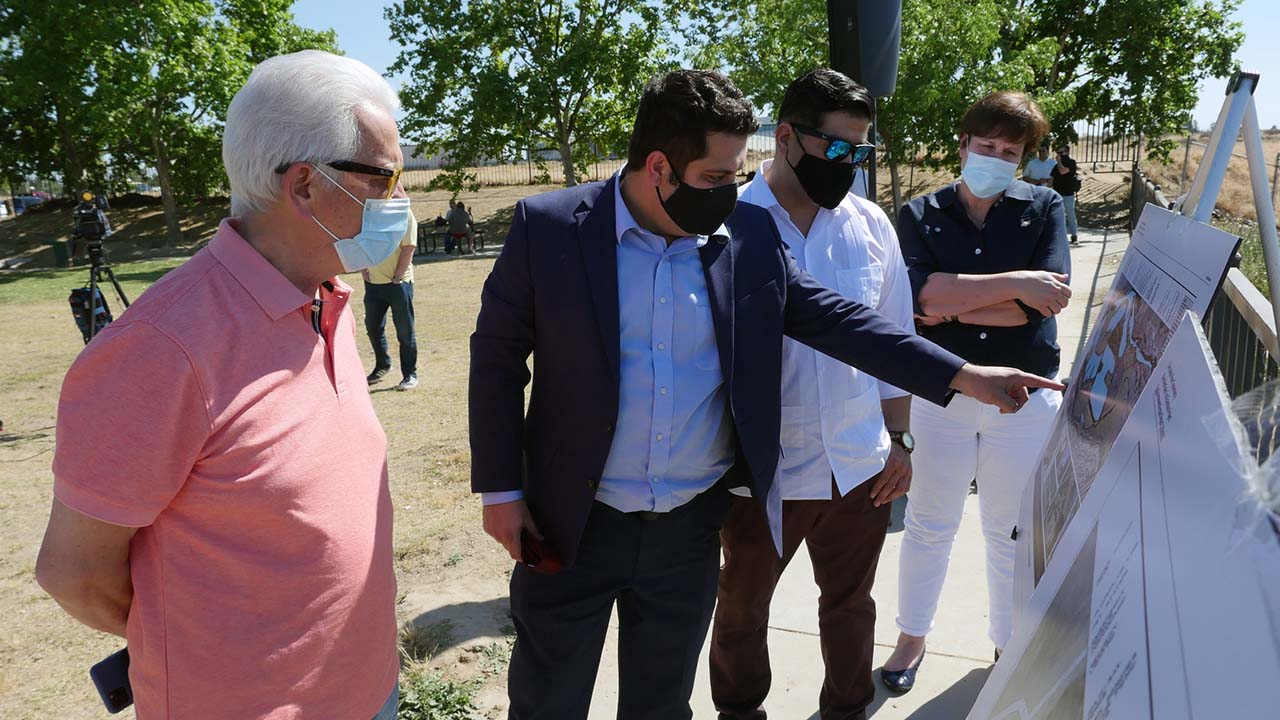 “Committed” was a word uttered 16 times at the news conference.

“The city of Fresno is 100 percent committed to doing our part,” Mayor Jerry Dyer said.

State money could come through existing bonds to build the access points. Congressman Jim Costa would try to provide federal money, coining the term “partnership in the parkway.”

Measure P, the city sales tax designated for parks and river access projects, could help with operations and maintenance. The three-eights of a cent levy starts July 1 and could bring in more than $30 million a year.

The Spano Park access point is just one of three areas on the books. Last year, the San Joaquin River Conservancy board — the government agency in control of river access policy — ended a seemingly never-ending stalemate when it approved three concurrent access points at Spano Park, Riverview Drive and Perrin Avenue. The three projects are expected to cost $10 million to fully build out.

For several years, as the river board debated on where to build an accessible point for cars and hikers, the city balked at contributing to maintenance because of costs.

With Dyer now in charge, that attitude has changed.

“My goal is to unite people, to bring people together. I really do believe in One Fresno. I do believe in being inclusive. I believe in us listening to each other and then coming together with a viable plan that we can all enjoy, not just live with, but enjoy,” Dyer said.

The $1 million of city spending will go toward a traffic light and crosswalk at Audubon Drive and Del Mar Avenue. Dyer and Karbassi said that will not only provide increased access to the Riverview Drive access point, but help slow down dangerously fast traffic as well.

A bill to expand the SJRC board by Assemblyman Joaquin Arambula, D-Fresno, is going through the committee process. Arambula’s AB 559 would add two new members to the 15-person board.

One pick would be from a local Native American tribe; the other appointed by the governor. The bill also changes the criteria for appointments by Fresno and Madera counties.

The bill passed two committees and awaits a hearing in the Assembly appropriations committee.

The Fresno City Council voted to support AB 559, including a reluctant yes vote from Karbassi.

Dyer said he is staying neutral.

“I believe that sound minds can come together and we can come up with those things that are going to be important to all of us,” Dyer said.

Dyer and Costa supported the idea of a Native American slot on the board.

Costa, who wrote the original bill nearly 30 years ago as a state assemblyman to establish the river board, was not in total agreement with the current bill.