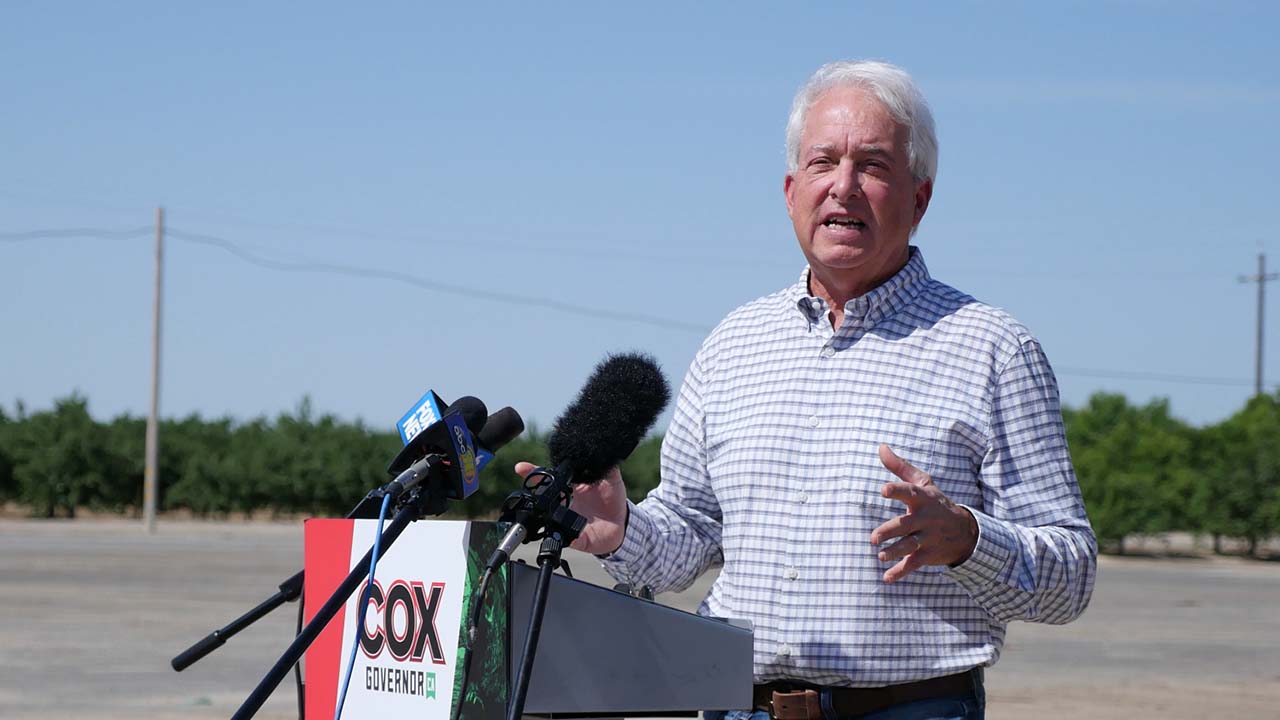 There was no bear campaigning with John Cox when he stopped at an almond farm in Fresno County on Thursday.

But, there was a dog — presumably living at Machado Farms.

Cox, running for governor in California’s upcoming recall election, spoke with the media during a local stop in a multi-city tour this week. He is investing $5 million in the most recent campaign blitz, including TV advertisements and a well-decorated bus.

Cox made his appearance solo, aided by at least seven staff members. At one point there were more Cox staffers than media present.

There were no local politicians standing by Cox.

Cox did establish his “Beauty and the Beast” theme, criticizing Gov. Gavin Newsom for closed businesses and kids not being able to attend school in person.

“Our beautiful, pretty governor is responsible for this,” Cox said.

At his bus tour premier this week in Sacramento, Cox shared the spotlight with a Kodiak bear.

The two-part recall question is likely to take place in October or November. The ballot will ask voters two questions — whether to recall Newsom, yes or no; and if the governor is recalled, who should replace him?

Secretary of State Shirley Weber reported recall supporters turned in 1.7 million valid signatures, more than the 1.4 million required. Petition signers have until June to withdraw their signatures, the next step in the lengthy recall process. 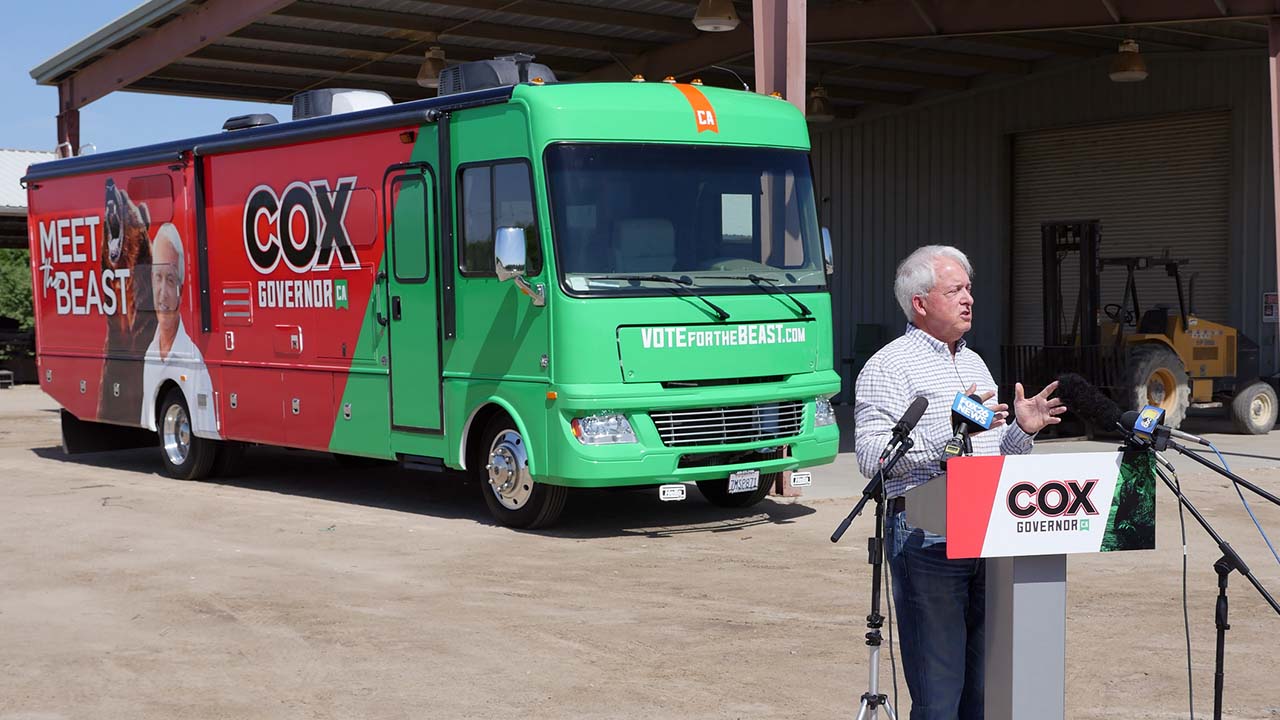 With his “Beast Bus” in the background, John Cox campaigned for governor during a stop in Fresno County (GV Wire/Jahz Tello)

Cox, R-Rancho Santa Fe, was one of the first to announce a recall run. In the 2018 election, Newsom defeated Cox  by 24 percentage points.

But, Cox says his 40 years in business makes him the ideal choice.

“I think that’s the experience that the people of the state want. This race is going to be about the beauty in government right now, our governor, and the beast.

“It’s leadership that people trust. You know, I got to tell you, even some of my Republican opponents have real trust problems,” Cox said. “We need to make sure that we have leaders that understand the problems, understand the solutions, but most of all have integrity.”

No bear, but there is a dog at @BeastJohnCox event in #Fresno County pic.twitter.com/JqrevMDaTM

Cox did manage to discuss a few substantive issues.

“I would declare an emergency because we need to focus everybody on it. And that means moving things forward and expanding the Shasta Reservoir, reauthorizing Sites (dam project) and making sure that that moves forward a lot faster. I mean, we’re spending billions, four million a day, on that train to nowhere,” Cox said.

He also wants to build desalination or water recycling facilities.

On immigration, Cox said he is okay with the undocumented working here, but if they want services they need to immigrate the legal way.

“I’ll give you a chance to live and work here. You’re not going to become citizens because you cut in line. It’s wrong. Go home, reapply. It’s not going to take a dozen years to come back. We’ll make sure that you come back, you come back quickly and then you get to be full citizens,” Cox said.