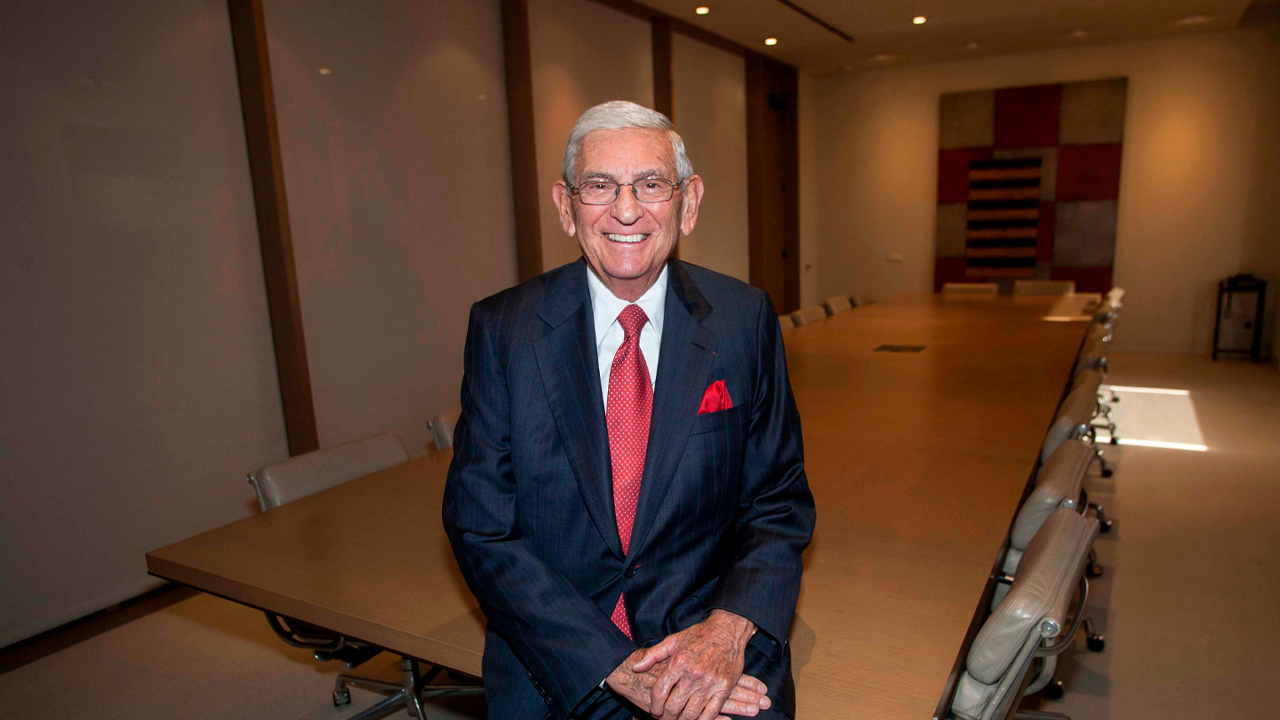 Broad had come to Los Angeles as a young entrepreneur in 1963 and made his fortune in homebuilding (KP Homes) and in finance. He saw it, he told one interviewer, as “a meritocracy (and) one of the few cities you can move to without the right family background, the right religious background, the right political background, and if you work hard and have good ideas, you’re accepted.”

Advocate for Civic Leadership and Identity

However, he also saw Los Angeles as lacking an effective cadre of civic leadership that was the hallmark of other major cities such as New York and Chicago. Writing in the Los Angeles Times after Broad’s death at 87, veteran journalist Jim Newton described Broad as someone who sought to build a stronger civic identity for a city that tended to shun such leadership.

“Broad had supported his friend Richard Riordan for mayor, and Riordan’s election in 1993 was built on the idea of turning Los Angeles around.” Newton wrote “Once in office, Riordan asked Broad to spearhead what would become the most symbolically significant effort in that work: the completion of Walt Disney Concert Hall. Up to that point, Disney Hall was a parking garage with no building atop it, a project that had run aground and a symbol of the city’s inability to get things done.

“Joined by the less-heralded but equally important Andrea Van de Kamp, Broad set out to prove that the project could be completed. He dragged the city’s billionaire class into the business of supporting downtown and Los Angeles itself. When he was finished, the city had its greatest building. More importantly, it had regained the confidence that big things could actually get done here. Frank Gehry’s masterpiece is also a monument to Broad’s determination to make Los Angeles work again.”

While Newton’s account, and others, focused on Broad’s civic successes, they only mentioned his failures in passing, the most important being his years-long efforts to transform public education.

Broad was an ardent supporter of education reforms such as charter schools, which he saw as an antidote to the overly bureaucratic and politicized, rigid and underperforming traditional model, exemplified by Los Angeles Unified. At one point, he suggested that LA Unified be completely replaced by charter schools governed by parents.

Broad’s assault on the educational status quo put him at odds with United Teachers Los Angeles and the California Teachers Association. They battled in elections for seats on the LA Unified board and in other arenas, including the Legislature, over the unions’ efforts to curb the expansion of charter schools, which are largely non-union.

The unions seemingly gained the upper political hand three years ago, when Gavin Newsom was elected governor, succeeding Jerry Brown, who had started his own charter school while mayor of Oakland and had been generally protective of charters.

Those efforts continue this year. Two days before Broad died, the Assembly Education Committee, chaired by former teacher Patrick O’Donnell, approved an O’Donnell-authored bill that, while purporting to crack down on fraudulent charter schools, also imposes new operational restrictions on all charters. They would, for instance, have to comply with the same rigid contracting rules as traditional public schools.

O’Donnell’s Assembly Bill 1316 is essentially a repudiation of Broad’s passion for educational reforms.