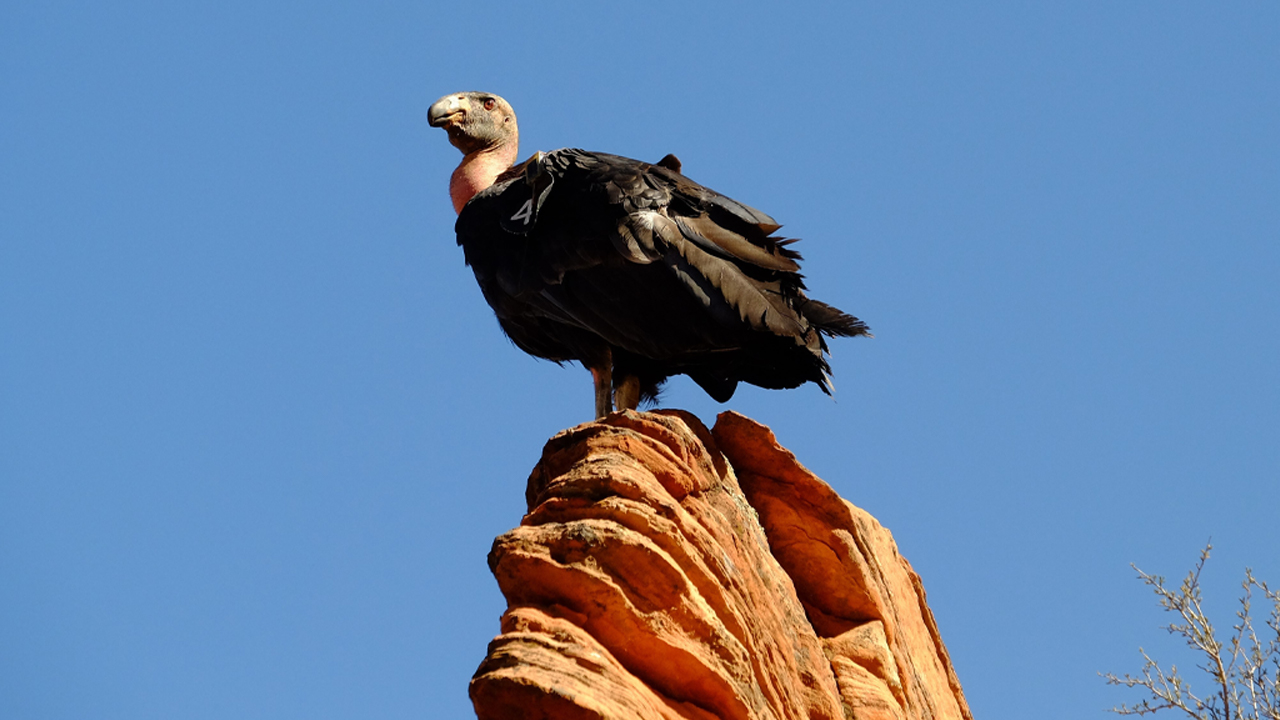 A California condor egg has hatched in Central California’s wild, the newest member of Pinnacles National Park’s recovery program for the endangered species.

The egg hatched April 12 after two months of round-the-clock incubation by both parents who protected their fragile egg from the elements and potential predators, park rangers said in a social media post.

Their nest has a video camera installed to help with monitoring and videos shared by the National Park Service this week show one parent feeding the fluffy chick while the other stands guard by the entrance to their refuge.

Since 2003, park rangers at Pinnacles, a 26,000-acre park in Central California about 80 miles west of Fresno, and Ventana Wildlife Society wildlife biologists have managed a release site at the park for captive-bred California condors.

The two parents have been a pair for about five years, and this is their third offspring. They are condors 589, which is managed by the park. The other parent — 569 — is managed by Ventana Wildlife Society.

“Condors typically only have one chick every two years. 589 and 569 are clearly doing their part to help their species and maintain their status as a Pinnacles power couple!” park rangers wrote.

The chick, named 1078, still must survive six more months in the nest, relying on its parents completely for food, protection and companionship.

“If all goes well, 1078 will learn to fly sometime in mid-October and will then spend up to another year with its parents, slowly gaining more independence as they show it how to find food and integrate into the wild condor flock,” park officials wrote.

One of the world’s largest birds with a wingspan up to 10 feet (3 meters), the condor once patrolled the sky from Mexico to British Columbia. But its population plummeted to the brink of extinction in the 1970s because of lead poisoning, hunting and habitat destruction.

In the 1980s, wildlife officials captured the last remaining 22 condors and took them to the San Diego and Los Angeles zoos to be protected and bred in captivity. After up to a year at the zoo, chicks are taken to a release site such as Pinnacles National Park. There and in other sanctuaries, they scavenge, breed and raise chicks on their own, under the close watch of wildlife biologists who outfit them with a visual ID tag and at least one radio transmitter. Some birds are also given GPS transmitters.

California condors have been making a comeback in the wild and now occupy parts of California’s Central Coast, Arizona, Utah and Baja California, Mexico. The total wild population now numbers more than 300 birds.

Condors can live for 60 years and fly vast distances, which is why their range could extend into several states.

But the vultures still face threats from exposure to mercury and the pesticide DDT. Biologists say the biggest danger is lead ammunition, which can poison them when they eat dead animals shot with lead bullets. California banned the use of lead ammunition near condor feeding grounds in 2008 and lead bullets in all hunting in 2019.

The birds have been protected as an endangered species by federal law since 1967 and by California state law since 1971.

Related Topics:California condor
Up Next