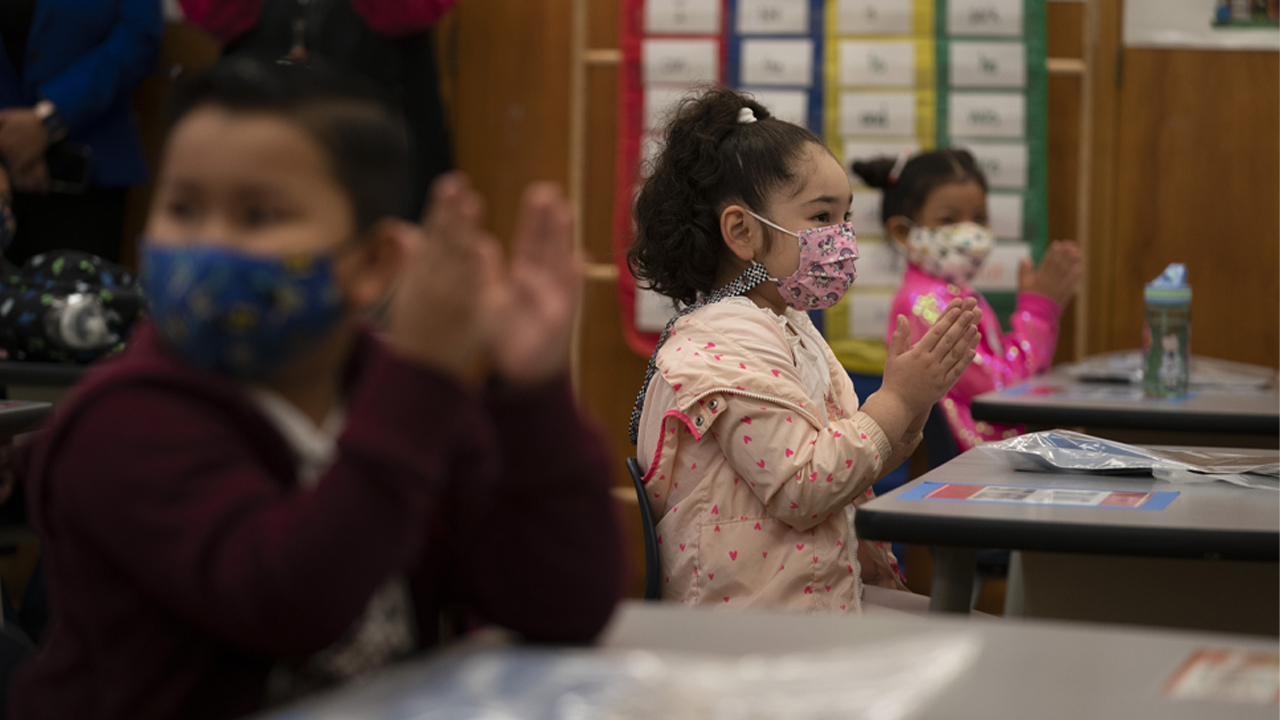 SAN FRANCISCO — California public schools have experienced a sharp decline in enrollment this year as the pandemic forced millions into online school, according to data made public Thursday.

The drop came as the state’s school districts dawdled in bringing children back to the classroom, making California one of the slowest in the country to reopen schools.

The California Department of Education data shows that the number of students at K-12 schools dropped by more than 160,000 this academic year, most of them at the K-6 level, to a total of 6 million.

In previous years, the number of students fell by about 20,000 to 30,000 annually, led by declining birth rates, and that rate was expected to continue.

Central Unified, however, gained 99 students and totaled 15,841 during the October count.

California’s drop is by far the biggest decline in years and represents the clearest picture yet of the pandemic’s devastating toll on California public schools.

“The annual snapshot of fall enrollment shows a sharp one-year decline as the state and nation grappled with a deadly pandemic that disrupted all aspects of public education,” the education department said in a statement.

California has the most students of all states in the U.S. and the overall student body has hovered at about 6.2 million in recent years. In previous years, the number of students fell by about 20,000 to 30,000 annually, led by declining birth rates, and that rate was expected to continue.

When the pandemic hit and Gov. Gavin Newsom ordered public schools to close in March 2020, no one expected the closures would last as long as they did.

Most of California’s public schools started this academic year with distance learning and many continued that method into the spring. In-person classes started resuming this month in the state’s largest urban school districts.

Among the concerned parents who switched to private school was Aurora Guel, a San Diego County mother who said distance learning sent her high school senior into a downward spiral.

“She became really depressed with all the isolation that started when school closed,” said Guel.

Her 18-year-old daughter’s grades had dropped to the point she was failing three classes; she lost motivation to apply for college and wouldn’t leave her room, even for dinner with the family.

“We needed to do something to get her out of this deep hole she had fallen into,” Guel said.

After transferring to a private Catholic school in October, the teen’s spirits and her grades are up. She has a college acceptance and is looking forward to her prom, a milestone that many public schools have scrapped. “She’s doing so much better now,” her mother said.

Superintendent of Public Instruction Tony Thurmond called the numbers concerning but said officials are optimistic that enrollment will rebound as more schools reopen to in-person learning. He said officials are working with schools and families to understand why so many families left and how to bring them back.

The public school exodus happened nationwide. There is no national data available on the 2020-2021 enrollment decline but an analysis from 33 states by the Chalkbeat nonprofit news organization covering education and The Associated Press published in December showed that public K-12 enrollment in the fall had dropped by about 500,000 students compared to the previous school year.

California’s 2020-2021 enrollment declined 2.6% from the previous school year, driven by a combination of factors.

Fewer California parents enrolled their children in kindergarten, which accounts for a decline of 61,000 students and the largest drop in enrollment.

That could indicate that parents either held off sending their children to kindergarten or enrolled them in private schools, which saw an overall enrollment increase of 20,000, or 4%, from the previous year. The data also indicate that homeschooling surged in the fall, the CDE said.

Some of California’s biggest urban districts had the largest declines.

Los Angeles Unified School District, the largest in the state, experienced an enrollment decline of almost 22,000, or 4%, to 575,000, the CDE said.

The data released Thursday was collected from all of the state’s school districts in October, and education officials say it is too soon to know if the trend has continued since then.

Year-end figures won’t be known for months but the data help illustrate how the pandemic upended public schools and has prompted concerns about funding for California’s 1,000 school districts, which is tied to headcounts.

Strategic Planning to Convince Parents and Students to Return

“Any changes in enrollment will have impacts on funding and equity,” said Christopher Nellum, interim executive director for The Education Trust-West, an education equity advocacy group. “It’s just going to exacerbate the problems that already existed.”

Nellum said schools will need to think strategically about how to engage Black and brown students, who were more likely to spend the year in distance learning than their white peers who moved to private schools or other learning options.

Those families, who were disproportionately hit by the virus, have also been more hesitant to return their children to classrooms as they reopen. Schools will also need to find ways to convince private school defectors to return, he said.

For parents like Jonathan Alloy of San Francisco, that will be a lost cause.

Alloy kept his 8- and 10-year-old children in a distance learning “pod” as classrooms stayed closed but recently decided to abandon the school district and the city.

Alloy said he lost faith in the city’s school district, which has been embroiled in scandals, infighting and lawsuits, including one launched by the city attorney for the district’s failure to reopen schools more quickly. San Francisco still no timetable for returning middle and high school students to classrooms.

Because of that combined with San Francisco’s high cost of living and more expensive private school tuition, Alloy is moving to Connecticut, closer to his wife’s family.

“To leave is just crushing,” he said.