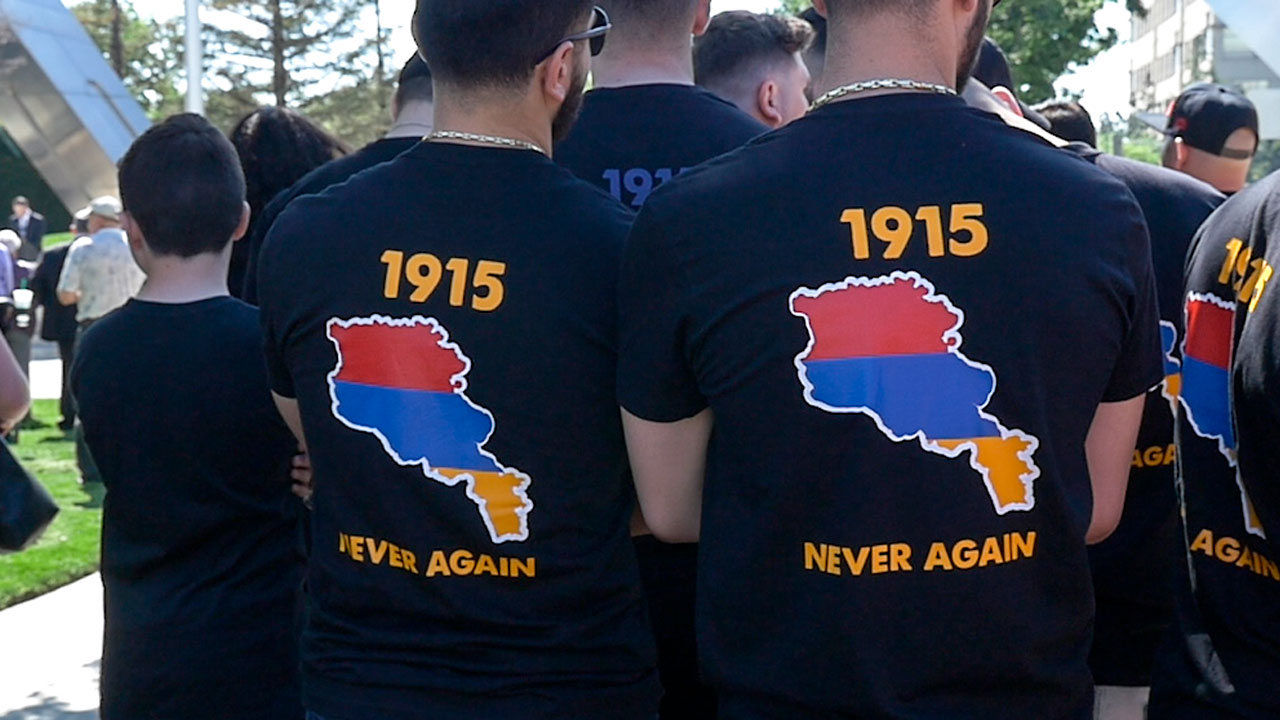 President Joe Biden is facing calls to recognize the Armenian genocide of more than a century ago, something he pledged to do as a candidate but that could further complicate an already tense relationship with Turkish leader Recep Tayyip Erdogan.

A bipartisan group of more than 100 House members on Wednesday signed a letter to Biden calling on him to become the first U.S. president to formally recognize the World War I-era systematic killing and deportation of hundreds of thousands of Armenians by the Ottoman Empire from modern-day Turkey.

“The shameful silence of the United States Government on the historic fact of the Armenian Genocide has gone on for too long, and it must end,” the lawmakers wrote. “We urge you to follow through on your commitments, and speak the truth.”

Biden as a candidate marked the remembrance day last year by pledging that if elected he would recognize the Armenian genocide of 1915 to 1923, saying “silence is complicity.” He did not offer a timeline for delivering on the promise.

Pushback from Turkey is Likely

White House press secretary Jen Psaki on Wednesday said the president would have more to say Saturday on this remembrance day.

Should Biden follow through, he’ll almost certainly face pushback from Turkey, which has successfully pressed previous presidents to sidestep the issue.

Turkish Foreign Minister Mevlut Cavusoglu earlier this week insisted Turkey wasn’t concerned by any decision that Biden might make, but also suggested that such a move would be met with a harsh reaction.

“If the United States wants our relations to get worse, it’s up to them,” he said in an interview with Turkey’s HaberTurk news channel.

The relationship between Biden and Erdogan is off to a chilly start. More than three months into his presidency, Biden has yet to speak with him.

The Relation has ‘Steadily Deteriorated in Recent Years’

Ties between Ankara and Washington — which once considered each other strategic partners — have steadily deteriorated in recent years over differences on Syria, Turkey’s cooperation with Russia and more recently on Turkish naval interventions in the eastern Mediterranean, which U.S. officials have described as destabilizing.

Biden during the campaign last year drew ire from Turkish officials after an interview with The New York Times in which he spoke about supporting Turkey’s opposition against “autocrat” Erdogan. Still, Turkey was hopeful of resetting the relationship. Erdogan enjoyed a warm relationship with former President Donald Trump, who didn’t give him any lectures about Turkey’s human rights record.

“In the past, the arm twisting from Turkey was, ’Well we’re such a good friend that you should remain solid with us on this,’” said Aram Hamparian, executive director of the Armenian National Committee of America, whose members have started a campaign to encourage Biden to recognize the genocide. “But they’re proving to be not such a good friend.”

Hamparian said he’s hopeful that Biden will follow through. He noted that the sting of former President Barack Obama not following through on his 2008 campaign pledge to recognize the Armenian genocide still lingers for many in the Armenian diaspora.

Samantha Power, who served as Obama’s United Nations ambassador and has been nominated by Biden to serve as USAID administrator, and deputy national security adviser Ben Rhodes both publicly expressed disappointment that Obama didn’t act on the matter. Obama was concerned about straining the relationship with Turkey, a NATO member whose cooperation was needed on military and diplomatic efforts in Afghanistan, Iran and Syria.

Power said in a 2018 interview with Pod Save the World that the administration was “played a little bit” by Erdogan and others invested in delaying a genocide declaration.

Biden has sought to send the message that the U.S. will be a greater force on calling out human rights abuses and promoting democratic norms under his watch. That’s a departure from Trump, who found rapport with autocrats, including North Korea’s Kim Jong Un, Russia’s Vladimir Putin, Erdogan and others.

Still, early in his presidency, Biden has faced criticism for failing to take action directly against Saudi Arabia’s Mohammed bin Salman, even after the publication of U.S. intelligence findings that the crown prince had approved an operation to kill or capture U.S.-based journalist Jamal Khashoggi. He’s also been criticized for not following his condemnations of China’s oppression of Uyghurs and other minorities in western China with tougher action.

Gonul Tol, director of the Turkish program at the Middle East Institute in Washington, said Erdogan’s leverage has diminished and with Turkey’s economy suffering the Turkish leader’s reaction could be muted.

“Biden has been vocal about human rights abuses in countries across the world, including in Turkey, but it hasn’t gone very far beyond his rhetoric,” Tol said. “This is a chance for him to stand up on human rights with lower stakes.”

Fresno Gets ‘F’ Grades in Air Quality Again, but Is Any Progress Being Made?