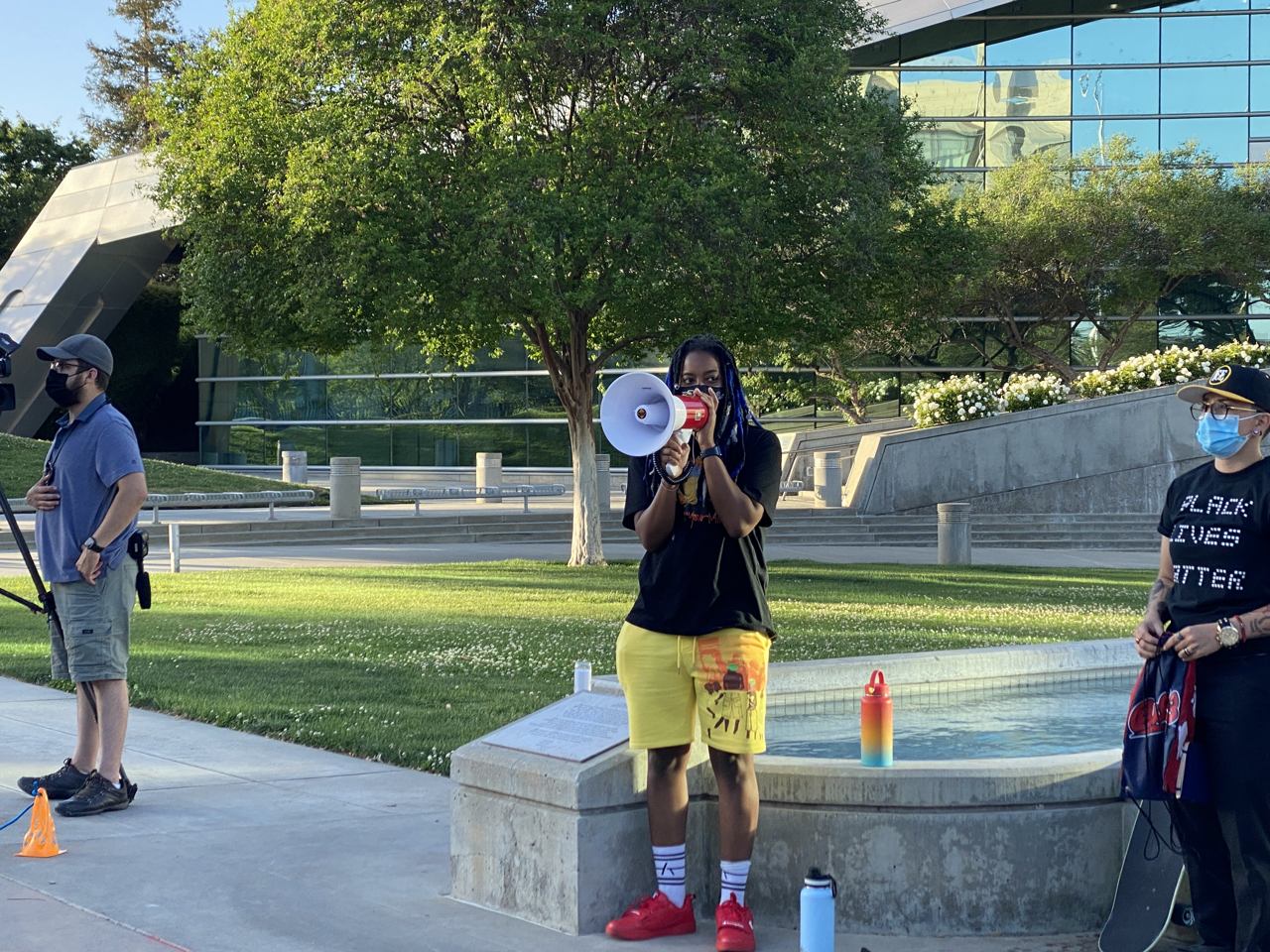 Hours after the guilty verdict of former police officer Derek Chauvin in Minneapolis, about 70 people gathered at Fresno City Hall to breathe a collective sigh of relief.

But the focus quickly shifted forward as several speakers said that the work of police reform is only beginning.

“This last year for all of us has been extremely hard. And I can be real and say that I just needed to see my community, community members’ faces, give you all kind of like a socially distanced virtual hug, if you will. And just say I’m still here. We are doing this together. The work doesn’t stop here. This is just the beginning,” organizer D’Aungillique Jackson told the crowd. 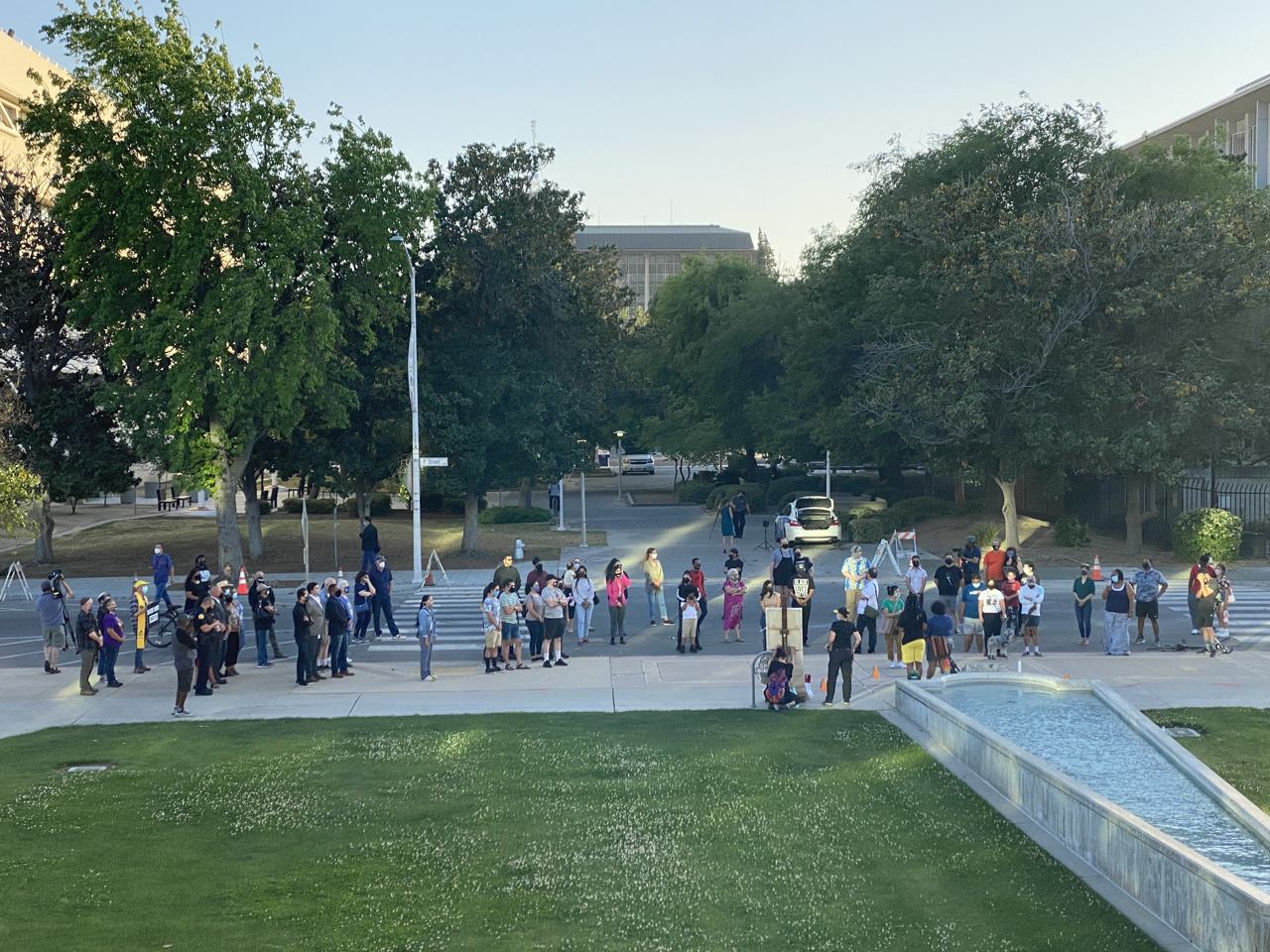 The crowd gathered at City Hall after the Chauvin verdicts. (GV Wire/David Taub)

Jackson Reacts to the Verdict 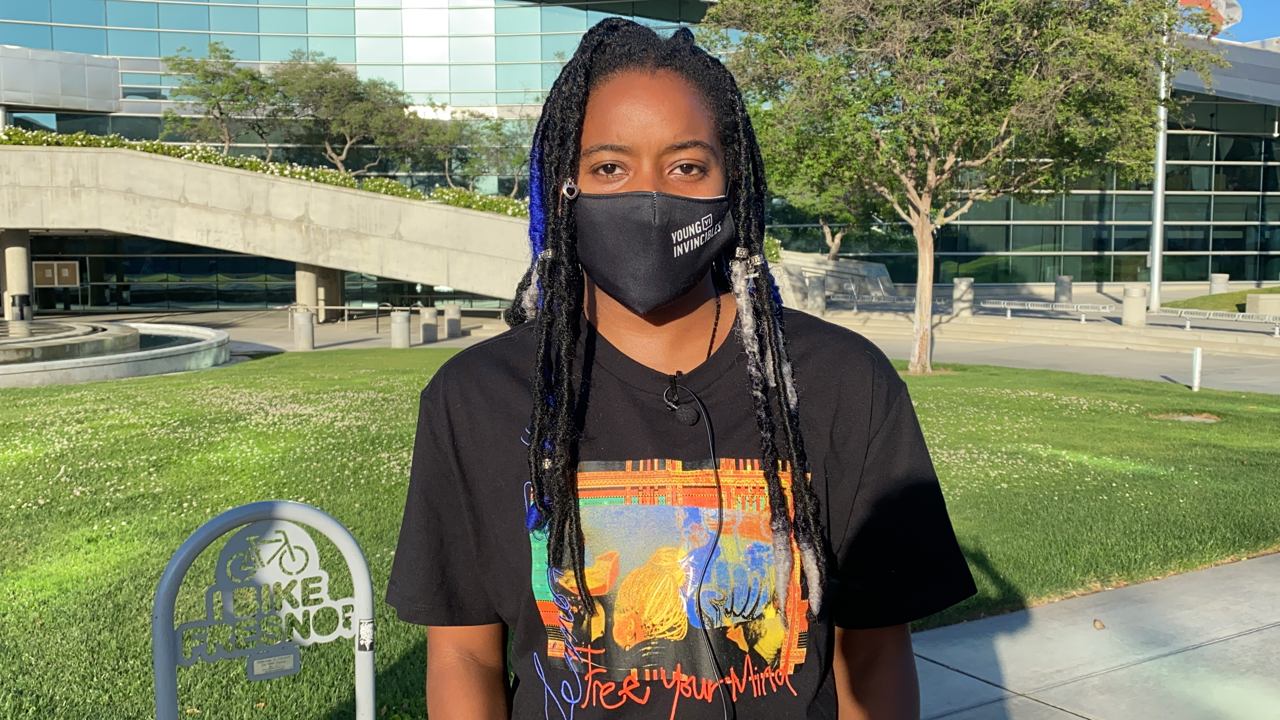 “I had like a range of emotions come over me and I really thought that I was going to cry, but I didn’t. I think if anything, my main reaction was one of, honestly, like anger and peace at the same time.” — D’Aungillique Jackson

Tuesday’s event was the latest organized by Jackson, the outgoing president of the Fresno State NAACP. She was recently elected as student body president and also serves on the Fresno Police Reform Implementation Team.

Last year, Jackson planned a peaceful rally in downtown Fresno in the wake of George Floyd’s death. More than 3,000 people marched and protested.

“I had like a range of emotions come over me and I really thought that I was going to cry, but I didn’t. I think if anything, my main reaction was one of, honestly, like anger and peace at the same time. Because I felt that the charge, the main charge of second-degree unintentional, should have been first-degree intentional,” Jackson said prior to the event.

Jackson wants to see reform in the police department.

“I think that there are a lot of questions that are going unanswered with implementation in our own city. I think that we have heard across all of our communities and this is really just the beginning. This isn’t the end of anything at all,” Jackson said. “I think we have a phenomenal opportunity to be to be a representation of what change can look like and what positive change can look like.”

Jackson said she plans another rally around Memorial Day to commemorate the one-year anniversary of Floyd’s death and the Fresno rally.

City leaders such as Mayor Jerry Dyer and Police Chief Paco Balderrama were in a crowd spread out in front of the water fountain and into the street.

Jackson passed the bullhorn to other speakers, including some well-known police critics. Ashley Rojas of Fresno Barrios Unidos advocated for eliminating police from the Fresno Unified School District.

Community advocate Gloria Hernandez — who served on last year’s Commission on Police Reform — called for police to stick to the 73 reforms the commission recommended in a long, sometimes rambling, speech. She mentioned the names of people killed in officer-involved shootings such as Isaiah Murrietta-Golding in 2017. 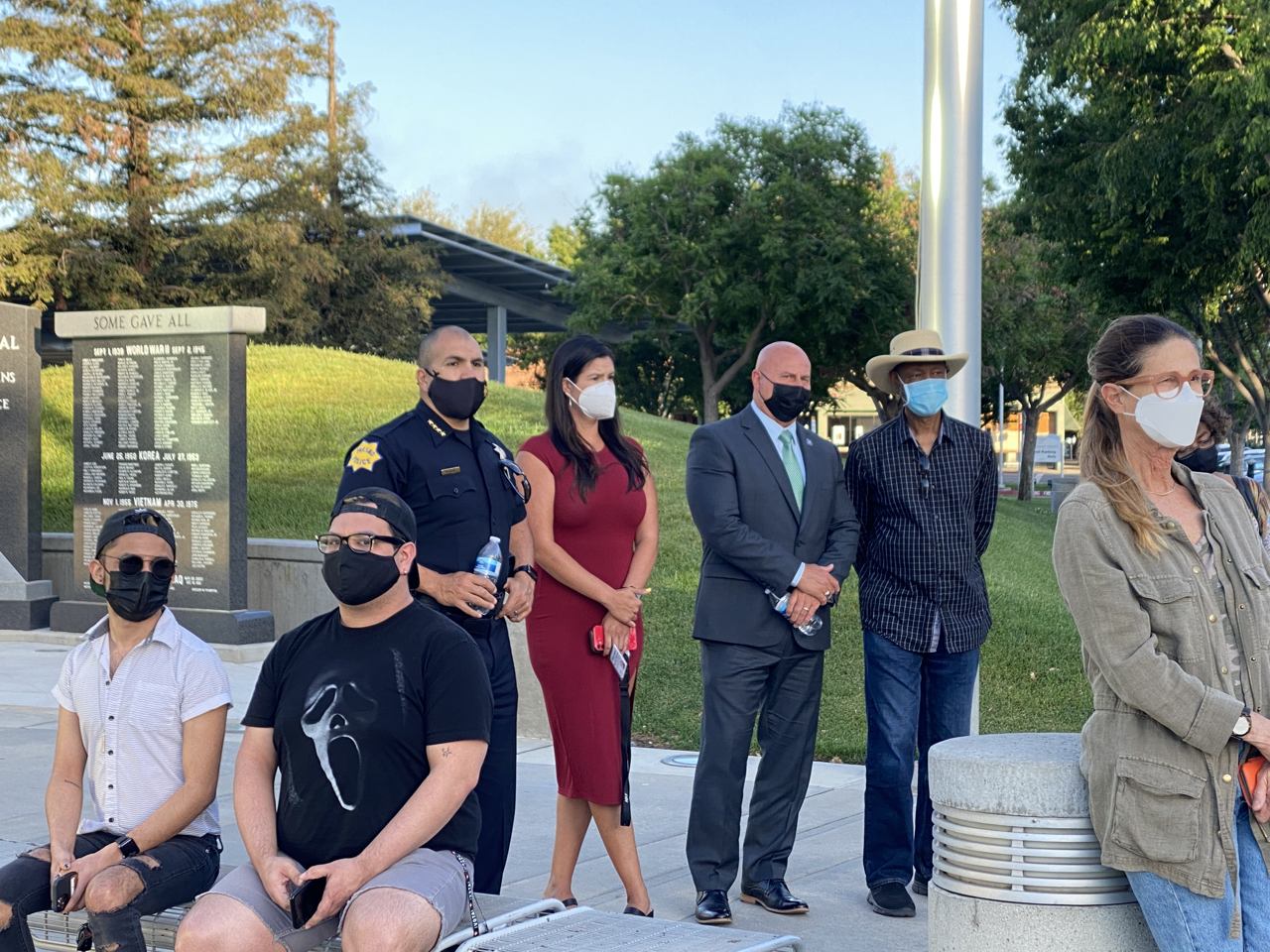