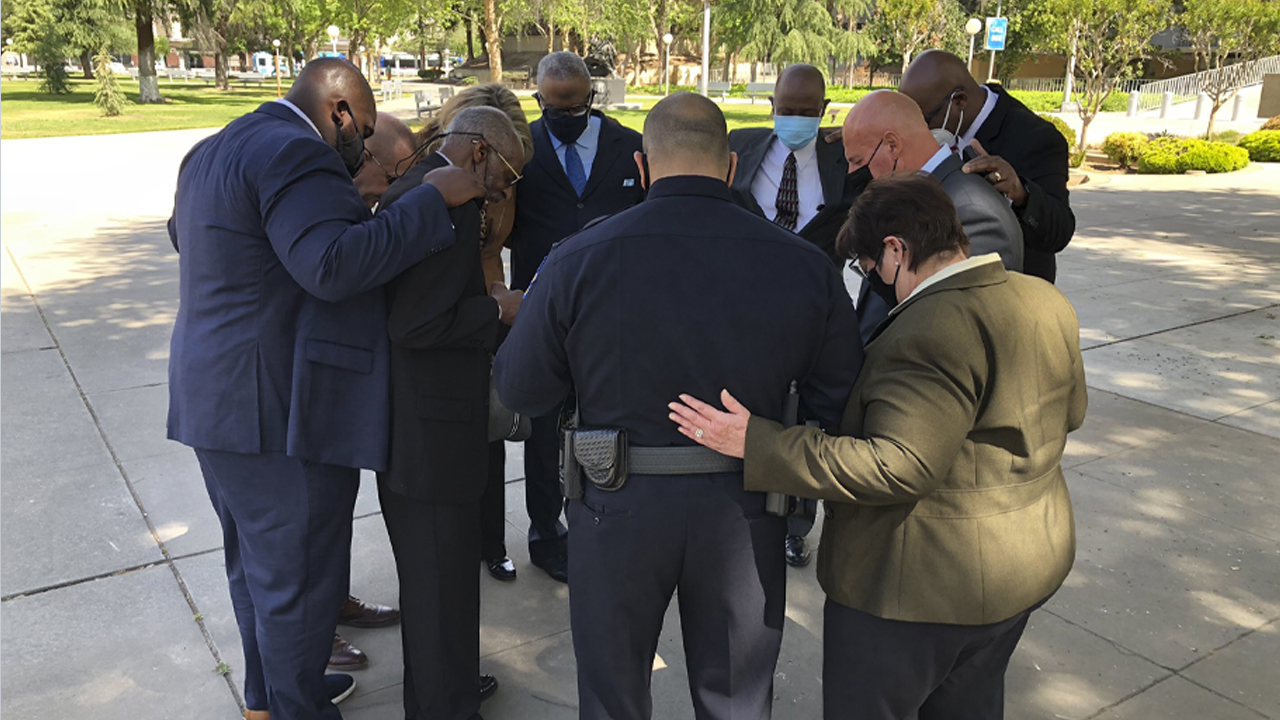 Hours before the news broke that Derek Chauvin was found guilty in the death of George Floyd, a group of Fresno pastors and city leaders encouraged a peaceful response from the community.

Chauvin, a former police officer, is being tried for the killing of George Floyd last year in Minneapolis.

Dyer recognized he could not truly know the African American experience.

“I stand here today as a mayor. I stand here today as a white man. And so it is impossible for me to understand the hurt and the pain that a Black man or Black woman feels in our community or in America. But I want them to know that we stand with them as the mayor of this city, we stand together, united for justice, for peace,” Dyer said.

Held at the bust of Martin Luther King, Jr. at Courthouse Park, Pastor D.J. Criner evoked the legendary civil rights leader in the quest for justice for African Americans.

“We must not allow our creative protest to generate acts of physical violence, no matter how painful the moment, how unsettling the outcome, how divisive they are, we must rise to the majestic heights of meeting criminal and injustice will unite its social justice,” Criner said. 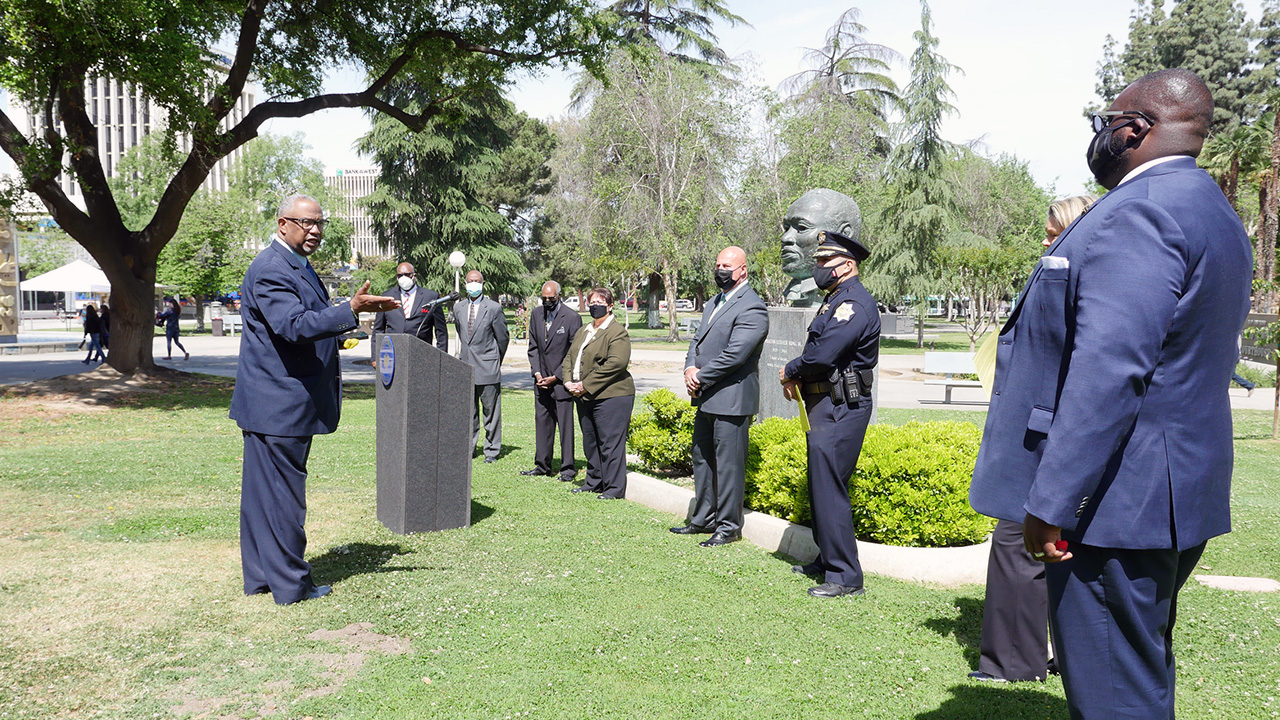 “Policing will never be the same again. We must make improvements. We must change the way we do our jobs, and we must better serve our communities,” Balderrama said.

He said there is no intelligence to suggest there are plans for violent protest or anyone else that could interrupt the peace.

“We’re simply not expecting any civil disobedience. We are prepared. We do have a plan. But my hope is in the Fresno community, as we have handled these types of situations before, that it will be done so with peace and with just respect towards one another,” Balderrama said.

No protests have been announced as of Tuesday afternoon.

Biden Ends Federal Use of the Term ‘Illegal Aliens’