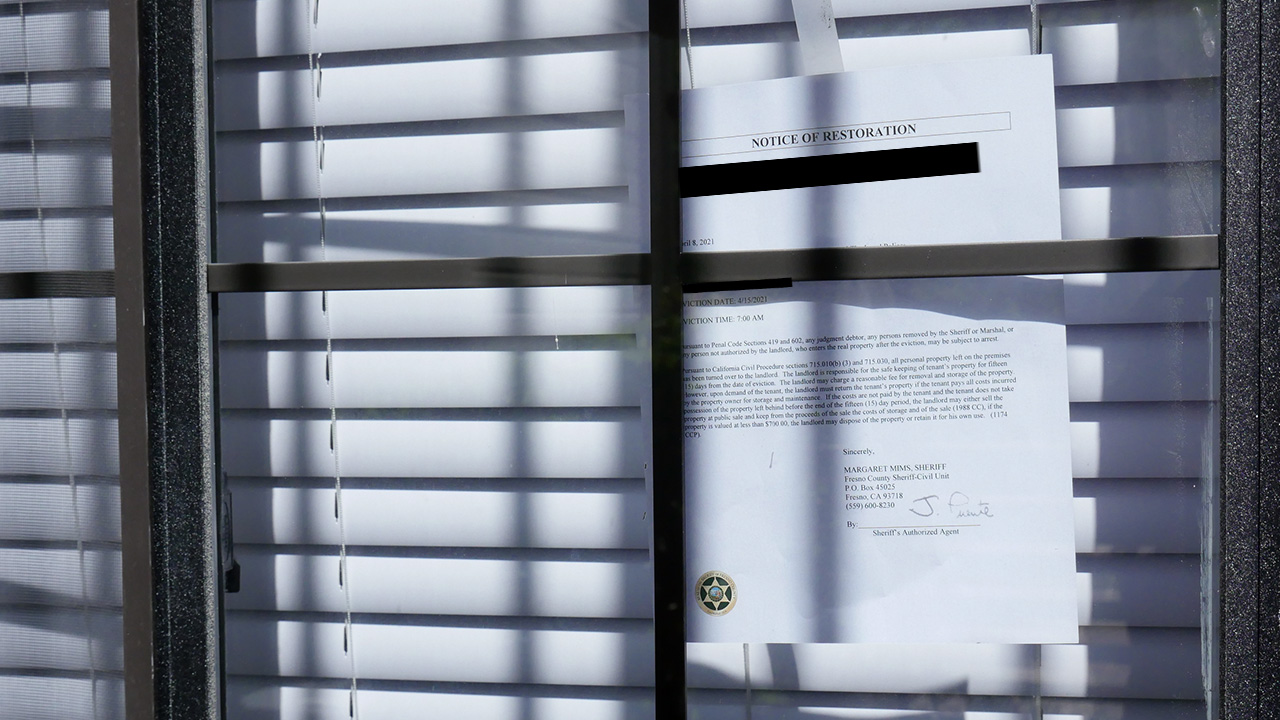 Amanda sobbed in court after her attempt to reverse her eviction failed.

“Where am I supposed to go?” she cried out to Fresno County Superior Court Judge Mark Cullers.

Cullers, who presides over eviction cases once a week from his fourth-floor courtroom at the B.F. Sisk Courthouse in Fresno, offered his sympathy.

But, Cullers said at the April 13 hearing, “I have to follow the law.”

The judge sided with the landlord of the Cascade Apartments, an upscale residence in north Fresno. Amanda — who asked GV Wire not to use her last name because of concern on how it may affect her professional life — moved before sheriff’s deputies could officially kick her out.

Cascade is owned by JRK Property Management, a Los Angeles real estate investment firm with $15 billion worth of property in 23 states.

She is staying at a hotel with her three children — 10, 16 months, and 6 months — awaiting her next move.

“It’s very stressful to the point where I literally had to get anxiety medication. That’s the truth. Having three kids, I’m in panic. I was definitely in panic mode. It caused a lot of friction in my household. It’s not fun. Scary,” Amanda said.

Social justice advocates blasted the idea, wanting the city to fund attorneys instead.

Amanda said that eviction attorneys paid for by the city are a good idea — even if it is too late in her case.

“I believe that we should be entitled to having an eviction lawyer,” Amanda said.

A Victim of the COVID Economy

Amanda, a real estate agent, paid $1,700 in monthly rent to live at the Cascades, along with her three children. They lived there since 2019.

In her best years, Amanda earned six figures. She averaged about $80,000. The COVID economy sunk her earnings.

“It drastically affected my income. As a Realtor, you cannot work during the pandemic. From March (2020) through September, we couldn’t actually meet face to face with our clients, do open houses, anything of that nature. So you’re pretty much restricted from income,” Amanda said.

As COVID-19 restrictions ease, the real estate market is not only competitive for buyers, but for agents as well.

She stopped paying rent last August because of COVID-19 hardship but qualified for city rental assistance that covered her through September.

Amanda had to make ends meet for her family. She leaned on unemployment insurance. She sacrificed paying rent.

“The first thing you want to do is to find your resources to help your kids. Doesn’t matter about yourself,” Amanda said.

After the court ruled against her, Amanda was able to pack up some of her belongings. After the sheriff officially locked her out, she had to make an appointment with the landlord to collect more items. 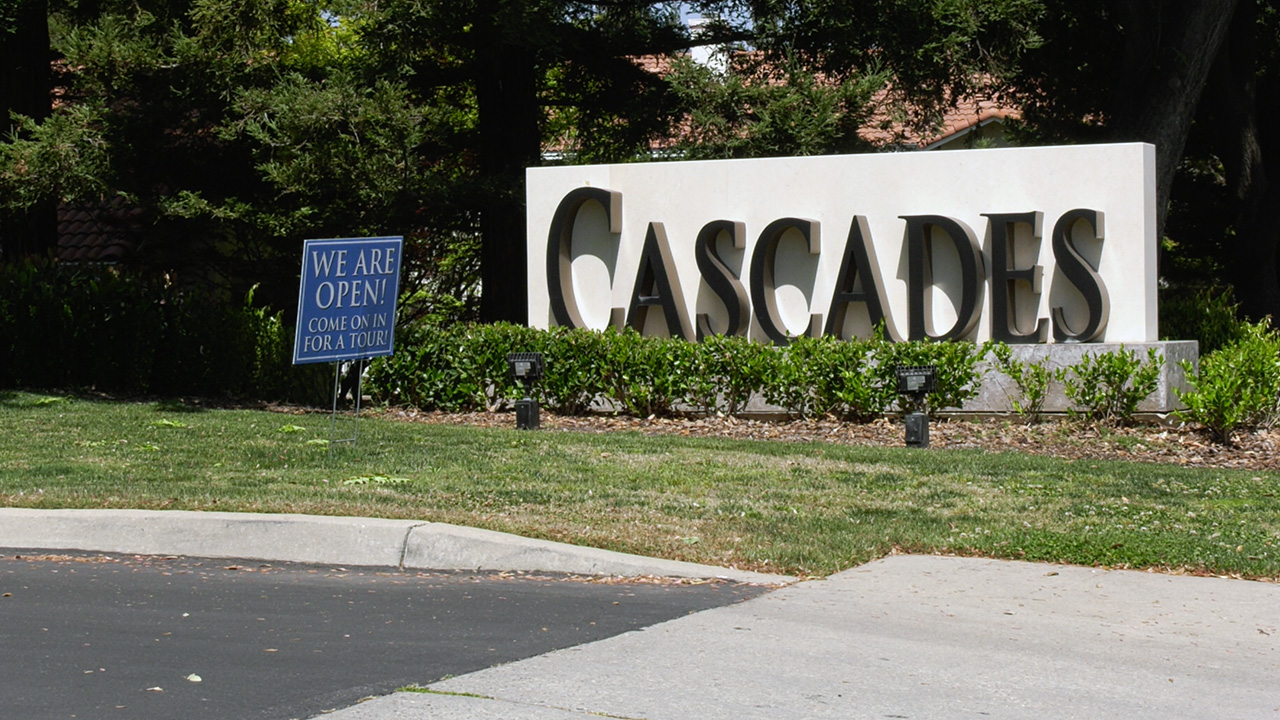 Laws Were Supposed to Help

Amanda said she filed a hardship declaration with her landlord. State and local law require the filing to prevent eviction for non-payment.

When a renter is late on payments, landlords normally have the right to serve the tenant with a “Three day to pay or quit” notice, meaning pay the rent or leave within three days. Laws passed in COVID times expanded that notice to 15 days.

Amanda said her landlord served her the 15-day notice each month from October through January.

There was a dispute as to whether Amanda turned in the declarations. Amanda said she did — multiple times by her account — but the landlord said the notices weren’t received.

The landlord then filed an unlawful detainer case — the legal step to evict — in February 2021.

“Shocked, upset, scared. Mostly scared,” Amanda said, describing her reaction to the eviction notice. “I thought they were just doing that to everybody, but I’m protected, you know. State law says you cannot get evicted if you fill out your COVID declarations.”

Amanda thinks there was another reason why her landlord wanted her gone — retaliation for filing a complaint with the city’s rental inspection team for a leak.

Messages left for JRK and their local attorney, Timothy Logoluso, were not returned. 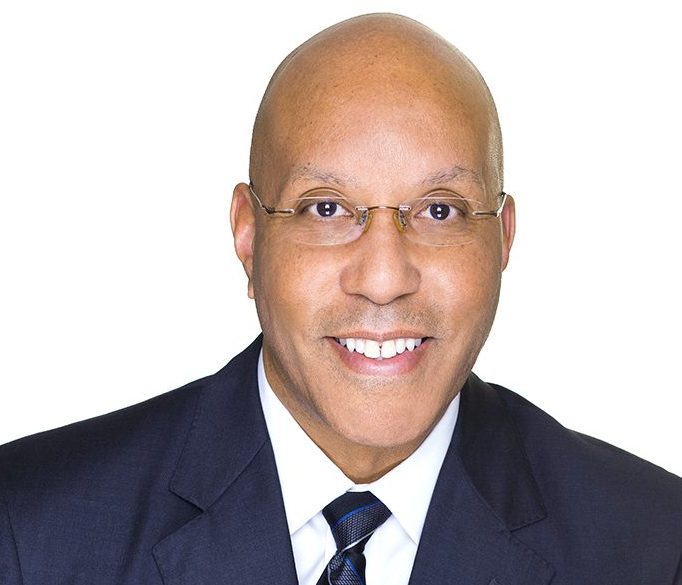 Even with her real estate experience, she did not know how to handle an eviction notice.

“I’ve never had to deal with anything legal in that sense. Yes, I do have a job that deals with legal papers, but not with the court system. Never, ever. I didn’t even know how to respond other than use the paperwork that I got in front of me,” Amanda said.

She reached out to 10 different attorneys. They told Amanda she couldn’t afford their fees, given her financial situation. One attorney told her to call CCLS, which she did. But, it was too late.

“This is where the majority of the problem lies.  The tenant still had not come to CCLS at this point (after the landlord filed the eviction lawsuit). Instead, she made a number of mistakes when filing paperwork on her own to respond to the unlawful detainer case. Since the tenant failed to file appropriate paperwork/response with the court, the landlord sought and was granted a default judgment against Defendant in the first week of March,” CCLS attorney Robert Cortez said.

Cortez filed a stay of eviction, which gave Amanda an extra month — through April 14. Last week, Cullers heard the motion to set aside the default judgment. The motion was unsuccessful.

As to JRK’s allegation that it never received the COVID hardship declarations, Cortez said “My client made copies of the declaration and we submitted those copies to the court.  The plaintiff argued that the copies are fraudulent, recently created, and were never turned in.”

Cullers said as a real estate agent, Amanda should be used to reading paperwork diligently. She should have hired CCLS right away. He ruled in favor of the landlord.

“It was very insulting because what does that have to do with me being a Realtor?” Amanda said. “Those are two completely different documents that I deal with.”

Related Story: Fresno Offers Landlords 80% of Past Due Rents to Prevent Evictions

Amanda is in the process of finding a new apartment but says it’s “impossible” to find a place she can afford.

“There’s nothing available. If you do want something, there are things for $2,000 and then you have to make three times that. When you’ve maxed out unemployment — $3,000 a month — you can’t get anything,” Amanda said.

She is considering returning to school to train to be a nurse: “I was successful at one point, so I’m going to again do so.”