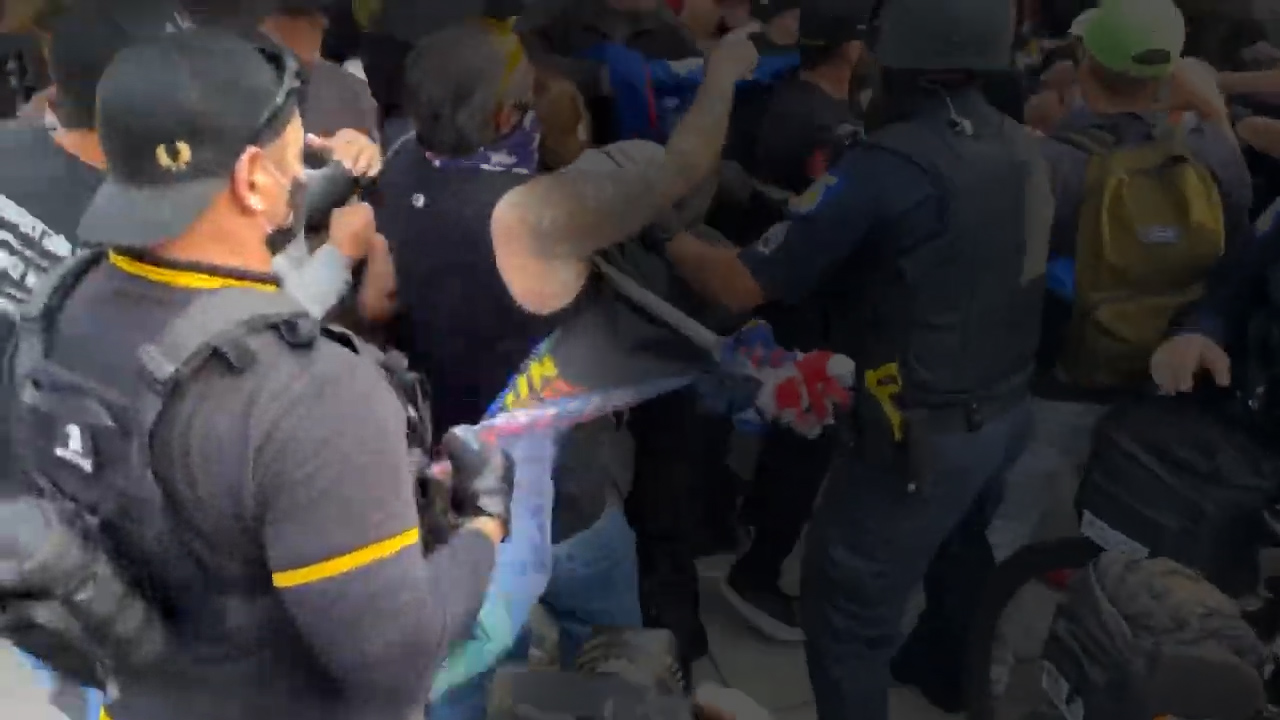 “We can confirm that there is an active investigation involving that person (Fitzgerald) and an incident that occurred in Sacramento.  In order to protect the integrity of the investigation we are unable to provide further details at this time,” the SPD public information office said in an email to GV Wire.

Fresno police announced they fired Fitzgerald on April 9 for his association with the right-wing Proud Boys group. Neither the department nor the city have publicly disclosed what specific violations Fitzgerald may have committed leading to his dismissal.

Fitzgerald’s name does not appear in any court records, according to the Sacramento County Superior Court.

Fitzgerald Said He was Protecting Himself

In interviews with GV Wire and other media, Fitzgerald speculates his termination was related to a video of him at a rally in Sacramento on Nov. 21, 2020. The video shows a skirmish between different groups of protesters at Cesar Chavez Plaza.

At one point, it appears Fitzgerald — wearing the Proud Boys colors of black and gold — grabbed a flag of a protester, before  eventually letting go. Fitzgerald said he was acting in self-defense because the flag was hitting, or about to hit, him.

“You had these investigators who are saying that I committed a felony up in Sacramento and they have these pictures of me with my hands on the flag. But somehow none of them found the video where it shows exactly what happened. But they’re going to they’re going to show you pictures, but they won’t show you the video of why my hands were on the flag. So what kind of detectives do we have?” Fitzgerald said to GV Wire on April 9, the day he was fired.

Fresno police have not made any more public comments about Fitzgerald’s firing.