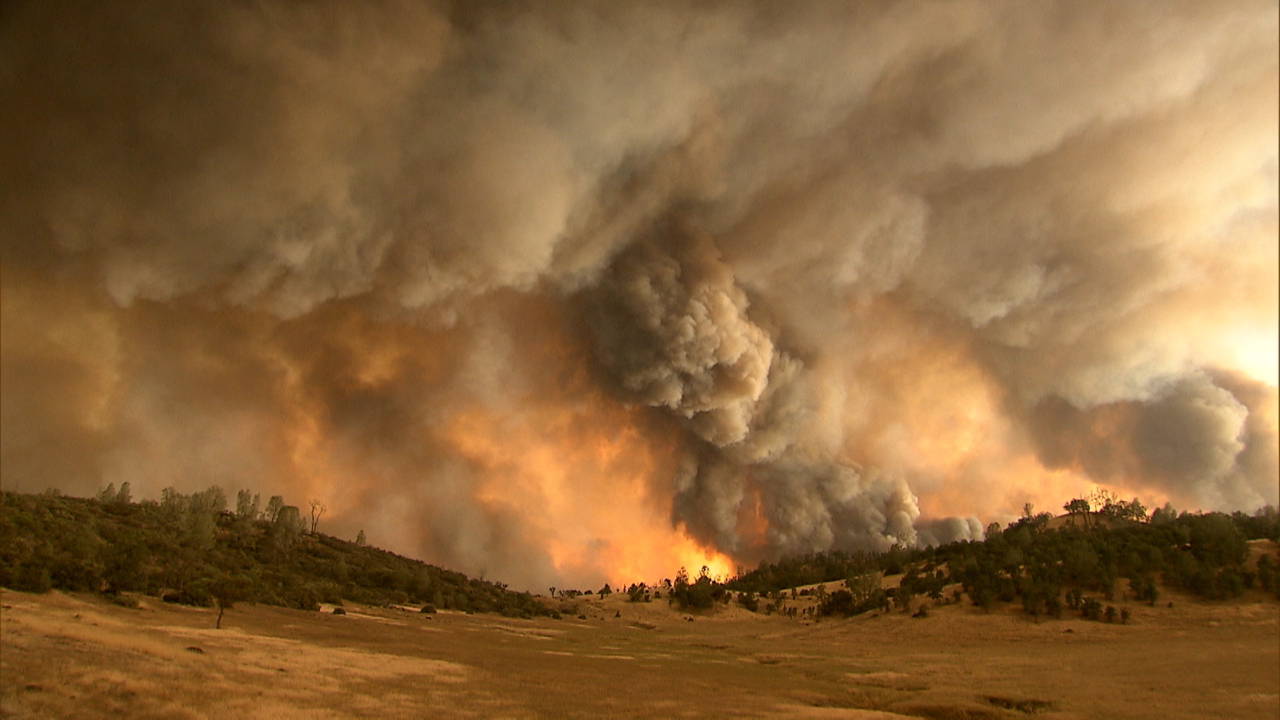 Can private industry and environmentalists come together in the name of profit and protecting nature and communities?

A new documentary says the answer is a resounding “yes.” 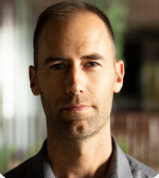 “If that (Creek) fire had happened that summer, we definitely would have been there with cameras rolling.” — Cody Sheehy, filmmaker

The film comes in the wake of multiple devastating fires in California, Oregon, and Washington. It does not include the local Creek Fire — the single largest fire in California history at 379,895 acres — because production of the film took place the summer before.

However, local PBS affiliate KVPT has produced its own documentary about the Creek Fire and aired panel discussions on how to reduce wildfires amid climate change.

“If that (Creek) fire had happened that summer, we definitely would have been there with cameras rolling,” filmmaker Cody Sheehy tells GV Wire. At the time of production, Sheehy focused his efforts on the Mendocino Fire Complex — California’s largest fire in history the summer before.

Valley PBS will air “The West is Burning“, produced by Landmark Stories at the University of Arizona, which dives into how land management decisions have put California in a precarious position. The film airs on the following dates and times:

GV Wire was given an early opportunity to view the film in its entirety. It begins with two simple graphics prepping the audience for what they’re about to view:

“There are more people in harm’s way, and the harm is getting worse,” says scientist Greg Aplet, senior science director of the Wilderness Society, in the documentary. “People are starting to realize we have a crisis on our hands.” 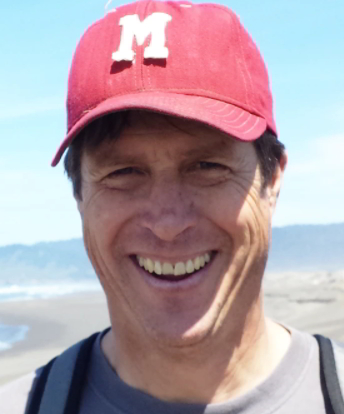 “There are more people in harm’s way, and the harm is getting worse.”–Greg Aplet, senior science director, Wilderness Society

The film’s director, Cody Sheedy, grew up in a former logging town in Oregon.

“We didn’t have fires like this,” says Sheedy in a statement accompanying the film’s release. “Now, they are raging across the West, burning right across urban areas, and causing catastrophic loss of life, property, and forest ecosystems. As a filmmaker, I wanted to know what had changed and what we could do about it.”

Sheehy says he went into the process thinking he’d focus on the rift between environmentalists and the timber industry that he remembered from his childhood.

“I was pleasantly surprised to find all of this collaboration and that the timber wars were over and things had changed quite a bit,” says Sheehy. He describes that as the “good” surprise he discovered along the way.

“The scale of this problem. It’s immense,” Sheehy says. “This problem is not going to go away without drastic measures.” 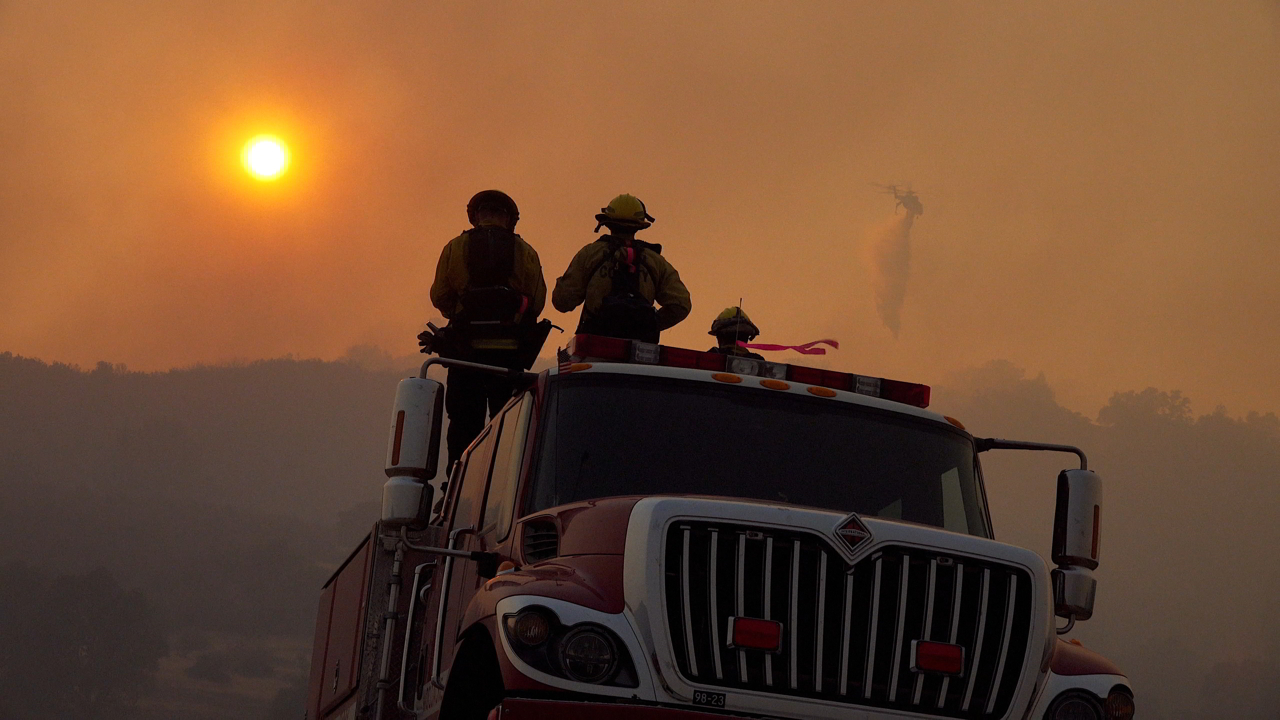 “There was a lot of animosity, or distrust.”–Mark Webb, referring to environmentalists he says led to the closure of two logging mills in his community

In Grant County, Oregon, citizens that relied on a mill for jobs and a way of life had a disdain for environmentalists. It’s because they believed environmentalists were only out to eliminate their jobs.

“There was a lot of animosity, or distrust,” says Mark Webb in the documentary. Webb is a former Grant County judge and now executive director of Blue Mountains Forest Partners. He says there used to be three mills in the area before two of them shut down.

In 2004, Webb and environmental attorney Susan Jane Brown of the Western Environmental Law Center met for the first time. There had been such growing animosity between the parties that Brown brought someone along with her for her own safety.

“I know what Mark thought of me,” says Brown in the film. “Mark thought I had horns and a tail. I was a lawyer and I’m a liberal female from Portland coming into his community to tell him what to do.”

A bad fire season in 2002 was the impetus for the meeting.

Webb says the only reason industry and the environmental community came together was because neither had an option anymore. 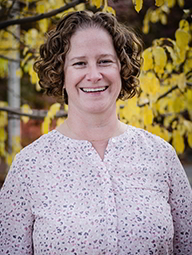 “I know what Mark thought of me. Mark thought I had horns and a tail.”– Susan Jane Brown, Western Environmental Law Center

This, at the same time catastrophic wildfires were destroying the old-growth forests, created a conundrum that Webb says broke the impasse.

“We want old growth, and we want robust communities,” said Brown. “There is a way to get there. So those sorts of conversations started to develop.”

Malheur Lumber Company in John Day, Oregon was the only remaining mill. Instead of going after the bigger trees, like in past years, their strategy shifted.

“Malheur has re-tooled which meant that they redesigned all their infrastructure that was designed to mill larger timber so they could mill smaller diameter material,” explained Brown.

In the state of Washington, Vaagen Brothers Lumber re-tooled its facility to accommodate smaller logs.

“We’re talking about millions of acres of problems,” says Russ Vaagen in the film. “It means millions and millions of tons of material that needs to come out (of the forests).”

In addition to operating a flagship facility in Colville, Washington, Vaagen Brothers Lumber has sawmills in Usk, Washington and Midway, British Columbia, as well as a planer mill in Athol, Idaho. 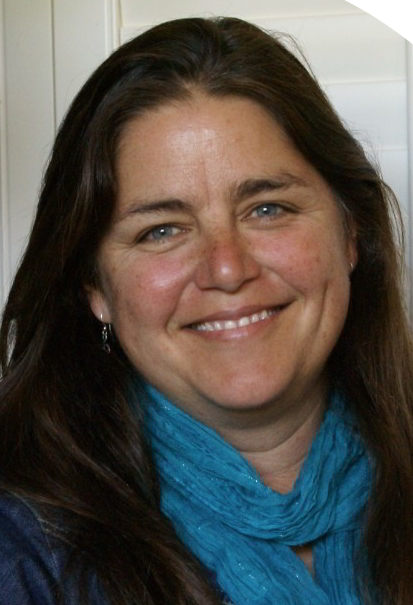 “I think we as Californians saw exploitation of the land, whether it was overlogging or overgrazing, and we wanted to turn the switch off.” – Melanie Parker, deputy director, Sonoma County Regional Parks

Melanie Parker, deputy director of Sonoma County Regional Parks, is featured prominently in the film discussing the intense impact fire has had in her community.

Parker is working to educate residents of the benefits of mechanical clearing, grazing by sheep and goats, as well as prescribed burning to ward off large fires like the October 2017 Tubbs Fire. At the time, the Tubbs Fire was the most destructive wildfire in California history, burning parts of Napa, Sonoma, and Lake counties, inflicting its greatest losses in the city of Santa Rosa. It killed 22 people and destroyed 5,636 structures while enveloping 36,807 acres.

“I think we as Californians saw exploitation of the land, whether it was overlogging or overgrazing, and we wanted to turn the switch off,” explains Parker to GV Wire℠ by phone. “But, you know, the opposite of exploitation isn’t just wholesale preservation, it’s stewardship.”

In the documentary, she discusses efforts to get a local bond measure passed that would allow for more natural resource management of the parks. She says the effort was successful and in 2018 a 10-year sales tax measure was passed.

“We want conservation-minded, climate-adapted grazing, thinning, and burning. And, if that’s what people get from the film, then it will be a success,” says Parker. 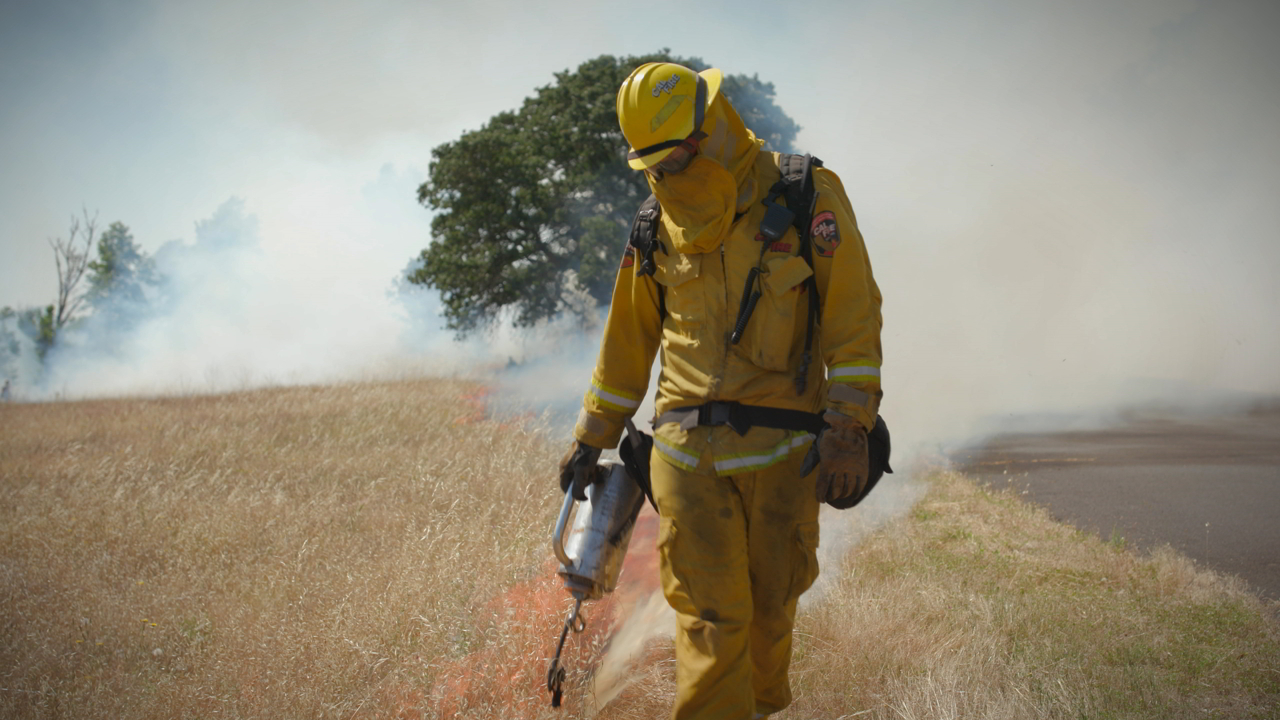 Fire crews in Sonoma County have revived prescribed burning in the area after devastating wildfires tore the community apart. (The West is Burning)