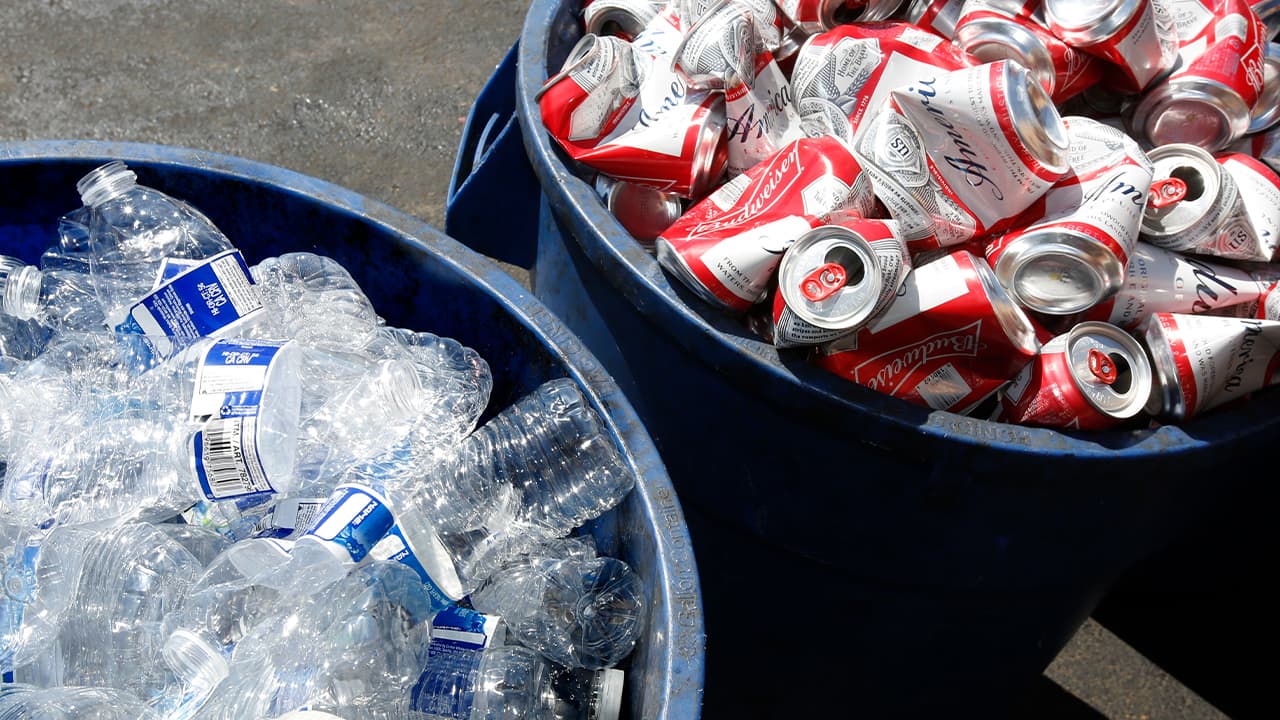 The state Department of Justice announced on Wednesday it had charged seven men with conspiracy, grand theft, and unlawful recycling, including the owner of West Coast Waste Industries — the state’s third-largest recycling processor. More than $300,000 in cash was seized during a search of West Coast Waste.

A copy of the complaint is at this link.

The charges filed in San Bernardino County followed a four-month investigation. Six have been arrested and one man remains at large, according to a statement from the state DOJ and CalRecycle, which oversees the state’s recycling program.

Under the program, Californians pay a deposit on cans and bottles they buy and receive a refund when the empties are returned to a certified recycling center.

Tens of  Thousands of Pounds of Containers Redeemed

Prosecutors contend that last year, the men trucked tens of thousands of pounds of aluminum and plastic beverage containers from casinos to Southern California recycling centers in order to collect the 5- or 10-cent cash refunds.

The containers were imported from a recycling center in Las Vegas, prosecutors said.

The men also are accused of filing phony redemption claims for tons of nonexistent or previously redeemed containers.