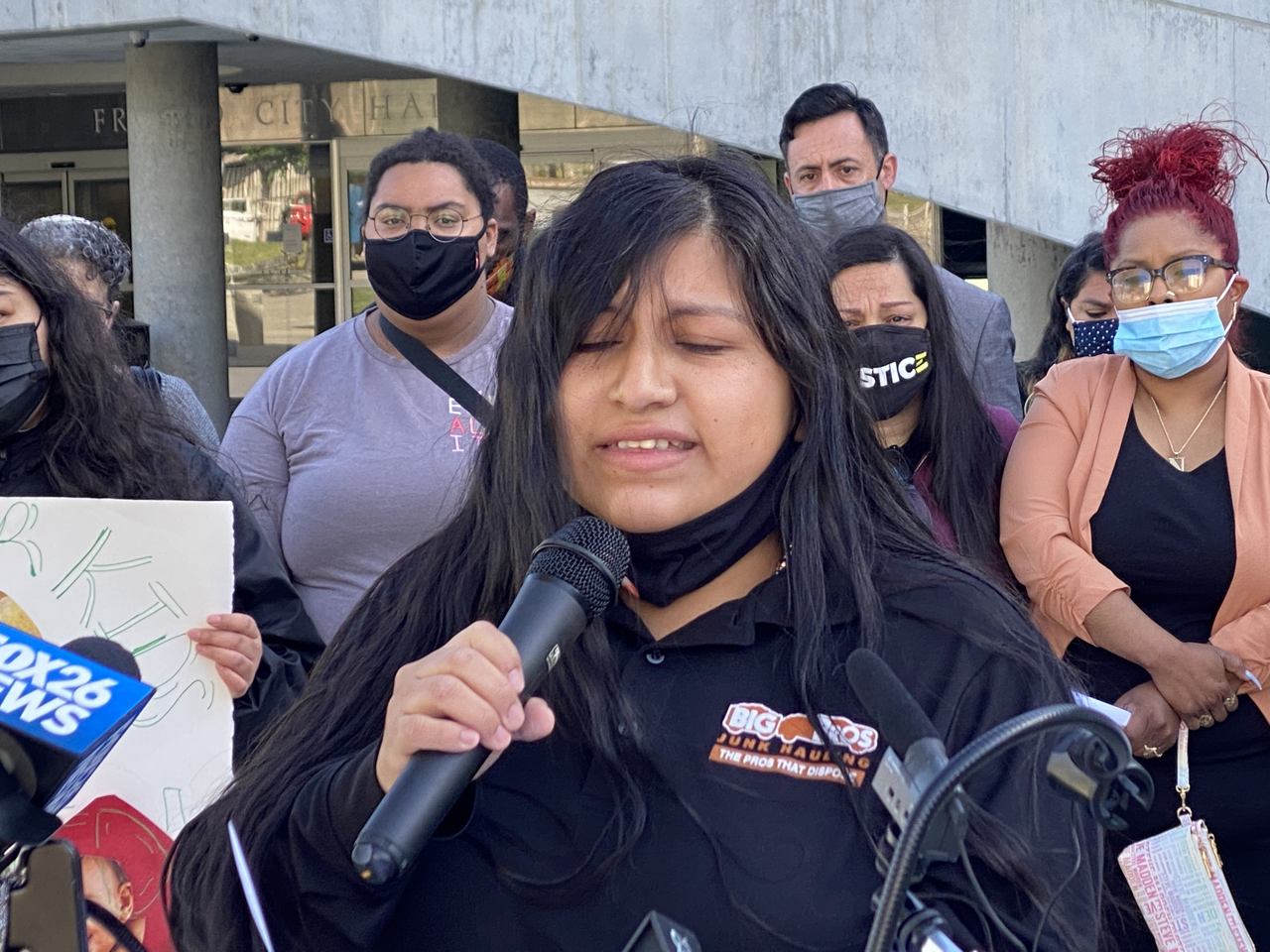 The Sixth Amendment of U.S. Constitution provides the right to counsel in criminal cases. A group of advocates — and at least one city councilmember — want that privilege to extend to Fresnans facing eviction.

Mediating disputes between landlords and tenants is not enough, social justice advocates say. They say the city should provide attorneys for tenants at taxpayers’ expense through a Right to Counsel program.

Councilwoman Esmeralda Soria said others have suggested to her that providing eviction attorneys is similar to providing criminal defense lawyers.

“If people that are charged with a crime get afforded an attorney, why can’t we afford an attorney for working families that are in threat of being evicted and becoming homeless in our city? That’s a good question,” Soria said.

“Why is it that for years in our country, it is OK if you have killed somebody, you are still provided an attorney at no cost to you? You could have blood on your hands and be completely guilty. But our system has allowed for there to be a type of justice, equally giving justice to hear your side of this story,” Saunders said.

No vote was taken last week. Fresno city councilmembers had a variety of opinions on the merits of mediation.

The Rental Mediation Program would use two city law clerks to determine what evictions are illegal, based on a self-reported system. The city attorney’s office would then attempt to mediate the situation before it heads to court. Participation is voluntary.

At last week’s meeting, Chavez was uncomfortable with the negative reaction to his plan.

Chavez estimates his plan would cost $200,000 a year and be funded in part by a surcharge to landlords for rental inspections. He said there has been success in a pilot program in his District 5 over the last year.

Opponents say because of the fast-paced nature of evictions, his plan does not act quickly enough.

“If not us, who? If not now, when?” Maxwell said during the council meeting via Zoom. “I’m a little bit more comfortable if it involved actual legal counsel. I think that’s what we’re going to need to see for me to be comfortable voting on something like this.”

Councilman Garry Bredefeld said the city is to blame for evictions because of its stay-at-home orders since the COVID-19 pandemic.

“This building (City Hall) and its policies and the people who make these policies have been throwing people out of work for the past year,” Bredefeld said.

State law currently prevents evictions because of late rent due to COVID-19 complications. But rules apply, such as notifying a landlord in writing about being unable to pay rent. Rent is not waived and eventually must be paid back. “Just cause” evictions are still allowed. 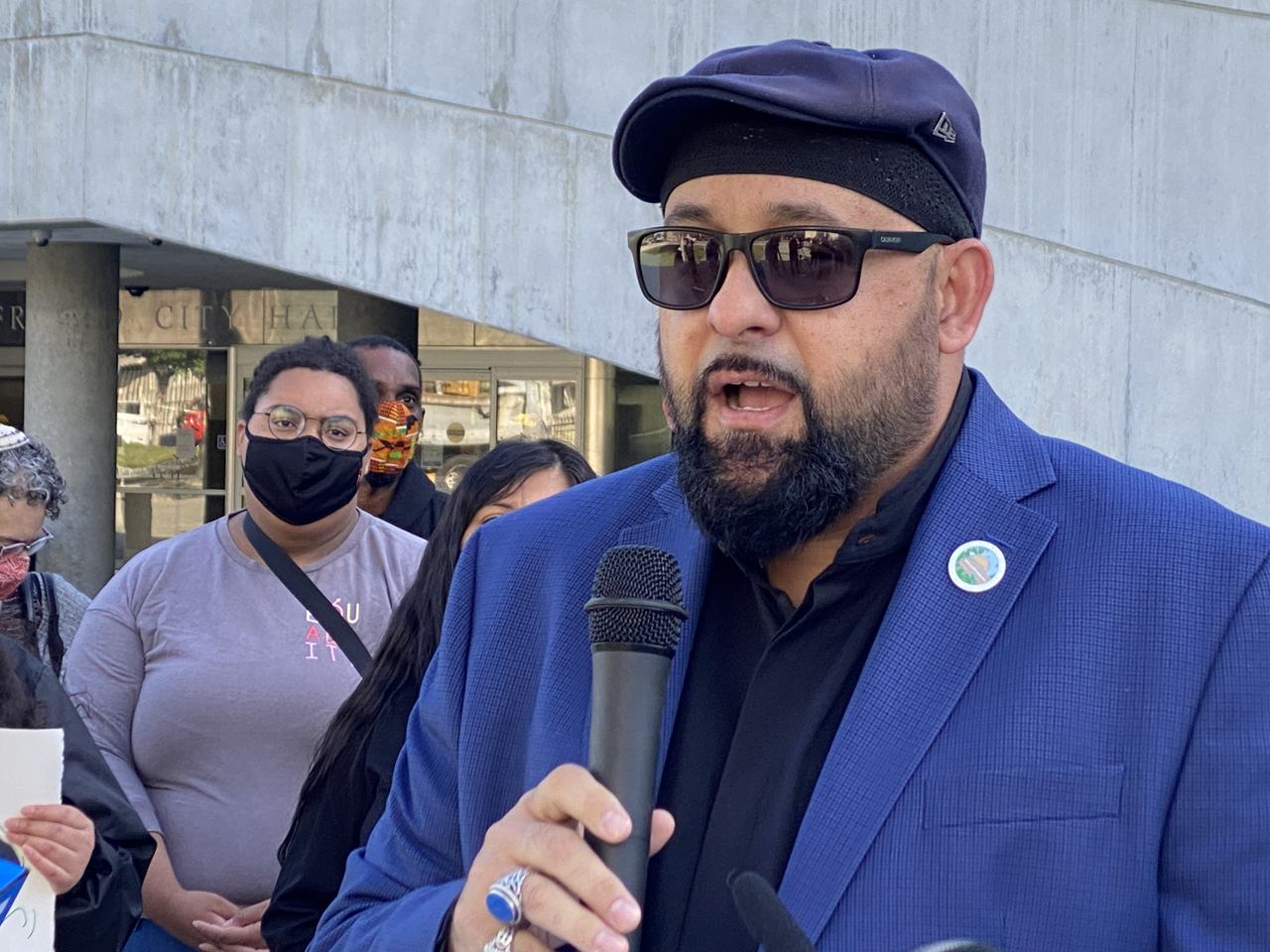 “Let us be a city that knows that mediation is not enough, that we need representation, someone who’s going to fight for the less powerful. We deserve a right to a counsel and not a halfway solution.” — Reza Nekumanesh

Speaking in the shadow of City Hall, supporters of Right to Counsel spoke to the media.

Jessica Ramirez choked up, fighting back tears when describing her experience of eviction.

“This voice that I have is just not for one, but for many, many out here in this world. You know, I live this. It is a struggle. I’m in pain. You know, you guys don’t know how it is living in the streets,” Ramirez said.

“Help! Please help!” she cried, as she was consoled after her speech.

Well-known orators and social justice advocates, Reza Nekumanesh from the Islamic Cultural Center of Fresno and Pastor D.J. Criner of St. Rest Baptist Church, called for the city to fund the program.

“Let us be a city that knows that mediation is not enough, that we need representation, someone who’s going to fight for the less powerful. We deserve a right to a counsel and not a halfway solution,” Nekumanesh said.

Saunders helped organize the City Hall rally. She is advocating for the city to implement a Right to Counsel.

“(The city is) receiving (state and federal) money for this responsibility to take care of their city. If you are actually a city representative, a representative of your constituents, you should be listening to what the problem is and trying to figure out a solution to fix it. You didn’t even have to figure it out. It was figured out for you,” Saunders said.

Saunders estimates the program would cost $1 million for the phase-in year, with full costs at $5 million a year.

As to critics who say the city should not engage in disputes between private parties, Saunders disagrees.

“It’s not a private dispute. This is an actual problem for the whole city. If you don’t take care of the least of the people that are hurting, it’s going to affect the rest of this city,” Saunders said. 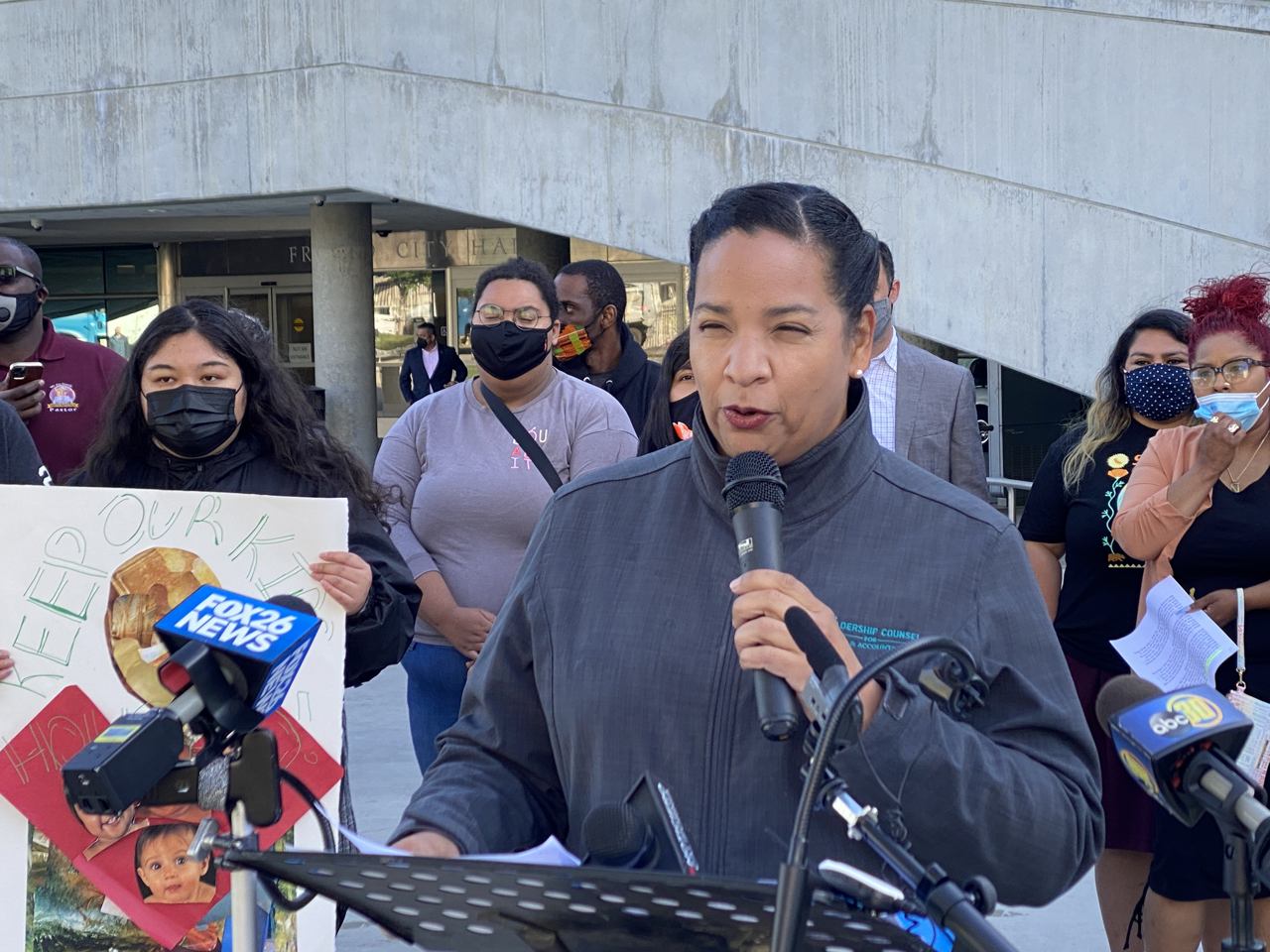 “It’s not a private dispute. This is an actual problem for the whole city. If you don’t take care of the least of the people that are hurting, it’s going to affect the rest of this city.” — Ivanka Saunders, Leadership Counsel

An eviction process (known as unlawful detainer cases) starts when a landlord issues a notice to a renter to either fix a problem — such as non-payment of rent — or vacate the premises. The most common notice is “3-days to pay or quit.”

Once the initial notice is filed, a landlord can file an unlawful detainer case after the time limit on the notice expires. A tenant has five days to respond after being served with a court summons. If there is no response, a default judgment could be entered.

If a response is made, the case would go to court, usually within 20 days. Judge Mark Cullers handles unlawful detainer cases in Fresno County every Tuesday starting at 8:30 a.m.

If the court rules in the landlord’s favor, and the tenant does not leave, the sheriff’s department would be called to handle the physical eviction.