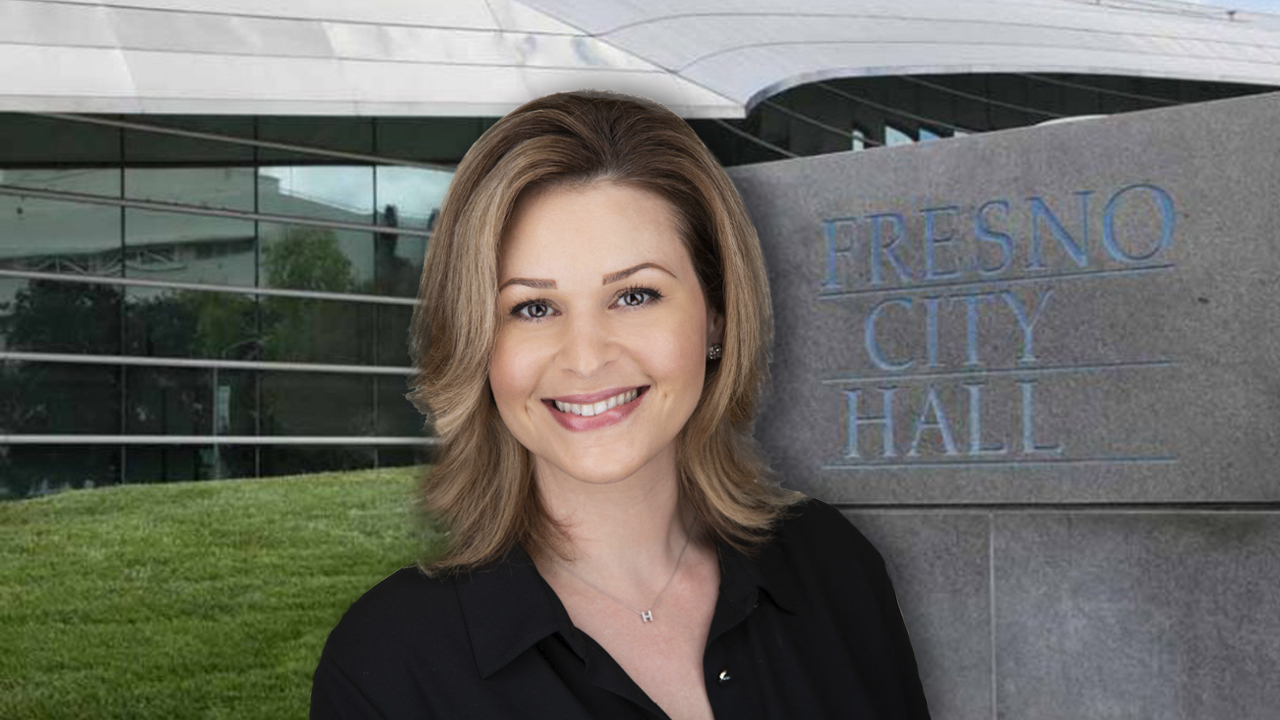 The agenda item to discuss the appointment of Haley Wagner-Drilling to the Planning Commission was removed by Fresno City Council President Luis Chavez.

Chavez said he has not met with Wagner-Drilling and would like “more time to follow up with the candidate.”

Mayor Jerry Dyer, who made the appointment, said he notified council by email of his pick three weeks ago.

“That is on our end,” Chavez said about not setting up a meeting.

A new date as to when the council may take up Wagner-Drilling’s appointment has not been set. But, Chavez promised to give her an up and down vote.

The Fresno City Council will discuss the nomination of Haley Wagner-Drilling at its meeting on Thursday.

Wagner-Drilling, 38, works as an insurance agent for the Arthur J. Gallagher brokerage. She specializes in food and beverage manufacturing.

“I just happened to stay in the area because this is where my best opportunities came. And, of course, as I lived here longer, the more engaged I became. This is where my roots went down. So I’ve been involved in the community pretty much one form or another since I moved here,” Wagner-Drilling said.

She serves on boards of the local chapter of the California Restaurant Association and chamber of commerce.

This would be Wagner-Drilling’s first opportunity to serve on a city board.

“Fresno has been very good to me. I love the community here. I want to do something good for it and do something good for the people here, too. So when opportunity came that the Planning Commission had some openings, I wanted to pursue that and see if there was a way that I could get involved and I could continue to serve my community,” Wagner-Drilling said.

Wagner-Drilling would replace Raj Sodhi-Layne, who resigned last month to pursue other goals.

“She has a real estate background, lives in the Tower District, and is very familiar with zoning laws, as well as neighborhoods within Fresno. I think she’ll be a great addition to the Planning Commission,” Dyer said.

Related Story: Dyer Looks to Fill Planning Board Vacancy. Sodhi-Layne Leaves with India on Her ...

A Tower Resident and the Tower Theatre

As a resident of the Tower District, Wagner-Drilling is well aware of the controversy over the sale of the Tower Theatre.

“It’s hard to watch because I don’t like seeing the the anger on both sides of the fence with this dispute,” Wagner-Drilling said.

Adventure Church is attempting to buy the landmark theatre and symbol of the Tower District. The purchase has been met by protesters and is being challenged in court by one of the property’s tenants — Sequoia Brewing Company.

“It’s an institution. I’m a big music fan and I’ve gone and seen quite a few productions and concerts there. So, it holds a special place in my heart just for my time there. I think that the situation is really more zoning and contractual. My hope is that is that a decision can be made that really takes into consideration, not only the zoning and the contract with the tenants and the prospective buyers, but also the importance of that building and what it stands for in the community,” Wagner-Drilling said.

The legal case centers on whether Sequoia Brewing had first right to buy its property. An appeal court has temporarily halted the sale.

Wagner-Drilling, who is registered with no party preference, said she would need to study up on the municipal code before rendering any zoning decisions that come to the commission.

One of the most frequent topics the Planning Commission decides is whether to allow conditional use permits to sell alcohol. In recent years, the city council has tightened regulations through legislation such as the Responsible Neighborhood Market Act.

“I think it really depends on the area that the licenses are being asked for. It’s not cut and dry. You have to look at what’s already in that particular neighborhood, what the impact on the neighborhood is going to be,” Wagner-Drilling said.

If she is confirmed, a decision to grant a proposed conditional use permit for a 7-Eleven at Shaw and West avenues could be one of her first decisions. It is scheduled to be discussed at the Planning Commission on April 21.

“Nothing is ever just black and white, there’s a lot of gray area, and I think that’s probably the most challenging part for anybody that’s involved in these committees or council members themselves,” Wagner-Drilling said. “It’s never just an easy answer.”

Of the six other planning commissioners, none live in council districts 1 or 3.

Dyer said geographic diversity was important in his pick.

“We were lacking representation in District 1. She is going to to serve the entire city well. But she understands the Tower District very, very well as well,” Dyer said.

In 2019, Councilman Miguel Arias floated the idea that all districts would need to be represented on the Planning Commission. His proposal never reached a vote. However, District 1 would have been the first vacancy filled under that plan.

Esmeralda Soria, the District 1 councilwoman, is not familiar with Wagner-Drilling.

“I’ve never met her and I don’t have her background yet, so I can’t speak to them,” Soria said.