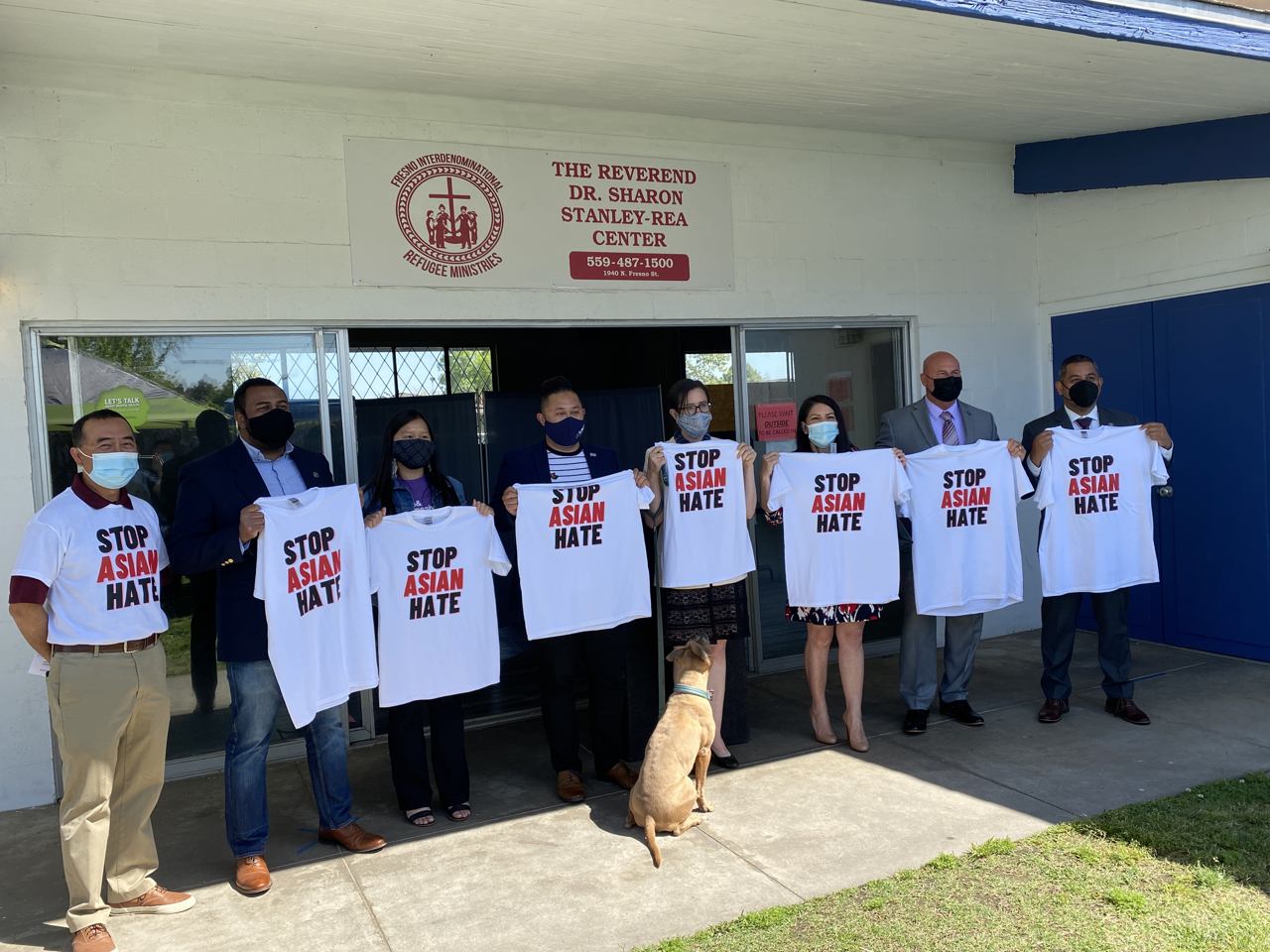 The Fresno City Council approved the anti-Asian hate resolution with a 7-0 vote.

When members of the Fresno City Council discuss a resolution condemning anti-Asian hate in Fresno and throughout the country, they hope it is more than just words.

“I didn’t want a resolution that would just be symbolic, denouncing hate. I wanted something that would be much more meaningful and tangible and would really see change in our community,” Councilwoman Esmeralda Soria said at a news conference on Tuesday.

The resolution — to be discussed on Thursday — calls for working with community-based organizations to create safe spaces for the Asian community and encourage more reporting of hate crimes. 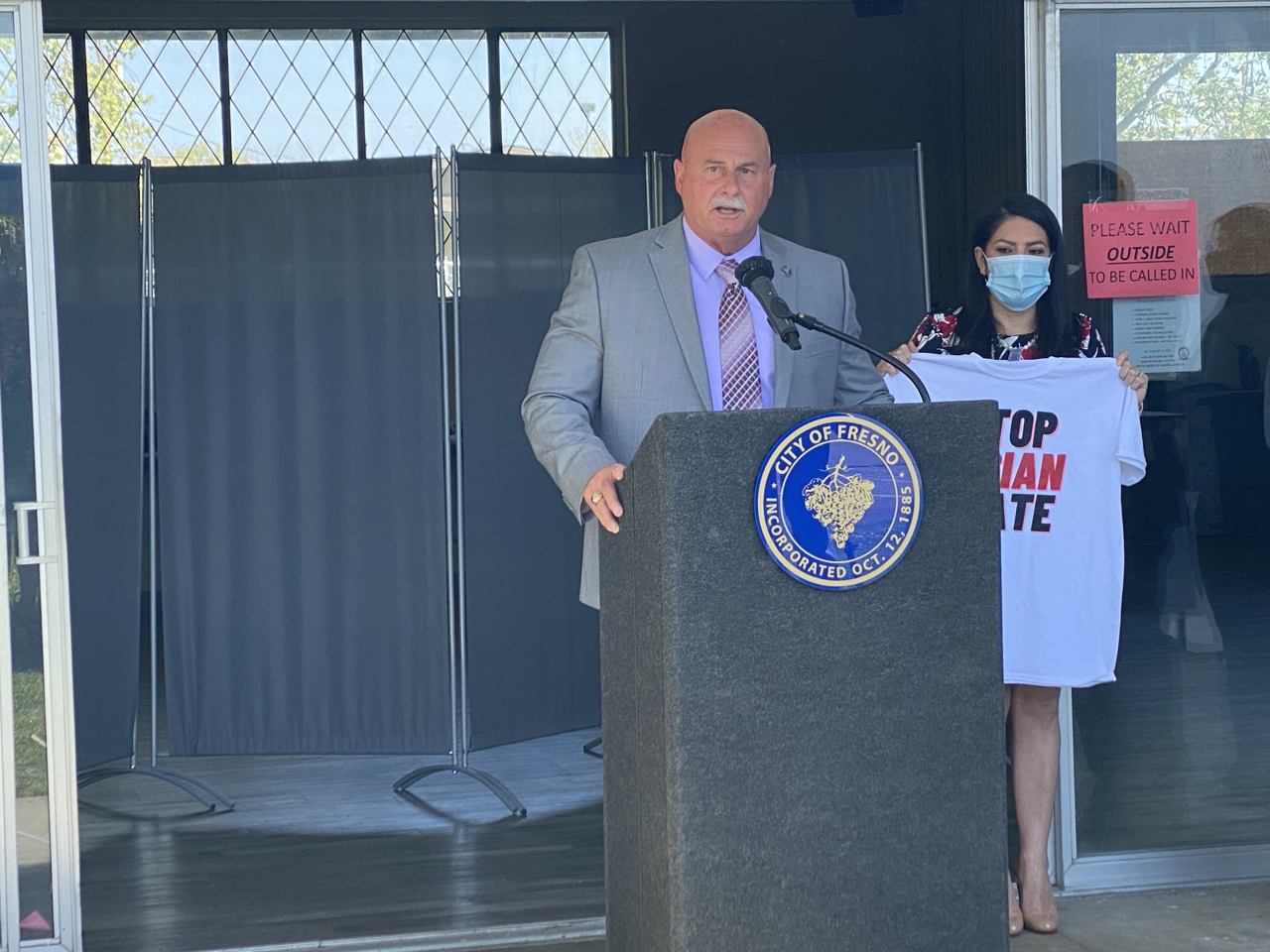 Mayor Jerry Dyer said he would form an Office of Community Affairs. That meets one of the resolution’s goals — to create a liaison with the Asian community.

“They will be a resource for members of our community who perhaps do not speak English or perhaps do not feel comfortable interacting with people from government,” Dyer said.

The first hire will be “an Asian” Dyer said. The office would expand to other ethnic groups, including Hispanic/Latino and Punjabi.

Dyer said there were only 16 hate crimes reported in 2020 and one this year. Only one involved an incident directed toward someone of Asian heritage.

“There is a significant underreporting of hate crimes in our community as a result of people being either fearful of bringing that forward or reluctant to bring that information forward to the police department,” Dyer said.

Dyer: Those Who Commit Hate Crimes Are ‘Cowards’

The council resolution lists four incidents of anti-Asian bias. Some were anecdotal, some were reported to police. They include slurs, and in one case a gun pulled on a person of Lao descent in a parking lot.

“People who commit hate crimes are people who are cowards,” Dyer said. He said that creates fear in the community.

“It is so important that we send a message, not only send a message that it’s not tolerated, but we stand with those people who are victims of hate crime and hate incidents,” Dyer said.

Two of the incidents mentioned in the resolution and reported to police “do not have any information indicating the victims were targeted due to their race or ethnicity,” spokesman Lt. Rob Beckwith said.

The incidents include a Feb. 17 verbal confrontation between a 25-year old Asian female and male subject. The conflict revolved around a parking space. The victim said she saw the other person pull a firearm from his waistband, but did not point it at her.

On Jan. 18, a 61-year old Laotian male was assaulted around Roeding Park. He suffered a laceration to his eye.

Related Story: Hate Crimes in US Reach Highest Level in More Than a Decade

A Lack of Diversity in City Leadership

Another prong of the resolution “will look to address the disparity of leadership roles within all City departments.”

Dyer said the most prominent Asian-American on his staff is his communications manager, Sontaya Rose.

“I think the fact that as you heard those answers, it clearly demonstrates the importance of us creating this Office of Community Affairs and assigning the first person to that office being of American Asian (descent). So that’s exactly what we’re going do to do,” Dyer said. 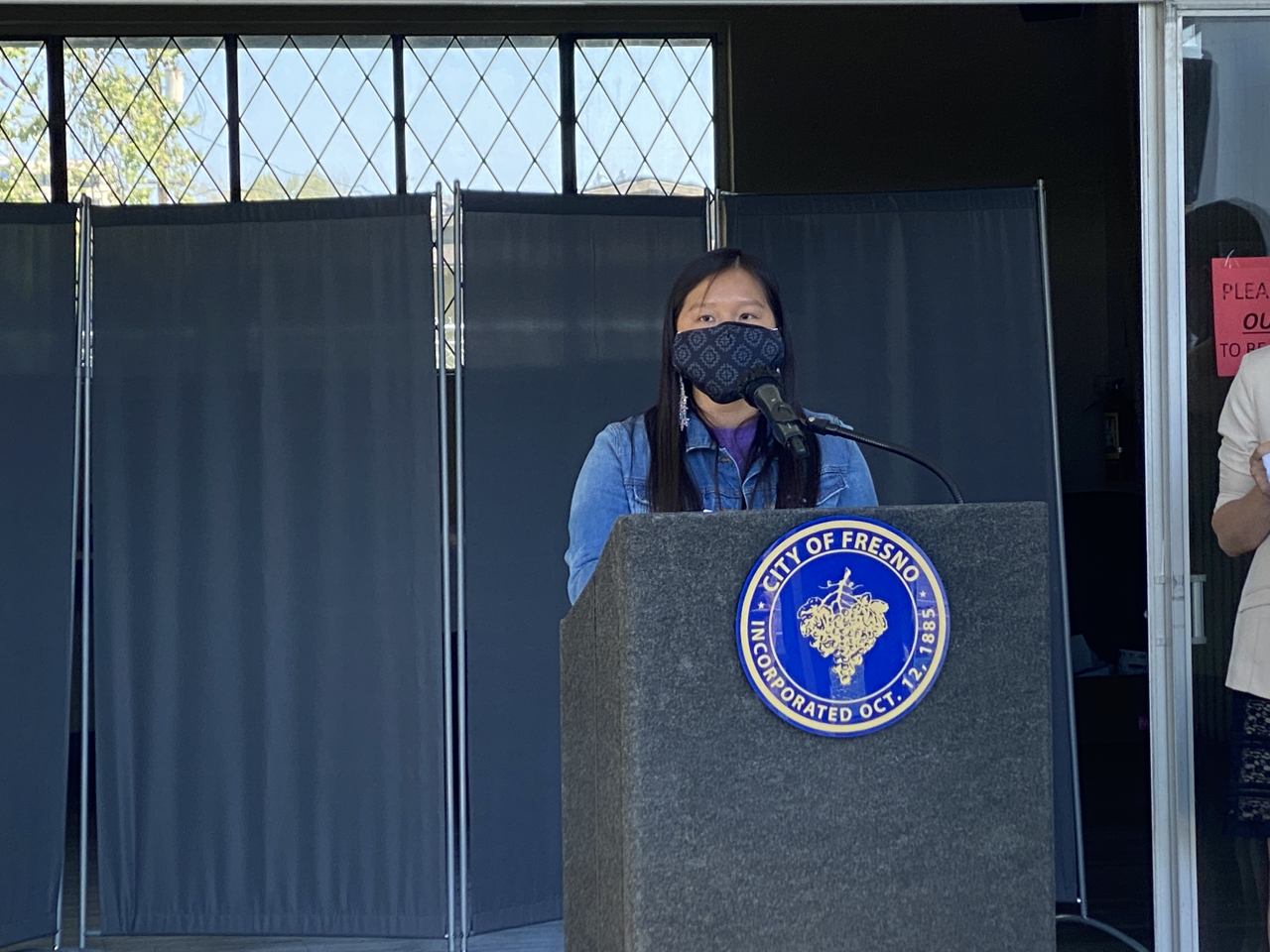 “When the attacks on Asian-American communities began to rise throughout the country and in our local community, we were all very angry and afraid.” — Katie Moua, Hmong Innovating Politics

Several community members stood alongside Dyer and the councilmembers supporting the resolution.

“When the attacks on Asian-American communities began to rise throughout the country and in our local community, we were all very angry and afraid,” said Katie Moua with Hmong Innovating Politics.

She said people are afraid to leave their homes.

“There is an economic impact as to these anti-Asian (incidents) … this fear that has been created among our community,” said Blong Xiong, a former councilman and now the executive director with the Asian Business Instate and Resource Center.

He wants to ensure the city’s economic recovery is “equitable for the city and for one of the most challenging communities in the Central Valley.”