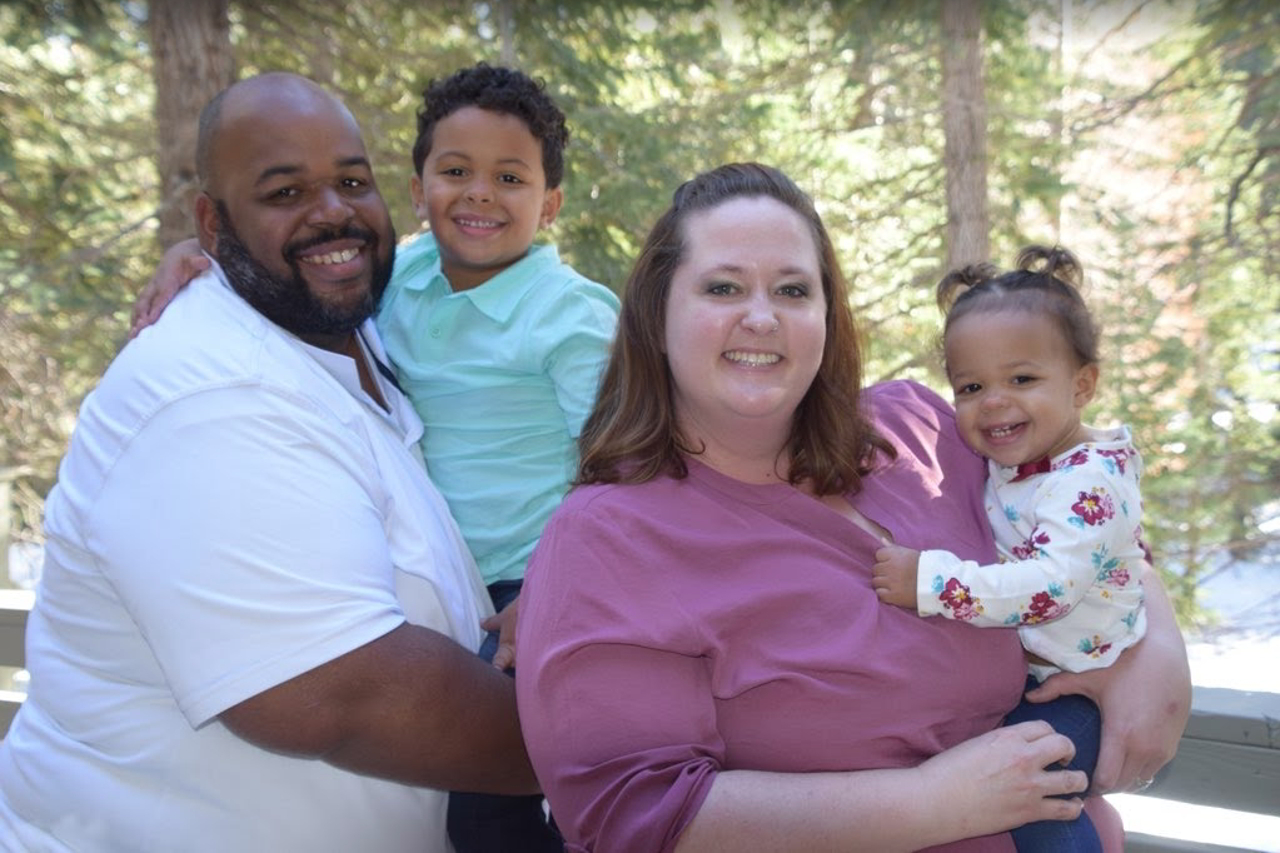 As of March 29, 443 cases of Multisystem Inflammatory Syndrome in Children had been reported statewide. Valley Children’s Hospital in Madera tells GV Wire℠ it has seen at least 88 of them.

“We’ve seen quite a few cases,” said Dr. Reshma Patel, a pediatric rheumatologist at VCH. “The thought is that it’s an immune system response to the actual coronavirus virus.” 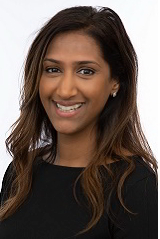 MIS-C is a rare inflammatory condition associated with COVID-19 that can damage multiple organ systems. MIS-C can require hospitalization and be life-threatening according to the California Department of Public Health. Different body parts can become inflamed, including the heart, lungs, kidneys, brain, skin, eyes, or gastrointestinal organs.

MIS-C is similar to Kawasaki disease, which is why it may have been difficult to diagnose earlier in the pandemic.

“Since this has been mimicking that, that is one of the key features that we have been urgently monitoring in children,” says Patel.

Jennifer Moore of Fresno says her family’s world was turned upside down by COVID-19. 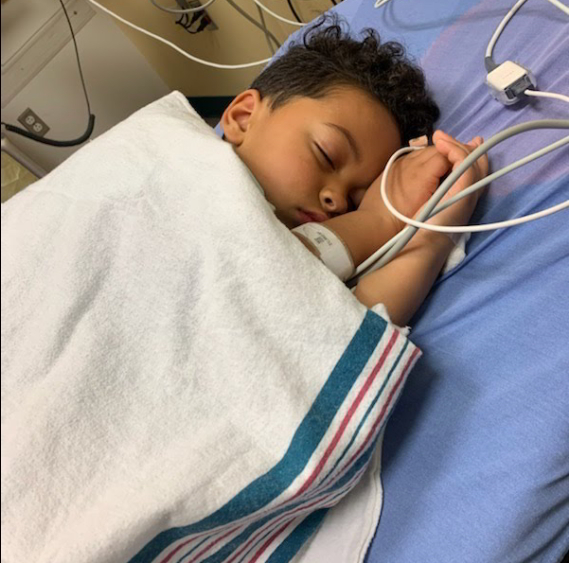 Five-year-old Bryce Moore pictured on the day he was admitted to Valley Children’s Hospital dealing with MIS-C. (Jennifer Moore)

“My husband and I tested positive for COVID at the end of November. And, at the time, we also had our 5-year-old son (Bryce) tested just as a precaution and he tested negative,” explained Moore.

Moore says she and her husband, Evan, decided against testing 18-month-old daughter Peyton because she was asymptomatic.

After a few weeks battling COVID-19, Jennifer and Evan both started feeling better. But, in mid-January things changed for her family.

“We picked my son up for school on Friday and he complained he had a little bit of a headache,” says Moore. “So we just gave him some Tylenol and had him go to bed.”

But, on Saturday, Bryce woke up lethargic and had no appetite. He didn’t have a fever but the back of his head was really hurting. By Sunday morning, he woke up in excruciating pain.

Contacting a doctor via telehealth, Moore was told it could be Kawasaki disease based on the rash on his back and swelling of his feet and hands.

Now Bryce had a fever.

“It got up to 103.9 at one point,” said Moore. That’s when they took Bryce to VCH for additional blood work. Jennifer at some point told VCH staff that she had her husband had recently had COVID-19.

After three nights and four days, Bryce responded well to his initial treatment and returned home. But Jennifer isn’t sure if their journey is at an end.

“He still has follow-up with cardiology and has to take daily baby aspirin, just out of concern of the damage that may have happened to his heart because of the inflammation in his body,” Moore said. “It’s scary because he’s a very active, athletic, you know, fun-loving 5-year-old.”

She says Bryce has already missed out on playing T-ball out of fear the added stress on his heart would not be healthy.

“It’s extremely difficult because you want nothing but the best for your kids,” says Moore. “And so just hoping that there aren’t major long-term effects for him and he can continue to be a kid.”

Moore says Peyton is doing fine, but she’s keeping a watchful eye on her. 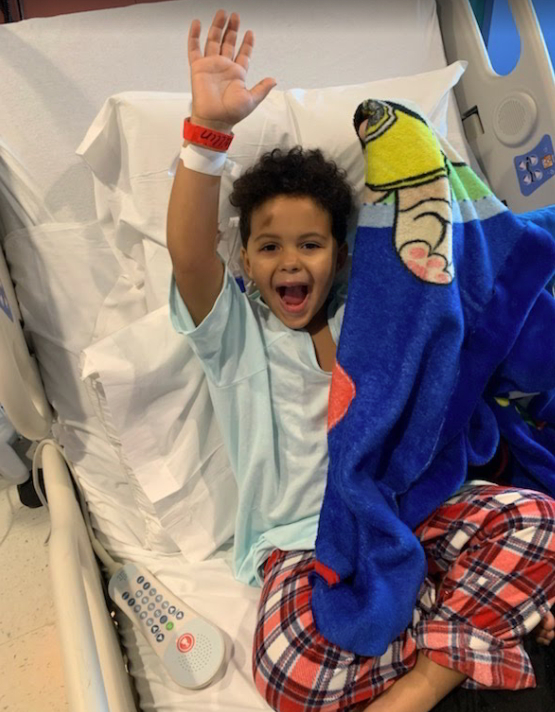 Bryce Moore is happy to raise his hand the day he gets discharged from VCH after four days of battling the syndrome. (Jennifer Moore)

In the U.S., more Black and Hispanic children have been diagnosed with MIS-C compared with children of other races and ethnic groups.

This, in part, may explain the large number of cases in the Central Valley, which has a large Hispanic population.

“There has been ongoing research and studies showing that this may be affecting more of the African-American children and Hispanic ethnicities,” said Patel. “And so perhaps there’s a genetic predisposition to potentially getting something or this type of immune response.”

She says more studies are needed to help determine why MIS-C affects some children more often than others.

“This has been identified and it occurs in children up to 21 years old. That’s basically the definition of pediatrics,” adds Patel. “Here we have seen it from 8 months old to 17 initially. But I think, a couple of weeks ago, we had a 20-year-old male also.”

The inflammation appears in children who may have had an asymptomatic or symptomatic COVID-19 infection weeks prior. It has also been seen during active COVID pneumonia.

Fact sheets are going out to families and school nurses ahead of, or during school re-openings on what to look out for.

“We’re seeing fevers, and these are kind of high — so more than 101 degrees Fahrenheit,” said Patel. She says some of the other things to watch for include:

“At home (for parents), it’s really some of those more than just a little cold or flu symptoms,” said Patel. “With this, the kids want to just sleep. They don’t want to be bothered. They don’t want the lights on in the room.”

Patel says VCH started to see their first cases of MIS-C at the end of May 2020.

“I remember we were hit really hard and it was many patients coming through,” she said. “It’s really following the course of the surges that we’re seeing with coronavirus.”

With No March Miracle, California Prepares for Another Drought