This is California's Third-Driest Year on Record 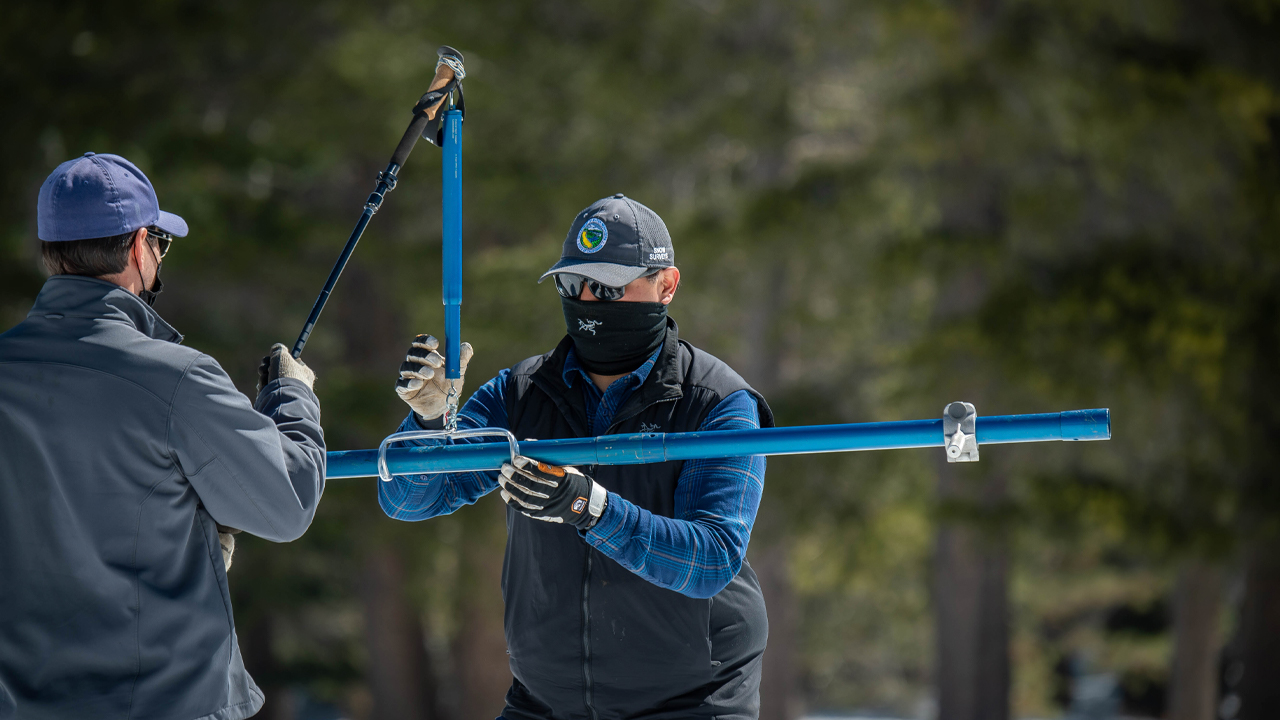 The water content of California’s Sierra Nevada snowpack was measured at 59% of the April 1 average, when it historically is at its peak, the state’s chief of snow surveys and water supply forecasting said Thursday.

The unsurprising result follows the second consecutive dry winter and comes amid indicators that California is entering another drought just a few years after a five-year dry spell.

Overall, the state has received only about 50% of average precipitation in the current water year and its major reservoirs are only about half full, said Sean de Guzman of the Department of Water Resources.

“It’s currently tied for the third-driest year on record,” de Guzman said during a briefing at Phillips Station in the Sierra Nevada, where manual measurements have been made since 1941. The Sierra-wide measurement is made by sensors at 260 locations.

The snowpack normally supplies about 30% of California’s water. How much of the current snowpack ends up in reservoirs remains to be seen.

“As the snowpack starts to melt the big unknowns are how dry are the soils beneath the snowpack and how much water will absorb into those soils before running off into our rivers and streams,” de Guzman said. “The next few weeks are just really critical to watch to see how much of that snowmelt will enter into our reservoirs.”

De Guzman said it was somewhat of an anomaly for the state to have received more snow than rain, a result of colder storms.

The snow that did fall favored the northern and central Sierra over the southern end of the range, which runs for hundreds of miles along the California-Nevada state line.

At Phillips Station, de Guzman measured a snow depth of 49.5 inches (1.26 meters) and a snow water content of 21 inches (53 centimeters) which translates to 83% of average for the location.

During the 2012-2016 drought, then-Gov. Jerry Brown watched as a measuring device was placed in a snowless field of grass at Phillips Station and took the drastic step of ordering a 25% reduction in water use.

While the Department of Water Resources characterizes the current year as “critically” dry, California is better positioned than it was back then.

“Even though we have drought-like conditions, Californians as a whole have actually been conserving a lot more water compared to where we were before 2012 when the previous drought started,” de Guzman said. “A lot of the public has continued their effort which is a great sign and we need to keep continuing to do that.”

The season’s final snow survey will be conducted on April 29.