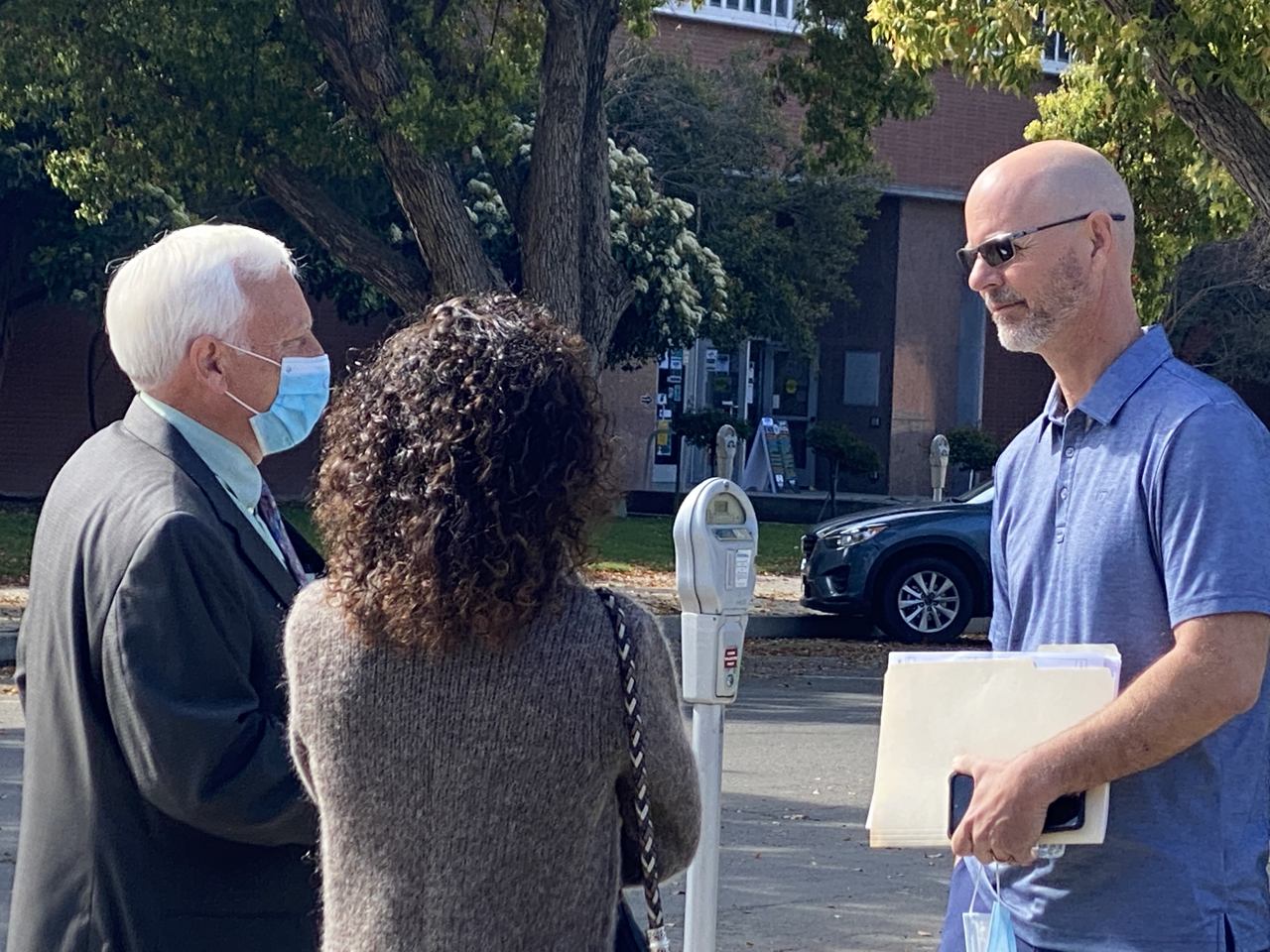 A ruling on whether the controversial sale of the Tower Theatre can move forward will happen later this week, Judge Rosemary McGuire said.

McGuire made the announcement after 45 minutes of legal arguments Wednesday from attorneys representing Sequoia Brewing Company and the Tower Theatre’s owners.

“The only things that she (McGuire) really needs to look at are the balancing of the harm and whether there’s any possibility that we could prevail at trial. So, and I think we’ve established those pretty clearly,” Kimberly Mayhew, attorney for Sequoia Brewing said.

Sequoia Brewing is seeking an injunction that would halt the sale until a full court case is heard. That is scheduled to start in July. Mayhew and her colleague Craig Meredith argued that the brewery’s lease gives it the right to purchase the property it is utilizing.

The theater’s owners contend they have met their obligations and the sale of the entire property to Adventure Church should be completed. Recent court documents peg close of escrow on March 31. Prior to the lawsuit, the estimated timeframe was mid-February.

Case on the Law, Not Politics

The deal to sell the entire Tower Theatre property, including the iconic venue and other buildings that house restaurants, has caused backlash among the Tower District community.

Protesters, who have demonstrated every Sunday for the past two months, say a church owning the property could affect nearby businesses holding liquor, dance and cannabis licenses. Some question the church’s stance on LGBT issues, in an neighborhood that is generally LGBT friendly.

“We’re not involved in that. Our position isn’t political or religious or anything like that. It’s a legal position. It’s simpler for us as lawyers to just look at the facts and the law, you know, and not so much on the other stuff that we’re reading in the media,” Mayhew said.

Adventure Church’s pastor, Anthony Flores, attended the hearing. So did the Laurence Abbate — whose family owns the theater — and Allison Richtel-Smith, who owns Sequoia Brewing with her husband Jeremy Smith.

All three of them, along with Tower Theatre attorney Dave Camenson made comments after the hearing. Adventure Church Pastor Anthony Flores attends a court hearing on the sale of the Tower Theatre to his church. (GV Wire/David Taub)

Hearing Centers Around Right to Information, Default on Fees

During the court hearing, Mayhew argued the language in the lease gives Sequoia the right to buy its building before it can be sold to a third party.

Camenson countered that the theater has offered Sequoia its portion for $1.268 million. The offer is in place through March 24, he said.

“It’s up to them to determine if that is a reasonable price,” he told Judge Rosemary McGuire.

The brewery’s attorneys also made the argument that they cannot evaluate if the price is fair if they don’t know how much the church is offering for the entire property.

McGuire questioned why that information would be relevant if just a portion of the entire sale is at stake. Mayhew said they cannot adequately appraise the property without it.

Mayhew, responding to Camenson asking theoretically what more can they do, said “show us the price and terms from the church.”

“We don’t have any idea how they came up with the number,” Meredith said after the hearing.

Mayhew said if McGuire rules against Sequoia, they will appeal. Fed Expects to Keep its Key Rate Near Zero Through 2023