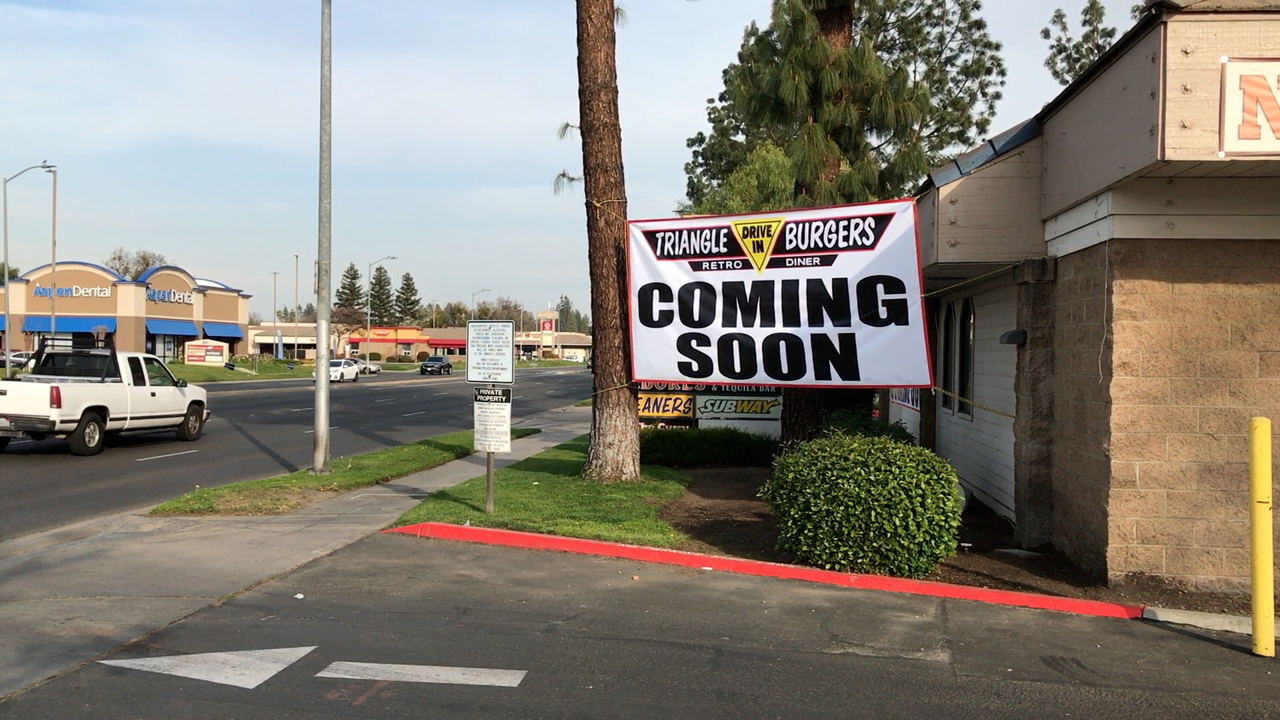 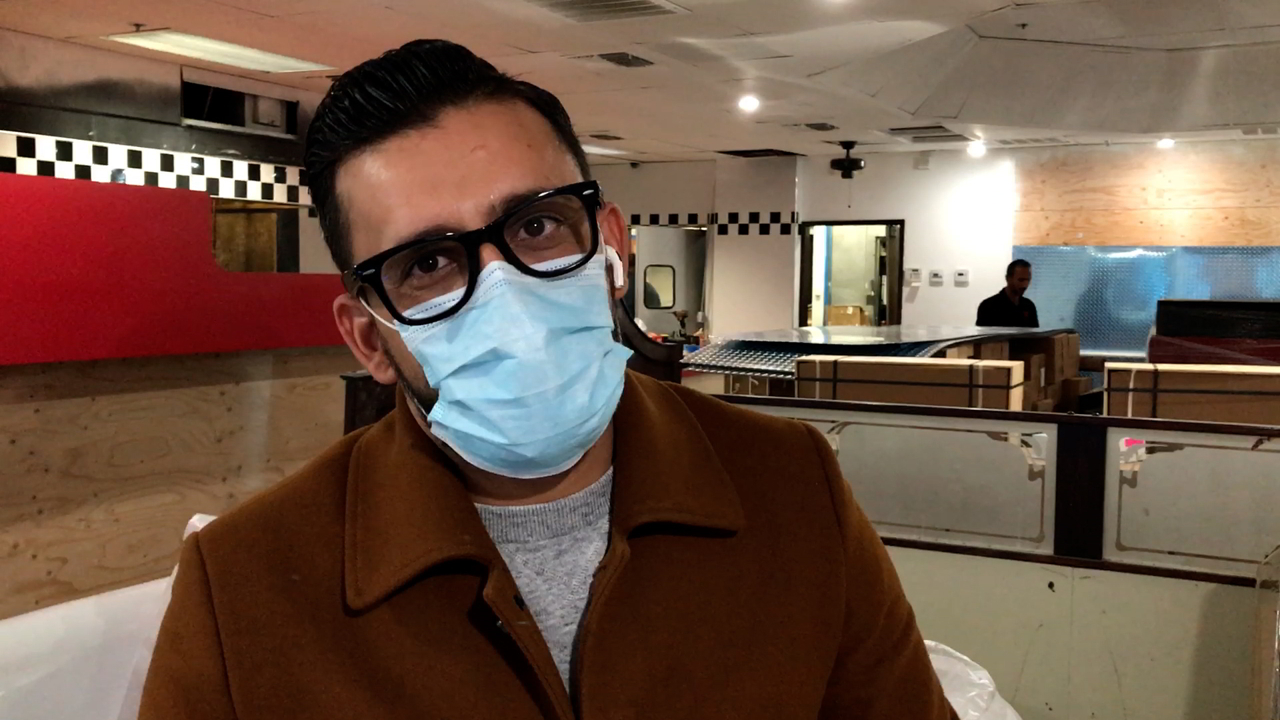 “I needed a presence here,” owner Zahi Saleh said as he worked to get the new location at West Shaw Avenue and Feland ready for business.

“I’ve got a lot of a lot of my customers that are bugging me about when I’m going to open.”

Customers may be familiar with the burgers since they’ve been coming off the grill in Fresno since the 1960s.

Construction workers are putting on some of the finishing touches inside the newest location that’s set to open in early April. It’s located in a shopping center anchored by a Foodmaxx and Ross store.

Saleh says even though the new site doesn’t give him a drive-thru option, it’s the perfect size for what he was looking for. It was previously a Mexican restaurant.

As for what makes Triangle’s offering unique?

“We provide a good burger,” says an exuberant Saleh. “I’ll let my customers vouch for that.” A handmade replica of a 1957 Chevy seat will be used for customers in the waiting area. (GV Wire/Jim Jakobs)

Saleh says the northwest Fresno location will be his sixth in the Valley.

The opening was a bit delayed — on purpose, he says.

“I’ve been trying to drag it (out) with all the restrictions because I don’t have a drive thru,” explained Saleh. He believes the county’s COVID-19 numbers are trending in a good direction that will allow him to open up with the 25% indoor dining option.

“Things look pretty good,” he says. The first three months of the pandemic “were scary”, but he believes the economy in his sector is turning around for the better.

He said hiring for the location will begin in earnest around the first week of April.