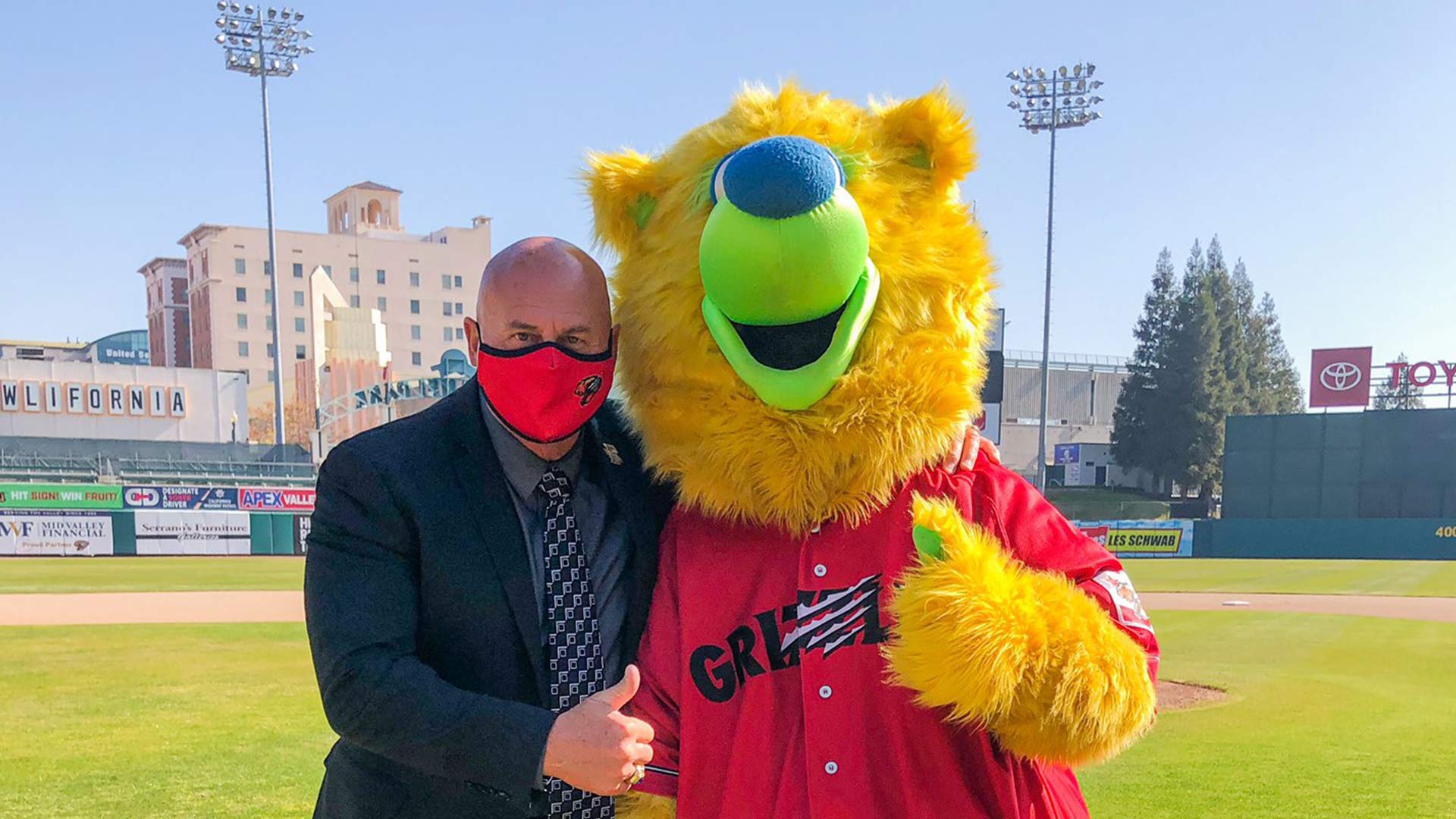 The Fresno Grizzlies are ready to come out of hibernation.

The last game at Chukchansi Park was September 2, 2019. All of minor league baseball was canceled in 2020 by the COVID-19 pandemic.

Baseball is ready to return to Fresno May 11, with fans, although team president Derek Franks expects things to look different.

“We are anxious to open the doors of Chukchansi Park,” Franks said.

Much has changed including a new parent club, a new level of play and a new stadium lease.

The team held a news conference Wednesday to introduce the Colorado Rockies, the new parent club for the Grizzlies. The team will now play in Low-A West — featuring many of the teams that played in 2019 in the California League — three steps down from Triple-A and the Pacific Coast League. 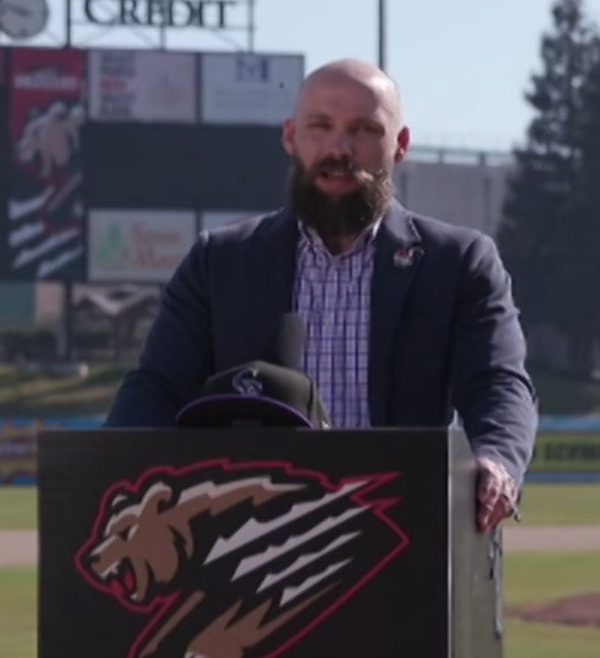 “We’re hoping for a gradual return to more normal seating capacity, but we will open with restrictions.” — Grizzlies president Derek Franks

“We’re hoping for a gradual return to more normal seating capacity, but we will open with restrictions,” Franks said. “We’re confident that this is going to be the safest place to go out and get back to doing something that you love outdoors at Chukchansi Park.”

Most of last year’s season ticket holders rolled over their purchase to the upcoming season, Franks said. Those ticket holder will be given top priority for seats.

The team will announce its promotions calendar soon. Franks said the club will have news of its award-winning Taco Truck Throwdown next week.

Franks said the availability of food concessions depends on state guidelines. The club would maintain the same gameday staffing, he said.

“We have to do things on a game day experience level to continue to offer the same experience,” Franks said.

Regarding ticket and concession prices, Franks said they will continue to price things for the market.

Praise for the Stadium 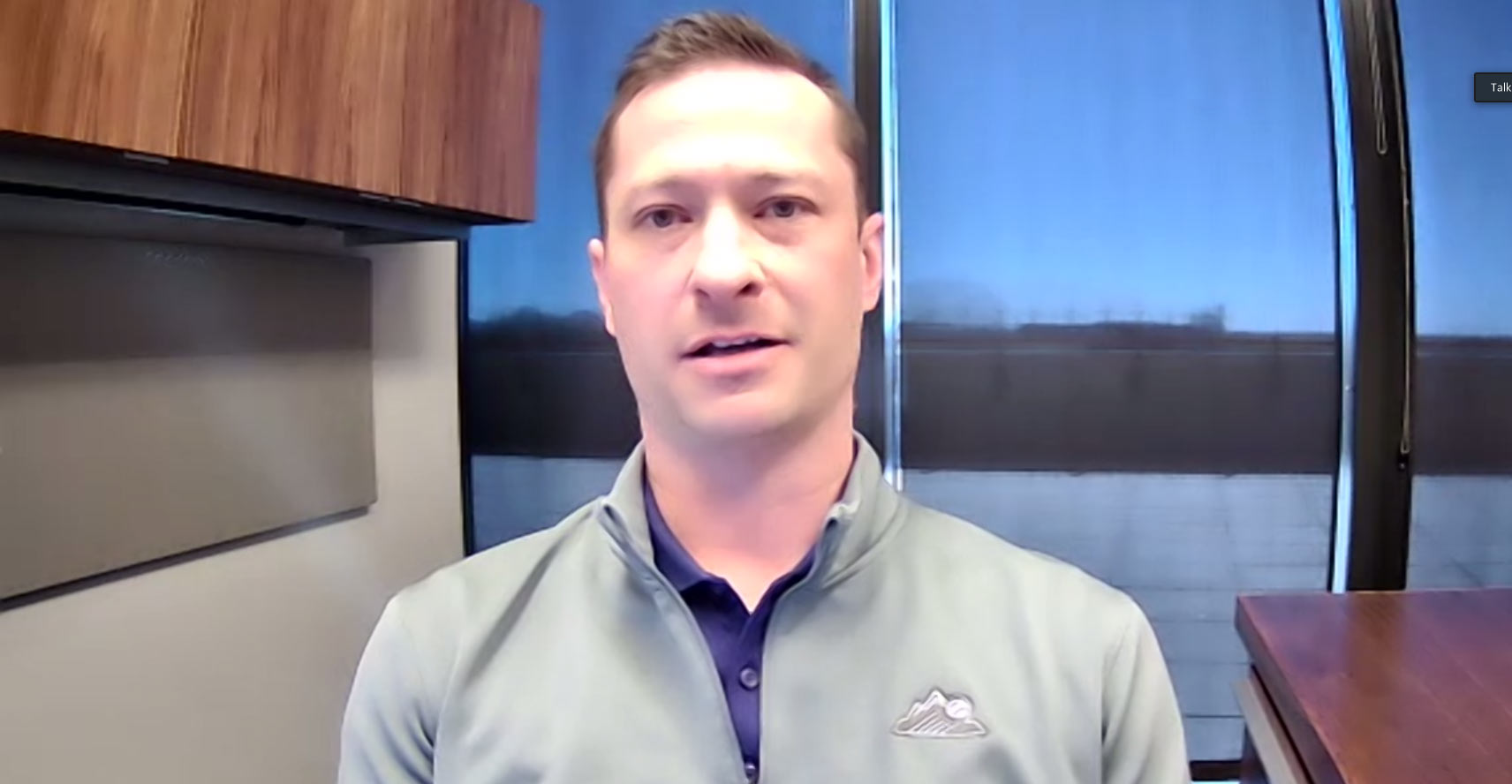 “The frosting on the cake is this beautiful gem landmark of a stadium that you have there.” — Rockies Assistant GM Zach Wilson

In a tumultuous offseason for the Grizzlies and the minor league system, the status of affiliated baseball in Fresno was at jeopardy at one point.

However, the team, the city and Major League Baseball came to an agreement. That included a change in the Chukchansi Park lease, that reduced rent from $500,000 a year to $100,000.

Mayor Jerry Dyer called the stadium the best in the nation and an anchor for downtown Fresno.

“The frosting on the cake is this beautiful gem landmark of a stadium that you have there. And when you fill that with the great fans of Fresno, we couldn’t think of a  greater development environment for our players to start their career,” Wilson said.

The new agreement with the Rockies is for 10 years, five times as long as the usual two-year agreements in the previous MLB-minors structure.

“To not have to worry about those things for the long term, I think is going to get us off to a great start. But it’s also going to help us truly establish ourselves in that Fresno community, which is a huge part of what we want to accomplish,” Wilson said.

Dyer said baseball creates family memories. For him growing up, it was San Francisco Giants games at Candlestick Park.

“I’ve made my grandchildren a promise that I was going to make memories with them right here watching the Colorado Rockies at Chukchansi Park,” Dyer said.

Wilson acknowledged that players at the Low-A level will have less experience than what Fresno fans may be accustomed too.

Triple-A players are either at the cusp of making their Big League debut, or veterans holding on for one more shot, Wilson said.

But, the Rockies plan to send its top young players to Fresno.

“It’s a grouping of prospects that are starting their career sort of all at the same time,” Wilson said. “(They are) going to be an exciting group of younger prospects, you know, a lot of our sort of upper echelon prospects.”

Wilson would not commit to sending their top draft pick in 2020, outfielder Zac Veen, to Fresno, but said it was a “reasonable expectation.”

“There’s a pretty good likelihood that players that we draft very early on are going to make their way to Fresno,” Wilson said.

Wilson said there is a chance that Major League players rehabilitating an injury could be sent to Fresno as well.

“You’ve got a Triple-A facility that’s there. It makes sense to send a Major League player there for a bunch of different reasons,” Wilson said.

Franks, the Grizzlies’ president, said the economics will be different for the team.

Travel will be different. All teams in Low-A West are located in California. The schedule will be played six games in the same location at a time.

That means the Grizzlies can bus to the other seven Low-A West locations, from Stockton in the north to Lake Elsinore in the south.

“Our head of operations won’t have to go to the airport at 4 a.m. anymore. So we’re going to certainly have some things that are easier to manage,” Franks said.

The 15-year agreement with Chukchansi Gold Casino and Resort for the stadium’s naming rights expires at the end of the year. The current deal is worth $1 million a year.

Franks said the two sides are in negotiations for a renewal.