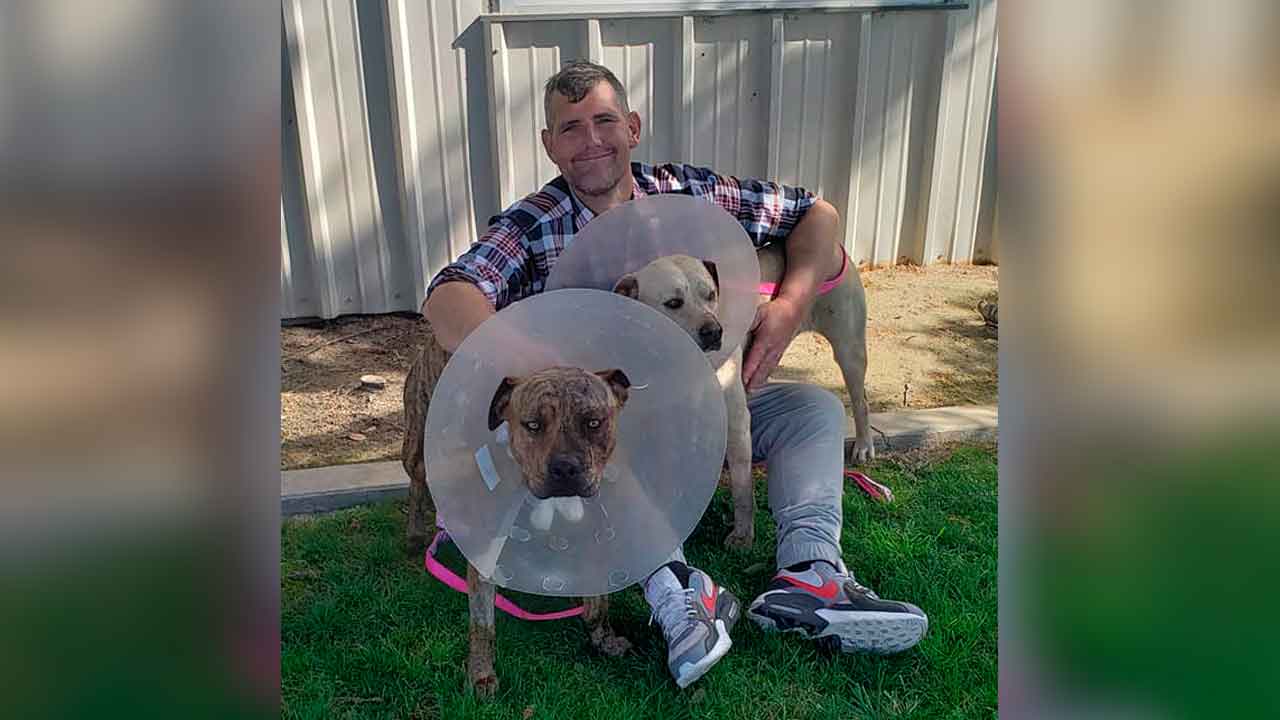 Two dogs allegedly attacked by a man with an ax have successfully finished reconstructive surgery and were briefly reunited with their owner before being admitted to a local veterinary clinic to complete their recovery.

The dogs, a mother and daughter duo named Yellow and Beretta, have become a social media rallying cry as individuals across Bakersfield and the United States have donated more than $10,000 to fund their surgery and recuperation.

According to the Bakersfield Police Department, officers responded to reports of a physical fight early Monday morning. They arrived to find the two dogs seriously injured after being struck by an ax.

Owner Jarrett Woltz, who was living on the street at the time of the purported incident, said he has been with his pets practically every day since the moment they were born, and had no idea what he was going to do if Beretta and Yellow did not survive.

The dogs were staff favorites during their stay at Bakersfield Veterinary Hospital and were “super sweet,” according to a staffer. On Wednesday, the dogs were healthy enough to leap into Woltz’s arms after they were released.

An animal cruelty investigation has been launched, and police are searching for a suspect who was seen with an ax at the time of the incident.

NASA Engineers Prepare for ‘Seven Minutes of Terror’ on Thursday