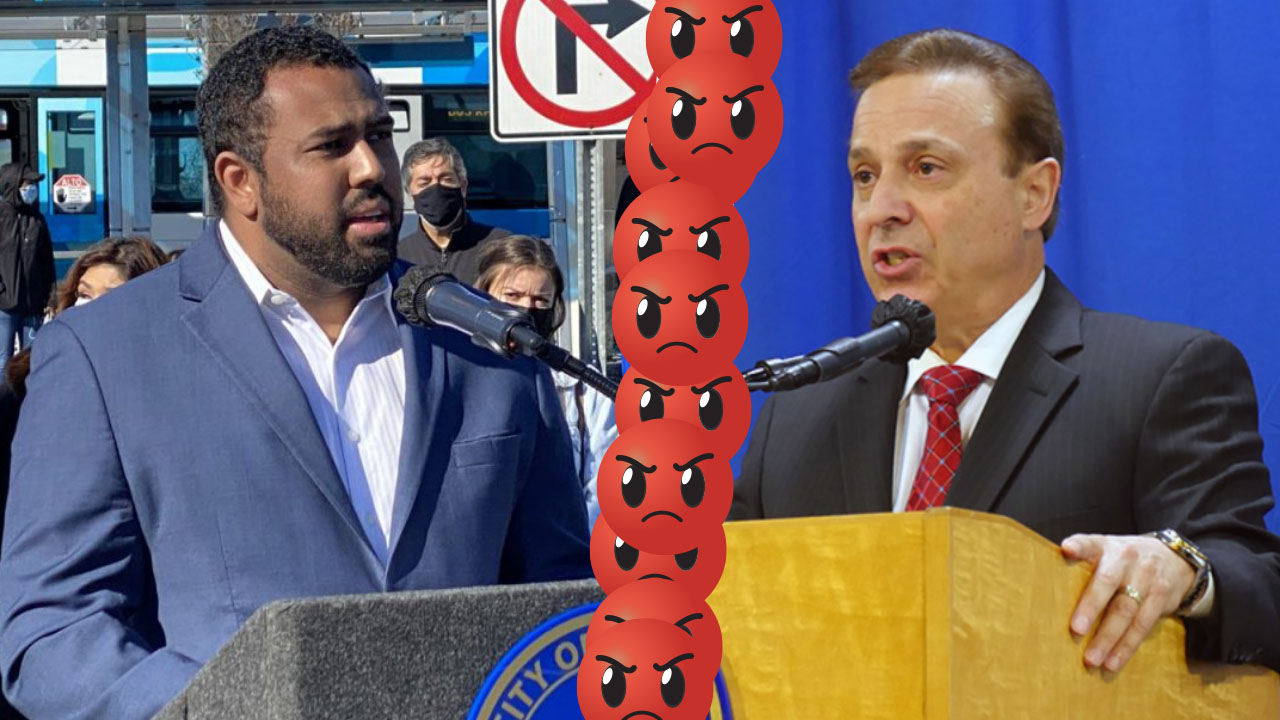 It started Wednesday when Bredefeld floated the idea of the city suing Fresno Unified to reopen its schools.

That was quickly met with rebuke from Esparza, who not only vowed that the City Council would not be voting on such a proposal, but that Bredefeld would be removed from the council’s school liaison subcommittee.

“Esparza has no such authority to change that appointment,” Bredefeld responded in a Thursday news release. “He mistakenly believes by being the Chair he has dictatorial powers; he does not.”

On Friday, Esparza was cryptic, but defiant.

“I don’t have the energy to respond to every single tantrum Garry Bredefeld throws. But let me rephrase just this once … Garry Bredefeld will not serve on any education committees at the City Council level,” Esparza said.

Asked how he planned to accomplish that, Esparza just said “stay tuned.”

Bredefeld’s motion to initiate a lawsuit, for now, is on the City Council’s agenda for next Thursday. There is no item, however, to discuss Bredefeld’s potential removal.

FUSD Trustee: I Wish He Talked with Me

Claudia Cazares, Fresno Unified board trustee, said Bredefeld did not reach out to her or other board members before issuing his news release.

“We would have been able to explain how our calculated decisions have been made, how our plans for reopening have been made and approved unanimously by our board, why we’re interested in keeping the health of not only our students, our teachers, but their family members at the top of our priority list,” Cazares said.

Cazares said that when Fresno County is in the orange tier of the state’s COVID-19 reopening plan, which will occur when infection rates are moderate instead of massive, students will be able to return to on-campus classes.

The latest map released by Gov. Gavin Newsom’s office classifies Fresno Unified as “distance learning only”; neighboring Clovis Unified is in “hybrid” status. The district announced its plan to return middle- and high-school students to campus starting the week of Feb. 22.

Clovis Unified elementary school students are already back on campus in a limited capacity.

If the council follows its own policy, Bredefeld could be correct.

Rule No. 25 in its procedural manual states that committee appointments last for two years and the appointments are made at an annual meeting, this year held on Feb. 4.

At that meeting, the council could “consider removal of any appointee for cause, such as for failure to keep Council informed of the Committee’s activities, or for excessive absenteeism without good cause.”

The council voted unanimously to place Bredefeld on the education subcommittee.

Esparza wasn’t the only elected leader to have a harsh response.

Fresno County Board of Education trustee James Martinez wrote on Twitter: “Maybe if instead of wasting time and resources on a desperate attempt to rally the last of the alt-right voters in Fresno, you spent it on reminding your district to wear masks and stop super spreading at Trader Joe’s, our students would probably be able to return sooner.”

Asked if the rhetoric on both sides is healthy, Martinez said, “It’s an open dialogue. It’s a public forum. Everybody has their right to exercise their First Amendment free speech. … I just hope it stays respectful.”

Maybe if instead of wasting time and resources on a desperate attempt to rally the last of the alt-right voters in Fresno, you spent it on reminding your district to wear masks and stop super spreading at Trader Joe’s, our students would probably be able to return sooner. 🤔 https://t.co/g7I00dSekZ

Fresno Unified Superintendent Bob Nelson — known for using the slogan “militantly positive” and to warn students about the effects of social media messages — took to Twitter to compare Bredefeld to U.S. Capitol rioters.

Nelson was not available to comment on the language used in his tweet. The district did send a comment Nelson made earlier about Fresno Unified returning to in-person instruction once it’s safe to do so.

She Was Pregnant When She Caught COVID. Now She’s Donating iPads for Other Patients.