The Fresno Housing Authority reported Thursday that Prince, who has led the local agency for 14 years, will start his new job on April 30. His resignation from Fresno Housing will be effective March 31. 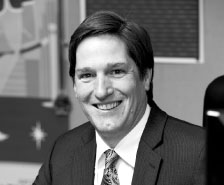 Prince was lauded by board members for strengthening the organization during his tenure and improving educational, health, and wellness for the nearly 50,000 Fresno Housing residents.

‘Will Truly be Missed Here’

“It is bittersweet to learn that Mr. Prince will be leaving Fresno,” Adrian Jones, city chairman of the Fresno Housing Board of Commissioners said in a statement. “We know that his success at Fresno Housing has resulted in national recognition within the housing industry. He is a leader who always kept his commitment to the residents we serve as his highest priority, he has a lot to offer any community but will truly be missed here.”

Over the next couple of weeks, the Boards of Commissioners will work with the leadership team to ensure a smooth transition that could include naming an interim CEO, and outlining a community-oriented process to find Prince’s replacement, an agency news release said.

Prince said in a statement that his decision to leave Fresno Housing did not come easily: “The most difficult part … is moving away from such a highly innovative and amazing work team.”