Fresno Board OK's 'Disneyland of Schools' Charter Despite Concerns Over Finances, Lease 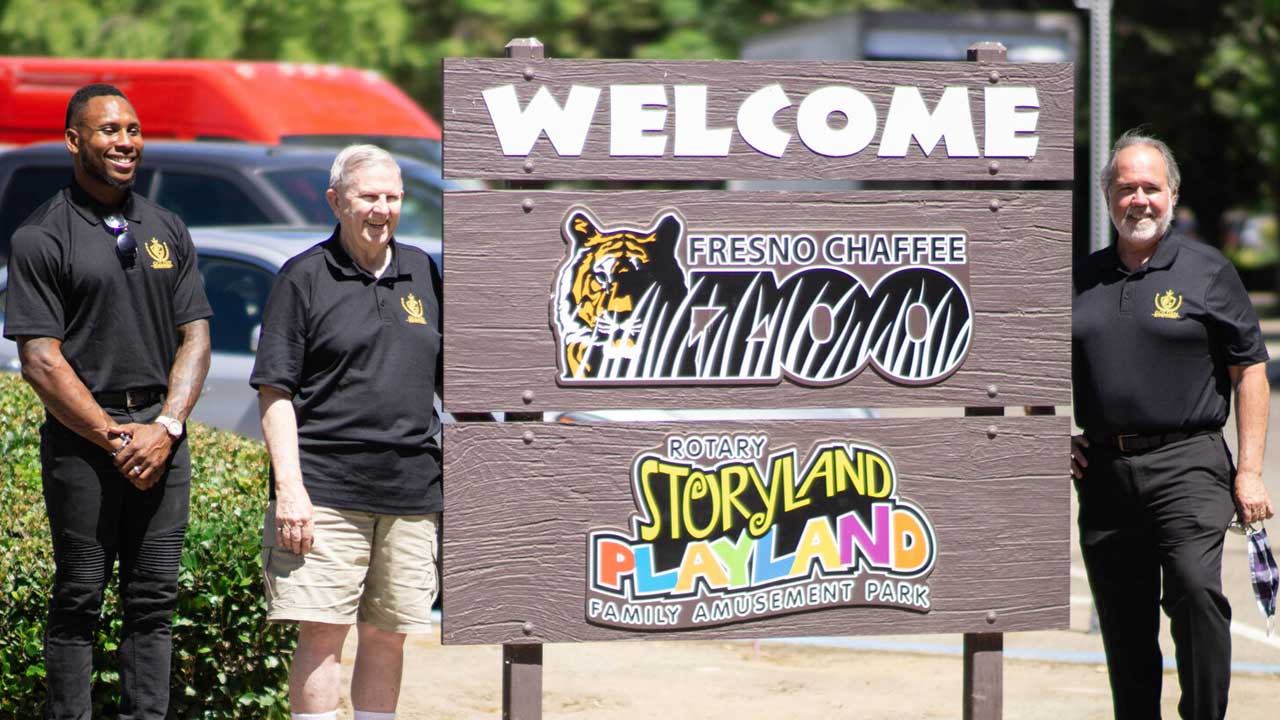 The Fresno Unified School Board voted 4-2 Wednesday night to approve a five-year initial charter for the Golden Charter Academy, a K-8 school that former NFL player Robert Golden hopes will be a “Disneyland of schools” that children will be drawn to and where they will find success.

The vote came after an hourlong discussion about a number of concerns raised by trustees, including whether the lease of Our Lady of Victory Catholic Church School would violate nondiscrimination laws by forbidding instruction about abortion, artificial contraception, and homosexual “lifestyle.”

Board members also asked whether district staff had done sufficient due diligence in the charter petition review in light of Assembly Bill 1505, which took effect in July 2020 and which requires chartering districts to consider the community impact of new charter schools.

There appeared also to be confusion as to the source of start-up funds for the new charter, which is still slated to open in August with students in transitional kindergarten through third grade. The school plans to add a grade level each year over the next four years.

A district staff report had indicated that a for-profit corporation, overseen by Golden, would loan funds to the school. A nonprofit analyst said in a report to the district that such an arrangement would constitute self-dealing and would be a conflict of interest for Golden.

No Conflict of Interest

But Golden said that he created the for-profit corporation early on when he was considering building a new school facility and leasing it to Golden Charter. There may be other school-building options, he said. And the district, as the oversight agency for the charter, would review any leasing arrangements, Golden said.

However, trustees did not get updated information that had been provided to district staff and that would have answered many questions, he said.

As the school’s CEO, Golden will be the head of school, which trustees had questioned since he does not have a teaching certificate. But Golden noted that the principal, who will directly oversee school operations and curriculum, will be certificated.

Hopes to Be a Source of Inspiration

As head of school, Golden told GV Wire℠ later Wednesday, he will be proof that students who come from disadvantaged neighborhoods, as he did, can have big hopes and dreams.

Regarding enrollment, Golden said at the meeting, the school already has registered more students than can be enrolled and will need to hold a lottery to select which students may attend.

The school’s popularity was all but guaranteed — Golden Charter will have an environment-focused curriculum and work in close partnership with Fresno Chaffee Zoo to bring students onto zoo grounds for hands-on learning experiences on a daily or near-daily basis.

Trustee Claudia Cazares said she was particularly concerned that the proposed school lease, with curriculum restrictions specified by the Catholic Diocese of Fresno, might make some LGBTQ families feel discriminated against. But the charter’s board chairman, Ed Gonzalez, told trustees that he and Golden had received an email earlier Wednesday from the Diocese indicating that the restrictive language would be removed from the lease agreement.

The charter’s plan is to lease the school for one year, with an option to renew it for a second year if need be, while its new school is being constructed near the zoo.

Cazares, who had appeared to oppose the charter petition, said she would vote in favor of it “with the caveat that it be a non-sectarian lease agreement. She joined trustees Elizabeth Jonasson Rosas and Terry Slatic, and board President Valerie Davis in voting to approve the charter.

Trustees Veva Islas and Carol Mills, who had raised concerns at an earlier hearing on Jan. 13 and again Wednesday over the completeness of the petition, the school lease, enrollment projections, and the lack of a community impact study as required by AB 1505, voted to deny the charter.

Board clerk Keshia Thomas, who is Robert Golden’s mother-in-law and also serves as vice chair of the charter school’s board of directors, was absent from Wednesday’s meeting.

Came Home to Give Back

Golden, an Edison High School graduate, told GV Wire℠ last year that he returned to his hometown after retiring from the NFL because he wanted to give back to the community and look for ways to help make it better, such as through the creation of Golden Charter Academy.

He said his goal is for the school to provide educational opportunities and career options for children from disadvantaged neighborhoods, such as in southwest Fresno, whose horizons have been limited by their environments.

Golden was grateful to learn this week that Eric Kendricks, a Hoover High grad who is the Minnesota Vikings nominee for the 2020 Walter Payton Man of the Year award for his social activism, was designating a $40,000 NFL donation to Golden Charter.

Golden said he’s still shooting to open the school in August, although the timeframe now will be tighter. According to the original schedule, the FUSD board vote on the charter petition was scheduled for January but delayed until Wednesday.

Now with the petition approved, Golden said, he can give the green light for preparation of an application seeking a substantial federal charter school grant that’s part of the start-up plan. And, he said, there are principal and teacher candidates to interview and hire.

“My team and I, we’re hard workers, we’re ready to roll our sleeves up,” he said.