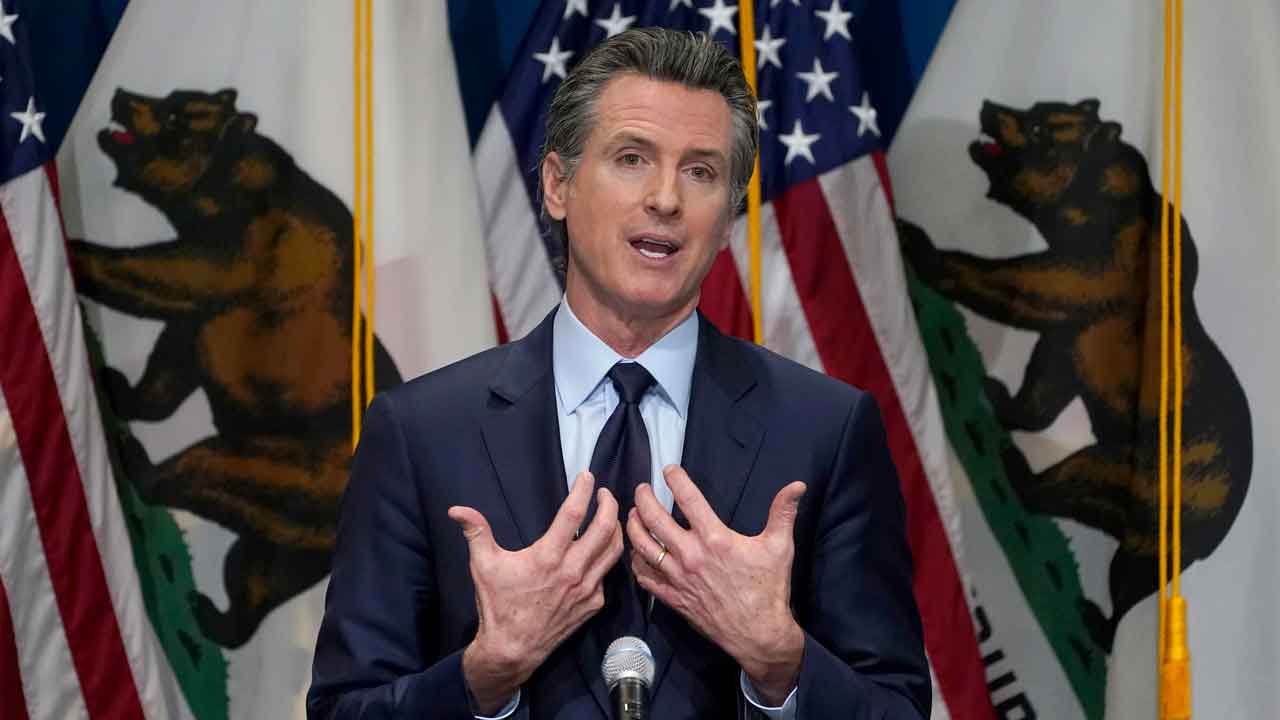 In the year since California saw its first coronavirus case, Democratic Gov. Gavin Newsom has gone from a governor in command to one lurching from one political crisis to the next.

Just in recent weeks, he drew surprise and pushback for abruptly lifting stay-at-home orders; he overhauled the state’s vaccine system as California lags behind smaller states in getting shots out; his effort to reopen schools foundered; and state audits revealed missteps that contributed to at least $10 billion in unemployment fraud.

It all provided fresh fodder for a recall petition that’s circulating — started by Republicans before the pandemic — and on Monday former San Diego Mayor Kevin Faulconer, a Republican, launched a bid against Newsom. Some Democrats are now starting to whisper about the need for a backup plan should voters decide the first-term governor needs to go.

Newsom’s slide from the early days of the pandemic points to the pain facing leaders, particularly Democrats who avoided early political backlash, as virus fatigue takes hold, vaccines remain elusive and voters stop blaming the Trump administration for their trouble.

A poll released Tuesday by the Public Policy Institute of California found just over half of Californians — 54% — approve of how Newsom is handling the job, suggesting the recall effort still has an uphill climb. But that’s down from 65% in May, at the height of his approval. Among Democrats, he’s dropped from 86% support in May to 71% now. About half of independents support him and just 16% of Republicans approve. The poll didn’t ask about the recall.

Bill Burton, a Democratic communications strategist and former spokesman for President Barack Obama who lives in Southern California, said Democrats nationally have hammered a “follow the science” message when many Americans are more immediately worried about getting their kids back in school and reopening their businesses.

“There’s some disconnect between public policy and what regular people are experiencing in their lives,” he said.

For Newsom, the trouble started in November when he was caught dining out at the posh French Laundry restaurant for a lobbyist’s birthday as he told Californians to avoid gatherings, reinforcing perceptions that he is out of touch with people.

California’s messy vaccine rollout and a fresh round of business closures just before Christmas sparked further criticism. In the new year, Newsom drew fire for initially refusing to release the data he was using to determine which regions of the state should be locked down, then abruptly reversed course last week and lifted stay-at-home orders statewide.

Editorial boards for the Los Angeles Times and the San Francisco Chronicle, two of the state’s major newspapers, sharply criticized his decision and questioned his motives.

The decision “raised questions about whether the governor was truly ‘following the science’ as he so often says, or was influenced by growing public discontent about the pandemic restrictions,” the Los Angeles Times editorial board wrote.

Even some of Newsom’s traditional allies criticized him.

Assemblywoman Laura Friedman, a Democrat from the Los Angeles area, was among those who took to Twitter to express surprise and frustration at Newsom’s sudden turnaround. She and others said they’d been given no heads-up by the administration, making it impossible to explain the new rules to confused community members and business leaders.

“If we don’t know in advance, we can’t help with that messaging,” Friedman said. “And then we all look dysfunctional.”

Still, she said she supports Newsom and doesn’t want to see him recalled.

Among voters, there is evidence of frustration. Recall organizers say they’ve collected 1.3 million of the 1.5 million signatures needed by mid-March to put the recall on the ballot. State officials had verified 410,000 as of early January.

Meanwhile, law enforcement officials are investigating threats of death and violence against the governor, his family and his businesses, the Sacramento Bee reported.

Mike Trujillo, a Los Angeles strategist who worked for one of Newsom’s Democratic opponents in the 2018 governor’s race, said Newsom can’t afford to take hits from Democrats with a potential recall looming. The governor’s decision to reverse the stay-at-home orders could alienate members of his own party who have been taking the pandemic extremely seriously, Trujillo said.

“If you’re Team Gavin, your political operation has to be ‘make every Democrat happy,’ and that’s not been his operation style since Day One as governor,” Trujillo said.

He added: “If the lawmakers are willing to speak out, imagine how the base feels.”

Sonja Diaz, founder of the Latino Politics & Policy Initiative at UCLA, said that young workers and people of color are bearing the brunt of the state’s coronavirus surges. She said the Trump administration deserves much of the blame for the disjointed response, but that Democrats need to stay focused on the priorities of vaccinating people and providing economic help rather than bending to critics on the right.

“This isn’t really just on one governor,” she said.

Republicans Lining Up to Run

Newsom last week called the idea that he’s making decisions based on politics “nonsense,” but he’s otherwise sidestepped commenting on the recall. Beyond Faulconer, several other Republicans and a tech billionaire are considering bids if the recall happens, though none are particularly well-known to voters. Most of California’s Republican mega-donors remain on the sidelines.

For now, many Democrats doubt whether the recall will make the ballot. Still, they are looking back to 2003, when voters recalled Gov. Gray Davis, for lessons as they debate whether its worth standing behind Newsom or finding an alternative. In that election, the Democratic lieutenant governor ran, a move that some Democrats say helped Republican Arnold Schwarzenegger win. But others say the party can’t take the chance of not having a credible alternative.

Dan Newman, Newsom’s political strategist, said he’s not worried about the party turning on Newsom and that facing the ire of voters is part of the job.

“People are frustrated and upset, understandably. The pandemic has caused suffering and disruption and it makes it a challenging time to be a public official,” Newman said. “It’s part of what you sign up for — fires and pandemics and vaccine development are not all under your control, but you’re held responsible and that’s part of the deal, fair or not.”