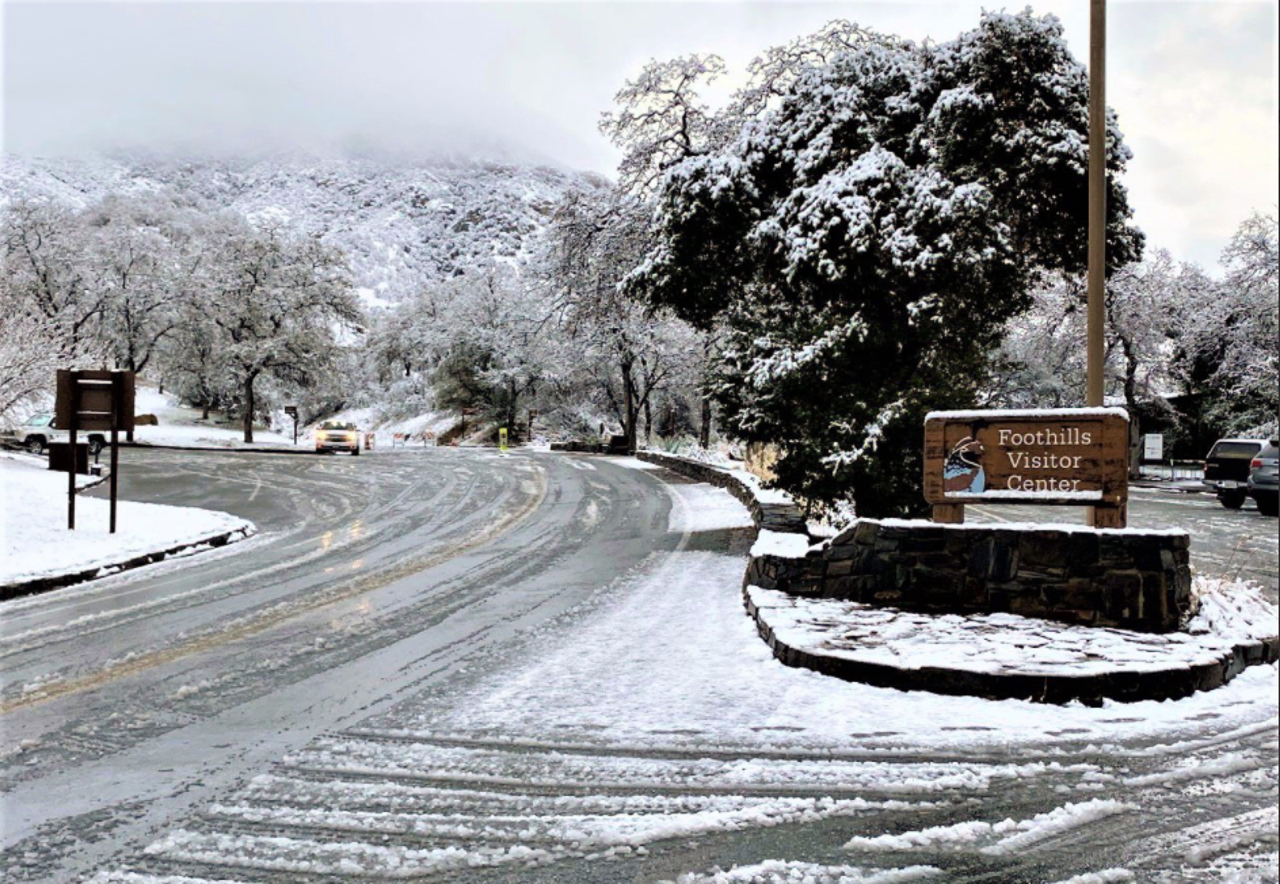 Snow levels were at about 2,500 feet Tuesday night, before rising to around 5,000 feet by Wednesday night.

Over 2 feet of snow so far! 26 inches of new snowfall reported up in Tuolumne Meadows by our amazing weather spotters up there braving the elements to get us the weather data. Great job you guys! Here is a picture of them digging their way to the cotton region shelter. #cawx pic.twitter.com/2M6E1qe17U

Some of the forecast snow totals through Friday evening include:

Inside the entrance gate to Sequoia National Park, the Generals Hwy. is closed due to snow at the Foothills Visitor Center. For updates and other weather and road condition information there, you can call 559-565-3341 (dial 1, 1).

The Madera County Sheriffs Office is pleading with the public to avoid recreational travel during this current storm after they had to tie up resources Tuesday afternoon locating two overdue campers.

MCSO search and rescue teams were dispatched to the Bass Lake Vista area to locate two overdue campers. A helicopter from the California Highway Patrol responded to assist, as well. After several hours, the campers were located and reunited with family members.

“When deputies and resources are tied up trying to get to someone who drove their vehicle in conditions they shouldn’t have, those resources aren’t available to assist the mothers, fathers, children and grandparents having medical emergencies that need transport to a hospital,” wrote the Sheriff’s Office in a Facebook post. 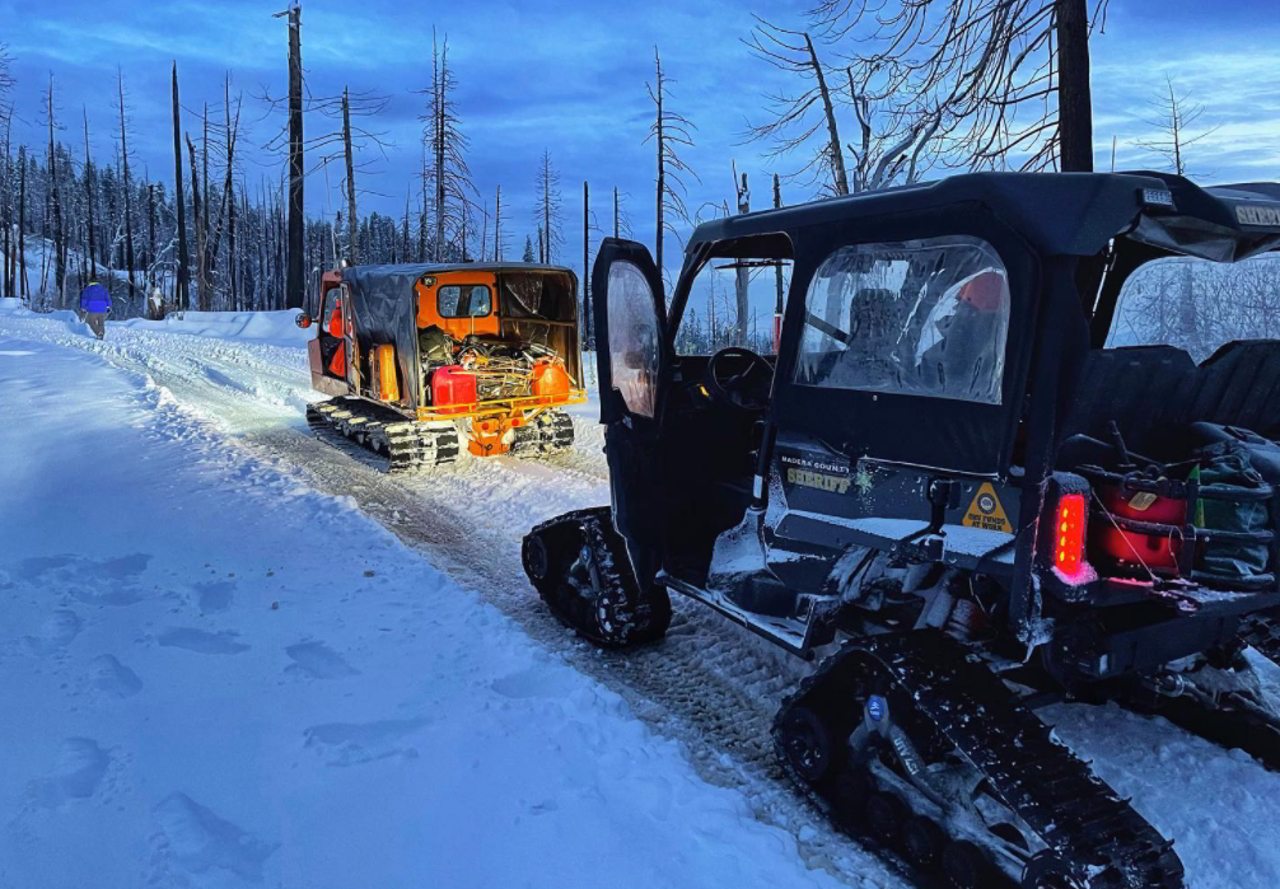 The heavy rain from the storm system has prompted the weather service to issue a flood advisory for parts of Fresno County through early Wednesday afternoon.

Some of the rain totals being reported by NWS weather spotters include:

PG&E reports that systemwide for central and Northern California,  215,300 customers are without power due to the storm. More than 100,000 of those customers are in the Sacramento and Stockton areas.

In the Yosemite Division there are currently 11,265 customers out. PG&E spokesperson Denny Boyles says the majority of which are new outages from this storm in the mountain and foothill communities. “We do still have lingering impacts from the wind storm in Wawona and Fish Camp that are affecting about 350 customers,” says Boyles.

With this major winter storm and atmospheric river that will continue to impact California through the week, please take time to plan ahead for any medical needs in the event of a power outage: https://t.co/UXjLN4xH6m pic.twitter.com/NLzkbPmXZP