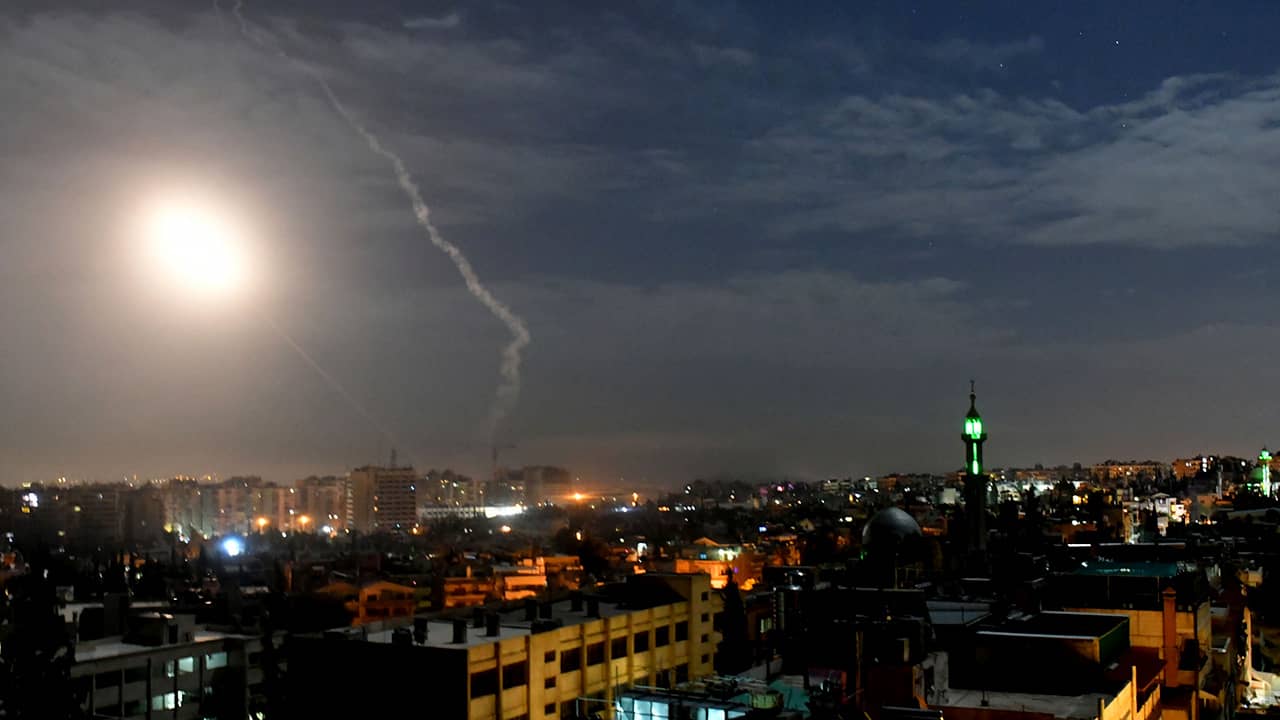 Separately, the Israeli military said it downed a drone that had crossed into Israel from Lebanon. It did not say how the aircraft was brought down. There was no immediate word from the Lebanese side but the militant Hezbollah group has sent drones into Israel’s airspace in the past.

Israeli Prime Minister Benjamin Netanyahu’s office declined to comment on the reports Friday. Israel has launched hundreds of strikes against Iran-linked military targets in Syria over the years. But it rarely acknowledges or discusses such operations.

The Syrian military official said the attack was aimed at several targets in and near the central province of Hama. It added that Syrian air defense units shot down most of the missiles.

The official said the strike killed a family of four, including the parents and two children. The strike also wounded four others, including two children, and destroyed three homes on the western edge of the provincial capital of Hama, SANA quoted the official as saying.

State TV said the family that was killed had been displaced by Syria’s nearly 10-year conflict.

It said the posts were destroyed, adding that parts of one of the air defense missiles fell on a residential area, causing the casualties among civilians.

It was Israel’s first strike on Syria since President Joe Biden took office.

Syria’s foreign ministry complained in a letter to the United Nations chief and the U.N. Security Council, calling the attack a “flagrant violation of Syria’s sovereignty” and international law, SANA said. The ministry said that over the past year, Israel had carried out more than 50 attacks on Syria that killed “a large number of people.”

Tension has been high in the Middle East in recent weeks around the anniversary of the U.S. killing of Iran’s Revolutionary Guard commander Qassem Soleimani in Baghdad last January.

Last week, Israeli warplanes carried out intense airstrikes in eastern Syria, apparently targeting positions and arms depots of Iran-backed forces. At least 57 fighters were killed and dozens were wounded, according to monitors.

The Observatory said it recorded 39 Israeli strikes inside Syria in 2020 that hit 135 targets, including military posts, warehouses and vehicles.

Israel views Iranian entrenchment on its northern frontier as a red line, and has repeatedly struck Iran-linked facilities and weapons convoys destined for Hezbollah. The latest strikes also come amid intensifying low-altitude Israeli warplane missions in Lebanese skies that have caused jitters among residents.