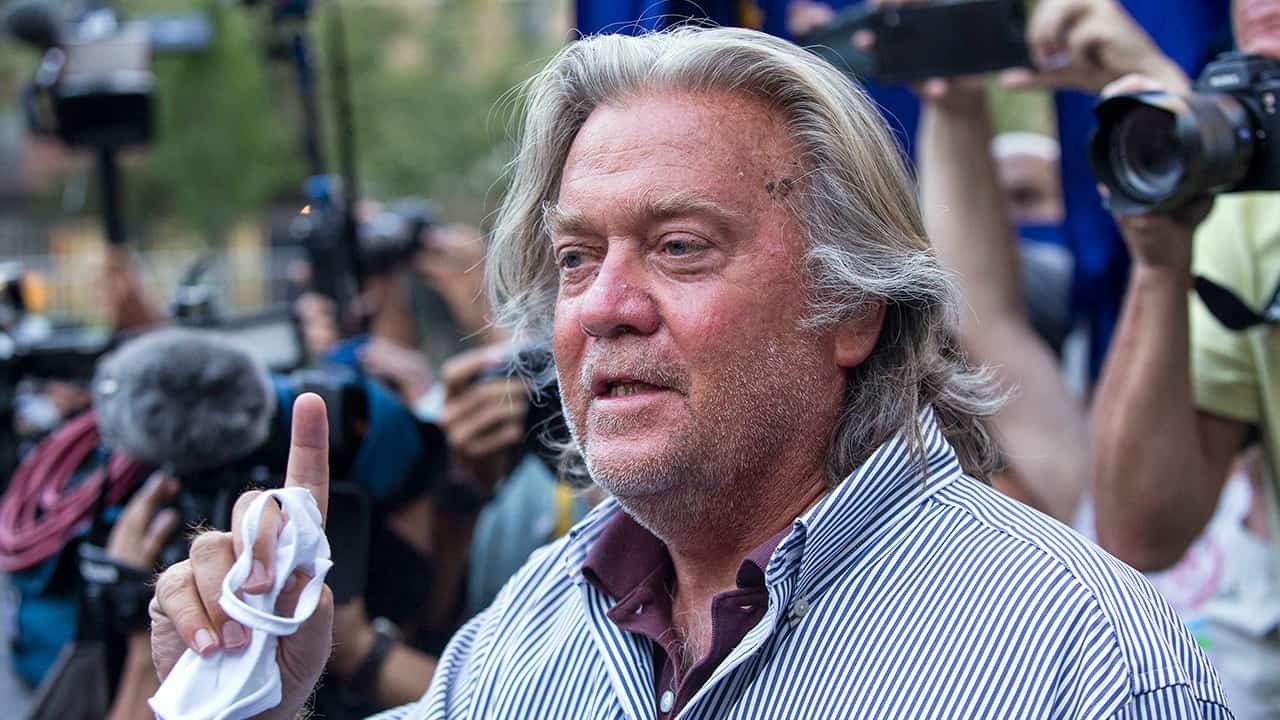 WASHINGTON — President Donald Trump pardoned former chief strategist Steve Bannon in the final hours of his White House term as part of a flurry of clemency action that benefited more than 140 people, including rap performers, ex-members of Congress and other allies of him and his family.

The last-minute clemency, announced after midnight on Wednesday, follows separate waves of pardons over the past month for Trump associates convicted in the FBI’s Russia investigation as well as for the father of his son-in-law.

Taken together, the actions underscore the president’s willingness, all the way through his four years in the White House, to flex his constitutional powers in ways that defy convention and explicitly aid his friends and supporters.

Trump did not pardon himself, despite speculation that he would, in the face of potential federal investigations. He had previously asserted that he had the authority to do so. He also did not pardon his children or his personal lawyer, Rudy Giuliani.

The final list was full of more conventional candidates whose cases had been championed by criminal justice activists. One man who has spent nearly 24 years in prison on drug and weapons charges but had shown exemplary behavior behind bars had his sentence commuted. So did a former Marine sentenced in 2000 in connection with a cocaine conviction.

Even so, the names of prominent Trump allies nonetheless stood out.

One pardon recipients was Elliott Broidy, a prominent Republican fundraiser who pleaded guilty last fall in a scheme to lobby the Trump administration to drop an investigation into the looting of a Malaysian wealth fund. Another was Ken Kurson, a friend of Trump son-in-law Jared Kushner who was charged last October with cyberstalking during a heated divorce.

Bannon’s pardon was especially notable given that the prosecution was still in its early stages and any trial was months away. Whereas pardon recipients are conventionally thought of as defendants who have faced justice, often by having served at least some prison time, the pardon nullifies the prosecution and effectively eliminates any prospect for punishment.

Bannon was charged in August with duping thousands of donors who believed their money would be used to fulfill Trump’s chief campaign promise to build a wall along the southern border. Instead, he allegedly diverted over a million dollars, paying a salary to one campaign official and personal expenses for himself. His co-defendants were not pardoned.

Other Presidents Have Issued Controversial Pardons Before Leaving the White House

“Steve Bannon is getting a pardon from Trump after defrauding Trump’s own supporters into paying for a wall that Trump promised Mexico would pay for,” Rep. Adam Schiff, D-Calif., said on Twitter. “And if that all sounds crazy, that’s because it is. Thank God we have only 12 more hours of this den of thieves.”

Other presidents have issued controversial pardons before leaving the White House. But perhaps no other commander in chief has so enjoyed using the clemency authority to benefit not only friends and acquaintances but also celebrity defendants and those championed by allies.

Among them were rappers Lil Wayne and Kodak Black, both convicted in Florida on weapons charges. Wayne, whose real name is Dwayne Michael Carter, has frequently expressed support for Trump and recently met with the president on criminal justice issues. Kodak Black, also known as Bill K. Kapri, had his sentence commuted.

Pardoned were former Rep. Rick Renzi, an Arizona Republican who was sentenced to three years for corruption, money laundering and other charges, and former Rep. Randy “Duke” Cunningham of California, who was convicted of accepting bribes from defense contractors. Cunningham, who was released from prison in 2013, received a conditional pardon.

Trump commuted the prison sentence of former Detroit Mayor Kwame Kilpatrick, who has served about seven years behind bars for a racketeering and bribery scheme.

Trump had already pardoned a slew of longtime associates and supporters, including his former campaign chairman, Paul Manafort; Charles Kushner, the father of his son-in-law; his longtime friend and adviser Roger Stone; and his former national security adviser Michael Flynn.

Bannon, Who Clashed With Other Top Advisers, Was Pushed Out After Less Than a Year

Bannon was the only most recent. He did not respond to questions Tuesday.

A voice of nationalist, outsider conservatism, Bannon led the conservative Breitbart News before being tapped to serve as chief executive officer of Trump’s 2016 campaign in its critical final months.

He later served as chief strategist to the president during the turbulent early days of Trump’s administration and was at the forefront of many of its most contentious policies, including its travel ban on several majority-Muslim countries.

But Bannon, who clashed with other top advisers, was pushed out after less than a year. And his split with Trump deepened after he was quoted in a 2018 book making critical remarks about some of Trump’s adult children. Bannon apologized and soon stepped down as chairman of Breitbart. He and Trump have recently reconciled.

In August, he was pulled from a luxury yacht off the Connecticut coast and brought before a judge in Manhattan, where he pleaded not guilty. When he emerged from the courthouse, Bannon tore off his mask, smiled and waved to news cameras. As he went to a waiting vehicle, he shouted, “This entire fiasco is to stop people who want to build the wall.”

The organizers of the “We Build The Wall” group portrayed themselves as eager to help the president build a “big beautiful” barrier along the U.S.-Mexico border, as he promised during the 2016 campaign. They raised more than $25 million from thousands of donors and pledged that 100% of the money would be used for the project.

But according to the criminal charges, much of the money never made it to the wall. Instead, it was used to line the pockets of group members, including Bannon.

Bridge Program Expands to Help Those With Addictions Beyond Opioids